To bring the fight to Ford’s latest 2013 Mustang range, Chevrolet has introduced a series of updates for its Camaro that will include the return of the storied 1LE track package.

Key among the updates, however, is a revamped interior, which includes Chevy’s latest MyLink connectivity feature and 7-inch touch-screen color display on LT, SS and ZL1 models.

The setup can also be paired with an available in-dash GPS navigation system--a first for the Camaro.

The big news for performance fans is the return of the 1LE package on the 2013 Chevrolet Camaro.

Invoking the original option offered on the 1989 Camaro and previewed in concept form at last year’s SEMA, the 1LE package is all about making a car go around a race track at higher speeds. It features unique gearing, suspension tuning, and tires that make the Camaro capable of more than 1 g of lateral acceleration and a sub-three minute lap time at Virginia International Raceway’s Grand Course.

It is offered on Camaro SS coupes with manual transmissions and will cost less than $40,000 drive away. On top of this, Chevrolet is also pursuing SCCA approval of the 1LE package for Touring Class competition in anticipation of owners wanting to take their cars to the track. 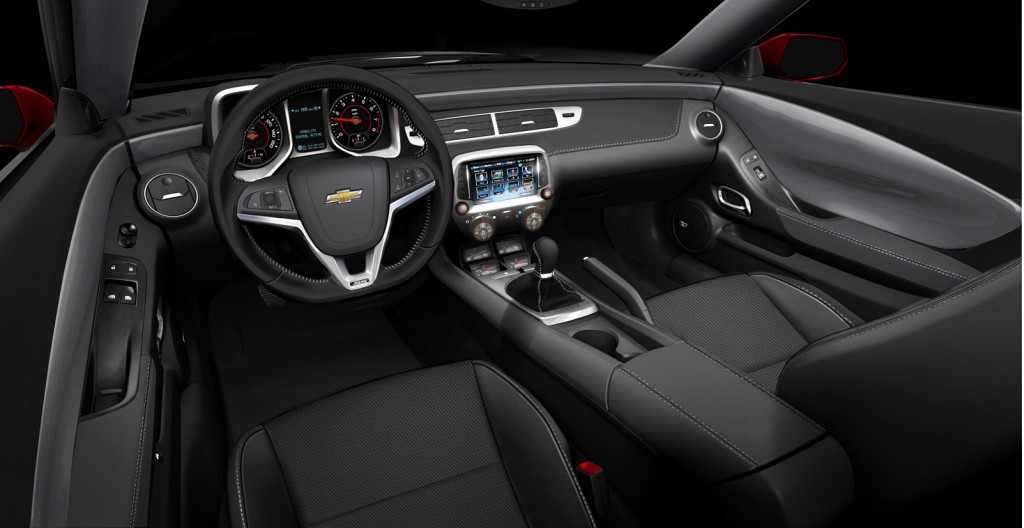 For 2013, all Camaro SS models including the 1LE will feature standard variable-effort electric power steering and an available dual-mode exhaust system. Both features were introduced on the ZL1.

The 1LE also features exclusive monotube rear dampers instead of the twin-tube dampers on SS models. The new hardware allowed engineers to tune the 1LE suspension to focus on optimal body-motion control while preserving much of the ride quality and wheel-motion control of the Camaro SS.

Other changes to optimize the 1LE for track-day use include larger stabilizer bars, a strut tower brace, 20-inch aluminum wheels borrowed from the ZL1, Goodyear Eagle Supercar G:2 tires, an uprated fuel pump, and some functional aero accessories.

Inside, the 1LE also benefits from the ZL1’s flat-bottom steering wheel and short-throw shifter.

The 2013 Chevrolet Camaro range goes on sale this fall. Full pricing and specifications will be released closer to launch.