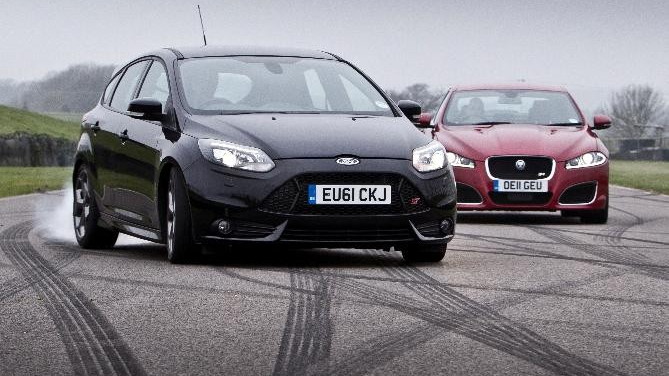 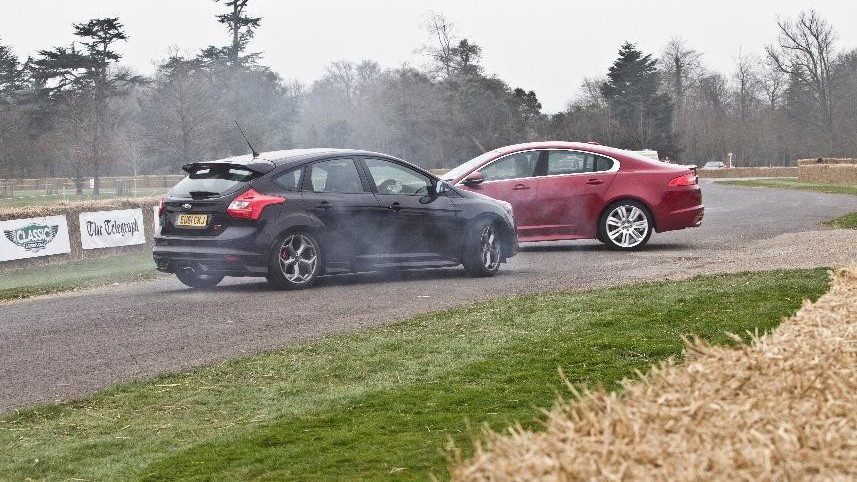 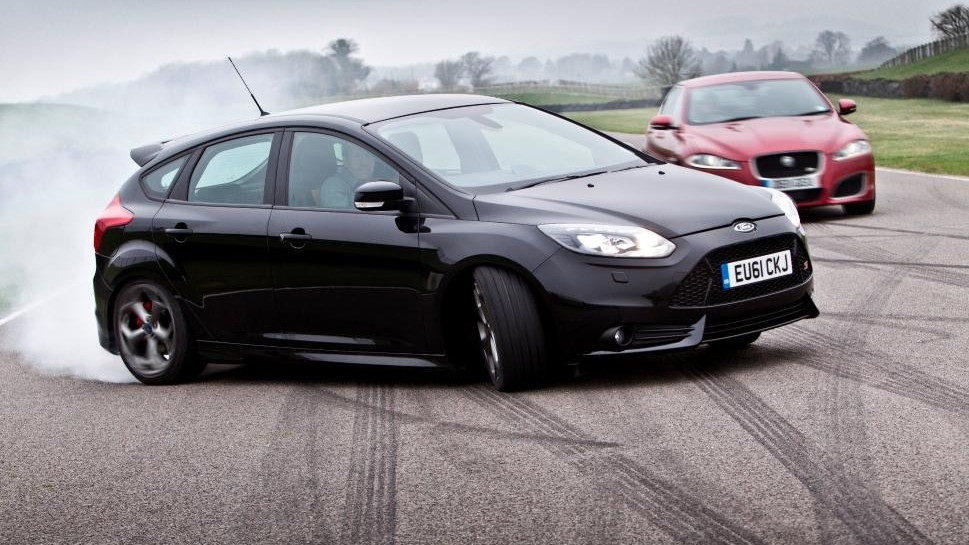 3
photos
Film promotions are often a bit less than excellent--heavy on the cheese, low on the value. This one looks like it might be a bit different. Why? Because it involves a 2012 Ford Focus ST and a Jaguar XFR on course at Goodwood.

Re-enacting a chase scene from the upcoming film The Sweeney, the Goodwood event should be good fun--as the photos teasing the show indicate.

Now, if you're thinking the humble but punchy Focus ST might be a bit outclassed by the Jaguar XFR's 510-horsepower output, you're certainly not alone. On the other hand, the nimble agility of Ford's hot hatch may be enough to overcome the Jaguar's power and significant heft.

Whatever the outcome, the Goodwood hillclimb will be an exciting place come the weekend of June 29-July 1. Of course, there will be plenty of other very, very good reasons to be there beyond this movie promo.

Unlike years past, we Americans won't be left out of the Focus hot-hatch fun. The 2012 Focus ST is coming to the U.S., and after the nearly two-year wait since the announcement at the 2010 Paris auto show, we're sure there are plenty of enthusiasts waiting to snatch them up.