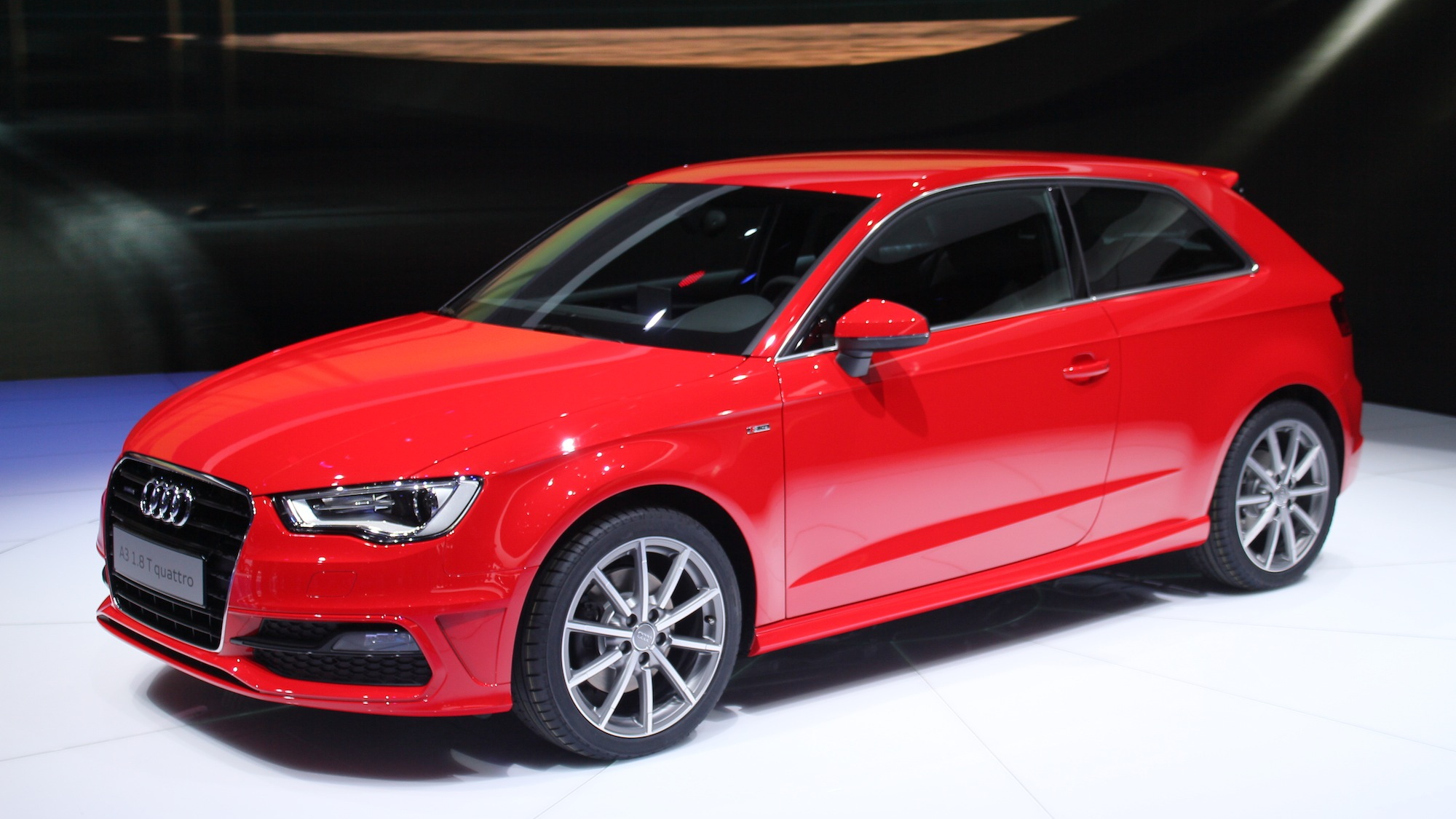 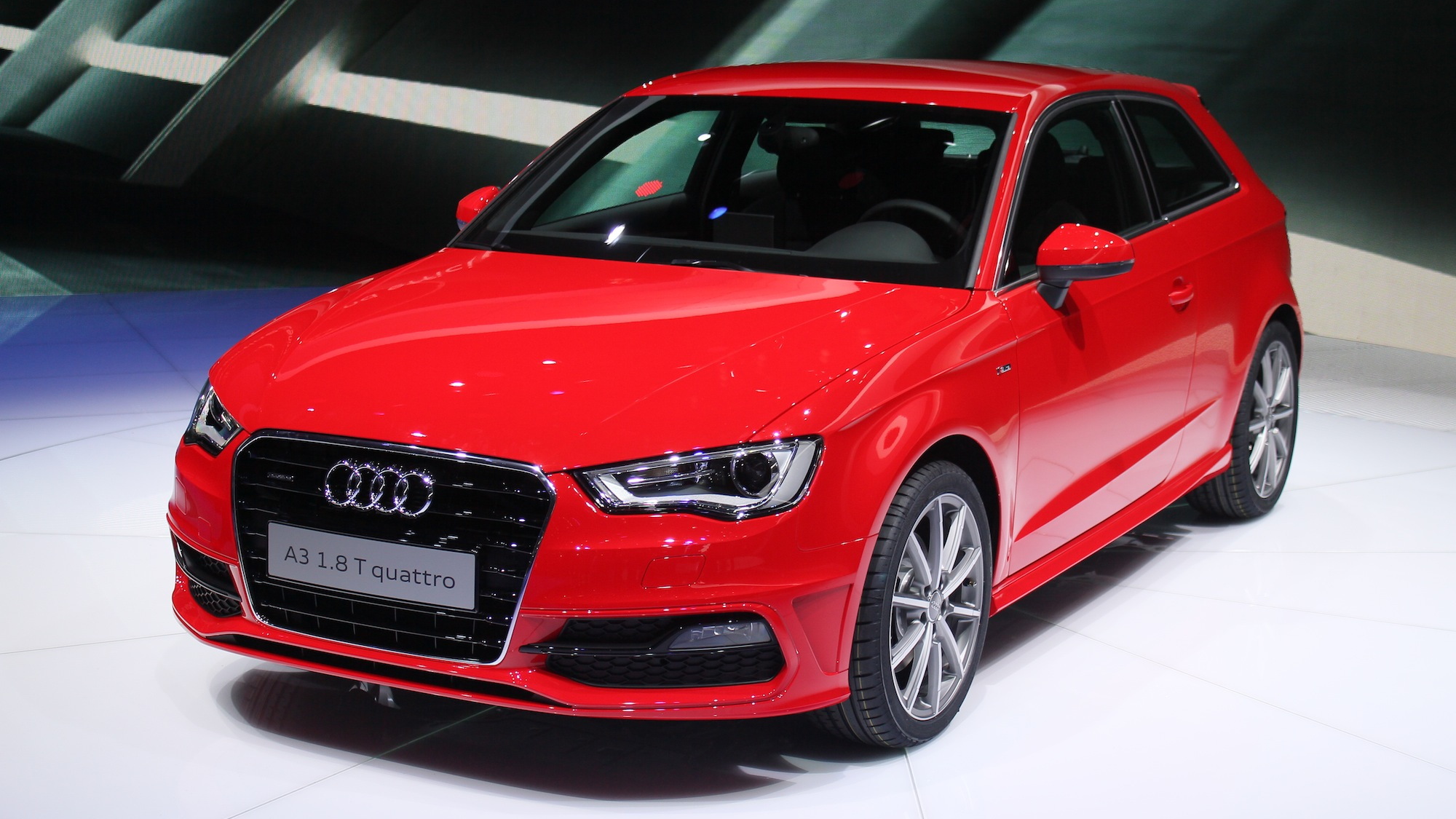 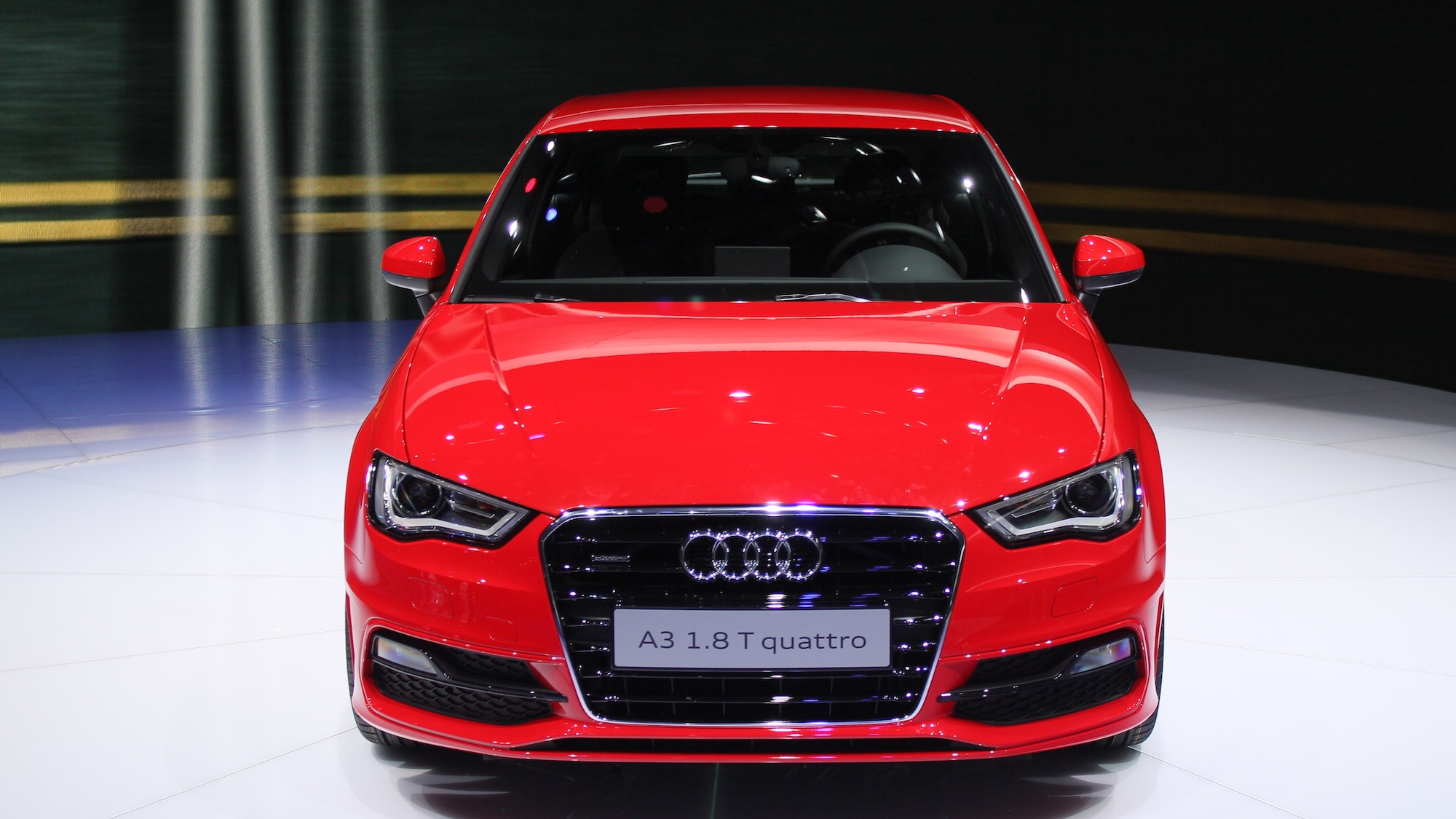 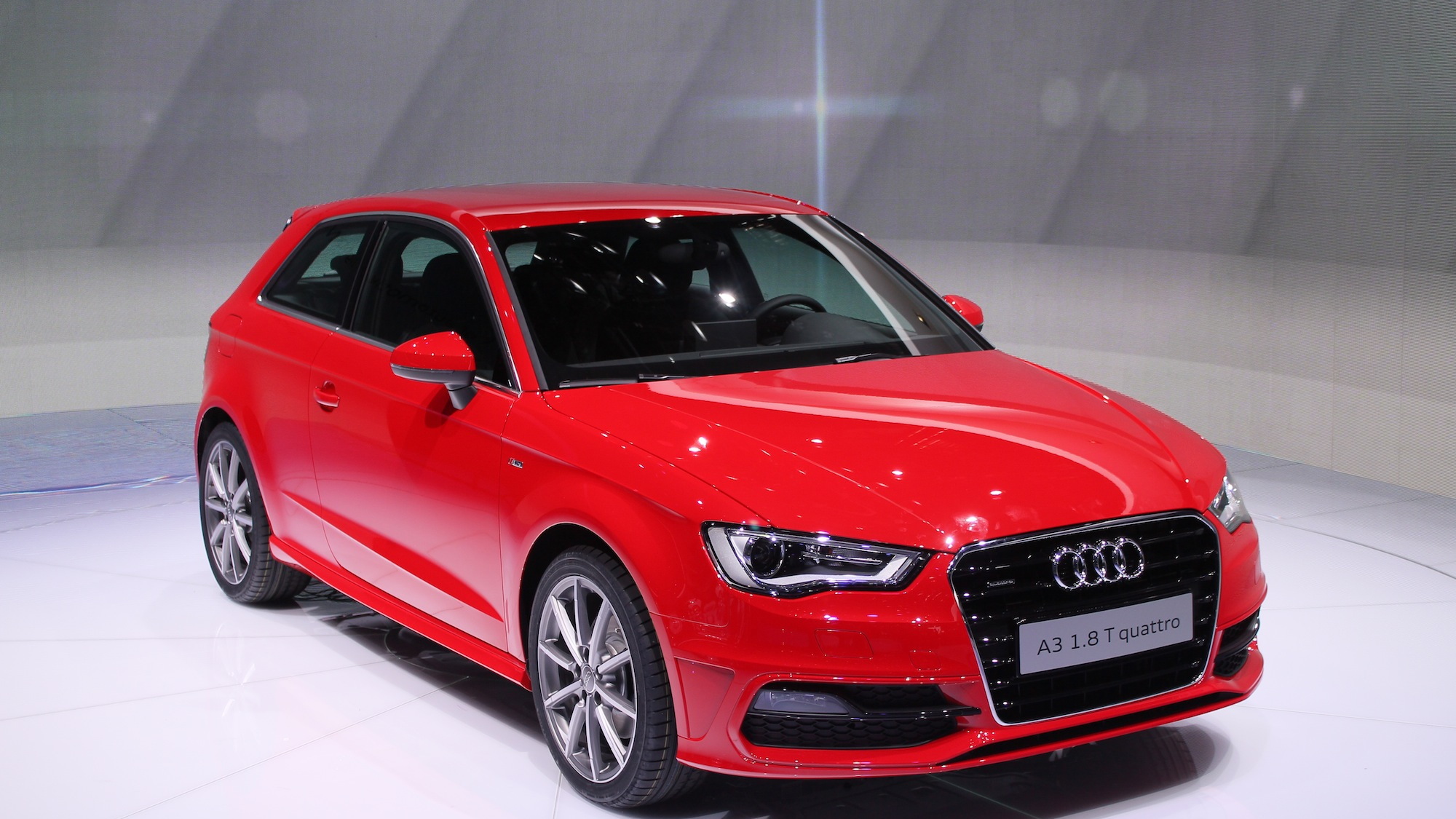 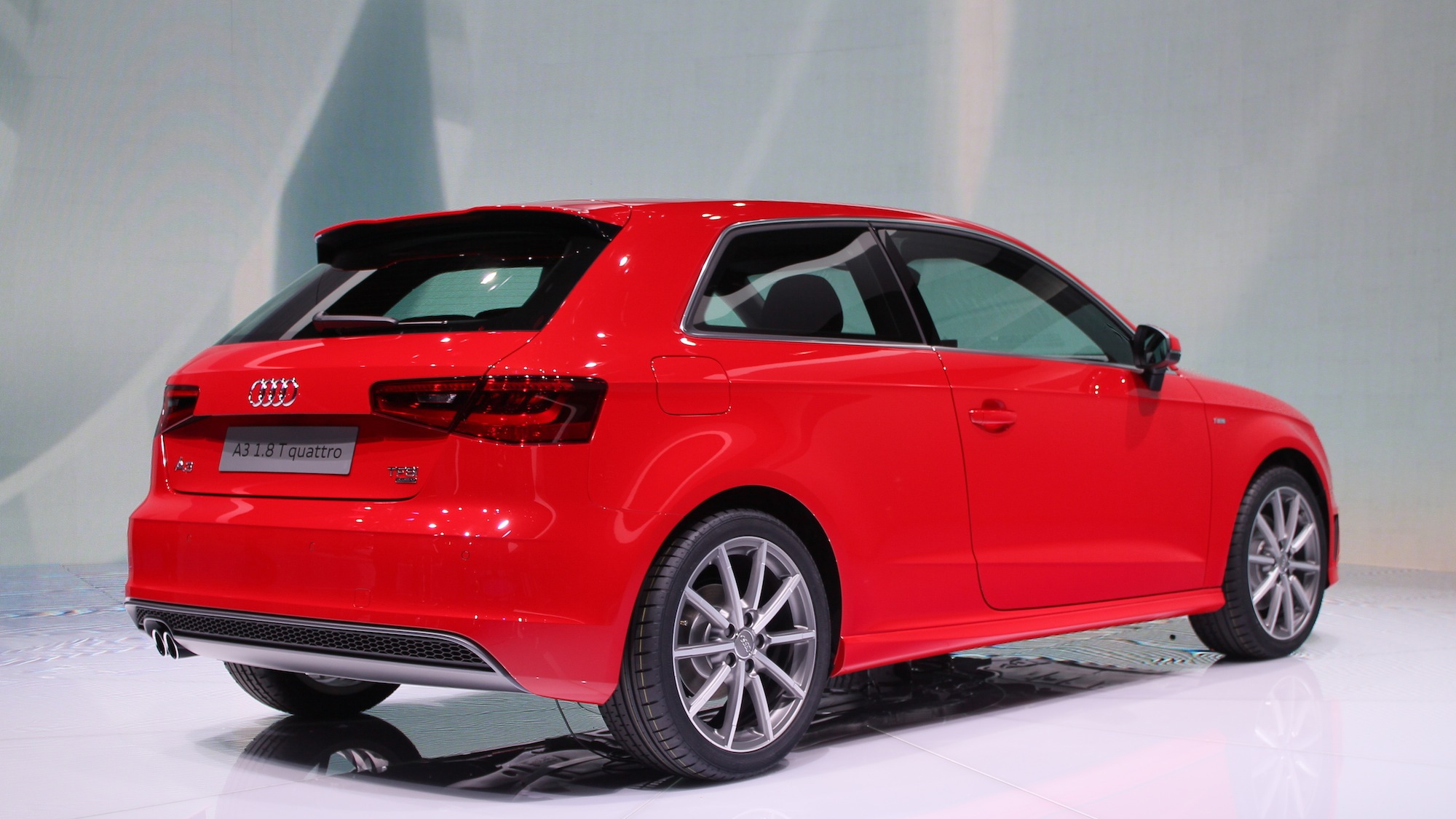 We caught our first glimpse of the 2013 Audi A3 when images leaked onto the internet last month, but the model finally made its official debut at the 2012 Geneva Motor Show.

The new A3 is instantly recognisable as an Audi - the deep, confident grille, LED-equipped lights and clean lines from nose to tail.

At the same time, it's more aggressive and interesting than the previous A3, as befits a car riding on an all-new platform--the VW Group's Modular Transverse Matrix platform. Despite this, the car's dimensions are virtually identical to its predecessor, save for an extended wheelbase to benefit interior space.

Taking a leaf from the book of larger Audis, aluminum panels help cut curb weight by around 176 pounds, allowing the base 1.4 model to nip in at under 2,600 lbs.

The interior design has a sportier look than larger Audis, with circular air vents dominating the dashboard, and Audi's MMI controller interface also makes an appearance. As with the system found in models further up Audi's range, you'll be able to use finger motions to trace characters on the touchwheel.

At launch, there will be three engine options, at least in its European home market--a 1.4-liter gasoline TFSI with 120 horsepower, a 1.8 TFSI with 177 horsepower, and a 2.0-liter turbodiesel, producing 141 horsepower and strong torque. Fuel economy has improved by an average of 12 percent over the previous model. More engines will follow, as will Audi's famous quattro all-wheel-drive system.

The first A3s hit Europe at the end of summer. U.S. sales details are yet to be confirmed.

For more information from the 2012 Geneva Motor Show, check out our dedicated show page.