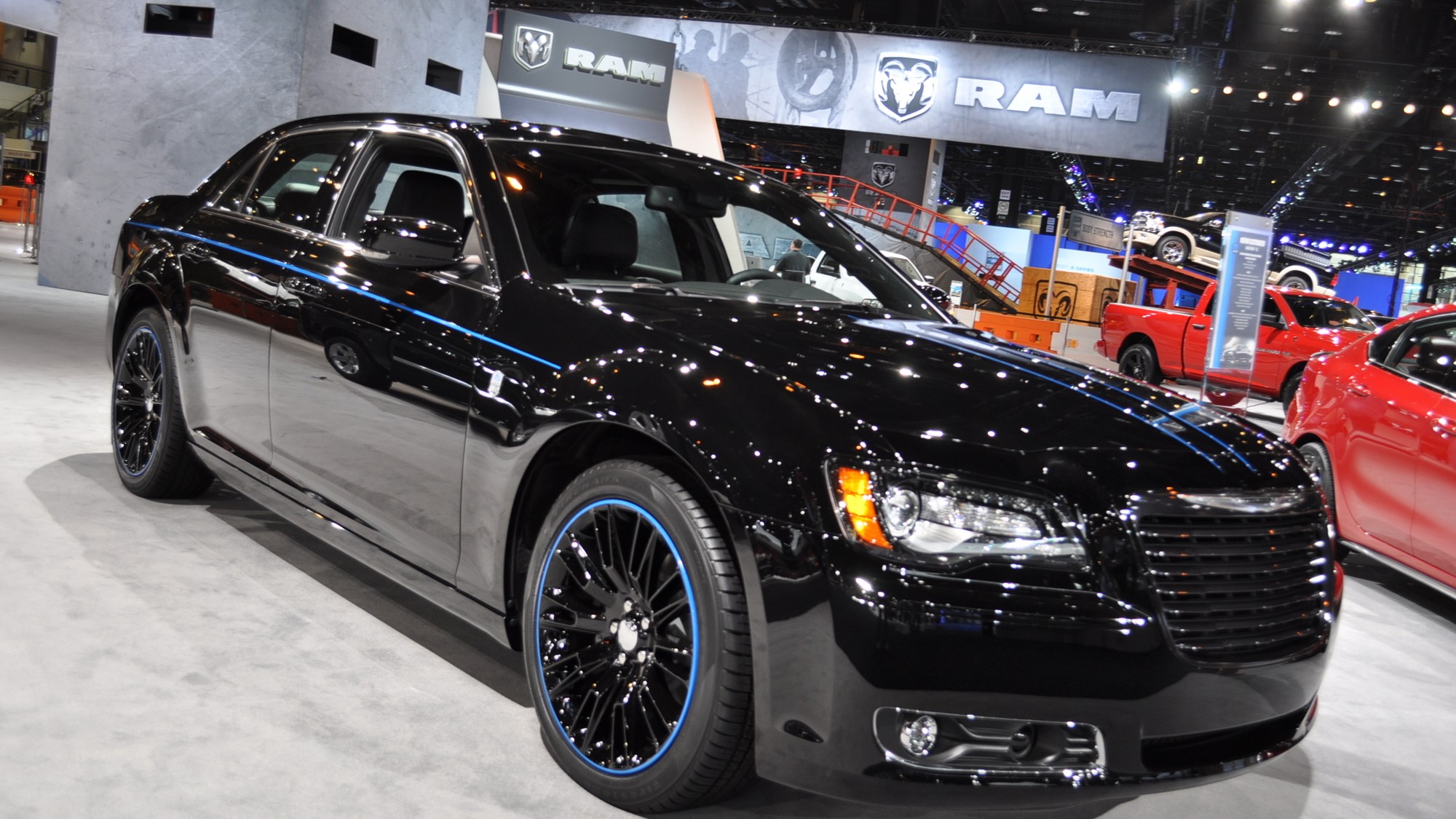 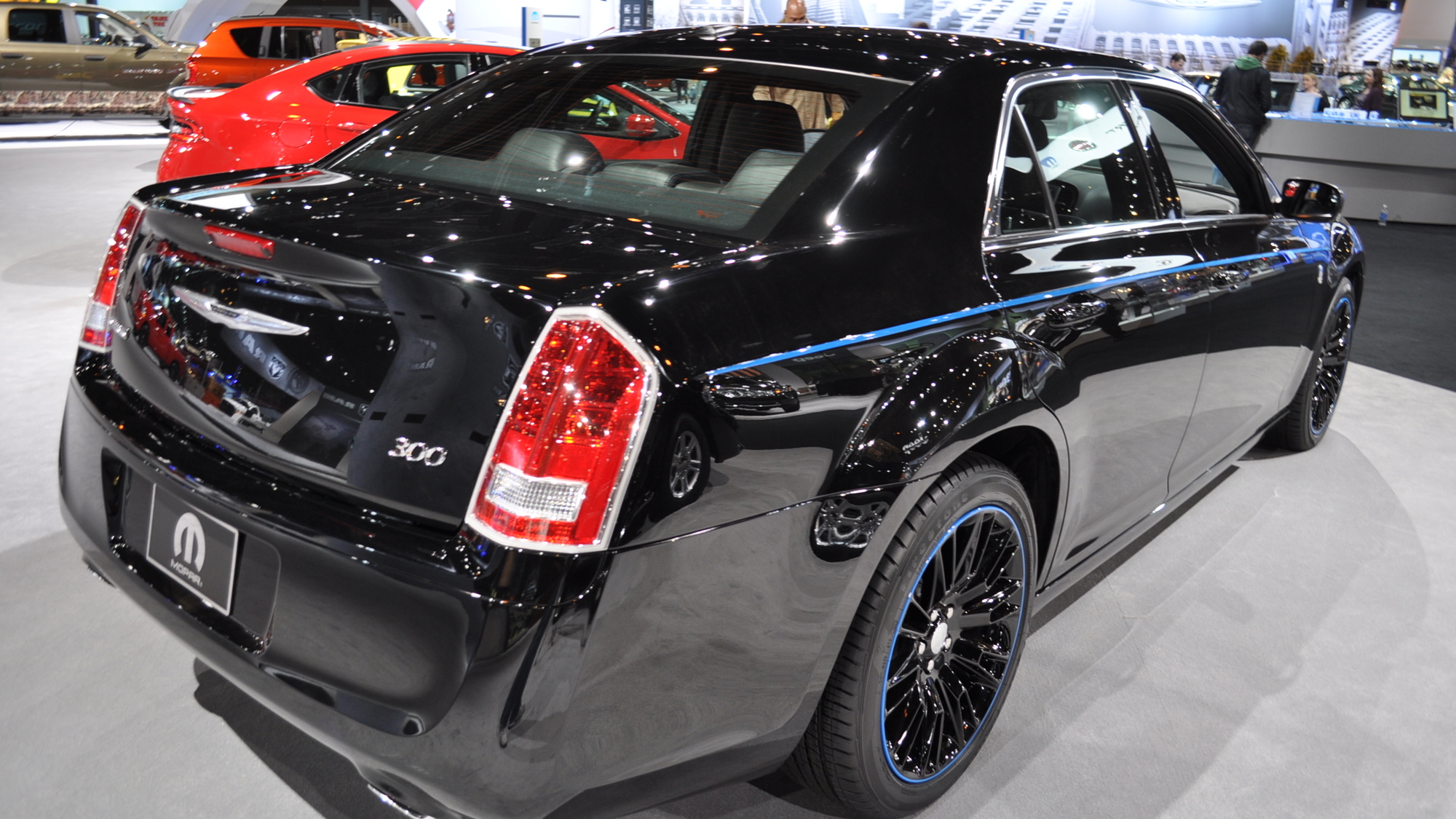 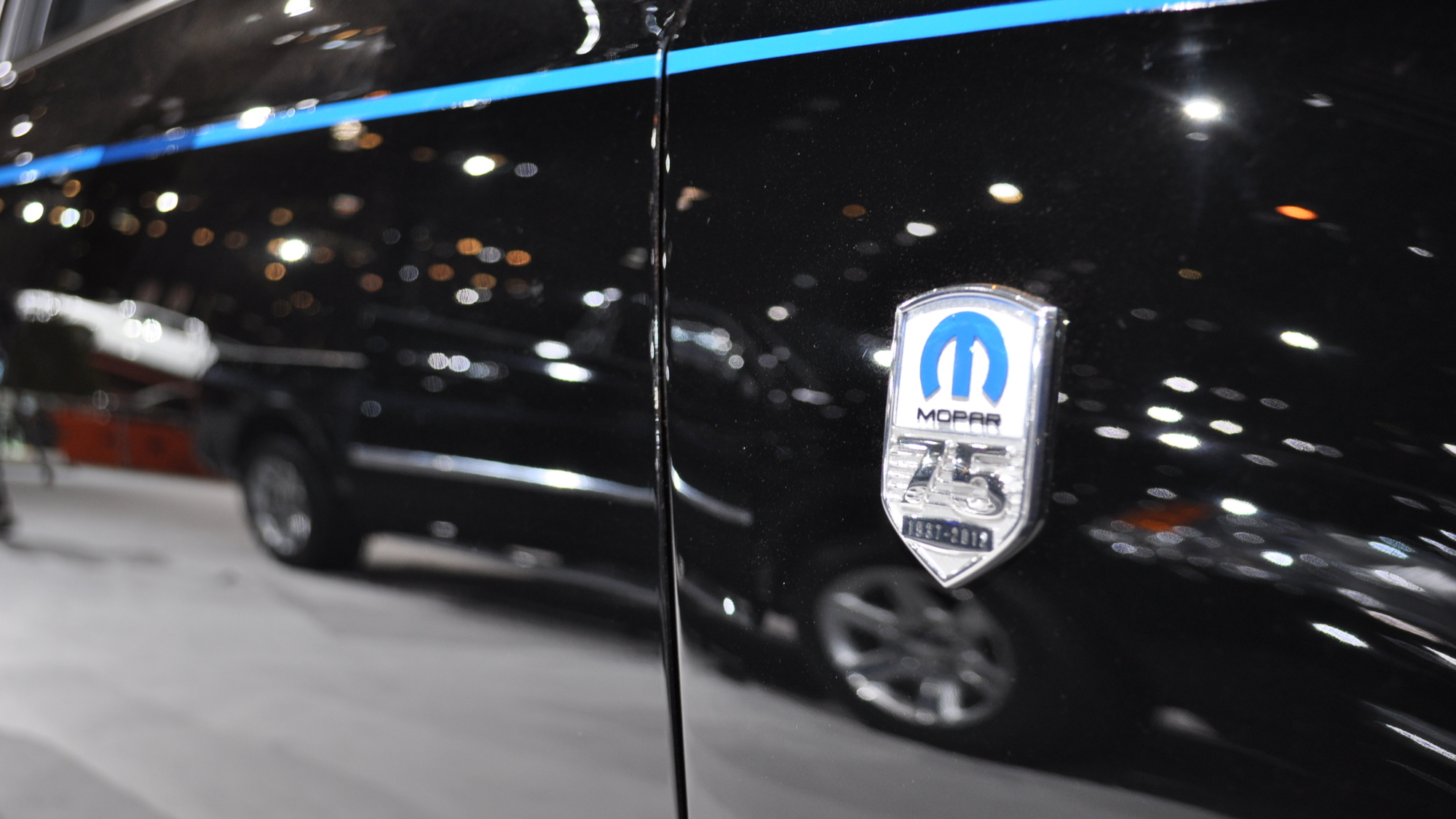 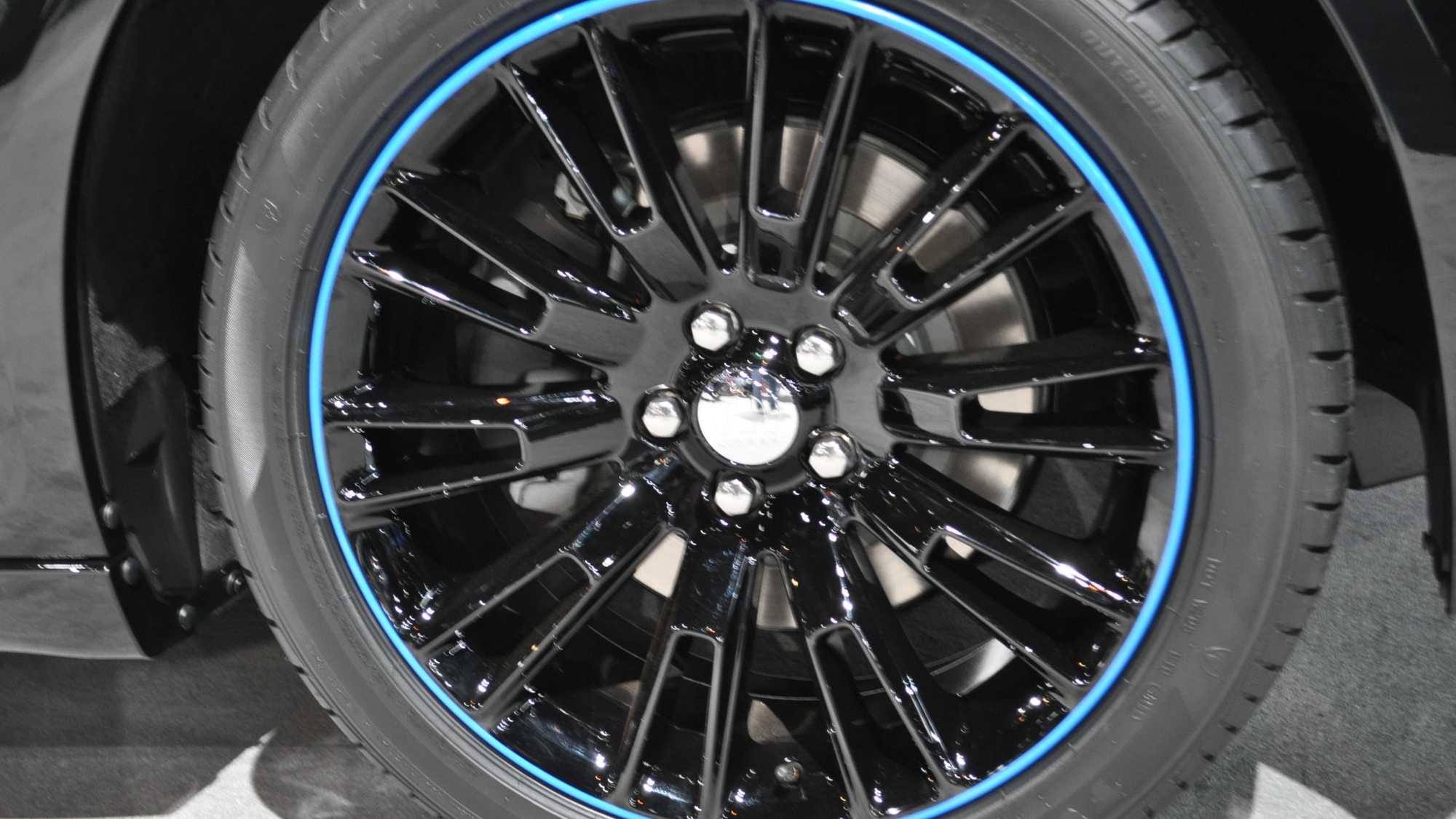 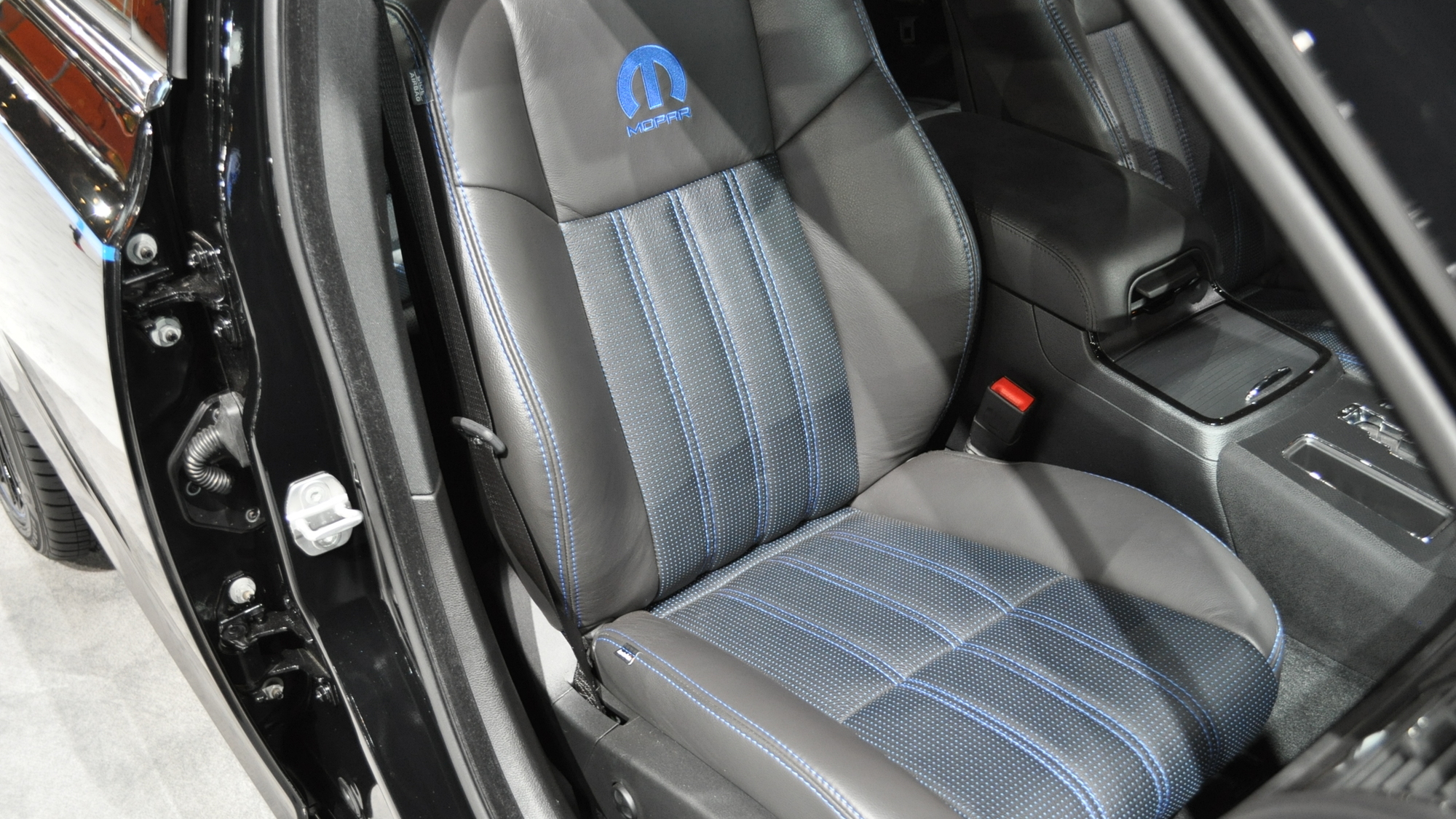 10
photos
Another of Mopar's 75th anniversary special-editions, the Mopar '12 300 is based on the 2012 Chrysler 300, glossed up and tweaked to satisfy all your murder-sedan needs.

Wearing a sinister coat of gloss black paint, accented by Mopar blue pinstripes and black chrome trim, the '12 300 looks stealth, but it definitely won't fly under the radar. Black wheels complete the murdered out look.

Even though the Mopar '12 300 doesn't add any power to the mix, it will feel like it does, thanks to a new rear end gear ratio of 3.91:1. Raised from the stock car's 3.06:1 ratio, the '12 300 will accelerate harder and quicker at any speed, getting to 60 mph from rest in a tick past five seconds. A track-tuned suspension helps make use of the added hustle, and bigger brakes handle the heat of stopping the blacked-out bomber.

Unlike the other 75th anniversary Mopar specials, including the Dodge Dart GTS 210 Tribute, the Mopar '12 300 will be built in Chrysler factories, and can be ordered as a finished car rather than a parts kit add-on. It will be available this summer.