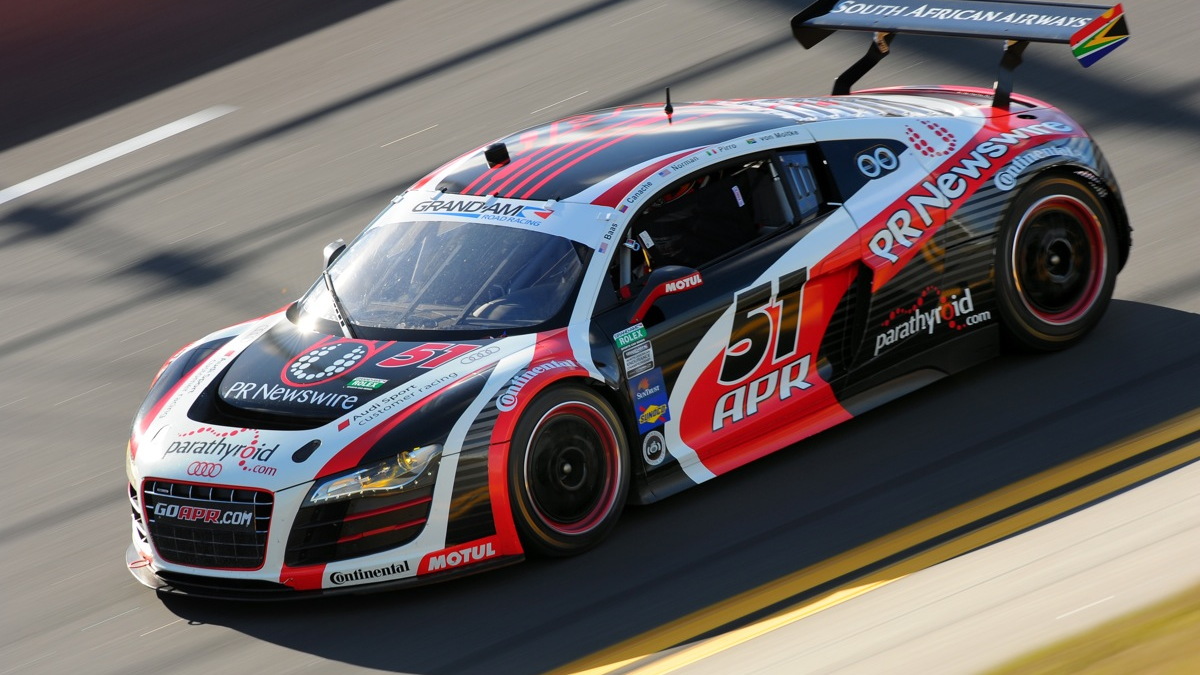 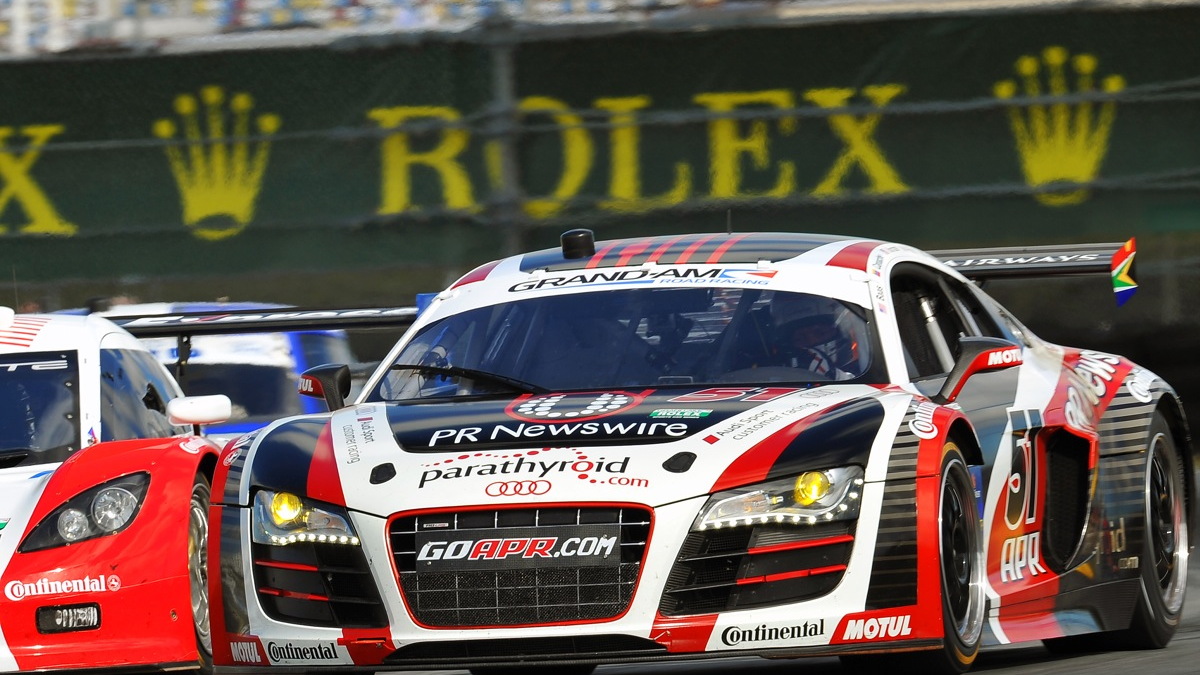 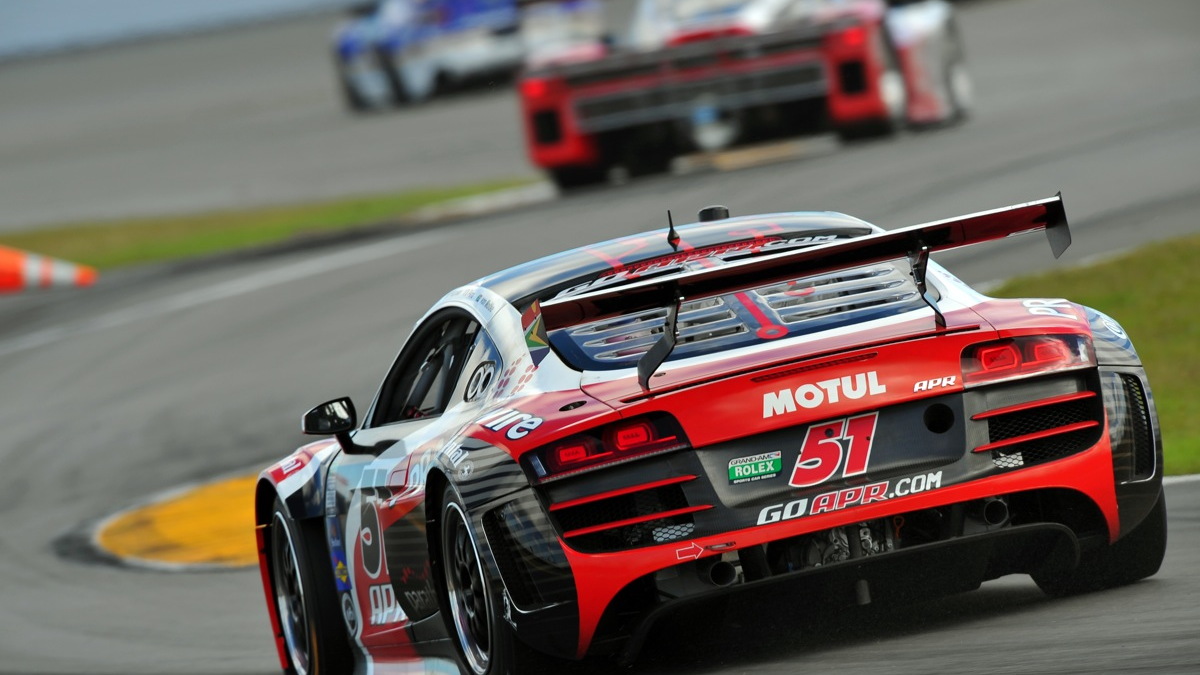 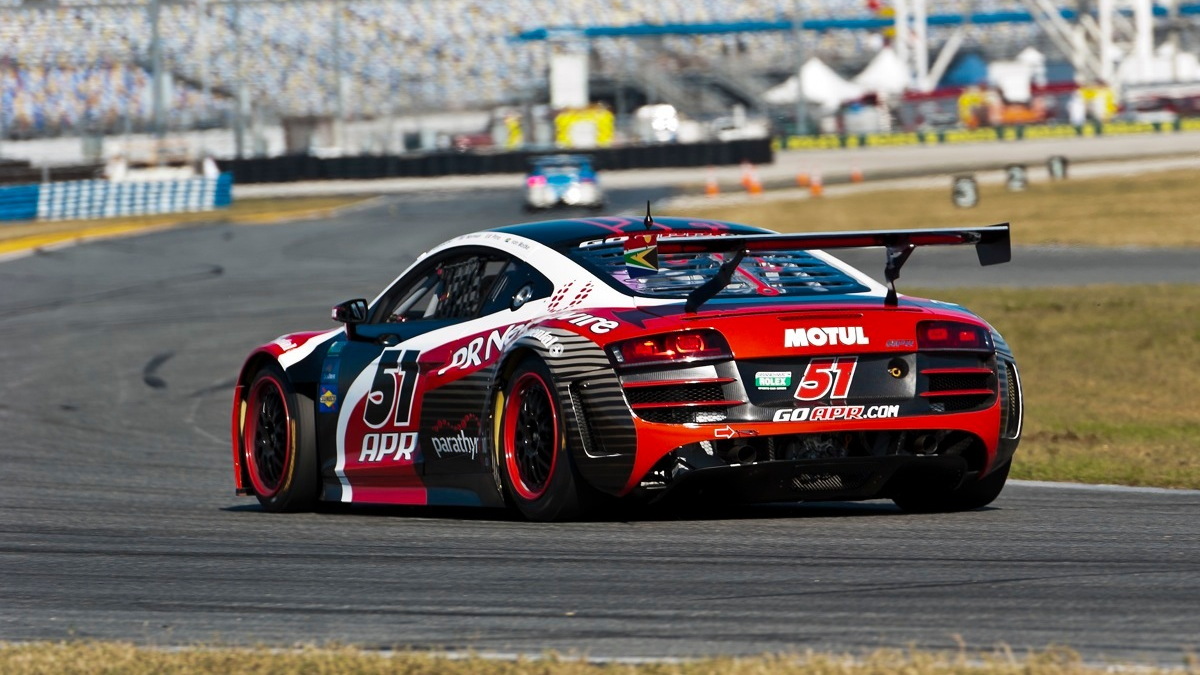 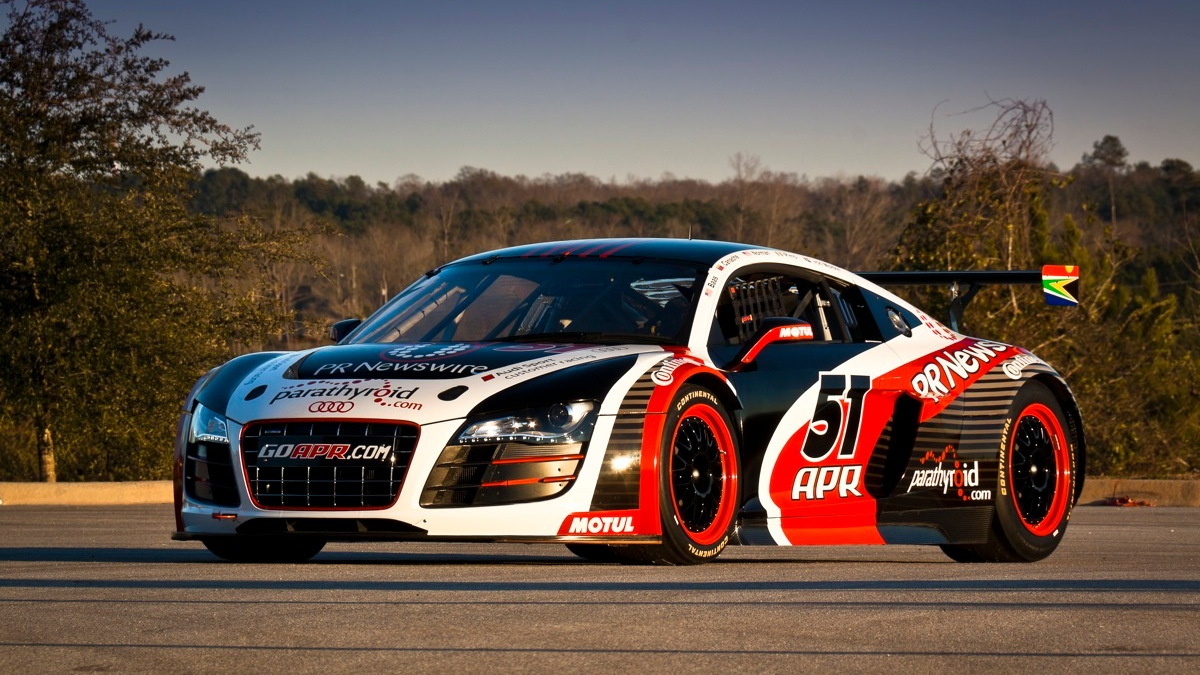 20
photos
The Audi R8 is no stranger to racing, having debuted in GT3 and endurance-racing competition back in 2009. The R8 LMS produces in excess of 500 horsepower from its V-10 engine, which sends power to the rear wheels only.

While the cars have raced in Europe, they haven’t raced in the U.S.-based Grand-Am Rolex Sports Cars Series, which runs the annual Rolex 24 at Daytona. That changes in 2012, as Audi has introduced an R8 variant built specifically for the Grand-Am series.

Based on the Audi R8 LMS racer, the R8 Grand-Am gets less downforce, a 10 millimeter higher ride height, a stouter roll cage (built from thicker tubing) and no ABS or traction control, which is allowed on LMS cars. Like the LMS, it’s also RWD only.

The V-10 engine is reduced to around 460 horsepower via an air restrictor and engine management software, but engine cooling is improved to cope with the stresses of U.S. endurance racing. Finally, the R8 Grand-Am gets a smaller, 22 gallon fuel cell.

Onyx Racing is starting from the 15th position in the GT class, with APR starting from 22nd in class. Given that this is the car’s first time in competition, both are respectable efforts, and we wish both teams the best of luck this weekend.

In the mean time, enjoy the mega-gallery on the Audi R8 Grand-Am below.