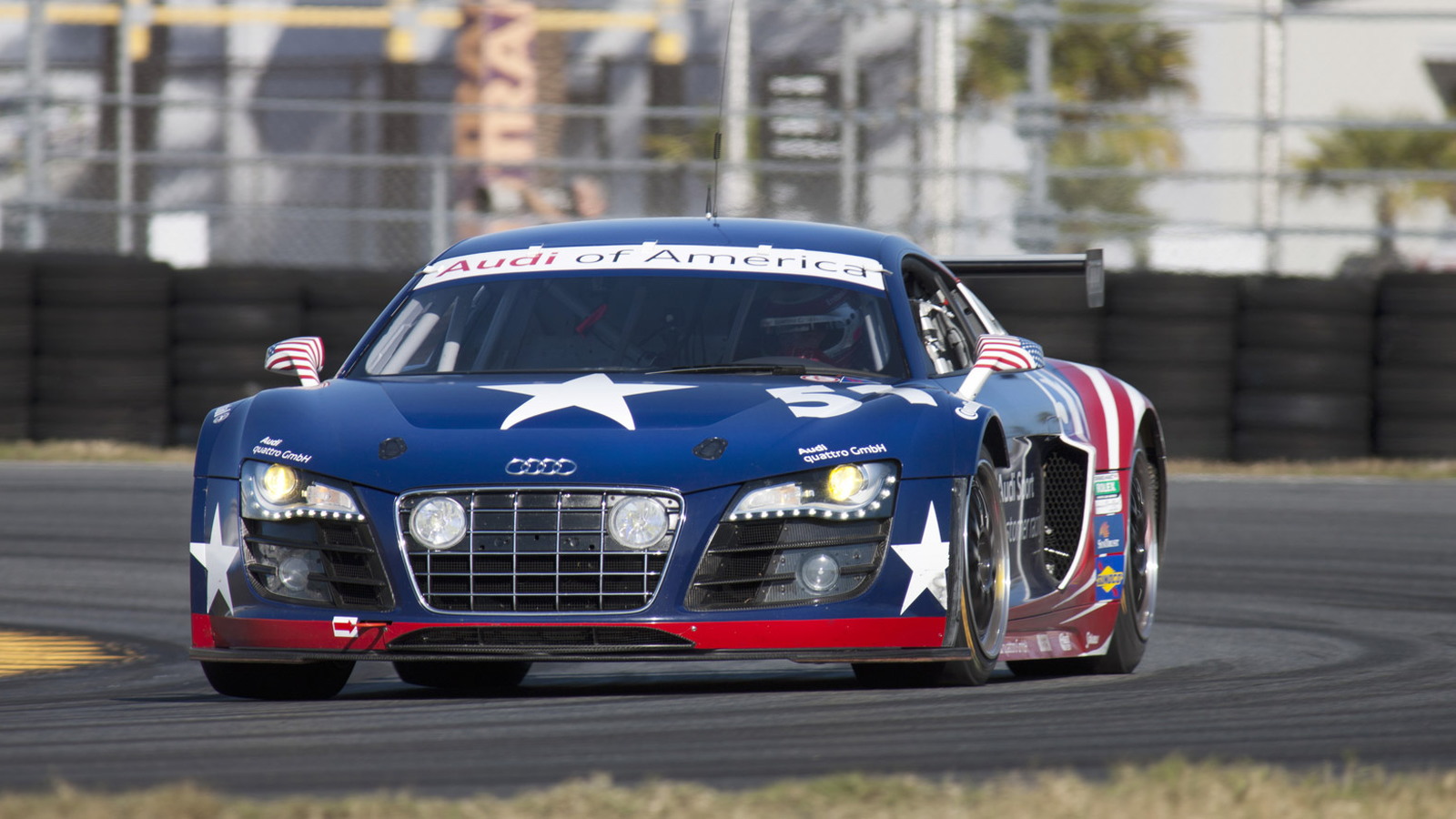 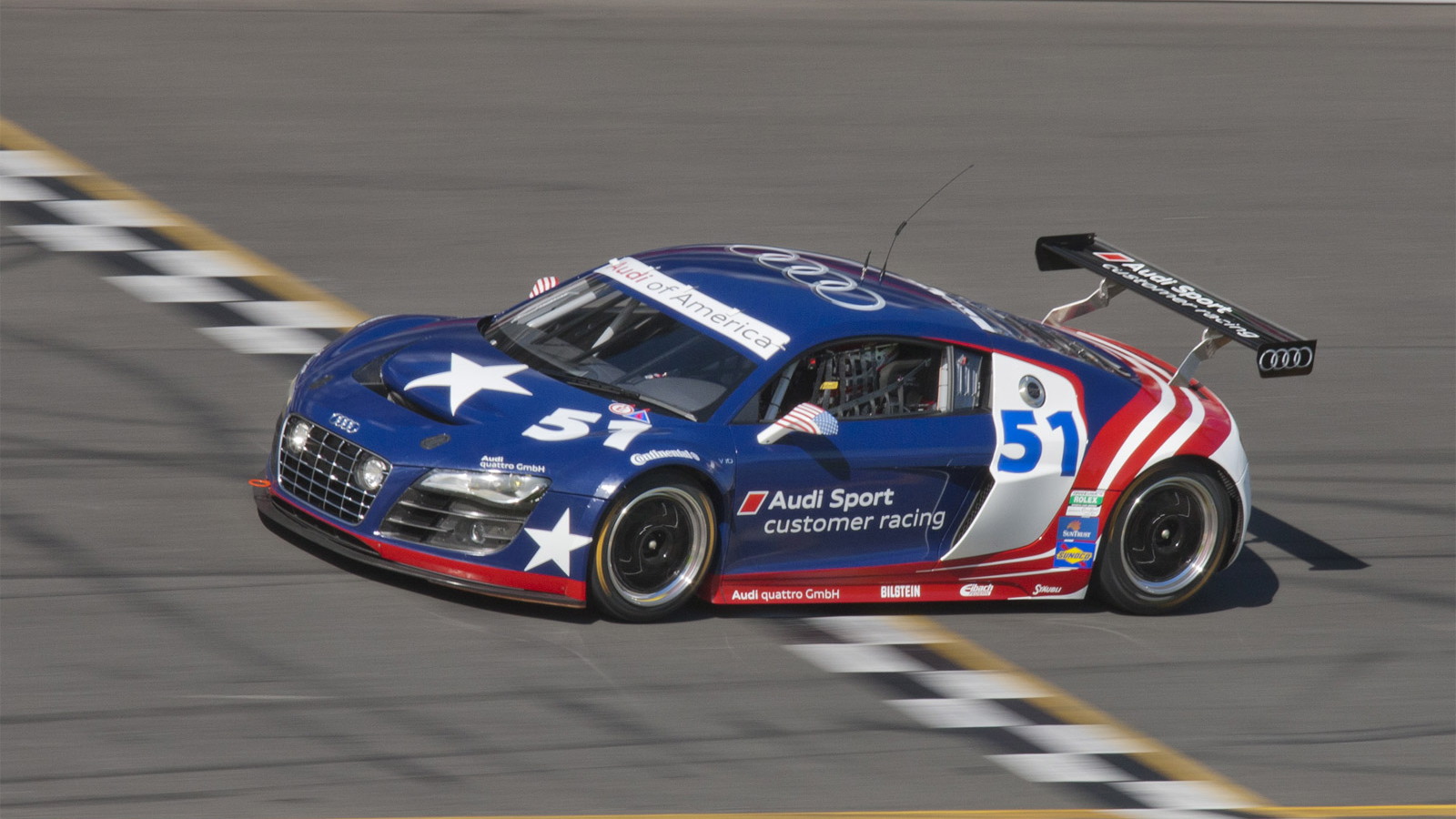 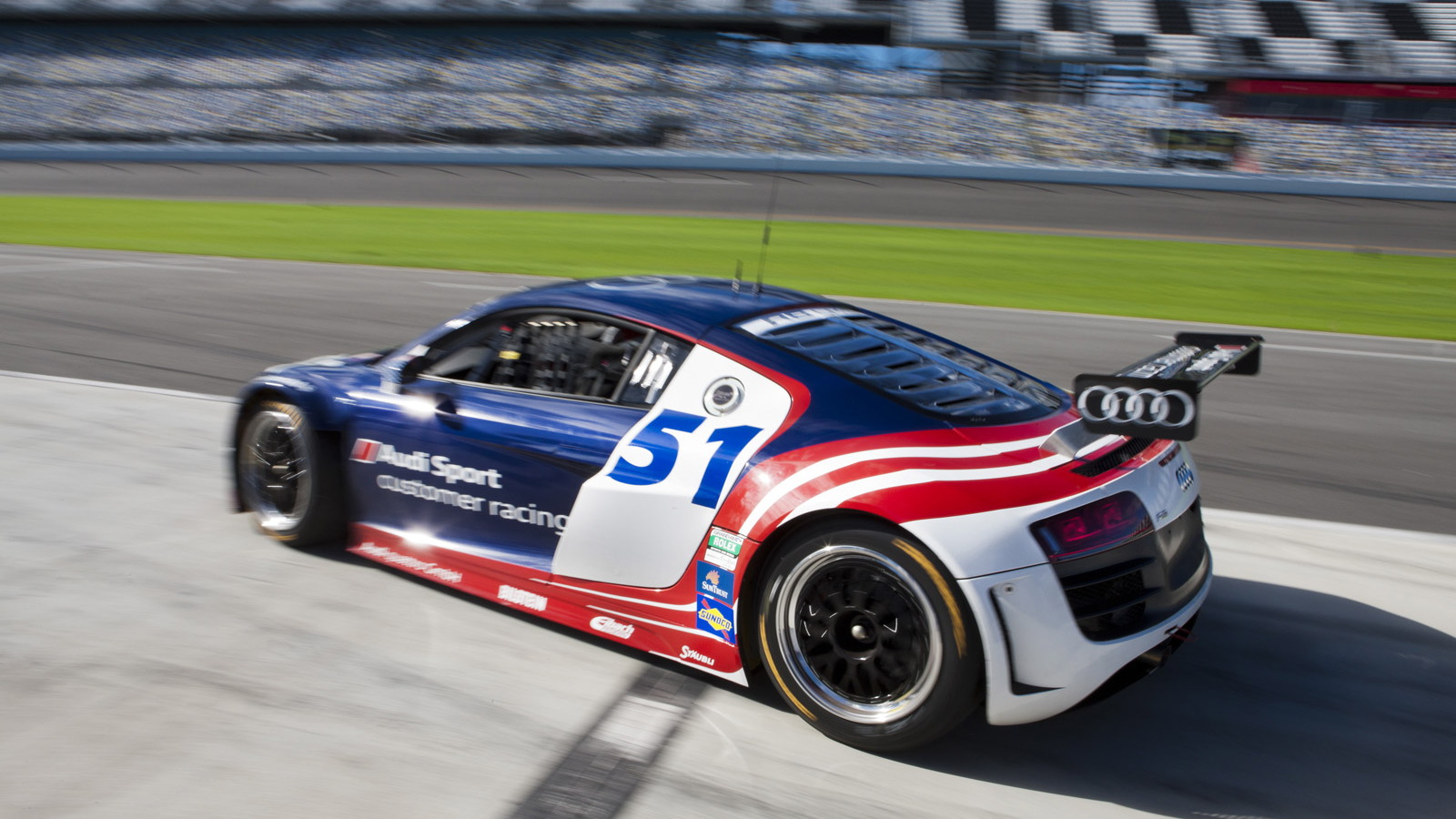 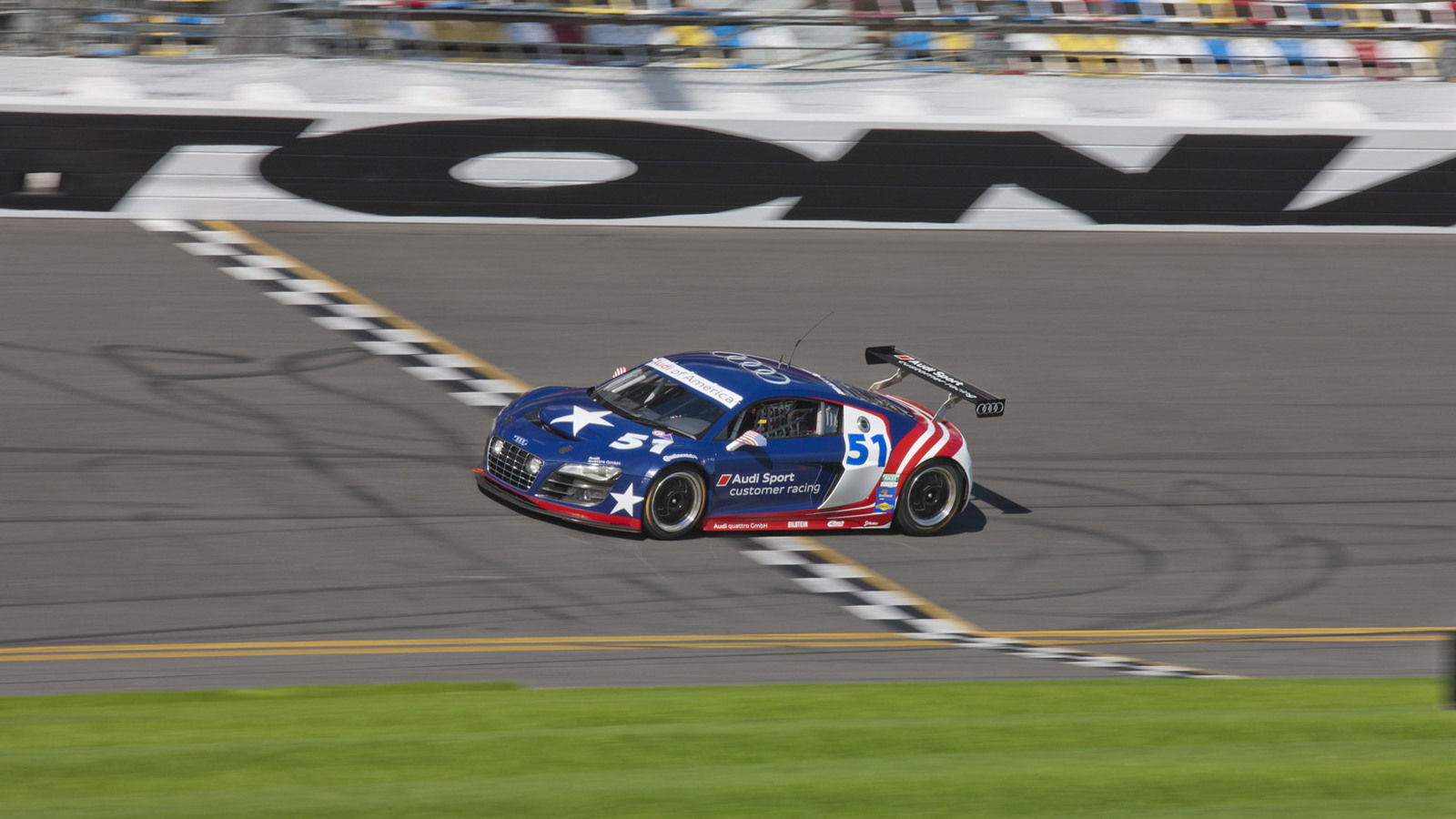 The new Audi R8 Grand-Am, seen for the first time testing on American soil, has successfully passed its baptism by fire.

The new model was fine-tuned at the Daytona race track during its final shake-down last week and is now ready to be delivered to privateer teams competing in the Grand-Am series.

As previously reported, the new Audi R8 Grand-Am is based on the extremely successful Audi R8 LMS that has scored more than 110 victories and 13 titles. From this GT3 race car Audi’s motorsports and engineering division quattro GmbH developed a vehicle for the Grand Touring class of the Grand-Am Rolex Sports Car Series in the U.S.

The Audi R8 Grand-Am clearly differs from the GT3 ‘sister model’ and required a fundamentally new setup. Downforce, for instance, is drastically lower. About 70 to 80 percent of aerodynamic grip is lost because the Grand-Am regulations prescribe modified body components.

The new front splitter may only protrude from the front contours by 38 millimeters, for example, and the front underbody must have a flat design. The rear diffuser must correspond to the production car component, while the standardized rear wing is only 152 centimeters wide and thus 26 centimeters slimmer than the rear wing of the R8 LMS.

In addition, the regulations prescribe a ride height of 65 millimeters--which is about 10 millimeters more than the minimum in the FIA GT3 series. The chassis is stiffened by a roll cage with wall thicknesses being increased to two millimeters according to the regulations.

At Daytona, Audi also familiarized itself with the tires from the series’ exclusive tire supplier, Continental. The GTR (for road courses) and GTO (for oval tracks) tire models influence suspension setups as well. ABS and traction control, which are standard equipment on the Audi R8 LMS, had to be deactivated for the R8 Grand-Am.

For the drivetrain, the rated output of the race car’s 5.2-liter V-10 engine has to be reduced to a lower level of about 450 to 470 horsepower by an air restrictor and the engine electronics, and at the same time the capacity of the fuel tank, which can now be filled on both sides of the vehicle, is limited to 22 gallons. An optimized radiator package that Audi developed for the R8 LMS ultra is also used in the R8 Grand-Am.

One of the customer teams for the 2012 season has already been determined. Alabama’s APR Motorsport will be the first team to field the Audi R8 Grand Am and negotiations with three other teams are currently in the closing stage.

The 2012 Daytona 24 Hours takes place from January 26 to 29--stay tuned for our full coverage of the event.