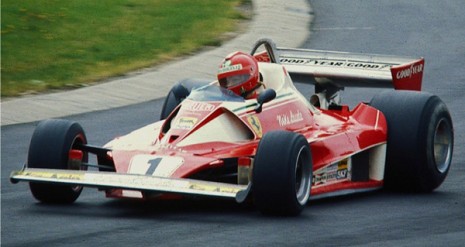 If you thought Senna was the only movie centering on the life of a Formula 1 legend being released in recent times, think again. A new biopic about Austrian driver Niki Lauda and his epic battle--which he ultimately lost--with British driver James Hunt in the 1976 Formula 1 World Championship is about to start filming, and we can now reveal that the director appointed to the movie is none other than Ron Howard.

The new movie will be called Rush and its production company is Cross Creek Pictures, the same group behind Oscar-winning movie Black Swan.

As mentioned, the movie will center on Lauda’s performance in the 1976 Formula 1 World Championship. This was the year where Lauda attempted to boycott the German Grand Prix at the notorious Nurburgring due to its lack of safety. The race still went on and Lauda eventually crashed on the second lap, his Ferrari bursting into flames and burning the trapped driving legend.

Lauda returned to race only six weeks (two races) later, but ultimately lost the championship in the final race in Japan to McLaren’s James Hunt. Despite leading the points table, Lauda decided to retire the race due to heavy rainfall and his own safety concerns, essentially handing the title over to Hunt who successfully completed the race.

The life story of three-times Formula 1 World Champion Niki Lauda is well worth the read, from the days where he needed to finance his own participation in motorsports with bank loans right up until his later years in the commercial airline business.

We can’t wait until Rush debuts.