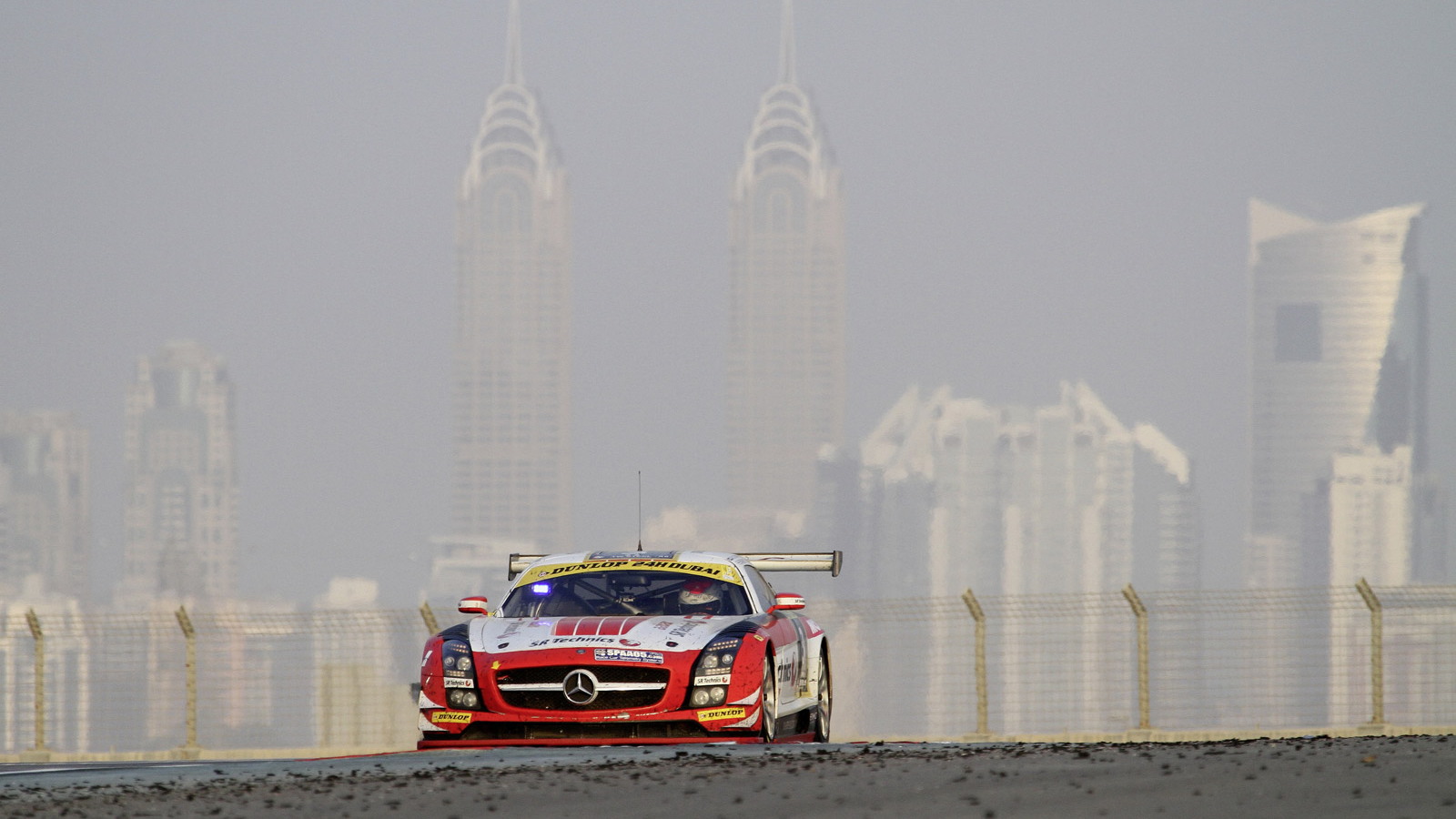 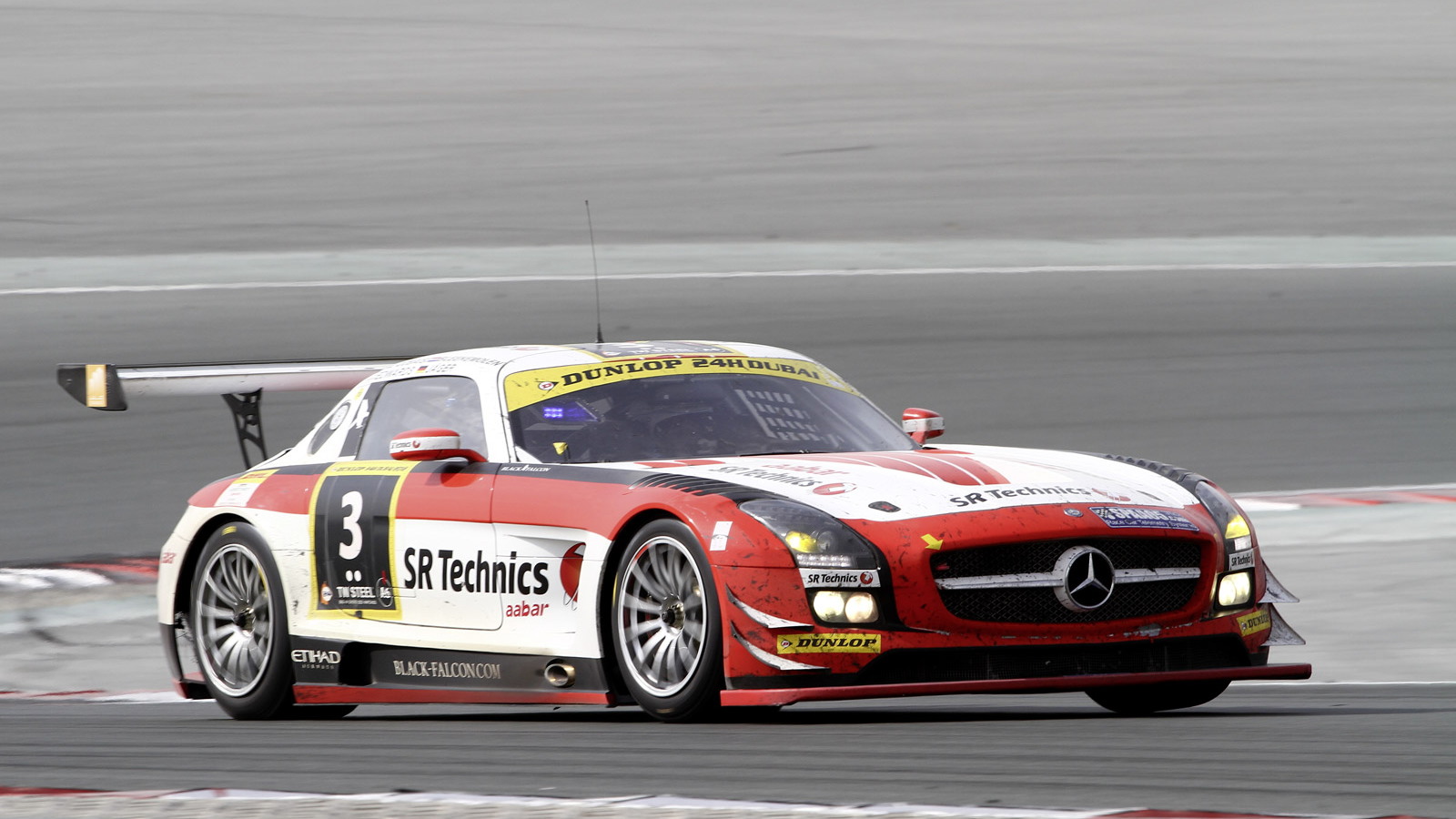 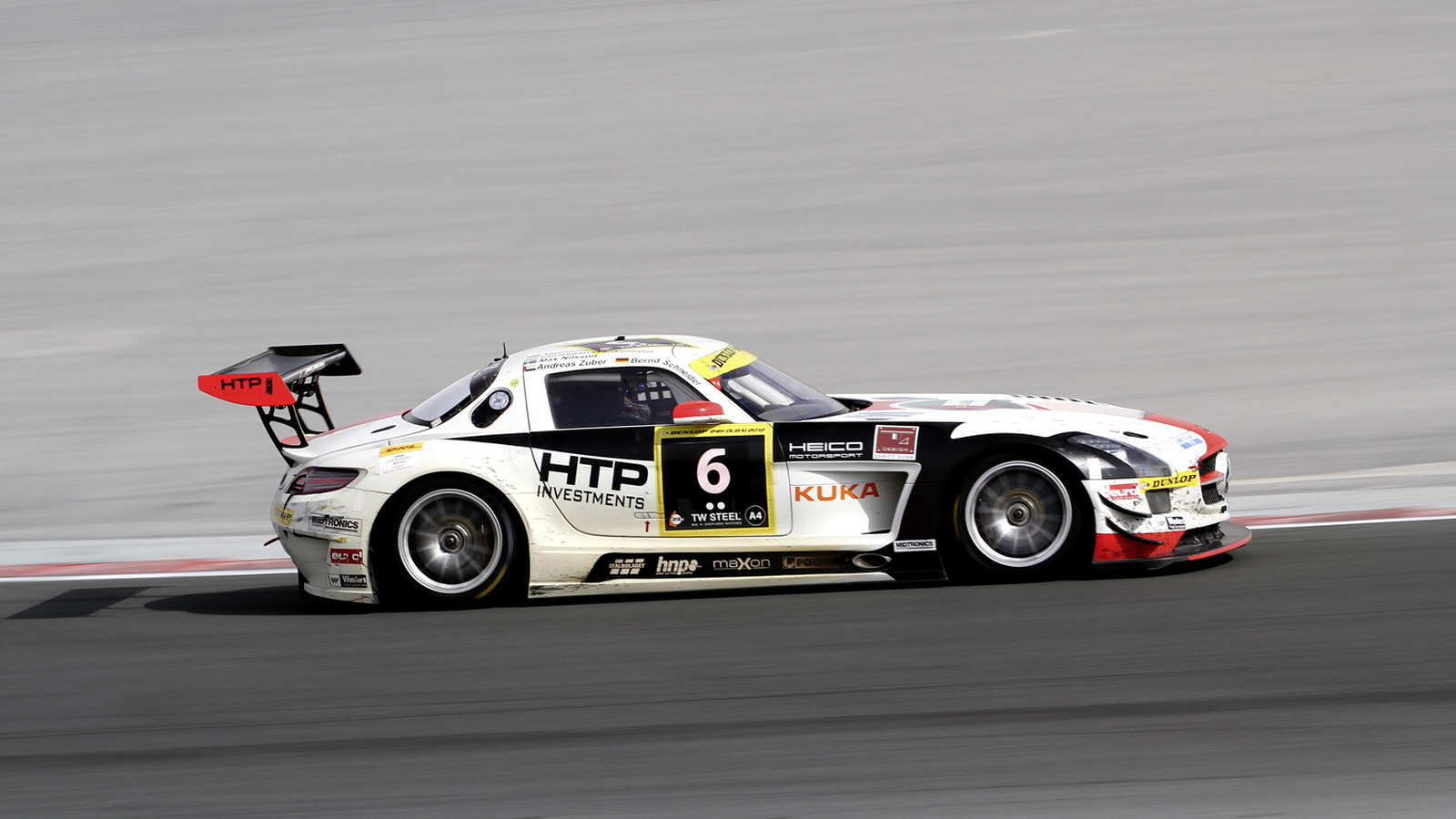 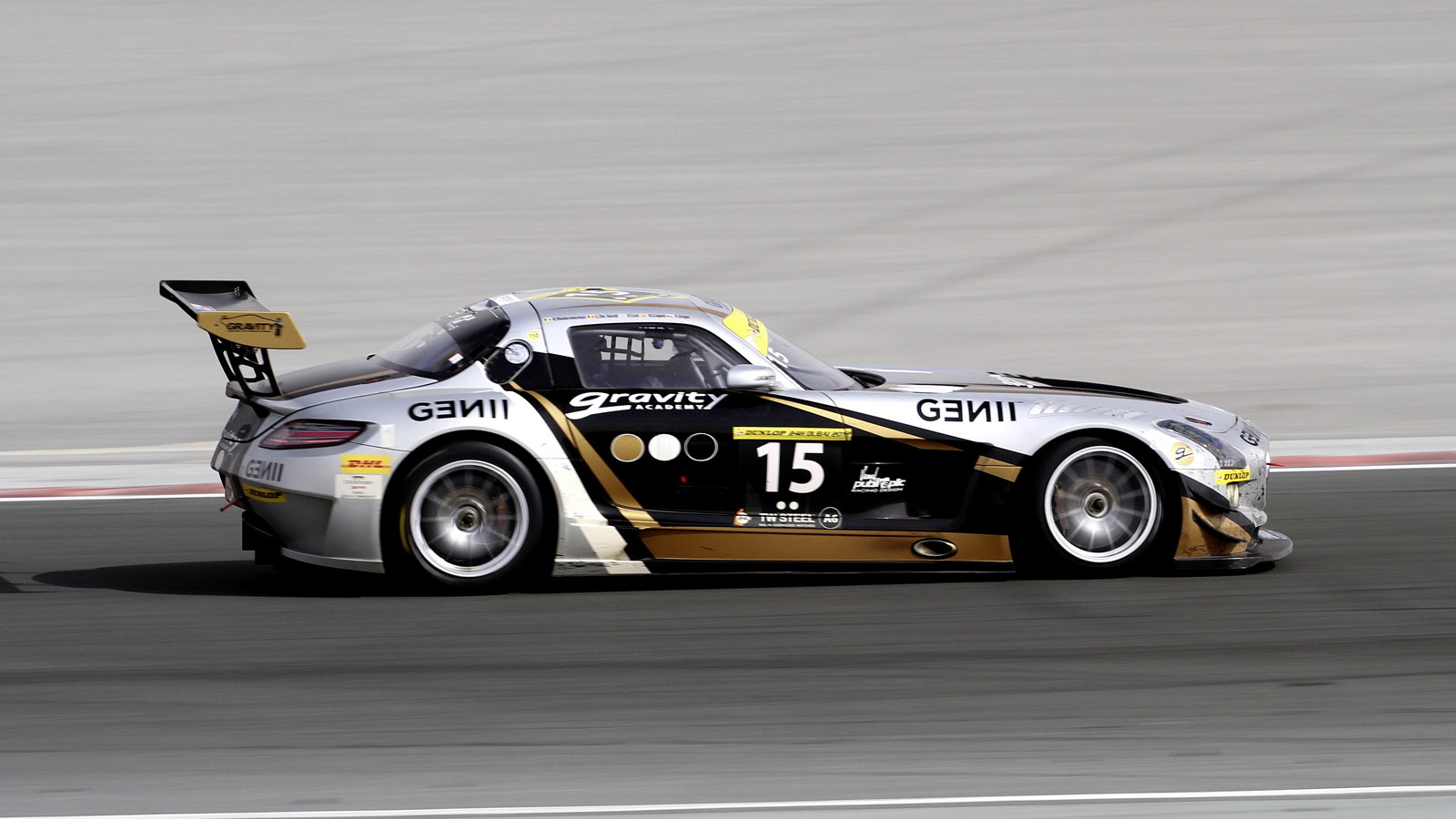 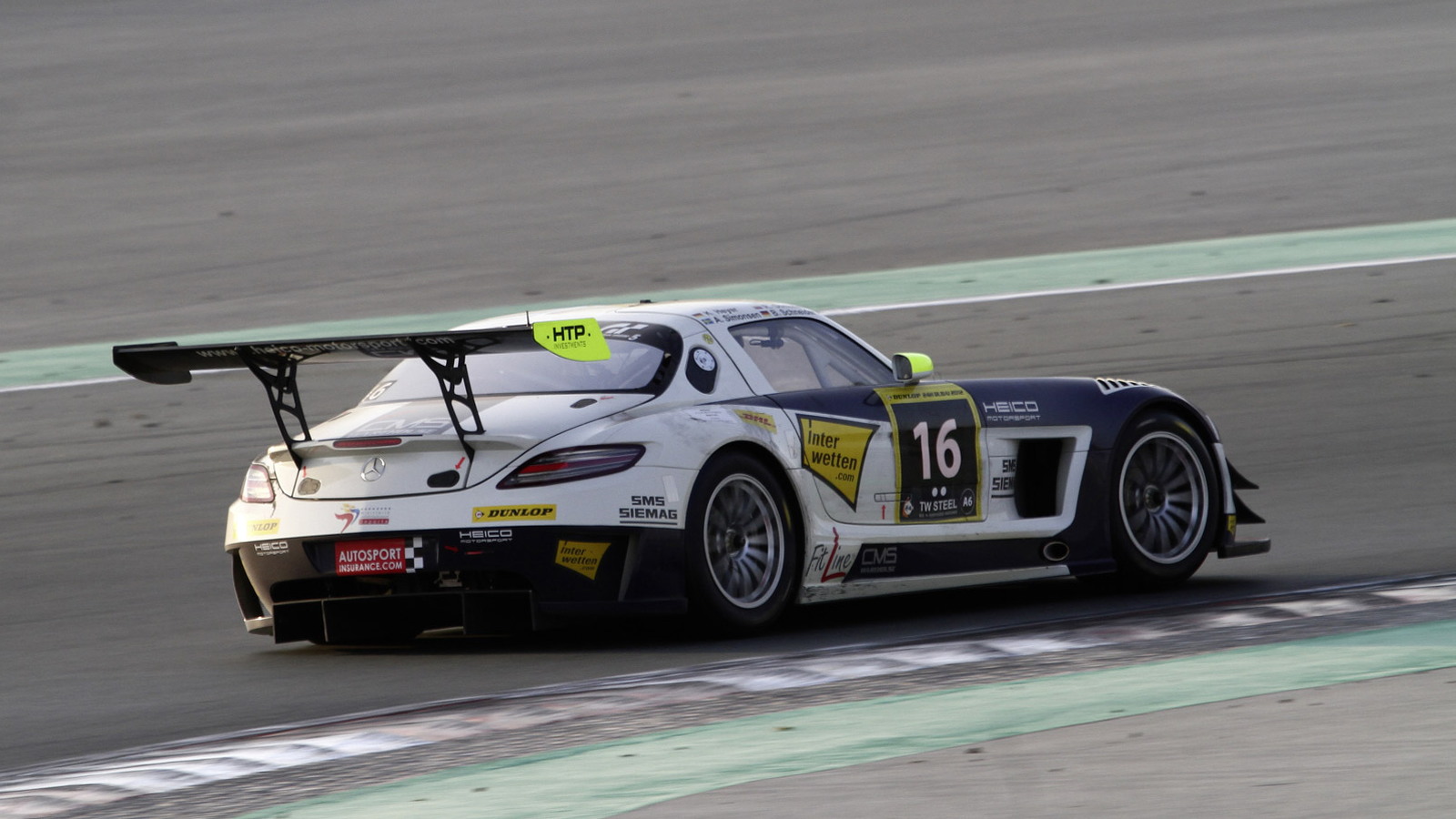 8
photos
Did your cable or satellite service provide less than full coverage of the 2012 Dubai 24 Hours race?

Of course, that question interchanges with: do you live in North America?  The answer is likely the same either way.

So that probably means you’ve only been able to read our coverage of Mercedes-Benz SLS AMG GT3 race cars nailing a 1-2-3 finish at the Dubai Autodrome--until now.

Considering the breakthrough achievement and the source of the video, you’ll have to understand the enthusiastic narrator’s glossy details, stylized shots and rather focused emphasis on how the flying gullwings fared.

First-place honors were claimed by team Abu Dhabi by Black Falcon from Germany.  Fellow countrymen Heico Motorsport rounded out the top three with their own pair of SLS AMG GT3s. The video only briefly mentions it, but don’t overlook the efforts of Heico driver Bernd Schneider, who pulled double-duty stints driving both team cars.

And while the clip only gives a few visual hints, there really were other cars competing at the event as well.