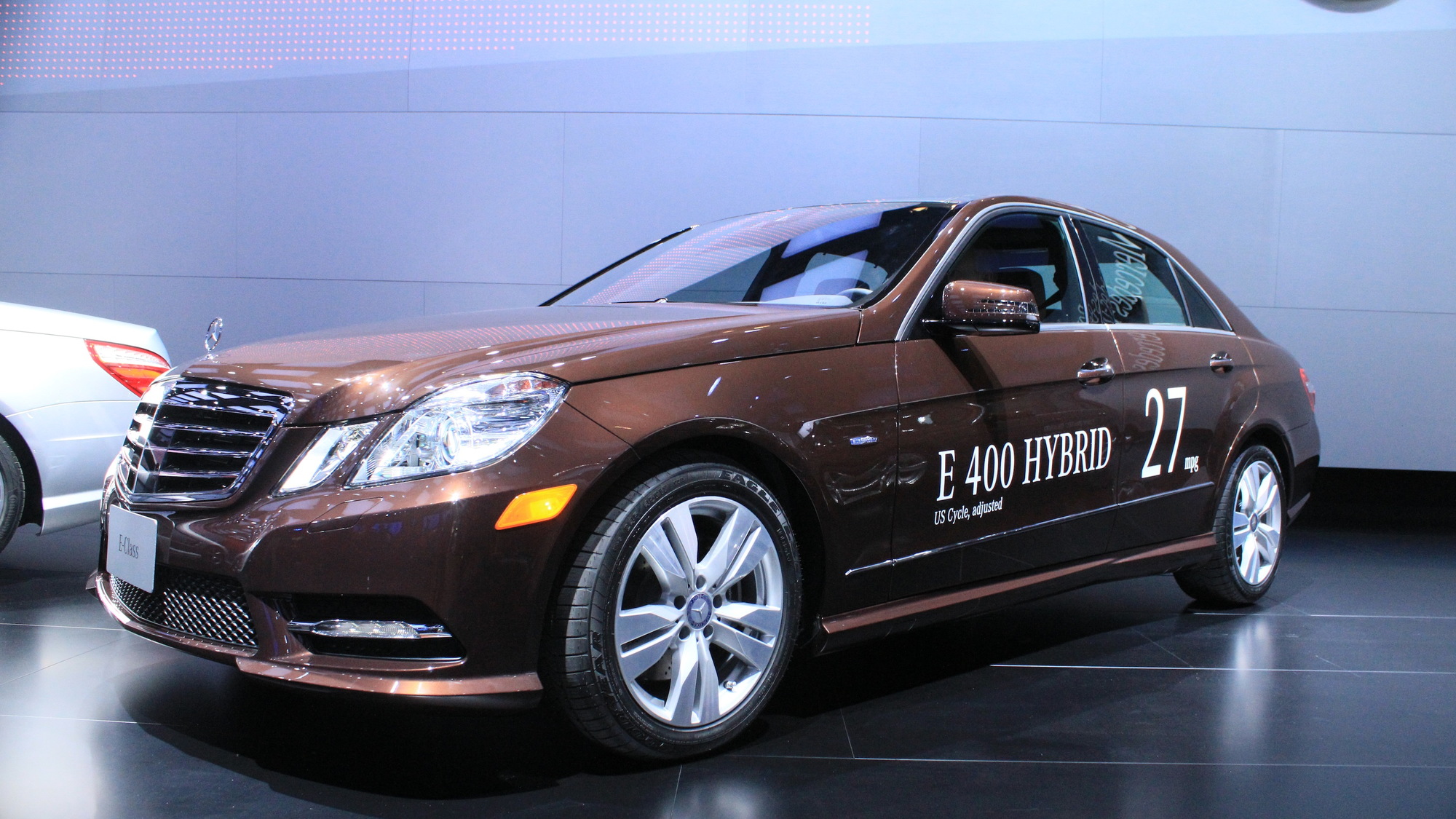 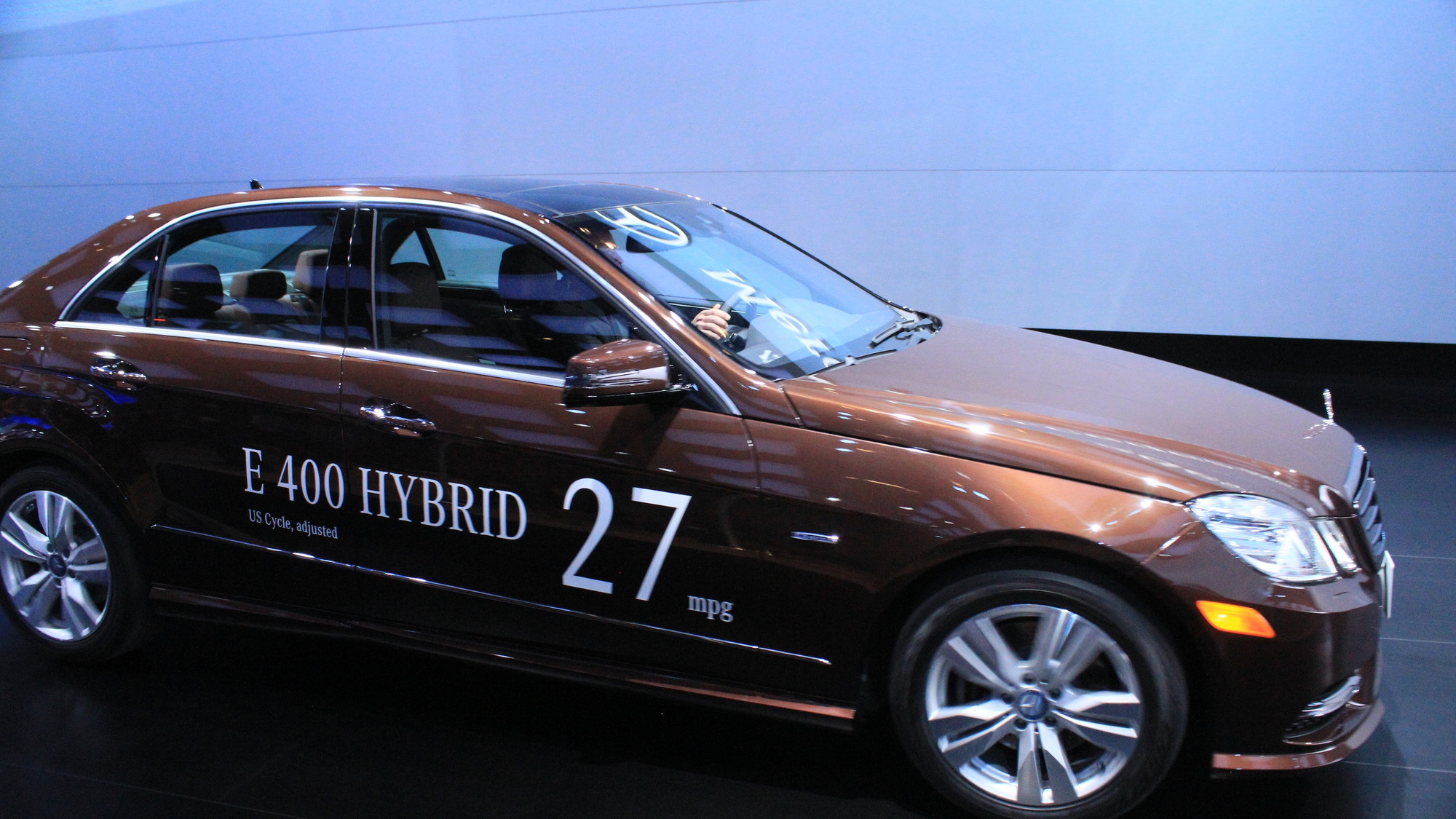 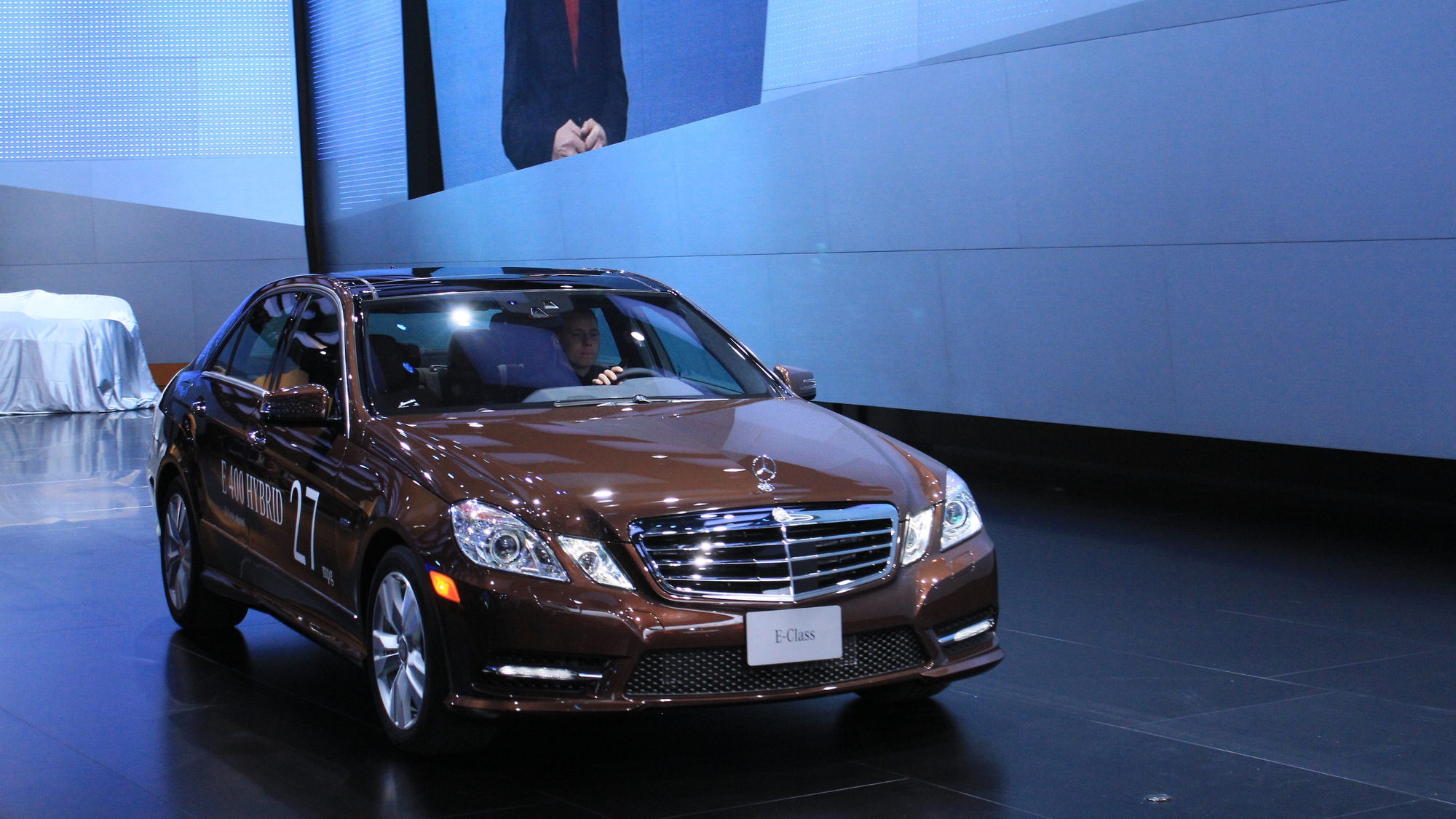 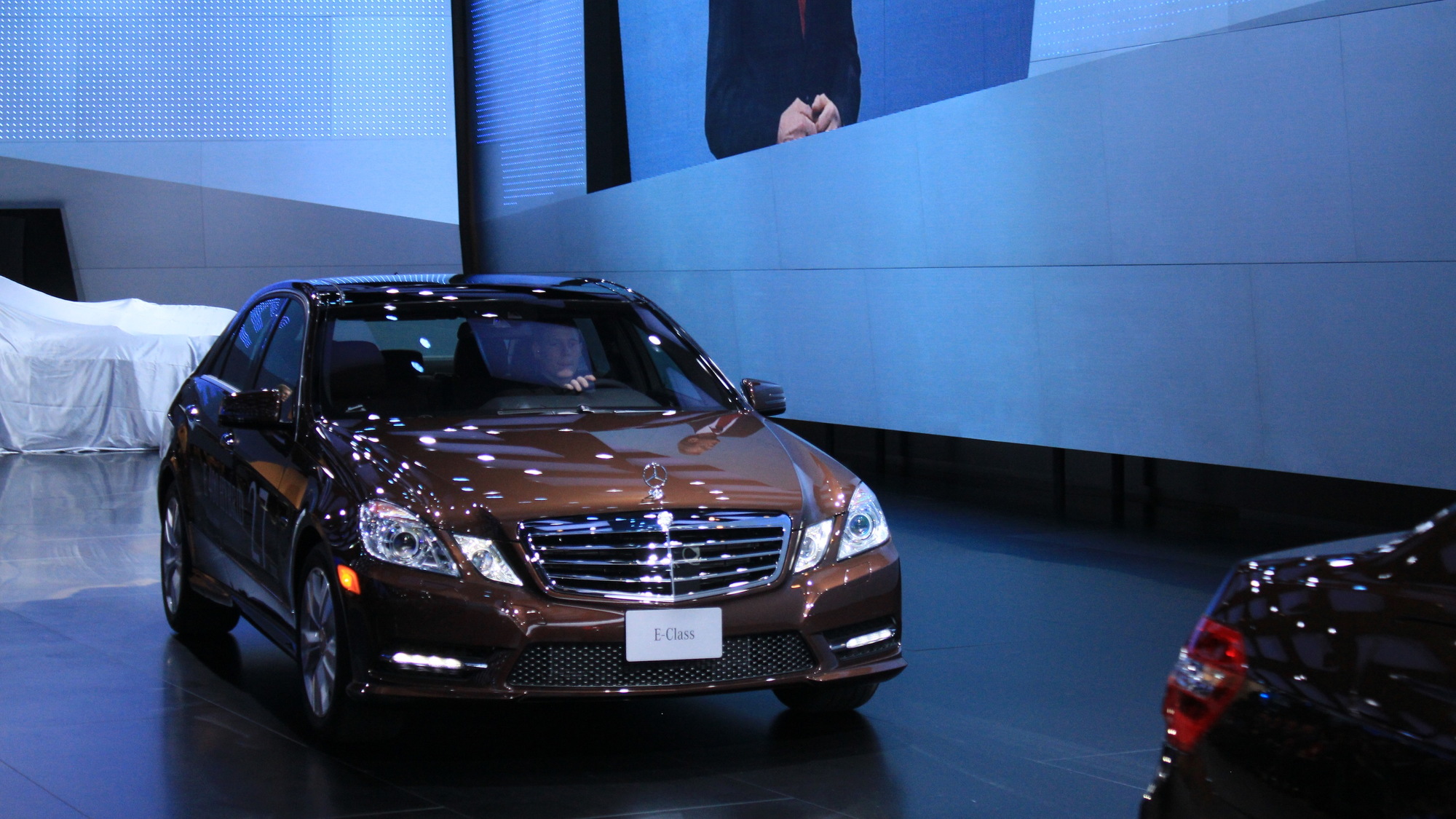 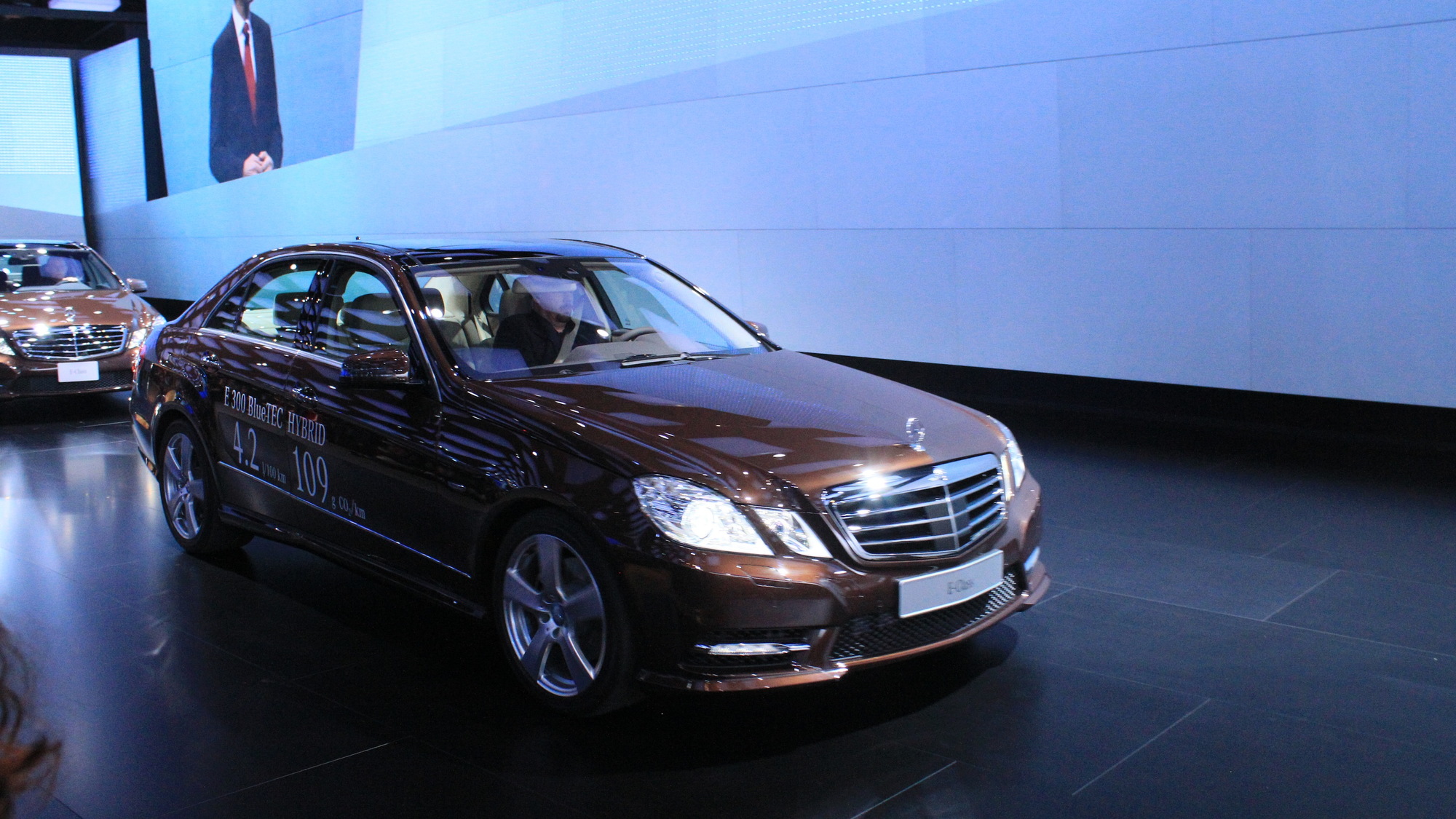 18
photos
The 2012 Detroit Auto Show is in full swing, sometimes literally, with musical acts gracing stages and the occasional appearance by, say, Jon Lovitz for the Smart For Us pickup concept. But despite the hoopla, the cars are still the real stars. The two that just crossed Mercedes-Benz's stage are of the green sort, though they're painted brown.

Both of the new hybrid E-Class sedans combine a 27-horsepower, 184 pound-feet of torque electric motor with a combustion engine to deliver what Mercedes-Benz claims is the most efficient full-size sedan in the world--at least in the case of the 4.2-liter per 100 kilometer E300 Bluetec Hybrid. That translates to about 56 mpg U.S., though of course our test methods are different.

The E400 hybrid, which uses a 302-horsepower 3.5-liter V-6 gasoline engine, will go on sale in the U.S. in early summer. It gets an adjusted, "U.S.-style" 27 mpg, presumably combined, which indicates a highway fuel economy figure in the low-to-mid 30 mpg range, and a city rating around 23 mpg.

With both cars, the driving experience is still a priority as well as fuel economy, though we'll have to wait until we've been behind the wheel to be the judge of that.