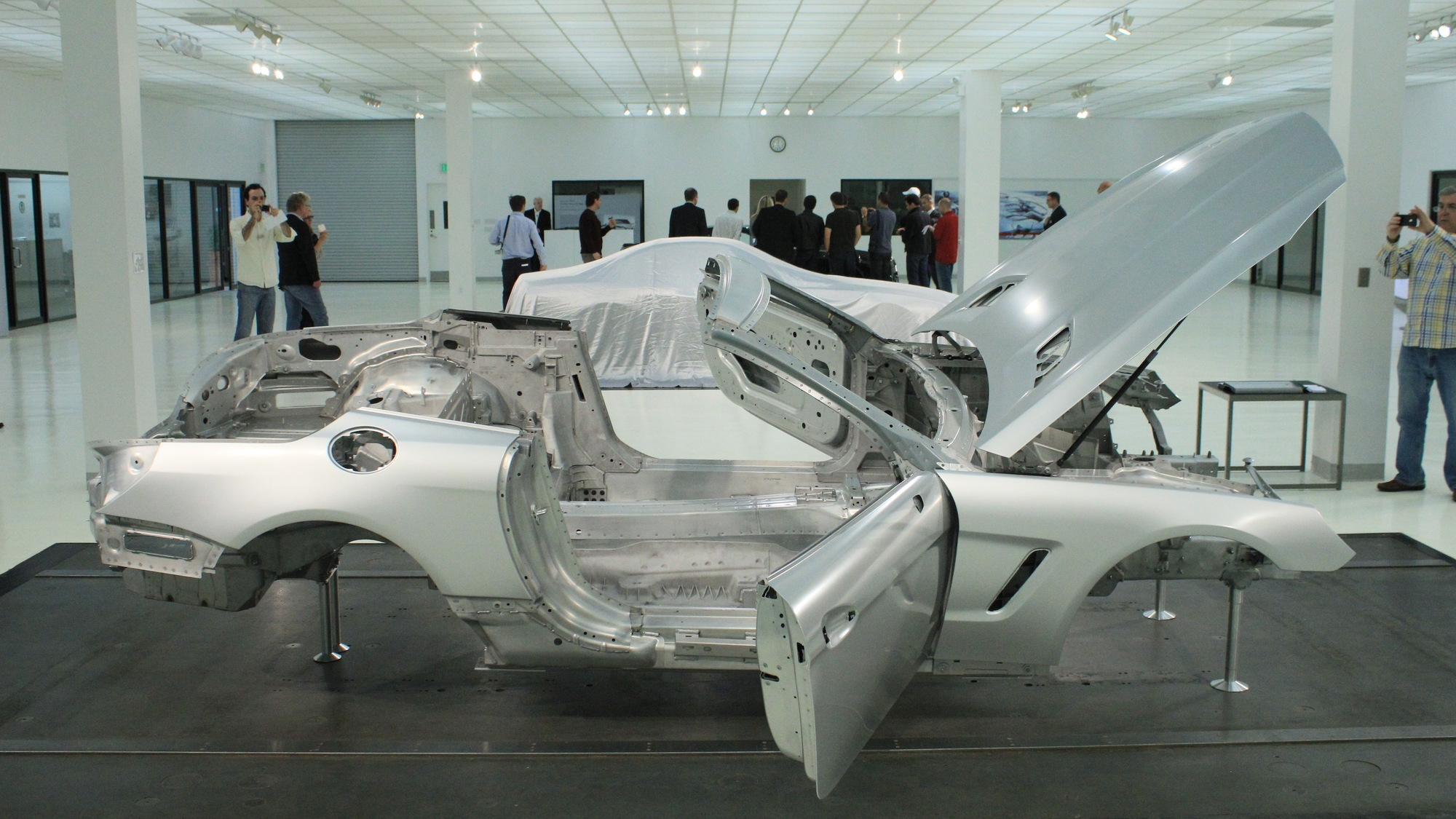 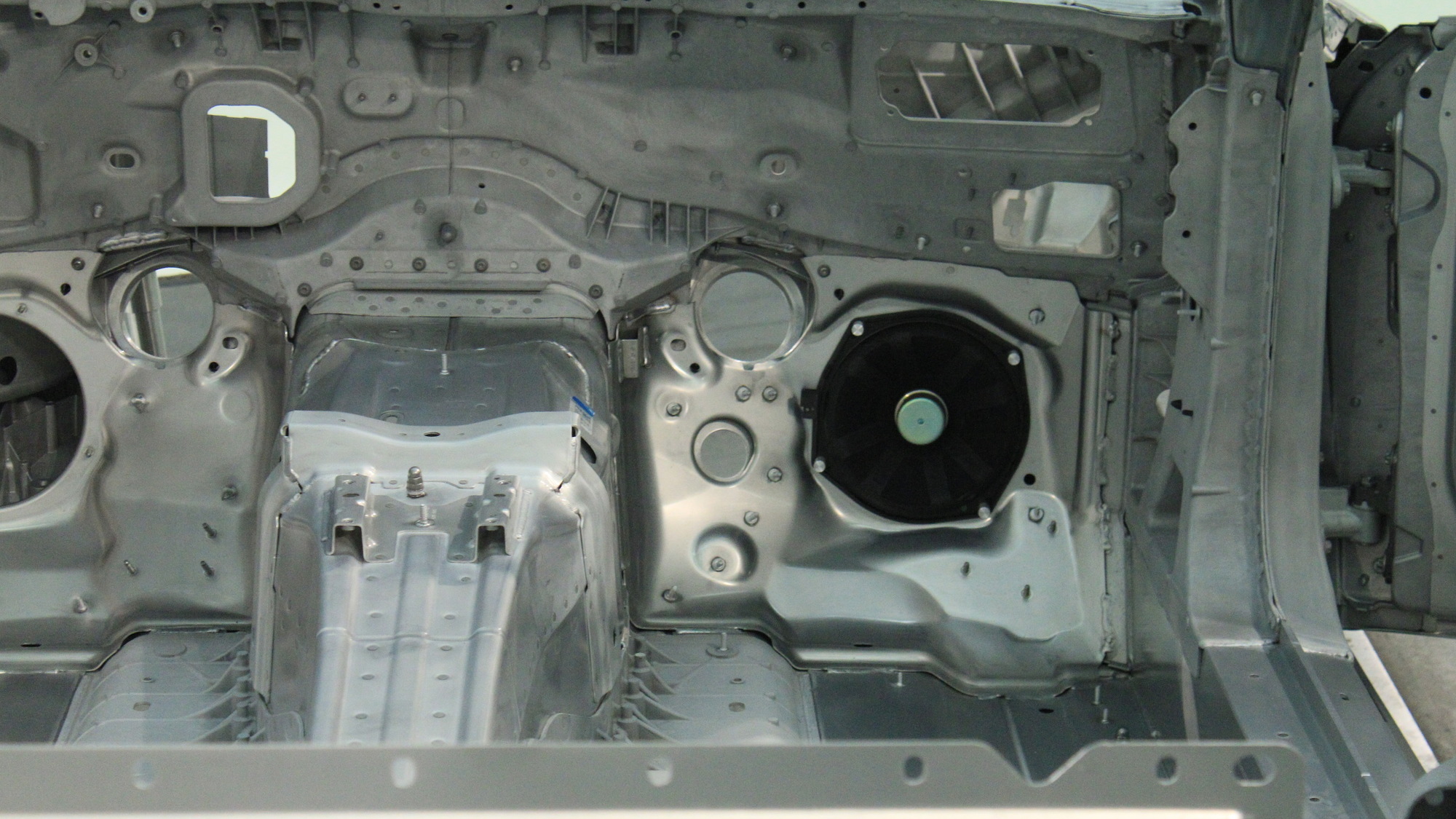 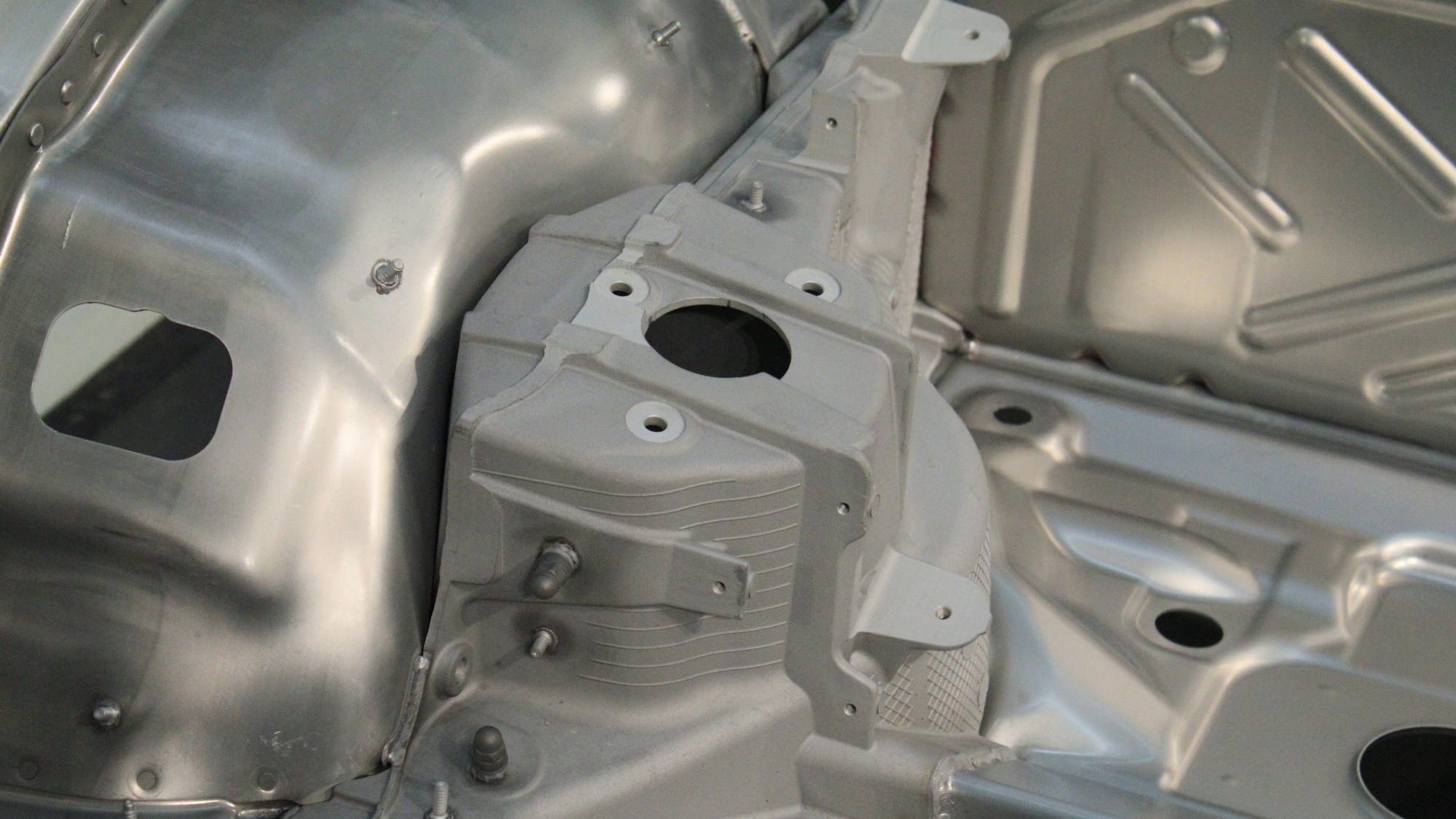 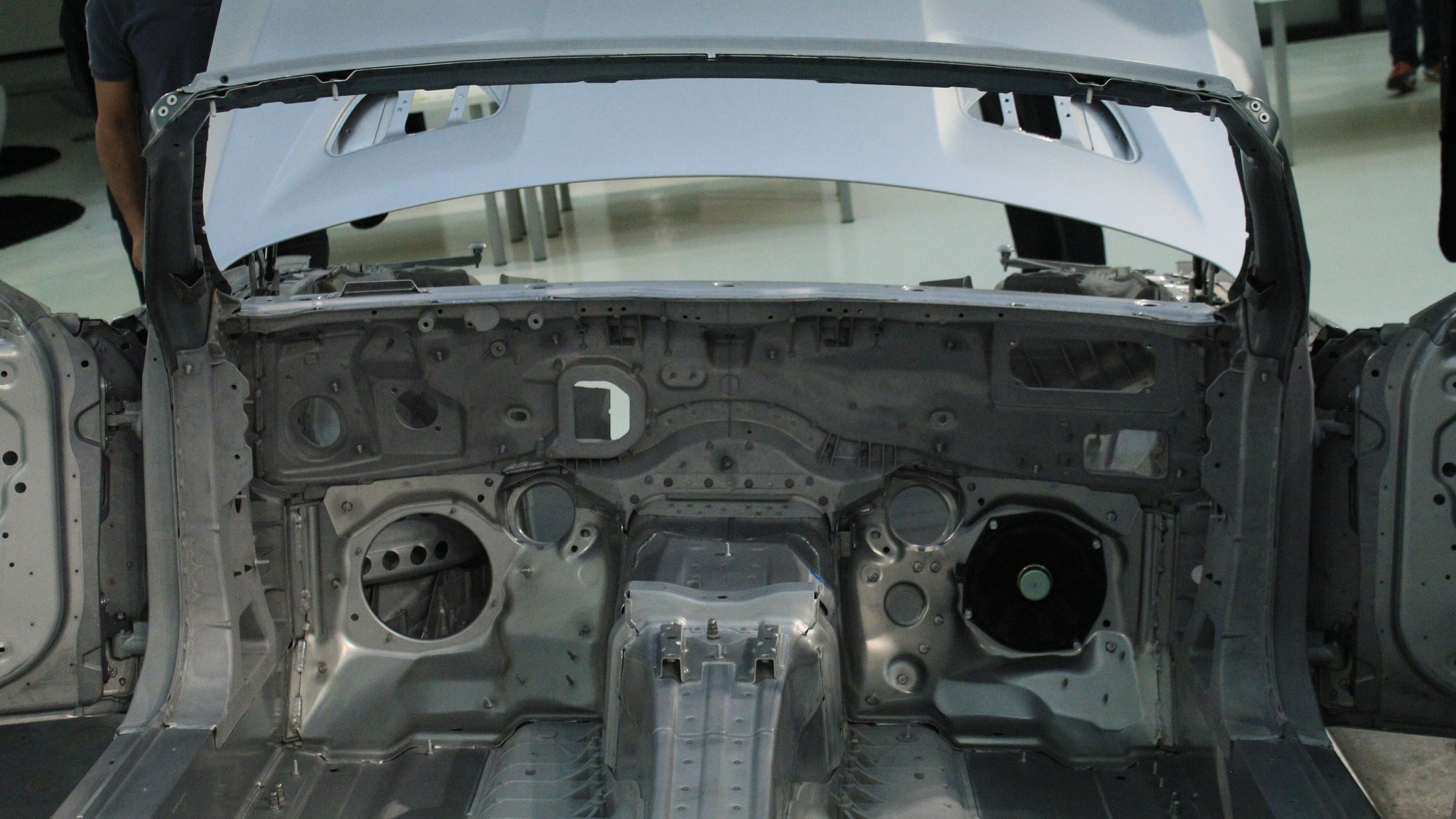 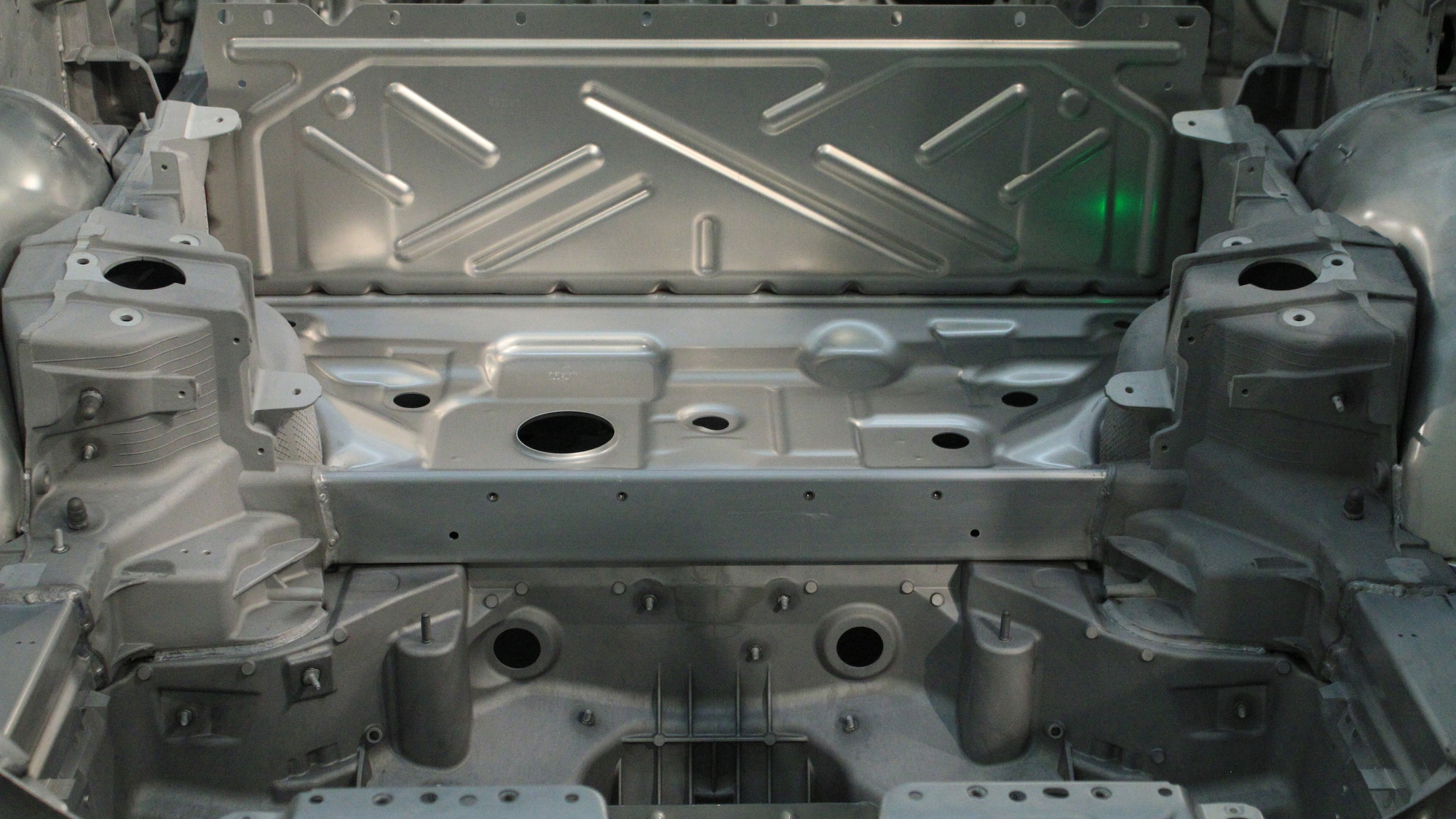 26
photos
UPDATE: The 2013 Mercedes-Benz SL Class has been revealed. Click here for all the info and photos.

Just ahead of the 2011 Los Angeles Auto Show, Mercedes-Benz has given us a sneak peek at the upcoming 2013 SL-Class. While we can't share actual photos of the car with you just yet, we can give you some details of its construction and technology.

Drawing on the origins of its name--Super Leggera, or Super Light-- the new SL features extensive use of aluminum in several forms. It weighs in 245 pounds (110 kilograms) lighter than its predecessor as a body-in-white. According to our discussions with Mercedes-Benz representatives, the 2013 SL will weigh up to 310 pounds (140 kilograms) less depending on the level of options and features chosen.

The aluminum that enables this newfound lightness comes in stamped, extruded, and cast form. Each is used as the application requires, with the cast forms found in areas where great rigidity is required, but not much flex is experienced. The extruded beams found in the door sills contribute to torsional rigidity, taking on a complex internal structure. The stamped elements are used where the structural load isn't as high, including the body panels and some of the internal sub-structures.

Despite this focus on lightness, Mercedes says the 2013 SL is at least 20 percent more rigid than its predecessor, reducing torsional chassis flex that can steal handling and produce squeaks and rattles. The reduced weight, in conjunction with Mercedes' latest engine technologies including direct injection, pushes the new SL to be 30 percent more fuel efficient than the previous version.

Making its debut on the new SL is a technology called--in Europe, anyway--Magic Vision Control. Like Magic Sky Control and other "magic" technologies, the new system is a high-tech, inventive take on an existing system, only this time, it's a bit less glamorous: the windshield wiper. Two rows of laser-drilled holes built right into each wiper blade dispense the windshield cleaning fluid, ensuring none enters the cabin when the top is down or sprays onto other cars on the roadway. It's undoubtedly a sophisticated solution, but it seems a bit … over the top to call it magic. Accordingly, it will get a different name in the U.S. according to Mercedes communication chief Geoff Day.

The last innovation we were shown in the upcoming SL is the Front Bass system. Instead of sticking the speakers in the doors or under the seats, as is common practice, the SL places them in the foot well/firewall, projecting the sound directly at the occupants. Unlike the Magic Vision Control, it's delightfully simple (and simply named) and has a direct effect that's immediately palpable in the cabin. We were able to hear it in action as we sat inside a camouflaged test mule, and the clarity, volume, and sheer impact is impressive.

For now, that's all we can tell you about the 2013 Mercedes-Benz Sl-Class, but stay tuned as the Detroit Auto Show draws nearer. There's a lot more to come.