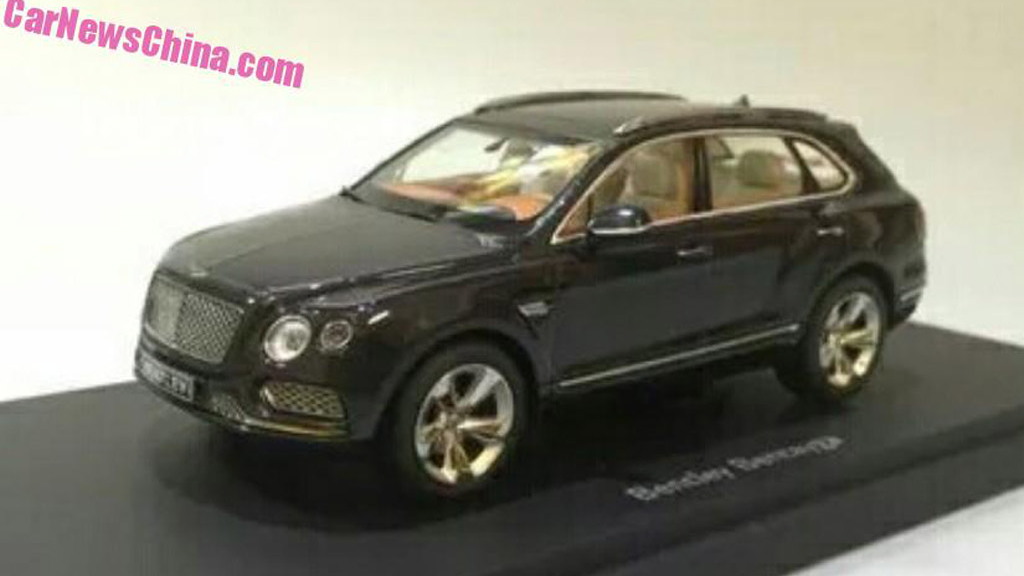 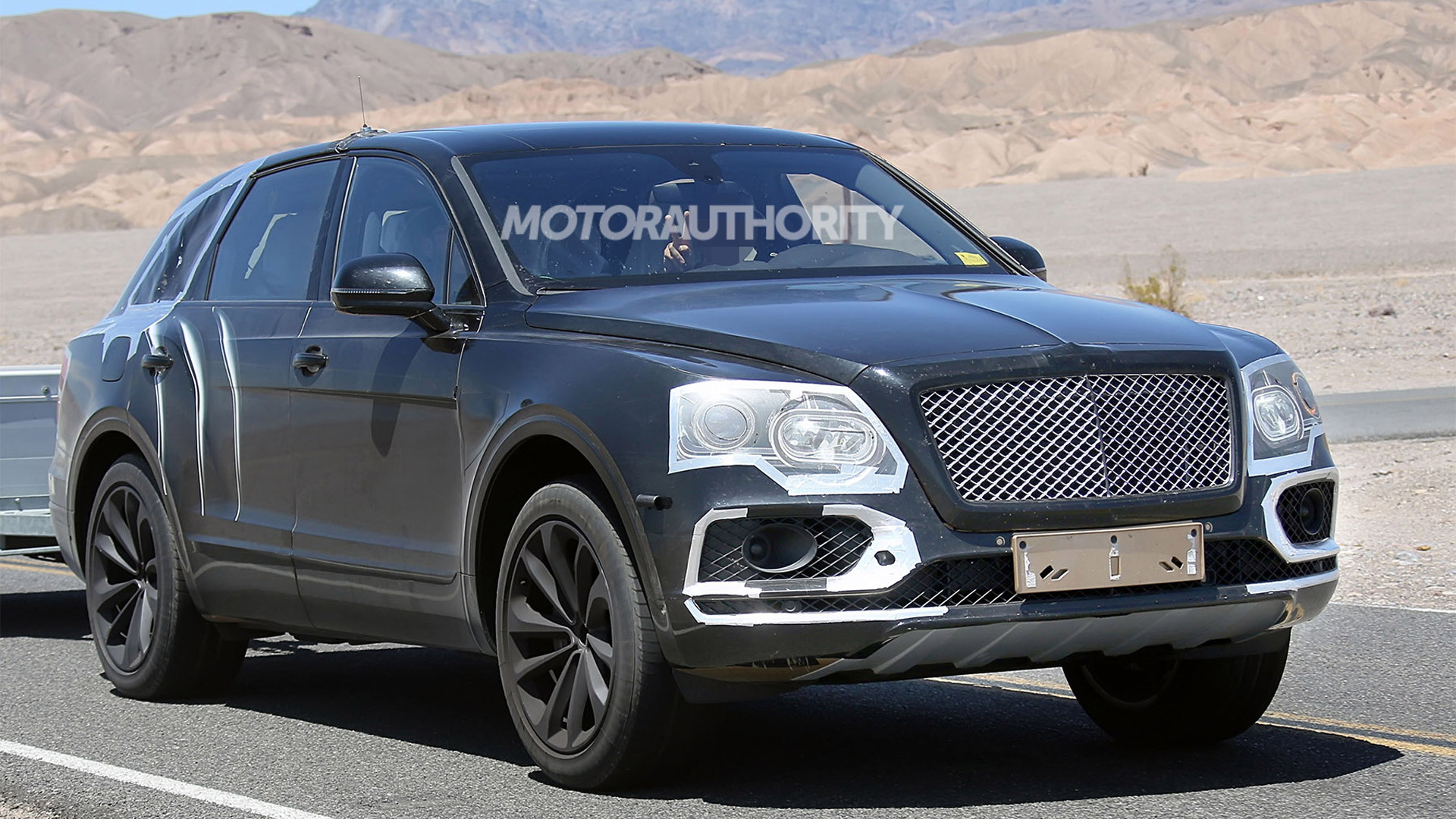 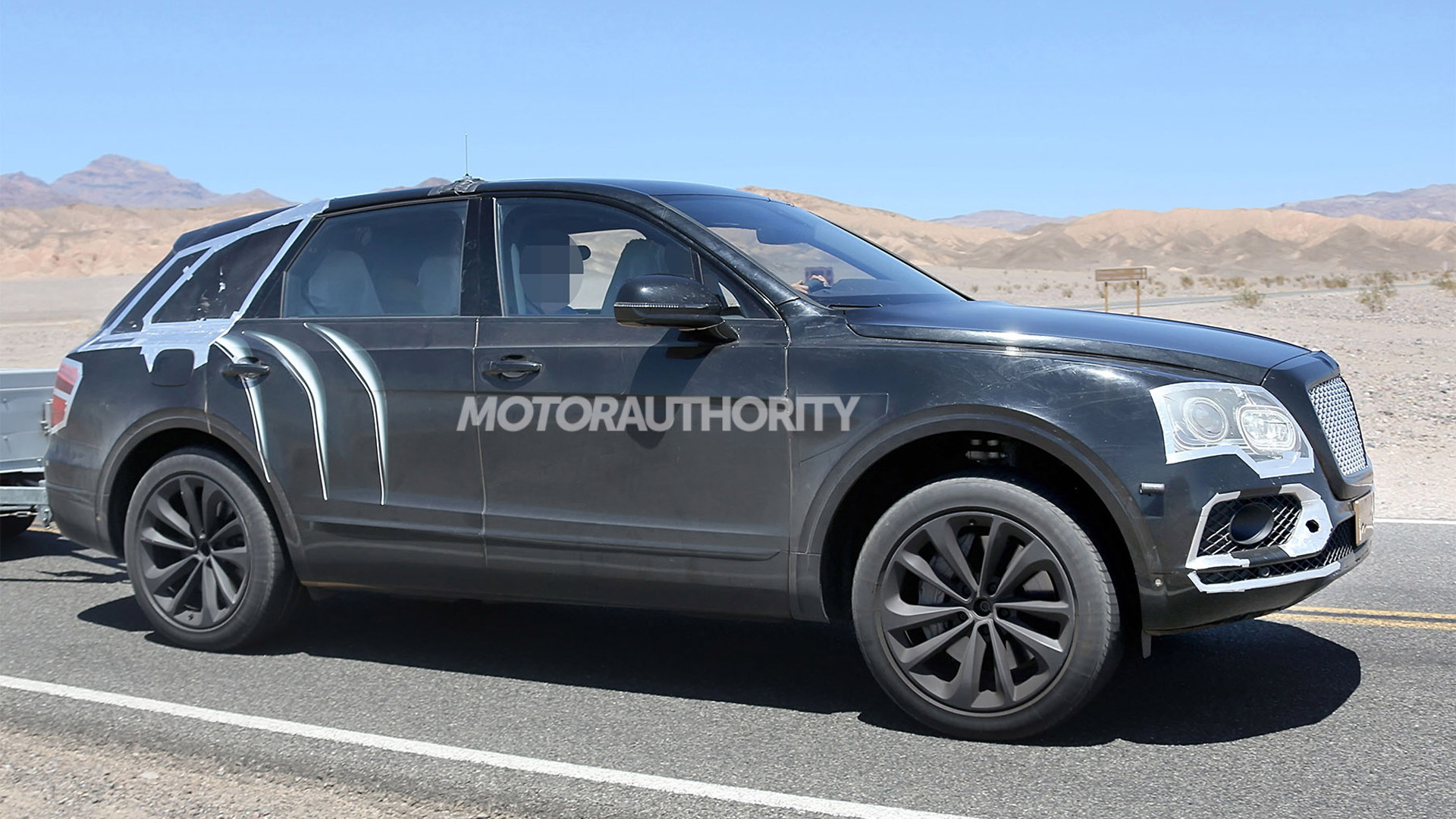 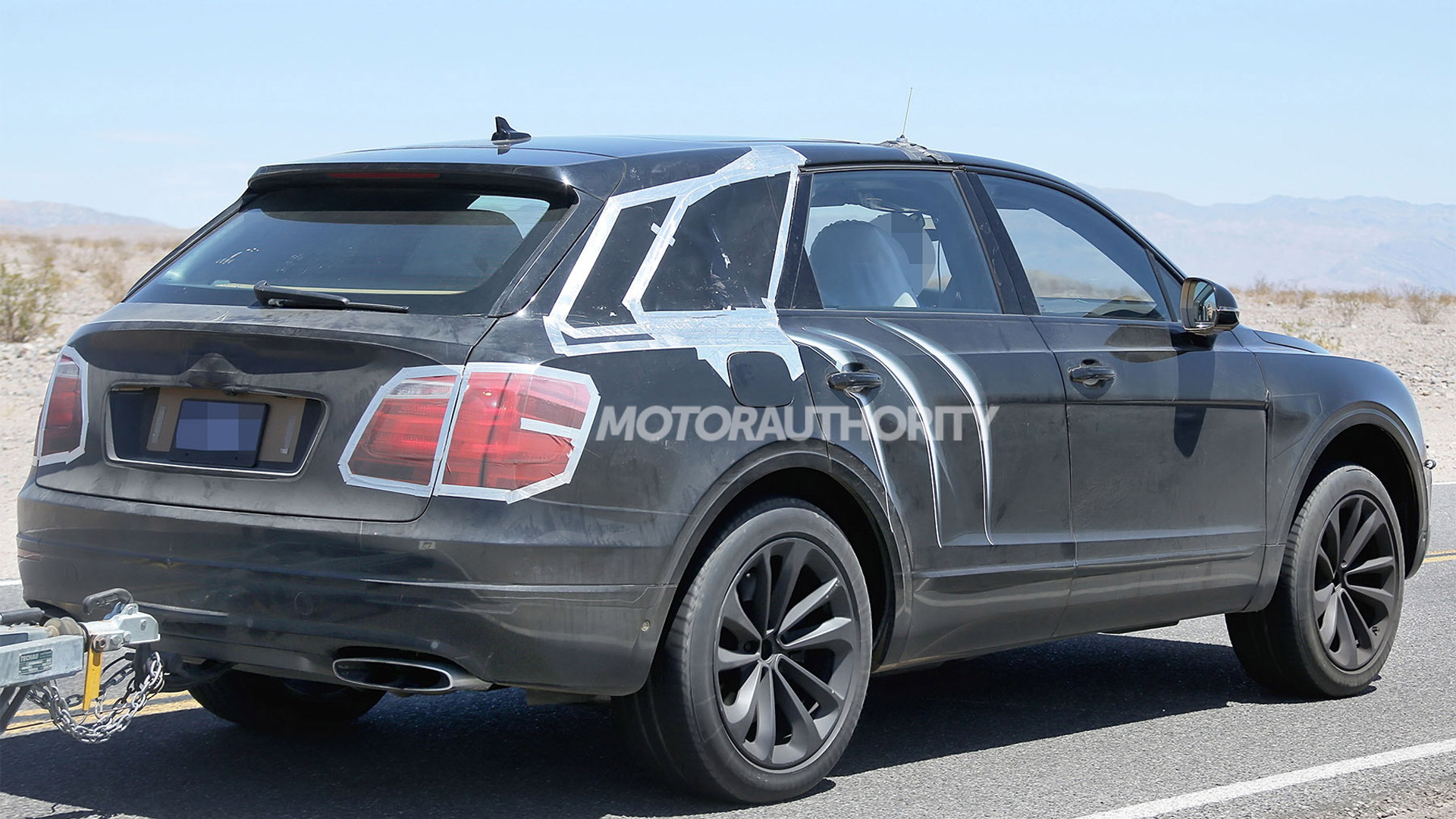 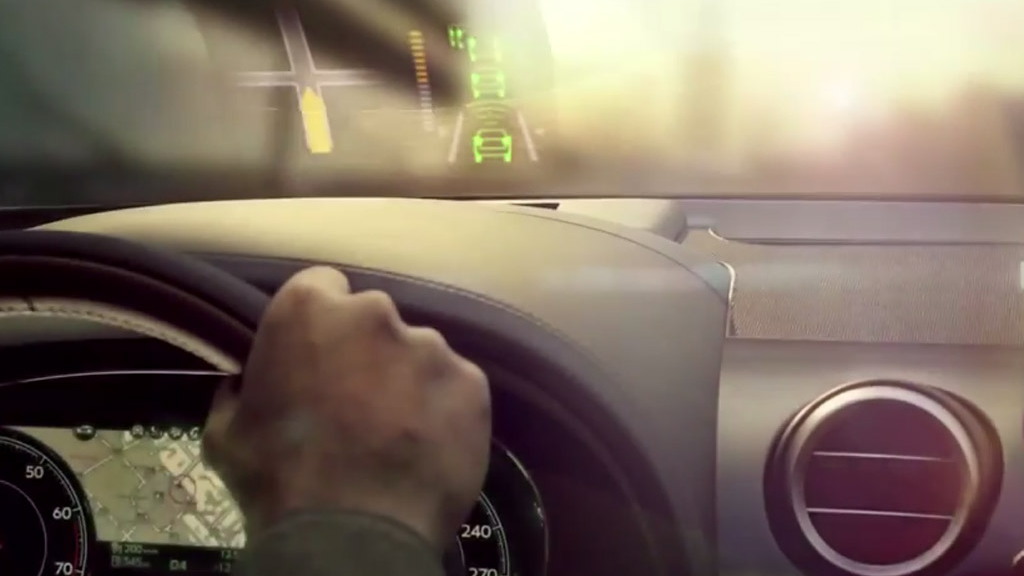 Bentley’s new Bentayga isn’t due for an official reveal until next month’s 2015 Frankfurt Auto Show, but photos of a scale model that appears legitimate provide an early glimpse. Prototypes for the new SUV already leave little to the imagination but the scale model reveals for the first time the design of key elements such as the lights, bumpers and C-pillar shape.

The Bentayga features a clear evolution of the design first shown on Bentley’s EXP 9 F concept back in 2012, and while we’d hardly call it exciting the vehicle should prove popular with its target market. There isn’t really a direct competitor for the Bentayga, though Rolls-Royce is working on addressing the issue.

Underpinning the Bentayga is the same SUV version of the Volkswagen Group’s impressive MLB Evo platform that debuted in the 2017 Audi Q7. This same platform, in shortened form, will eventually appear in next-generation versions of the Porsche Cayenne, Volkswagen Touareg and even a new SUV from Lamborghini based on 2012’s Urus concept.

The Bentayga also benefits from an all-new W-12 engine that like Bentley’s current W-12 will have a 6.0-liter displacement and twin-turbocharging system. A V-8 variant should follow shortly after launch and a plug-in hybrid variant has been confirmed for 2017. It’s also possible we’ll see a diesel variant at some point.

You’ll find more information on the Bentayga in our previous spy shots report, and you’ll find more photos of the scale model over at Car News China.