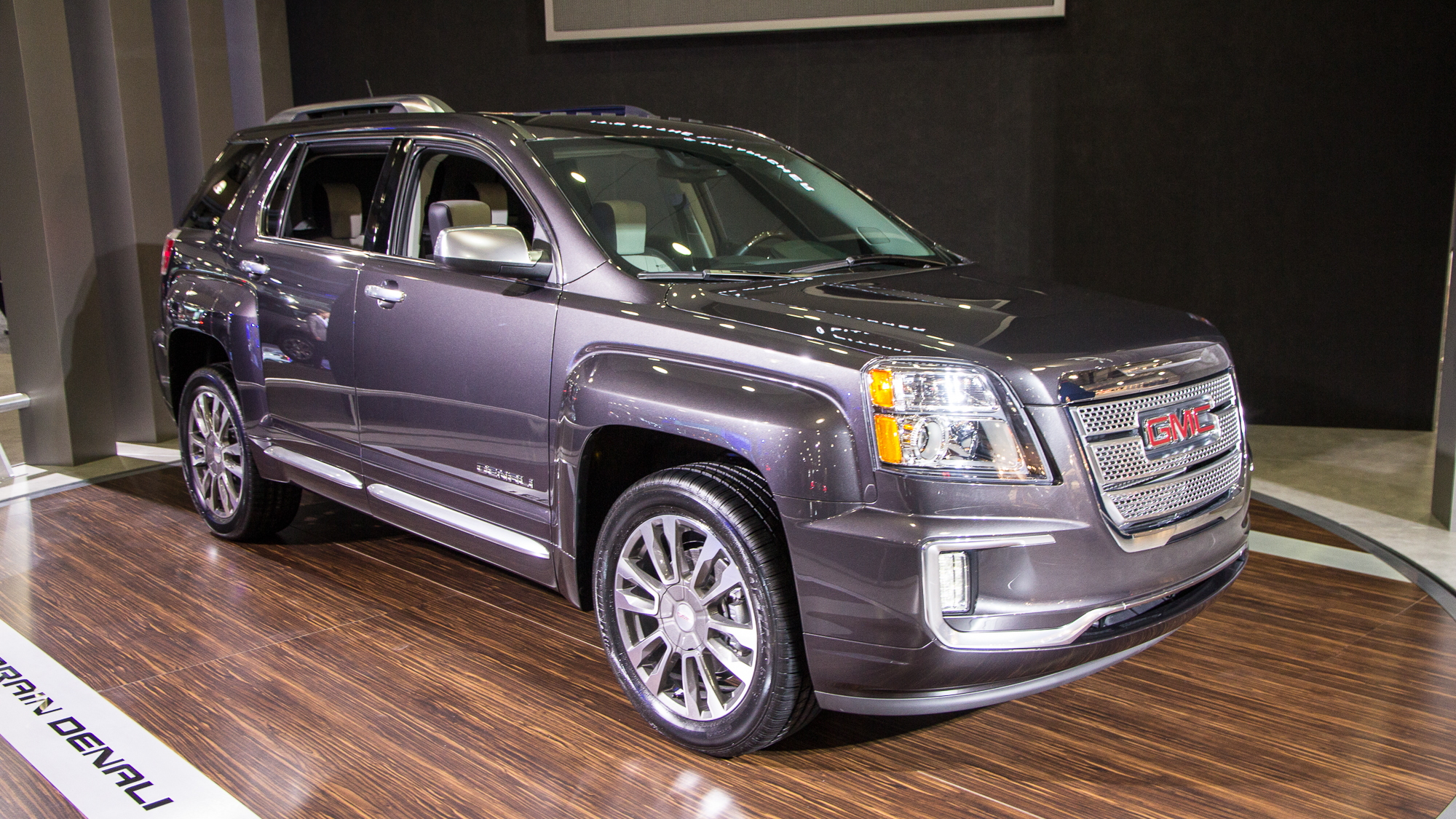 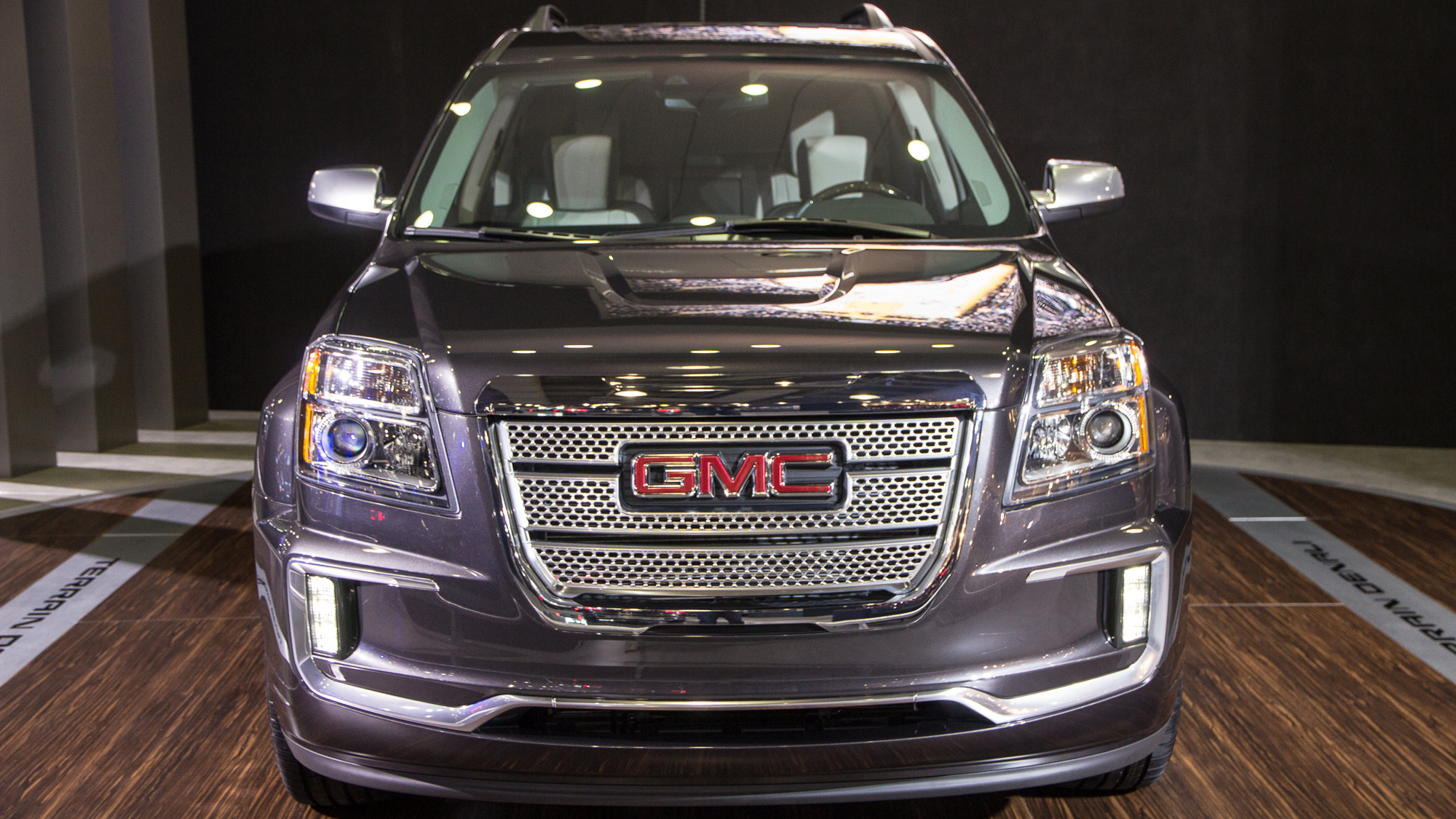 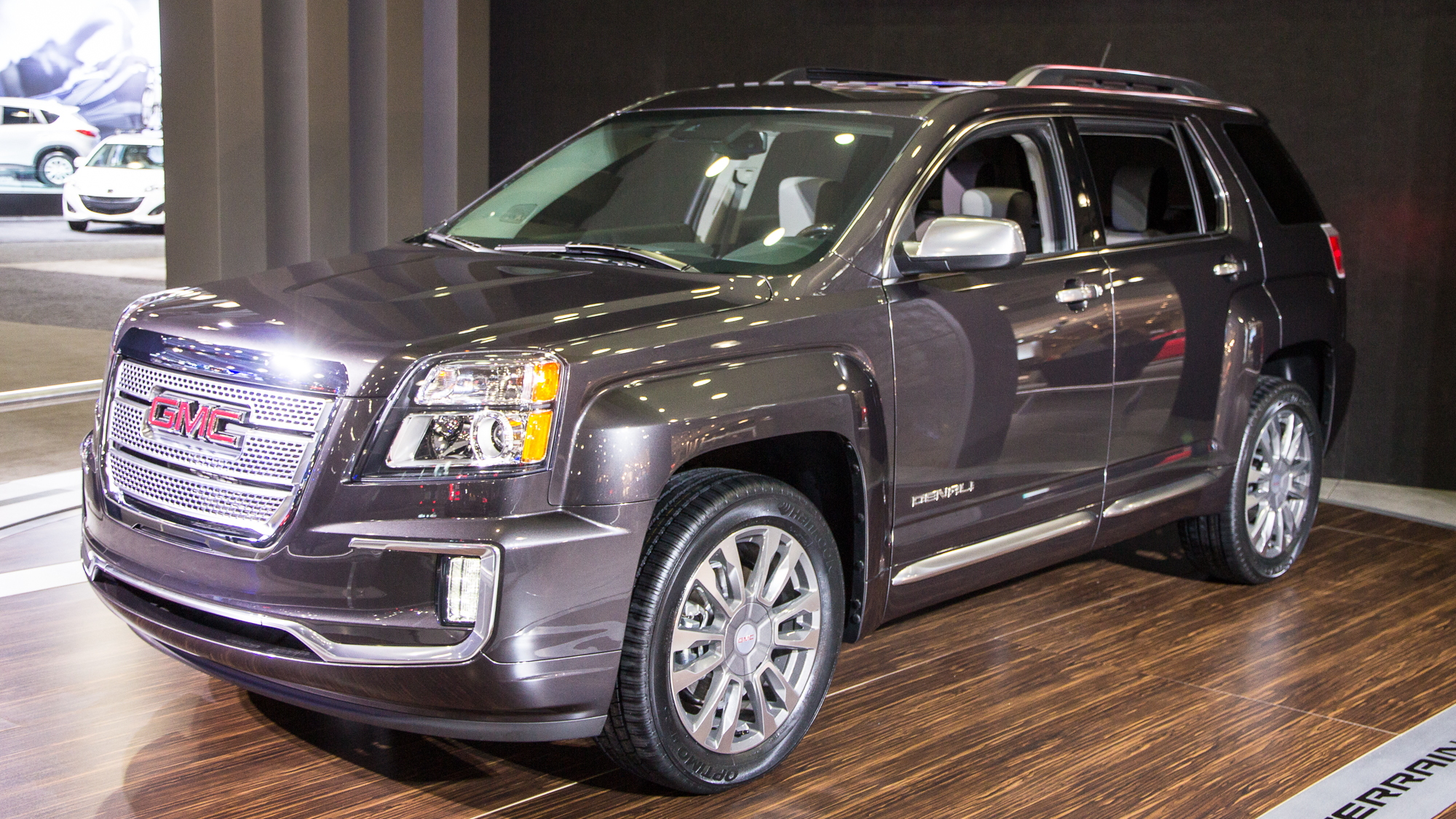 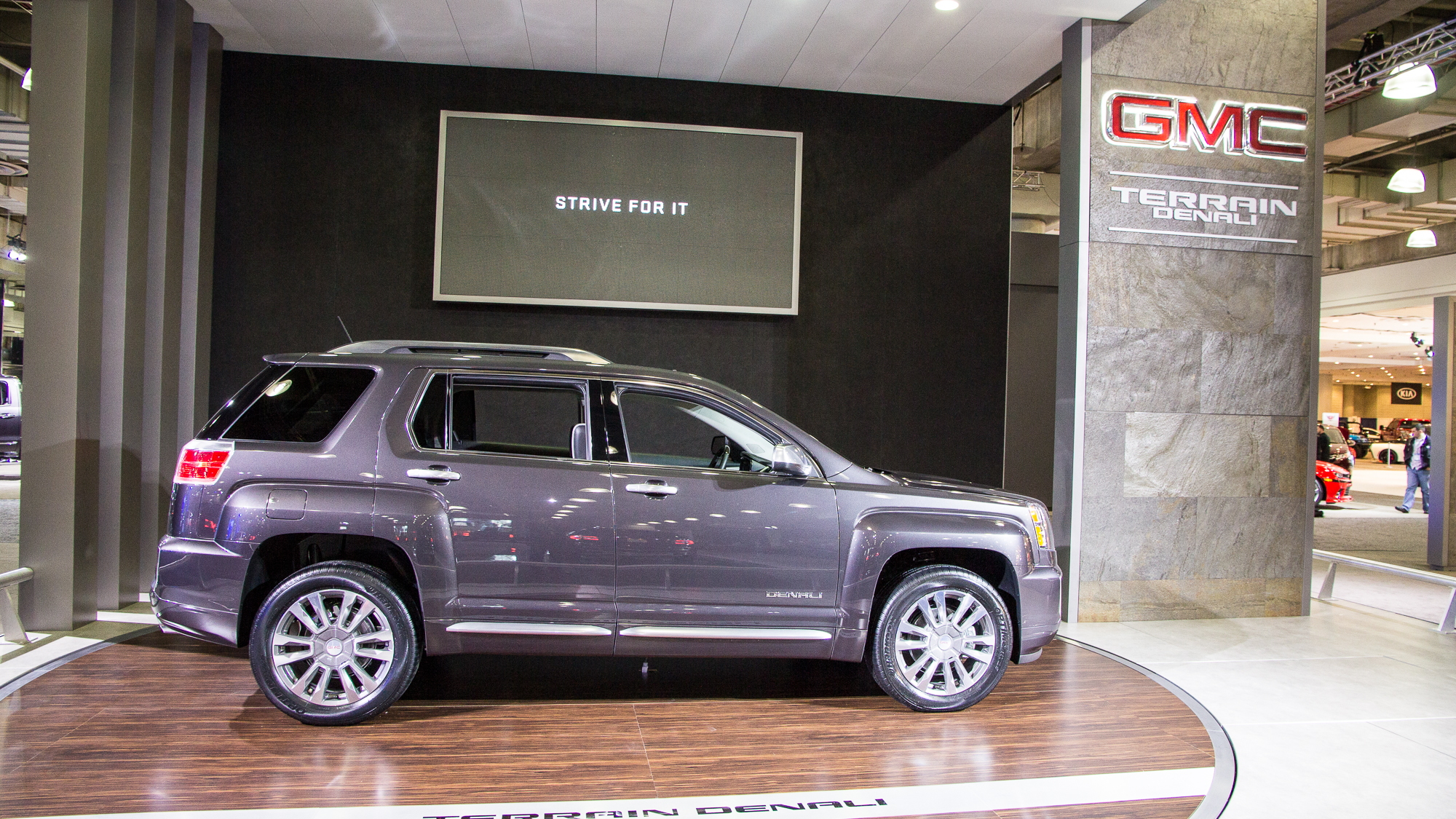 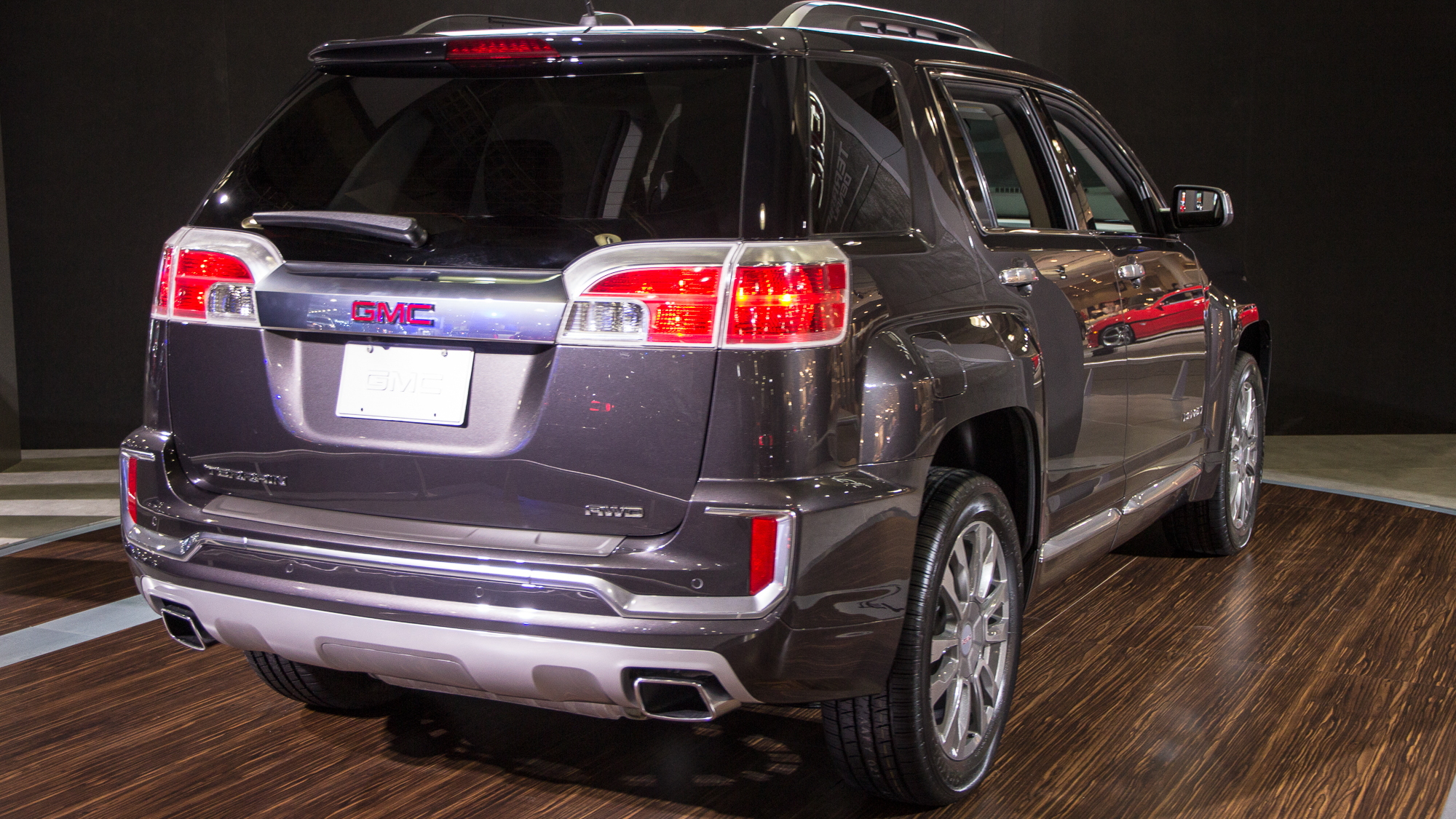 The Terrain was first introduced for the 2010 model year to help General Motors Company’s [NYSE:GM] GMC brand, known for its big and brawny SUVs and pickup trucks, capitalize on growing demand for compact, fuel-efficient crossovers. The segment is still booming, growing 17.4 percent last year alone and now accounting for 15.7 percent of the total new car market in the U.S. Yes, for the first time in history, compact crossovers have overtaken mid-size cars as the industry’s most popular segment.

Sales of the Terrain have never been better, with the vehicle recording its best year ever in 2014 with 105,016 sales. And this year is shaping up to be even better, with sales up for both January and February. This momentum should continue thanks to the introduction of an updated Terrain later this year. The vehicle, which arrives as a 2016 model, made its debut this week at the 2015 New York Auto Show.

GMC’s designers have kept the Terrain’s rugged looks but tweaked the bumpers, hood and grille, and added some extra chrome and LED detailing. The upmarket Denali is still around, and now includes a unique tri-segment grille texture. The standard wheels are 18 inchers while the Denali comes standard with a 19-inch set.

There are some changes inside, too, with all 2016 Terrains coming with a revised center stack that now features a new storage shelf and updated control graphics. Depending on trim level, you’ll find new items such as Saddle Up premium leather, a chrome-trimmed shifter and eight-way power-adjustable seats. Storage space is up to 63.9 cubic feet when the rear seats are folded down.

No changes have been to the powertrains, which means a 2.4-liter four-cylinder, rated at 182 horsepower, is standard. Those seeking more power can opt for a 301-horsepower 3.6-liter V-6, capable of towing up to 3,500 pounds. Terrains are offered with a choice of either front- or all-wheel drive, and all models come equipped with a six-speed automatic transmission.

The 2016 GMC Terrain will be available in the fall, in SL, SLE (SLE-1 and SLE-2), SLT and Denali trim levels. Pricing will be announced closer to the market launch.

For more from the 2015 New York Auto Show, head to our dedicated hub.