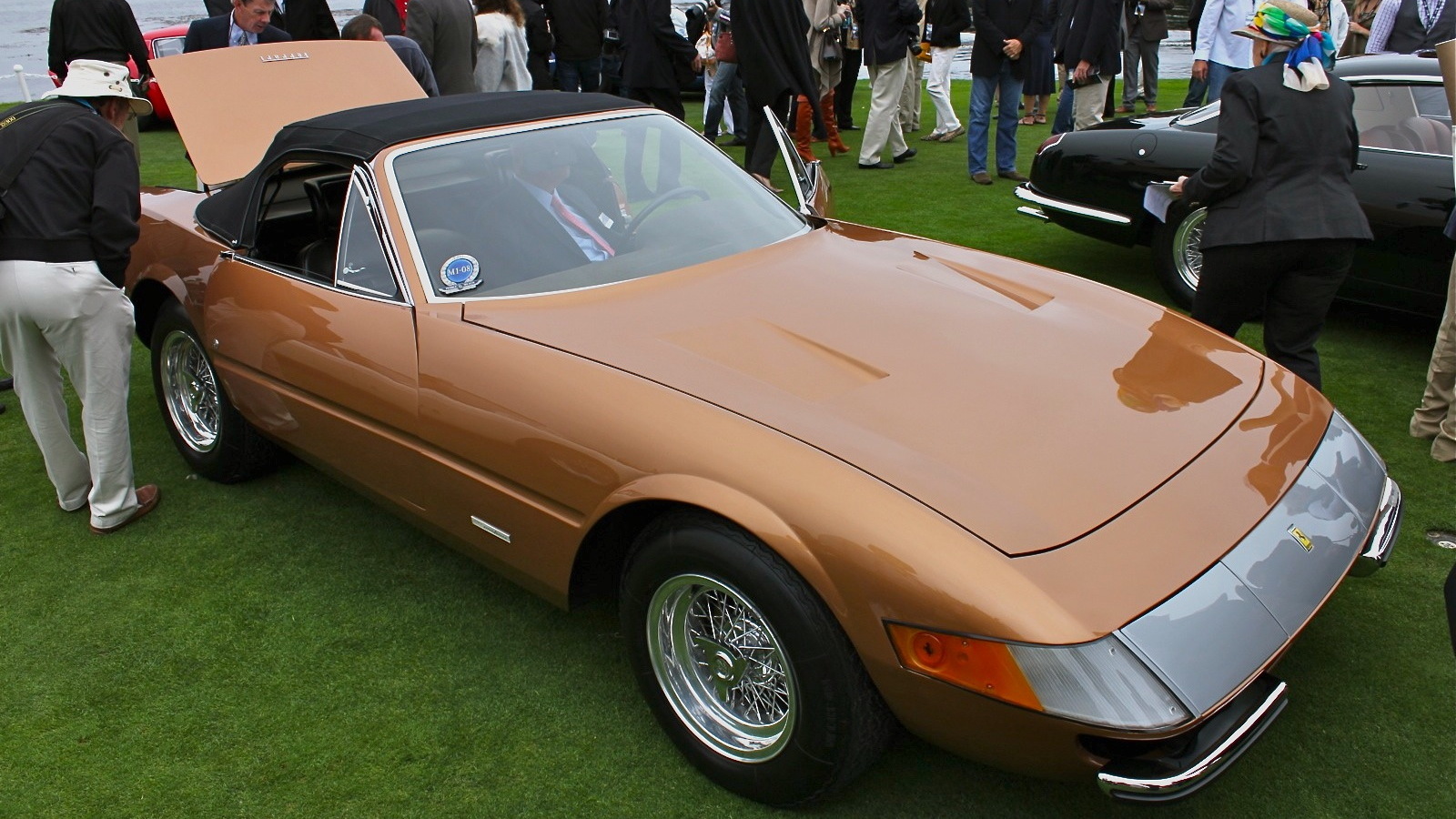 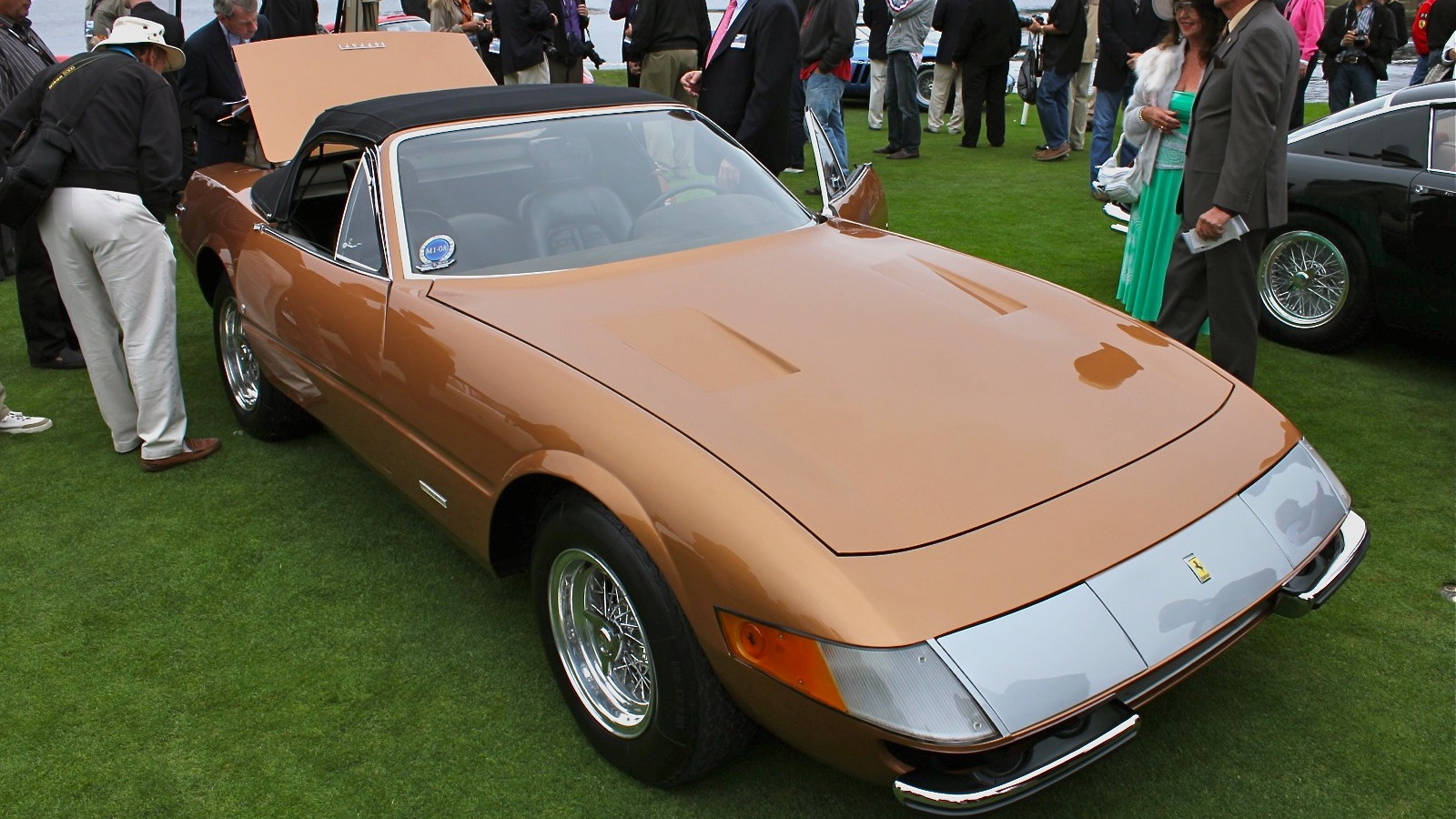 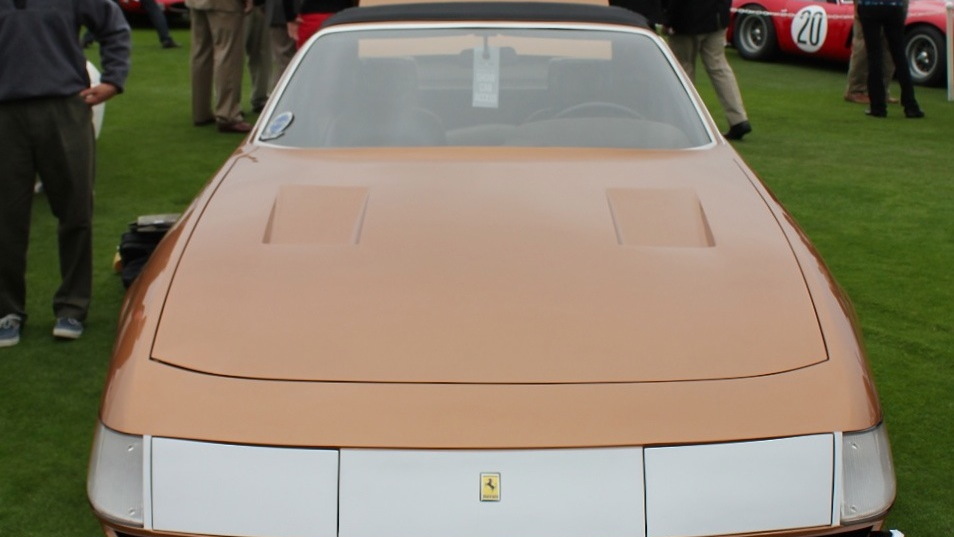 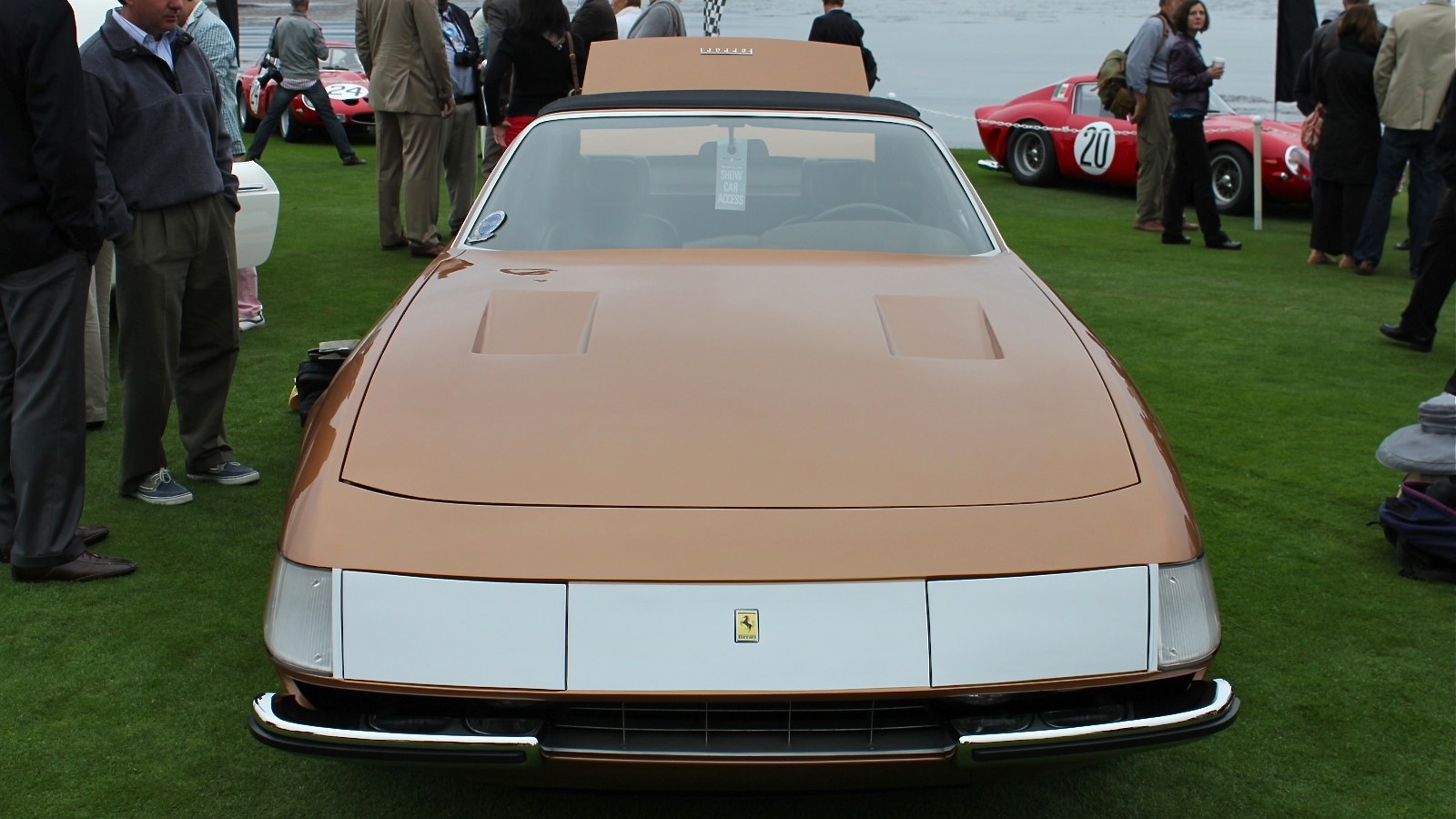 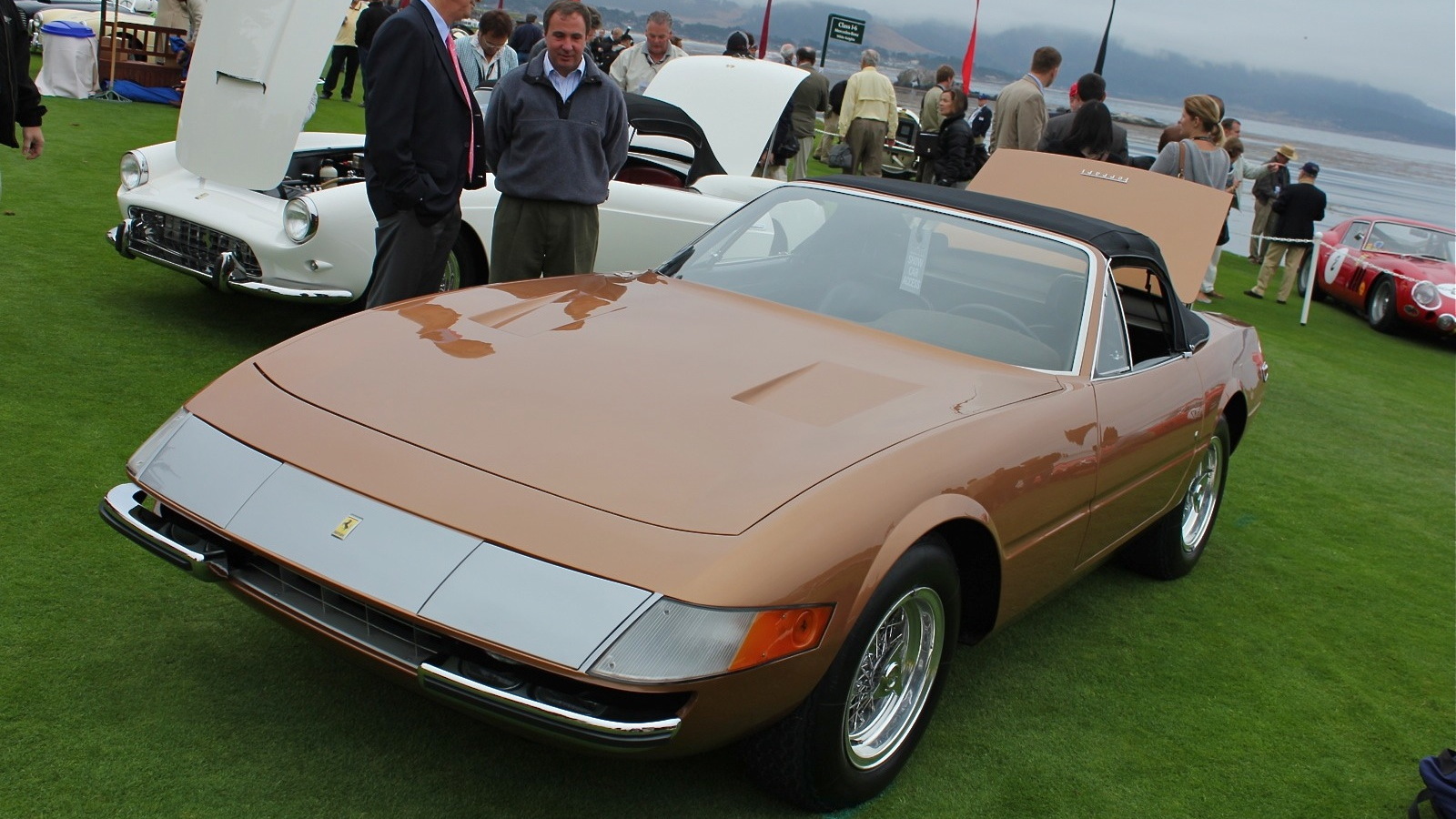 How do you get to Pebble Beach? It's not as simple as finding your way past the 101, to Asilomar and 68, then over to 17 Mile Drive.

For collectors of extraordinary cars, the road to Pebble Beach can take years to find, let alone conquer. First, you have to seek out a car that makes you want to devote months of your life, and hundreds of thousands of dollars, to restoring it. There must be provenance, and the perfect amount of wear. Add all those together with the hazy politics surrounding the winners and how they decide who joins their elite clique, and there's simply no guarantee that even a car with a perfect Pebble pedigree will even get a place on the lawn.

Today, more than 200 cars vied for the top honors, with special classes devoted entirely to the likes of Stutz, Mercedes-Benz, and even motorcycles. And though a winner's been named, we have our own favorites from this year's Concours, the 61st--because we can't imagine a world where a pure, original Ferrari almost 40 years old isn't a winner of something.

My best-ofs are a mix of mostly postwar cars, some with incredible backstory, most with zero chance of winning Pebble's big trophy. If you're looking for vehicles with more racing bona fides, click over to Nelson's Pebble Beach Concours winners list.

My select seven are these fabulous machines:

Owned by Gary Schaevitz, from Bedford Corners, New York, this one's an original from the cocaine-era Ferraris. It's also a cunning Snickers shade of brown, which makes it empirically superior to anything of its era or of this one, not to mention delicious. Dig the original seats: we wish every Camaro and Mustang came with buckets ribbed like these.

There's so much Fifties excellence going on in this package, it's a shame it practically was disqualified before judging even began. The Aston's rolling chassis was mated to a Ghia body, and owned by racing's Harry Schell. For Pebble, its owners (the Patterson Collection and Brian Joseph) put it on truck in Detroit with a perfect windshield--and opened the container only to find several irreparable cracks.

If we were gentlemen, and could afford fantastically designed boattails, we think we'd choose something like the achingly gorgeous Auburn 852, Its 150-horsepower straight-eight engine helped it set more than 70 new world records. This example has a body styled by Gordon Buehrig; it's owned by Paul and Cheryl Petrovich of Sacramento.

This amazing offbeat Pebble entry is the essence of steampunk, with its nautical theme and its carved and laminated wooden body. One look at the fabulous Renault badgework, and we know where Pottery Barn sourced its creepily uniform stylebook. Coachbuilt by Henri Labourdette, this spectacle sports six cylinders and has had only three owners since new, including its current keepers, Tom and Gwen Price of Larkspur, Calif.

A concept car with some Jaguar D-Type influence and some space-age flair, the Exner-penned XNR (get it?) is powered by a slant six. Come with us full circle: the Plymouth once was owned by the Shah of Iran, who commissioned the G-Class from Mercedes-Benz, which also once owned Plymouth. This car survived civil war (Lebanon's, not ours) hidden in a basement garage. It's owned by Karim Edde, of Beirut.

Something about this epic Cadillac makes the modern-day Ciel concept, parked outside on the Lodge's putting green, look halfhearted. Designed by Harley Earl for Harold Boyer, a vice president for military manufactorung, this car has a hard tonneau and folding convertible top, which its handler was loathe to raise for scratching its fine buff taupe paint. The chrome was as flawless as any I've ever seen on display at Pebble. It's owned by John and Heather Mozart of Palo Alto, Calif.

Bloodthirsty bag of douche Nicolae Ceausescu owned this roofless wunder in the 1970s, and a decade or so of pure open-air fun was had before his own people put several bullets in his head in 1989. While the warm glow of Zebrano wood is an achingly familiar sight to Benz alumni everywhere, the roofless landaulet body would seem like a wasted, open invitation to take a shot at the Romanian dictator. It's a puzzle missing several key pieces, but we're most fascinated by this Benz' stunning, state of the art communications systems. Look at the cell phones--now look at your cell phone, and then look back at these bricks, and you'll realize 22 years is already a very, very long time ago. The owner is Stephen Brauer of St. Louis.