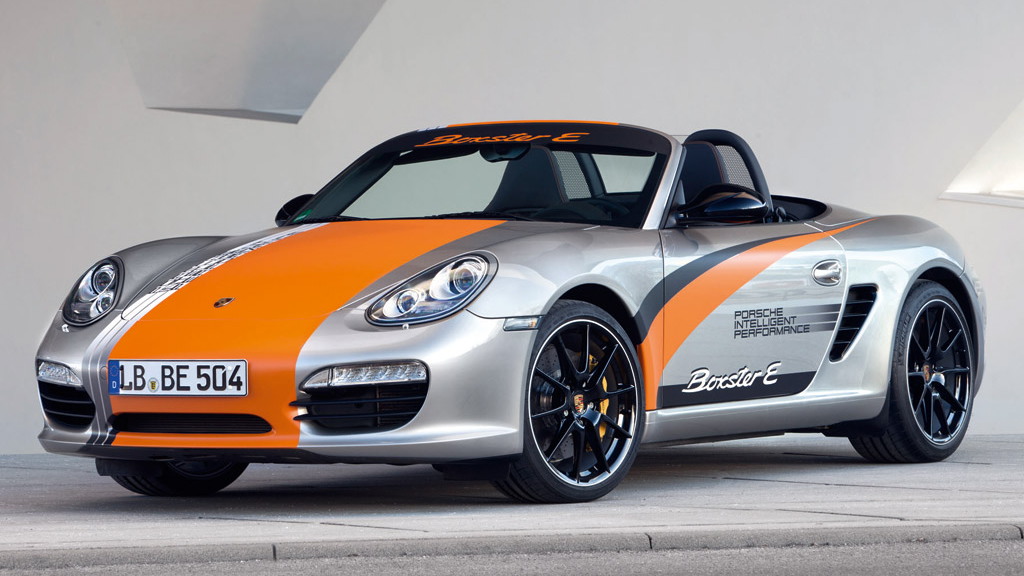 Porsche may not be the first name you think of when you think electric cars--Tesla, Nissan, Chevrolet, even Smart are more likely--but that may change, especially if you're into speed and handling. Porsche recently reaffirmed its promise of a year ago to build electric performance cars.

A year ago, the promise was more of an idea, or a mission statement: any EV that Porsche might build first would have to live up to its standards of performance and comfort. At the same time, Porsche was committed to building an EV prototype. That has since happened, in the form of the Boxster E.

The latest iteration of Porsche's electrification plans comes by way of an Inside Line report citing Dr. Michael Steiner, development lead on the Panamera S Hybrid project, who says Porsche is researching the use of PDK dual-clutch transmissions with electric drive systems to allow superior performance and to encourage revving the motor more than a single-speed solution, like that used in the Tesla Roadster, would.

Over the past year and a half, Porsche has garnered more attention from the green media through its use of the Formula 1 KERS-like hybrid system found in its GT3 R Hybrid endurance racer, as well as the hybrid 918 Spyder and 918 RSR supercar concepts. Taken together, Porsche's bevy of high-performance electron-users is impressive.

Add in the Panamera S Hybrid and Cayenne S Hybrid production vehicles, and you've got the makings of one of the most prolific green brands around--from a company once known exclusively for its sports cars.

Next, consider reports that Porsche CEO Matthias Muller tested a fully electric Panamera prototype this week. Details on the car and Muller's impressions on its suitability to wear the Porsche badge are as yet being withheld, but we can assume the engineering department wouldn't pass it along to the chief if it weren't close to being ready. Whether that will translate to being ready for production any time soon, however, is another matter.

Don't look for any Volt-like extended-range EVs in Porsche's future, however, says Steiner. They are "not suitable" for the company's requirements of driving pleasure.