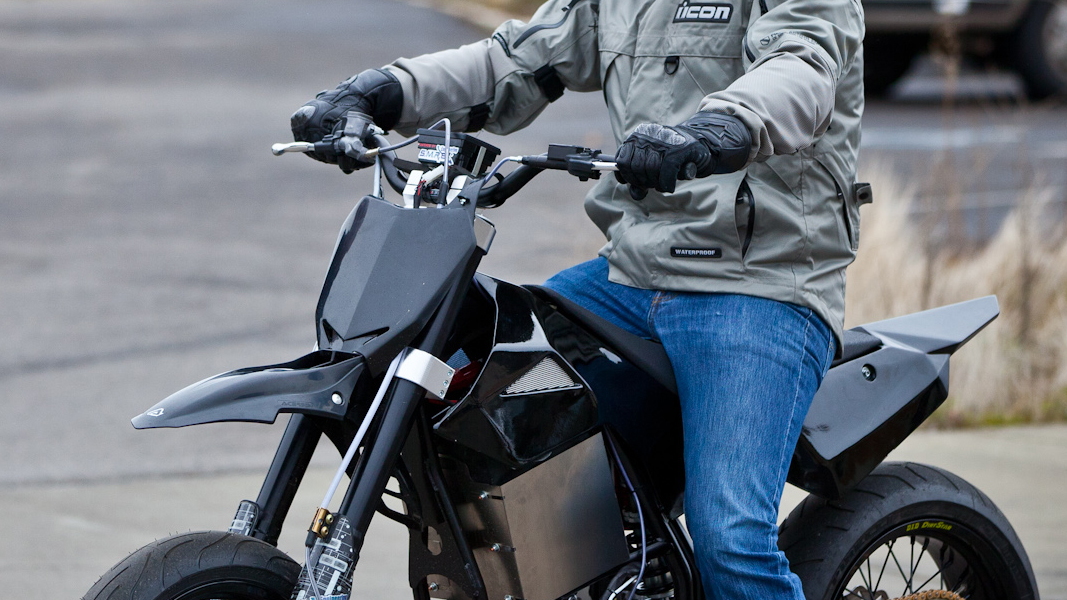 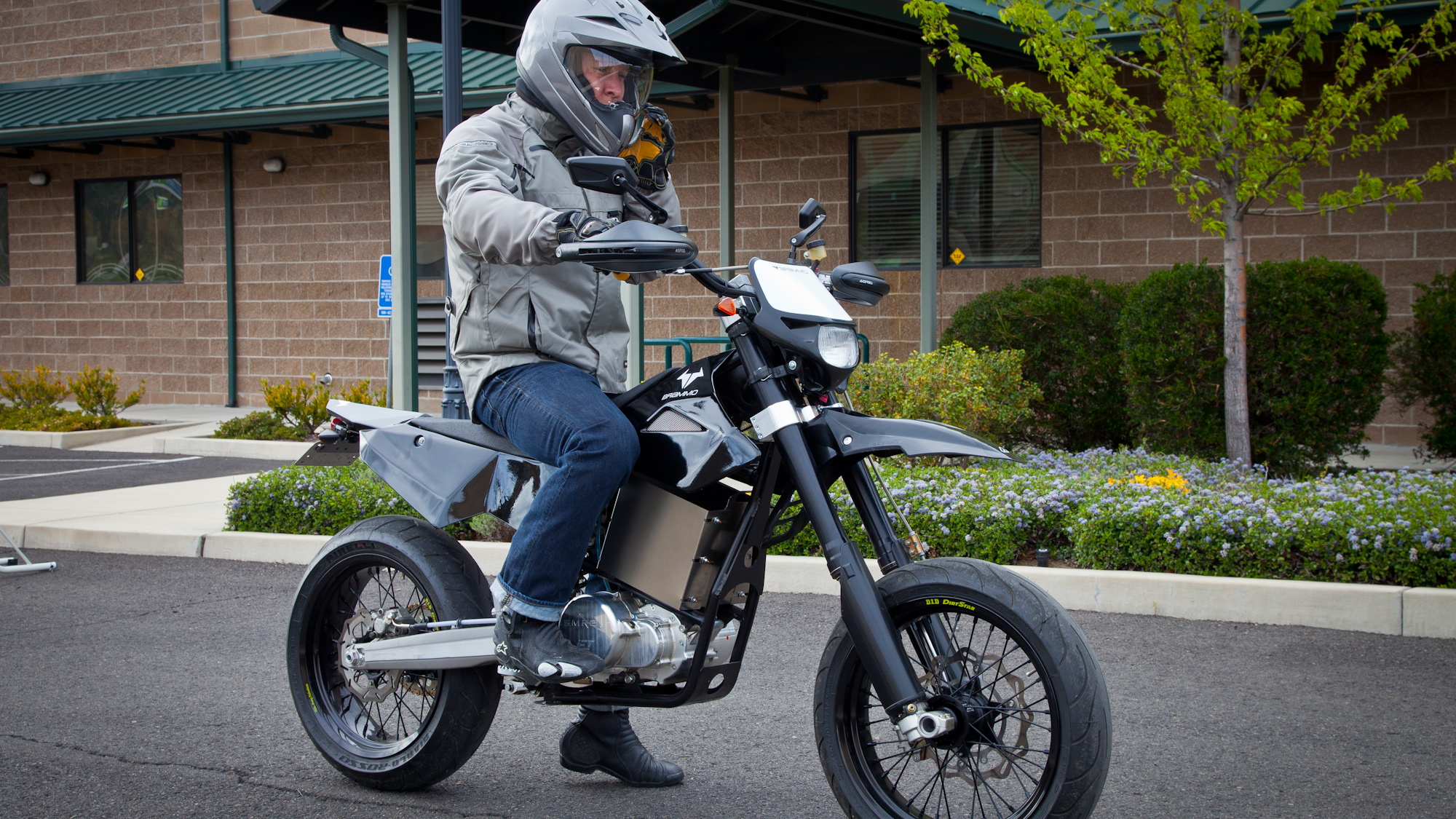 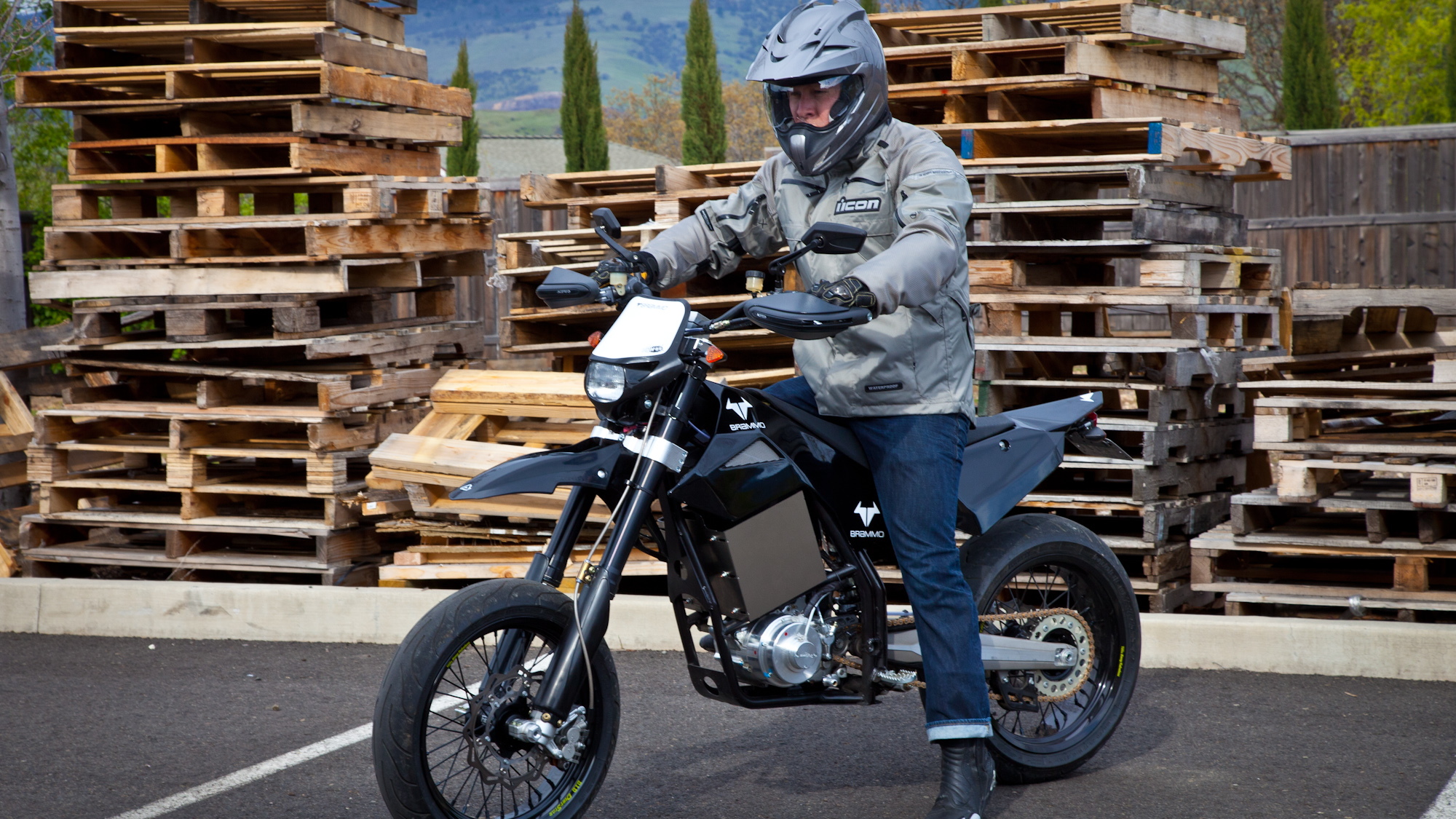 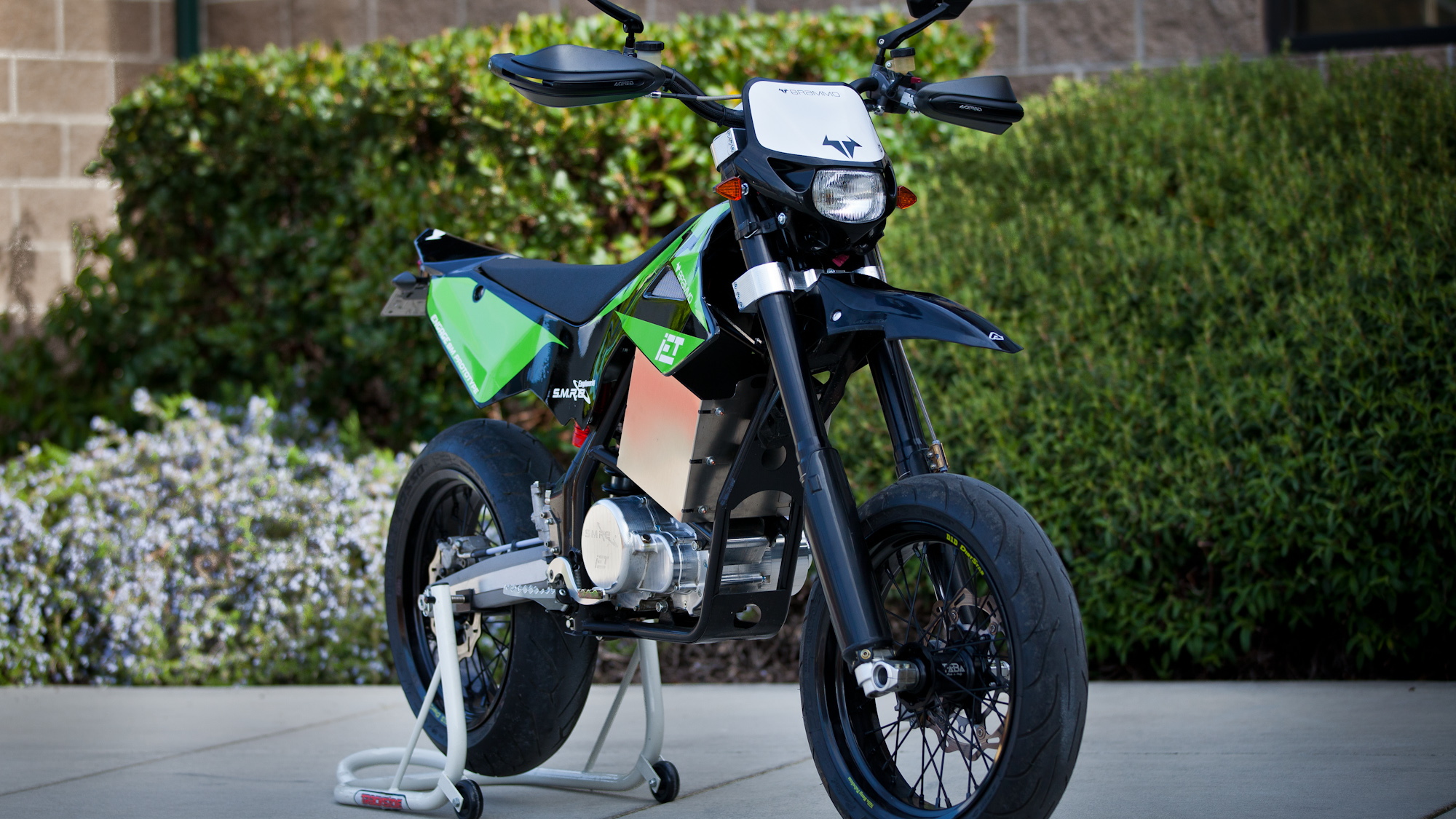 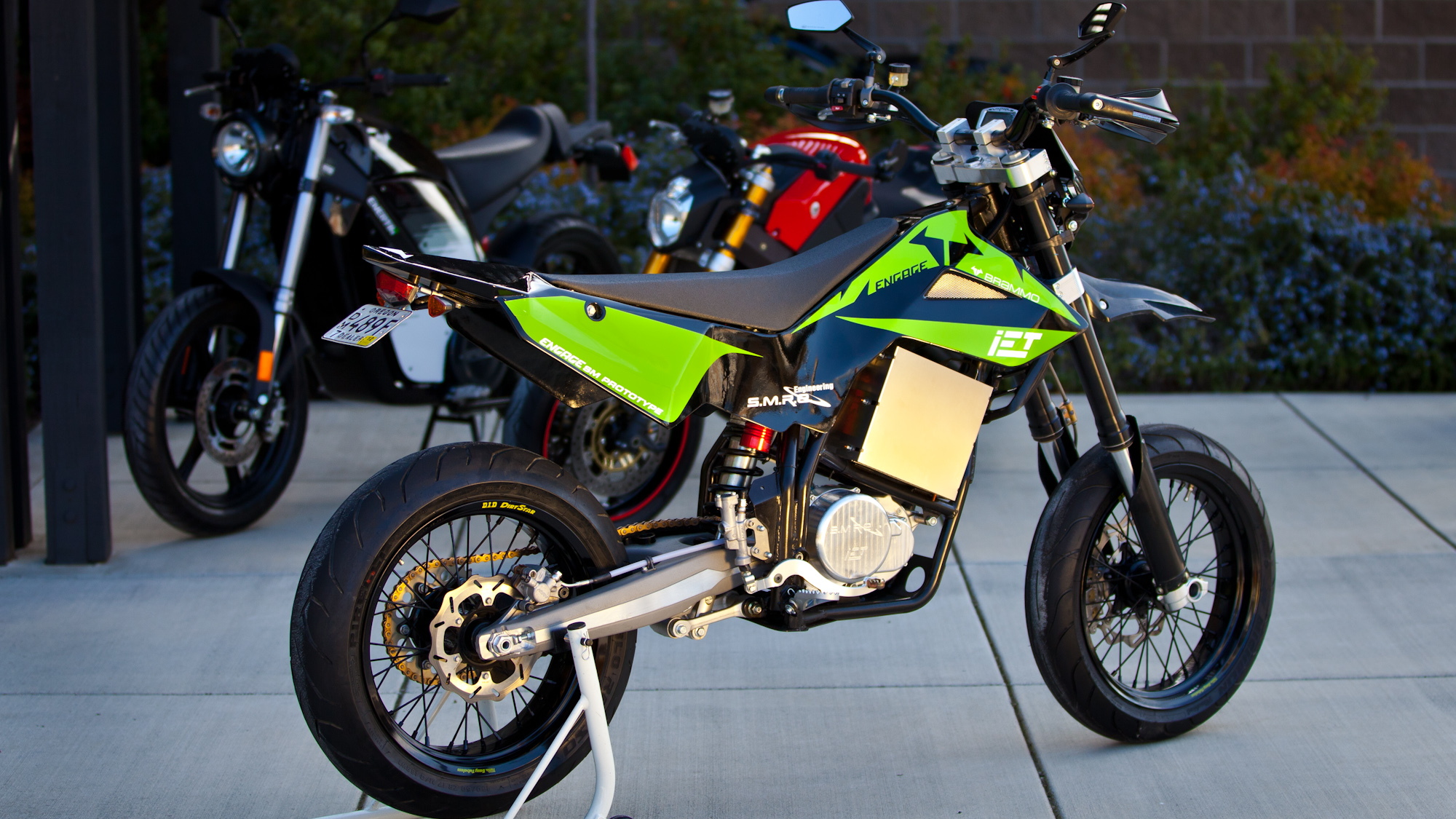 10
photos
Electric vehicles, of both the two- and four-wheeled variety, commonly use a single gear ratio, thanks to the instant-on torque band of electric motors. Sometimes that's not ideal, however, and Brammo has developed a new system to better emulate the performance of gasoline-powered sportbikes with its new Integrated Electronic Transmission (IET).

The IET is a "mechatronic propulsion unit that emulates the feeling and performance of a tradition internal combustion engine," according to Brammo. What does that mean? It means six gear ratios, complete with clutch and gear shifter, to allow hard acceleration off the line through torque multiplication. Traditional single-ratio systems have had to fight to strike a balance between low-end acceleration and top-end speed. The IET solves that, delivering both--just as in a traditional bike.

Brammo has also announced four bikes to get the transmission: the Engage MX, Engage SMR, Engage SMS, and Encite MMX Pro. Brammo's existing battery and electric drive systems power the bikes, but drive the rear wheel through the IET. Pricing spans the range from $9,995 to $11,995 for the three Engage models. Pricing for the Encite MMX Pro, a mini dirt bike, hasn't been announced yet.

Check out the video below to get a better idea just what the IET means, and look for similar solutions, possibly, to appear in high-performance electric cars, where the need for low-end torque is even greater--leading to a similar trade-off in top-end speed.