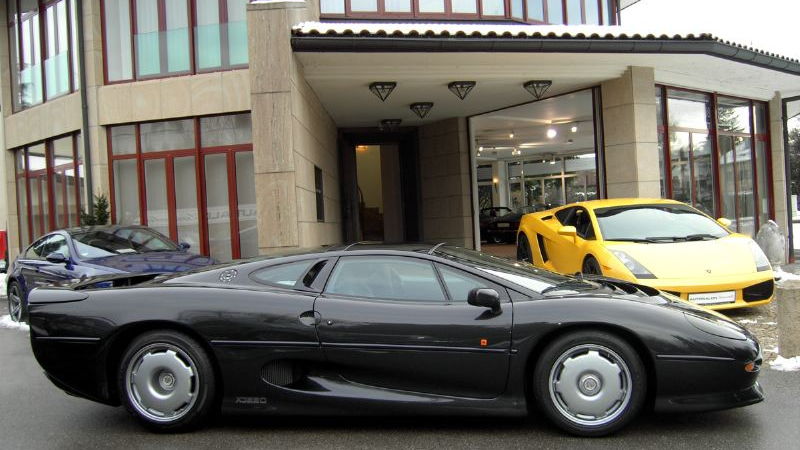 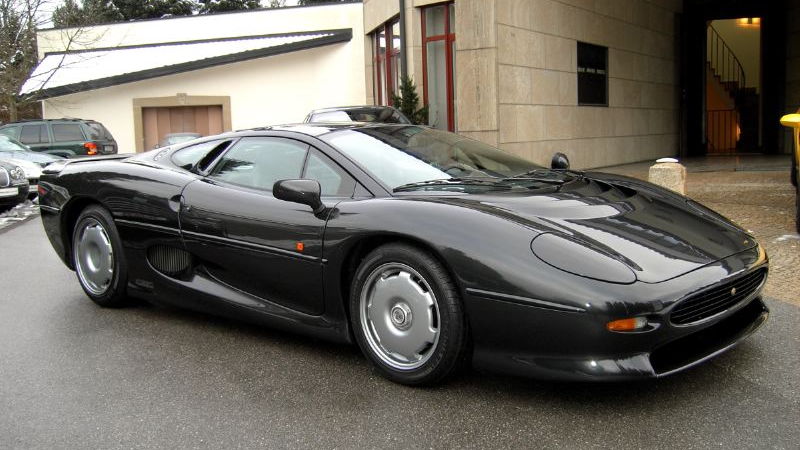 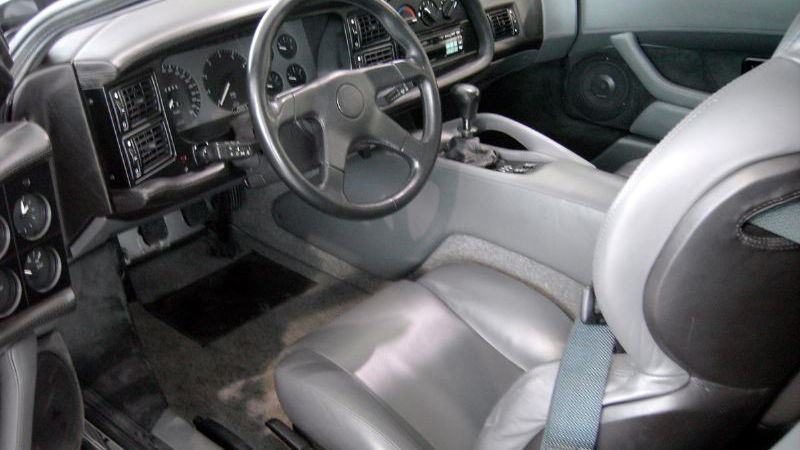 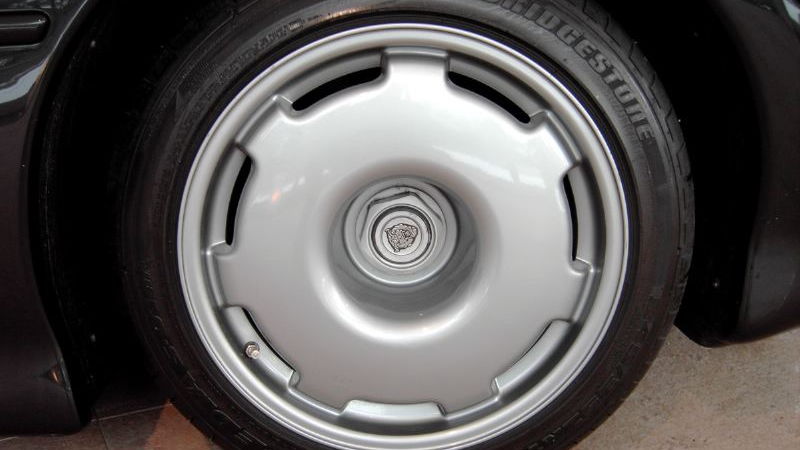 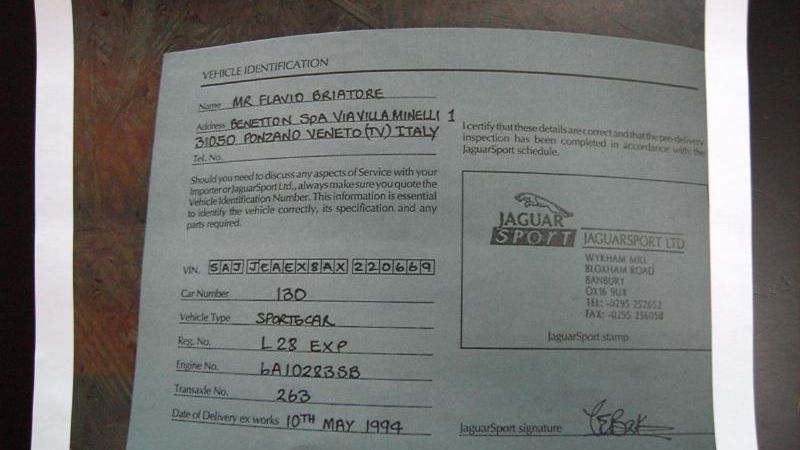 It’s been a while since we last heard about Flavio Briatore, the Italian businessman made famous in the automotive world as the manager of two Formula 1 teams, and for having been forced to resign from his most recent team involvement with ING Renault F1 due to alleged race fixing at the 2008 Singapore GP.

We now have details of a black Jaguar XJ220 supercar previously owned by Briatore up for sale, a 1994 model with less than 14,000 miles on the clock.

The seller claims that the car has never been involved in an accident and that he even has the paperwork, namely, a sales receipt, proving that Briatore was in fact the previous owner.

If you’re unfamiliar with the Jaguar XJ220 (you should be ashamed of yourself), the car was born towards the end of the supercar craze of the late 1980s and early ‘90s and held the title of being the world’s fastest production car with a top speed of 217 mph until the McLaren F1 dethroned it 1996.

It featured a mid-mounted turbocharged V-6 developing 549 horsepower and battled with the Ferrari F40s and Porsche 959s of the time.

Today, the Jaguar XJ220 could easily fetch $1 million given its history and limited production run of just 284 units.