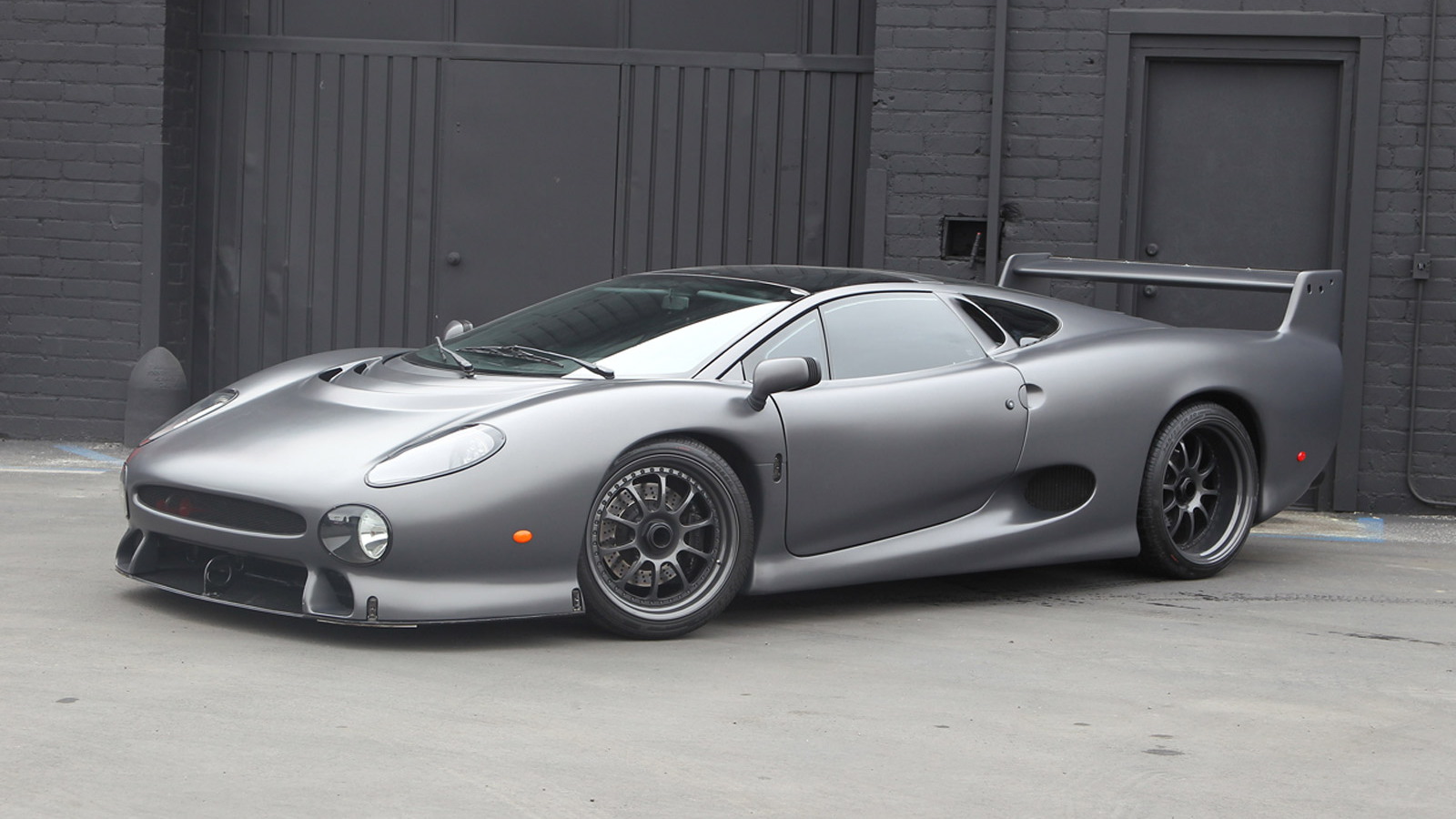 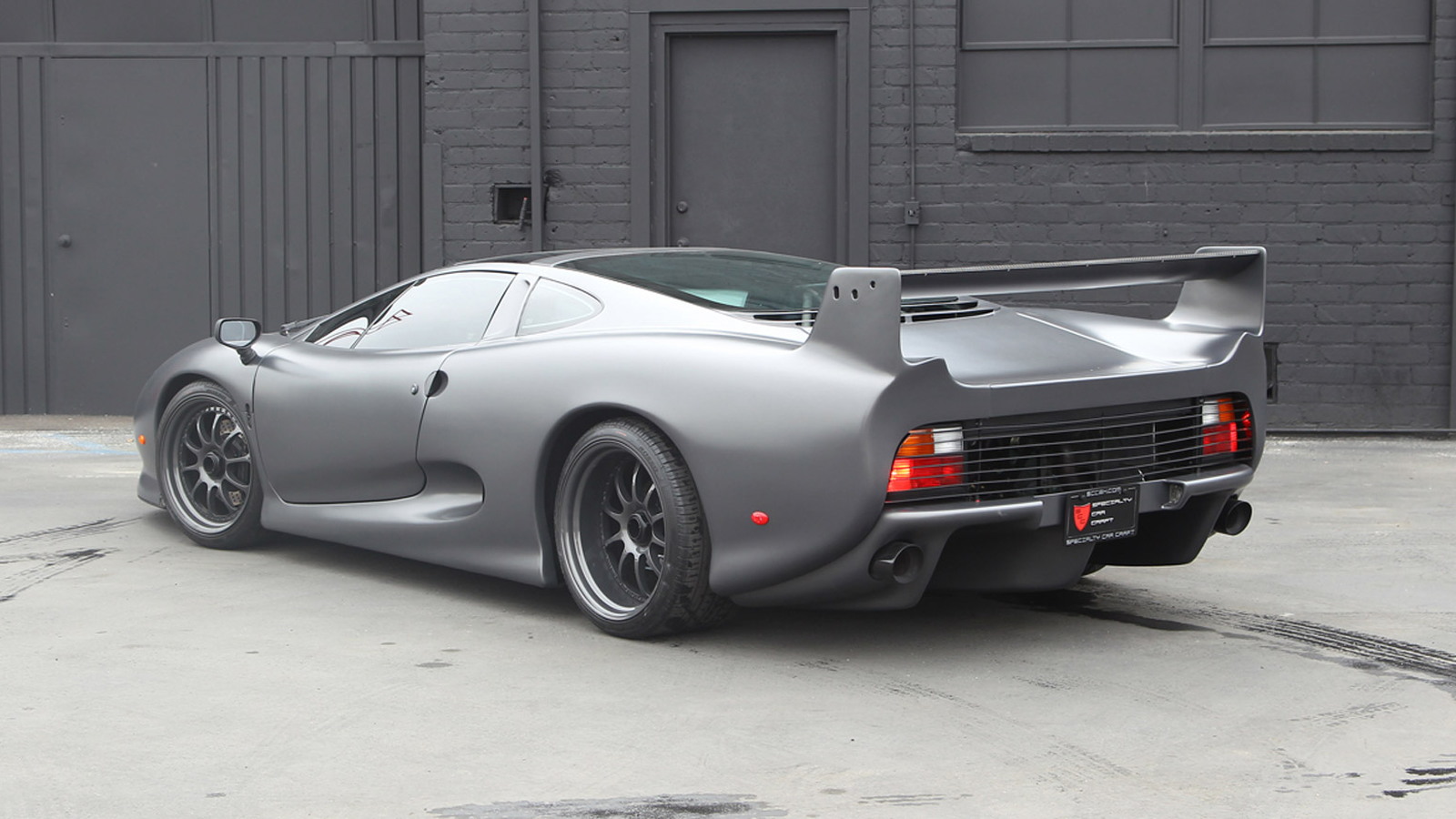 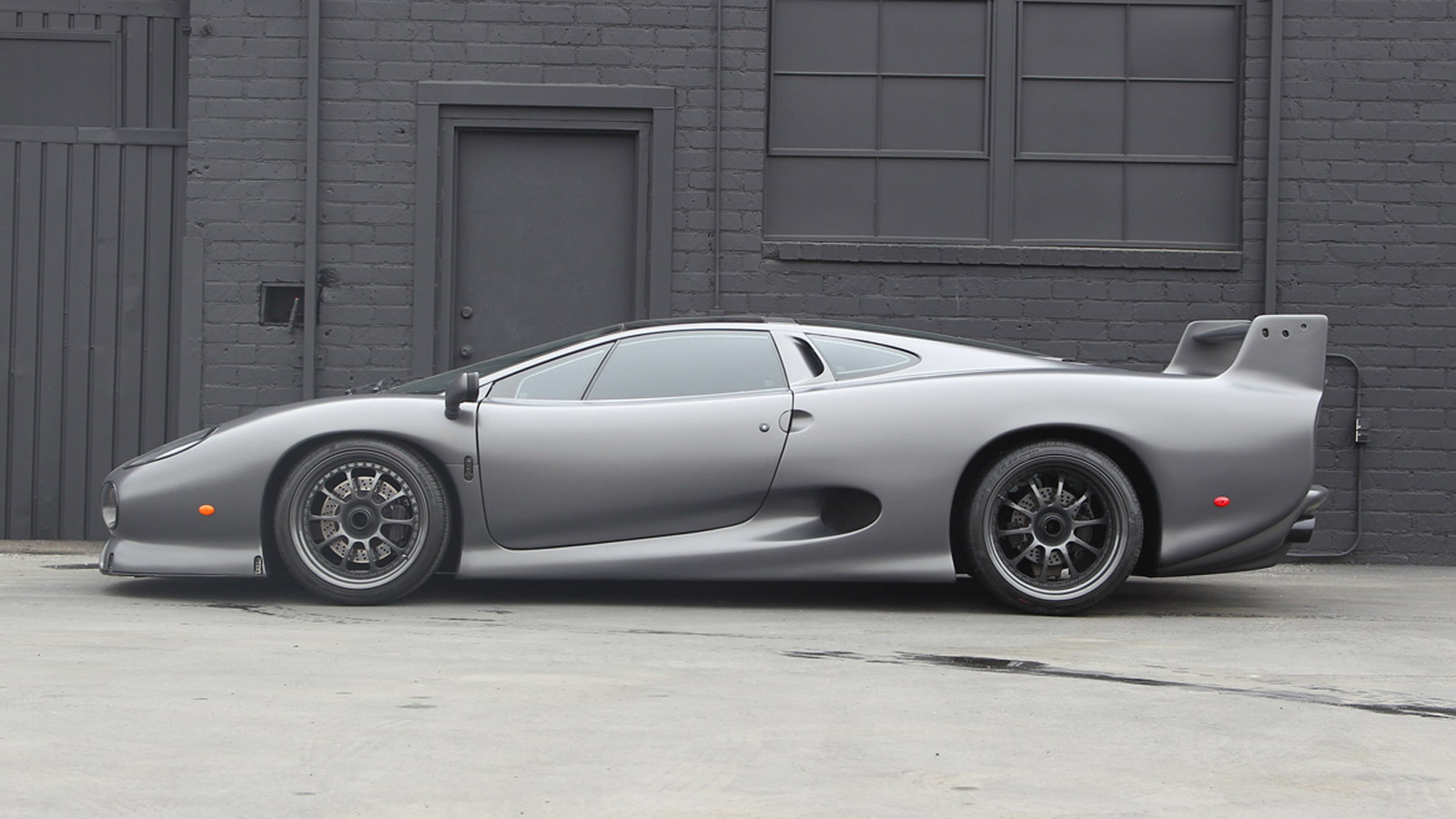 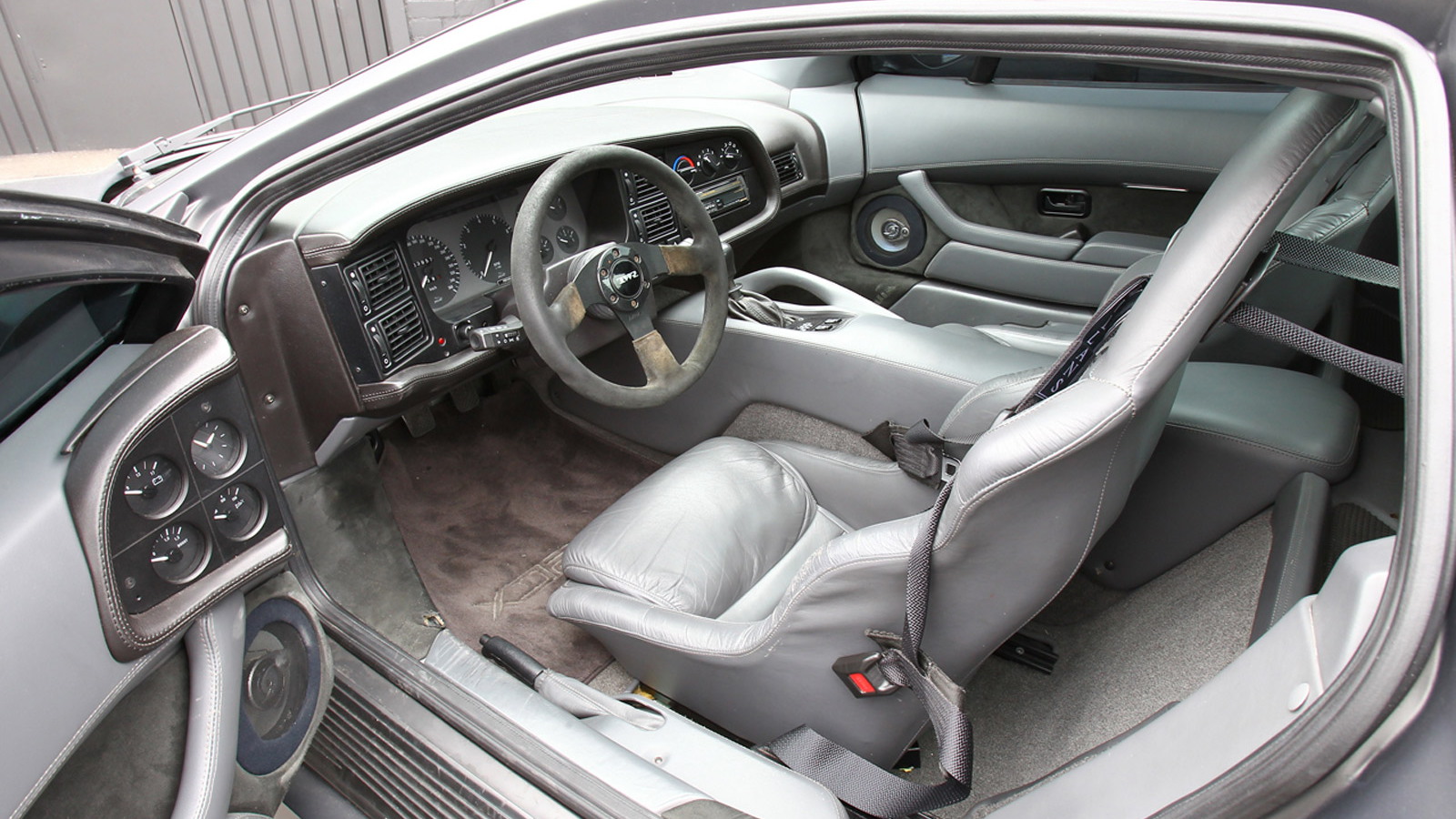 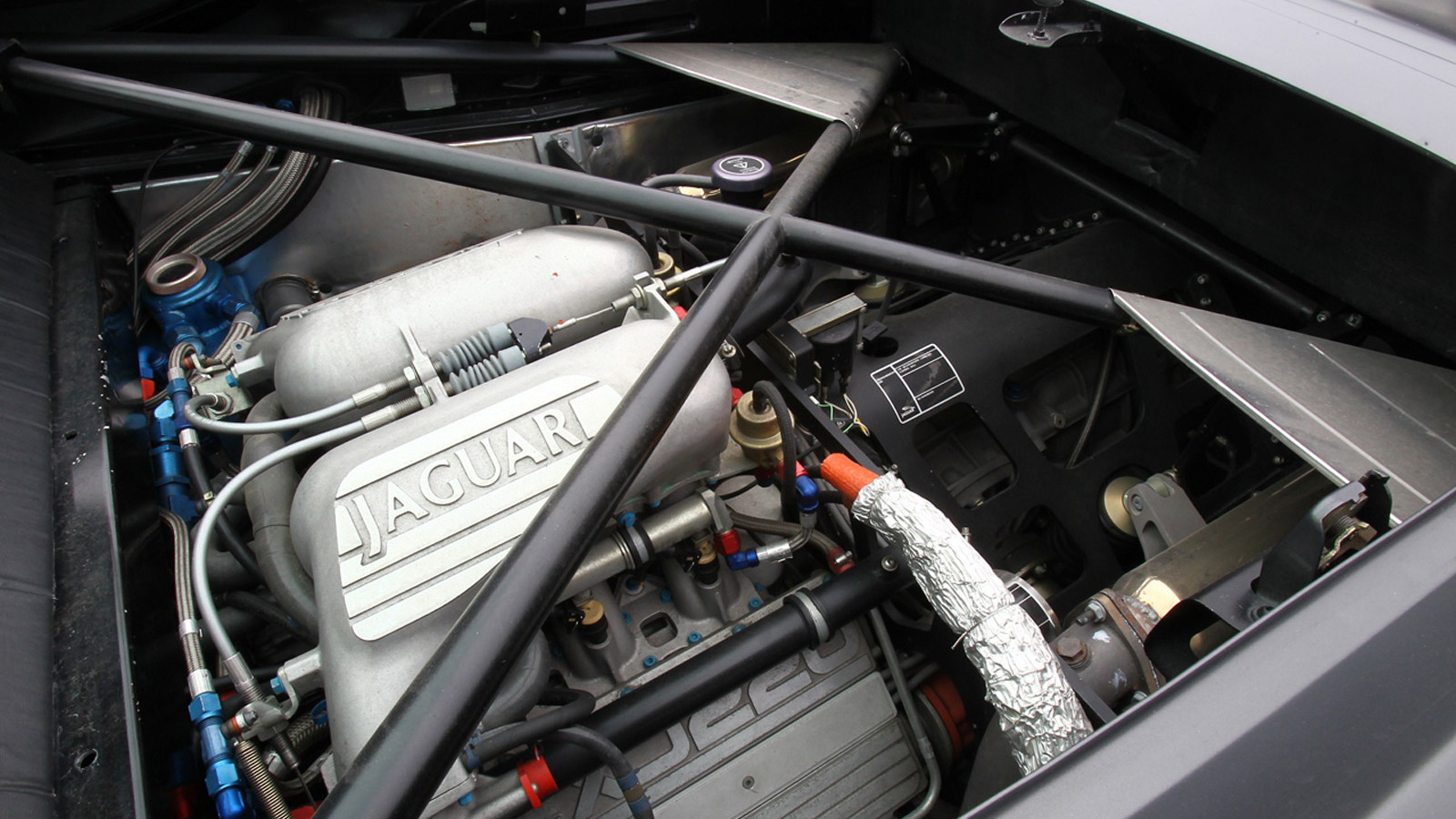 5
photos
If you love cars with a little bit of history, then you’re going to love this 1993 Jaguar XJ220S that’s going up for sale at an RM Auctions event taking place in Arizona this week. We’re sure you’ve heard of the XJ220 before, Jaguar’s V-6 behemoth from the early ‘90s which at one point was the fastest production car on the planet. Well, going under the hammer this week is an ever rarer XJ220S, one of only six ever built, and composed mostly of carbon fiber!

That’s right. While the regular XJ220s all featured aluminum bodies, Jaguar had Tom Walkinshaw Racing (TWR) strip down the aluminum of nine examples and replace it with carbon fiber. Three examples were transformed into the XJ220C to compete in GT racing, while the other six were designated as the XJ220S like the one you see here.

The handful of XJ220S cars were comprised of five "standard" units and one additional "modified" version. They were produced as road-going cars built to comply with homologation requirements. In addition to their carbon fiber bodies, they also got a unique front splitter, wider sills and an adjustable rear spoiler.

Weight dropped down to just 2,379 pounds, and the car’s twin-turbocharged 3.5-liter V-6 was also tweaked to produce 680 horsepower and 526 pound-feet of torque. Other specs included a five-speed manual transmission, four-wheel independent suspension, and four-wheel disc brakes.

The current owner of this particular car, chassis number 784, has retained it for the last eight years. Over that period a great deal of time, effort and money has been expended to add substantial performance and value to this already impressive supercar. For instance, the owner opted to have a proper titanium exhaust system by TWR installed at a cost of nearly $20,000.

An expert from Spain was flown in to install the exhaust as well as perform a major service on the engine. This included replacement of all belts, injector cleaning as well as recalibrating and updating of the computer software. The brakes and clutch have also been serviced, and power is now estimated at close to 700 horsepower.

Finally, the owner also painted the car in a special gray to match the color of one other menacing supercar, the Lamborghini Reventon. RM Auctions estimates pricing to lie somewhere between $225,000 and $300,000, which we think is a bargain considering the history and rarity of the car.