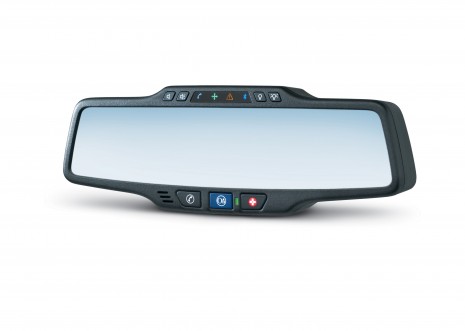 At the recent 2011 Consumer Electronics Show in Las Vegas, GM showed off a new standalone retail version of its popular OnStar telematics system that acts as a replacement rearview mirror that owners will be able to install in virtually any vehicle.

Today the automaker has announced that the new retail product will be called ‘OnStar FMV’--short for For My Vehicle--and that it will also get an external microphone for better voice activation quality. Additionally, GM has now validated 90 million vehicles manufactured in the last 10 years as compatible with OnStar FMV--up from 55 million when the product was announced at January’s CES.

First sales of the OnStar FMV are scheduled to start this summer, with prices starting at $299. Installation, which consists of replacing the existing rearview mirror with the OnStar FMV, is expected to take less than an hour and cost less than $100. A range of service plans will be available, starting at $18.95 a month or $199 a year.

For a rundown of all the services and features available, check out our previous story by clicking here.