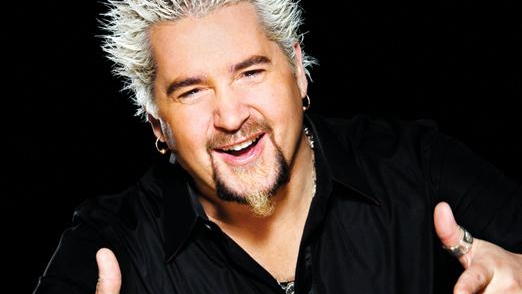 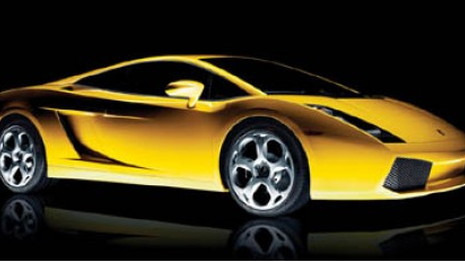 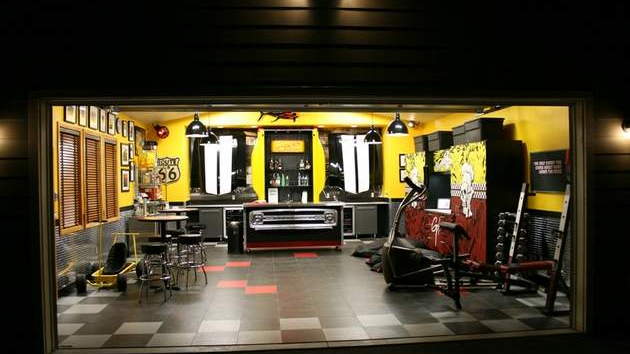 As we understand it, Fieri's prized 2008 Lamborghini Gallardo was sitting at a Lambo dealership in San Fransisco, California early Tuesday morning, when a thief climbed onto the roof of the building and, in classic Mission Impossible style, rappelled into the showroom. A quick snip of the lock on the door, and the car was gone. There could've been a second person involved in the heist, but given the Gallardo's seating capacity, three would've been pretty unlikely.

We have to believe this was more a stunt than an attempt to swipe a ride for resale. After all, Lamborghini moves less than 2,000 units worldwide per year (1,302 in 2010). Only a fraction of those are sold in the U.S., and an even smaller fraction are Gallardos. Fewer still have the same paint job as Fieri's: lemon yellow (presumably chosen to match Fieri's hair). Clearly, flipping an inconspicuous car to make a few bucks was not on the thieves' agenda.

Could it have been Fieri himself? Hard to envision. (Seriously.) A celebrity punking? We're still waiting to hear Ashton Kutcher's alibi. In the meantime, flip over to SportsCarMonitor for meatier details.