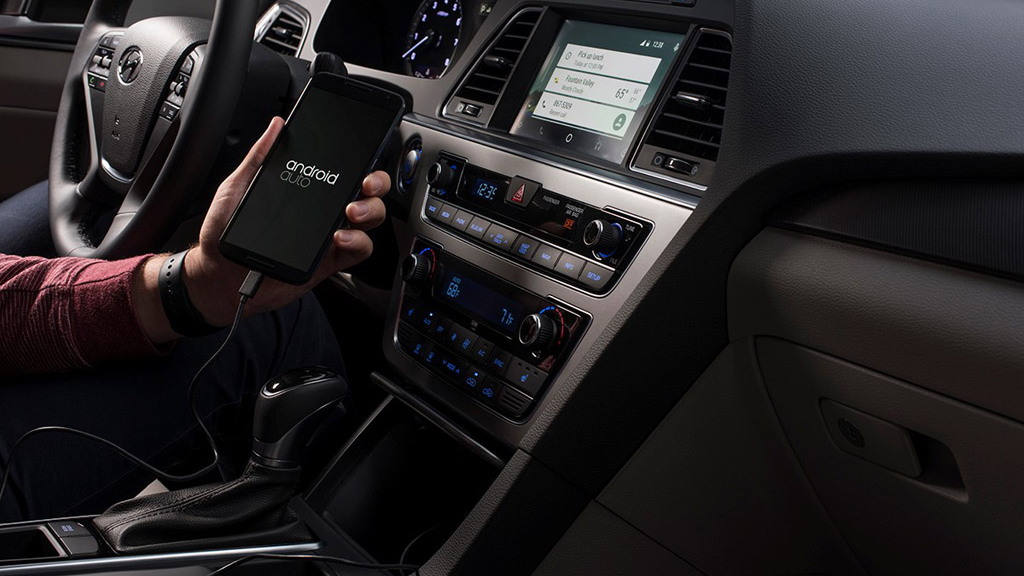 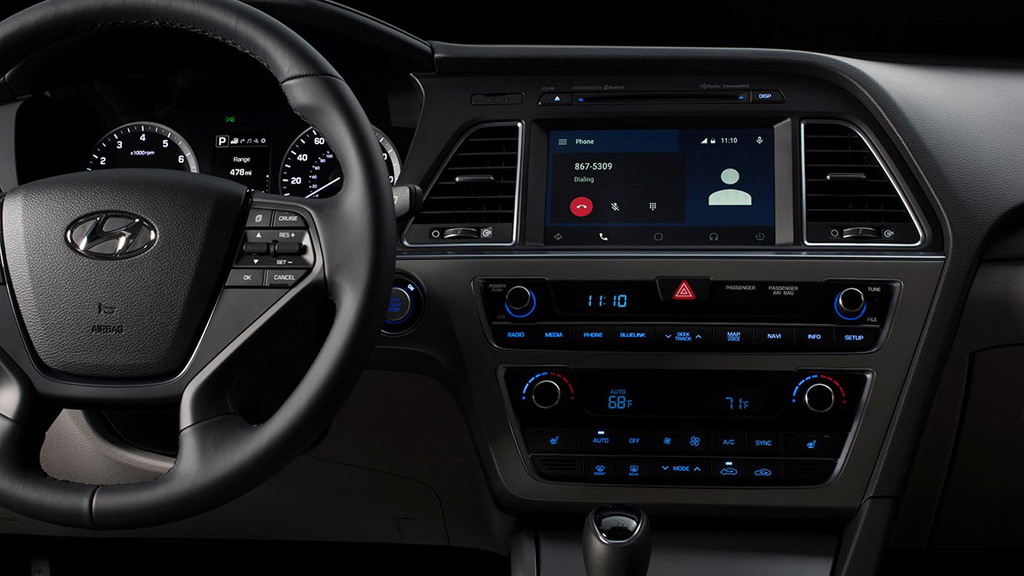 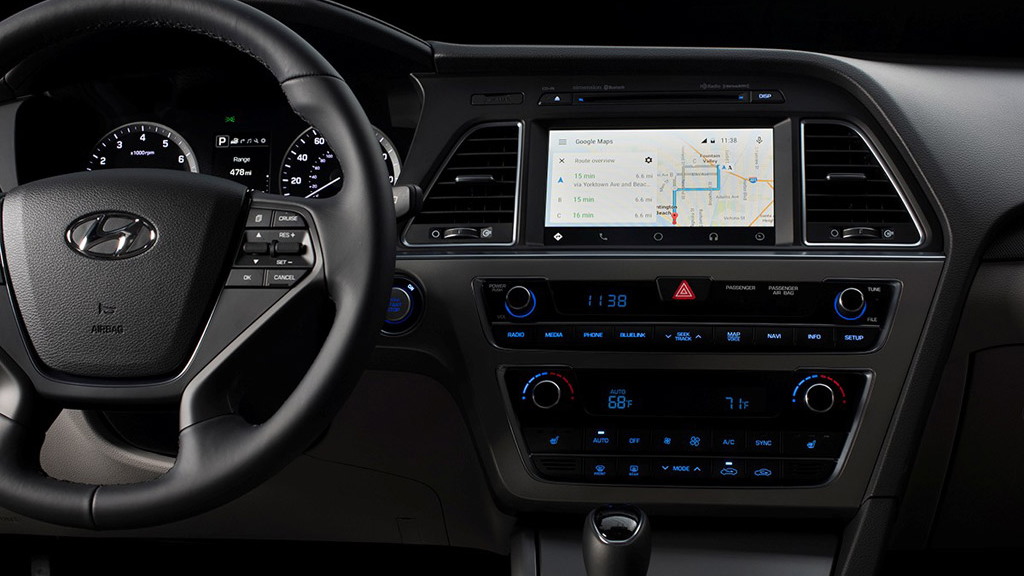 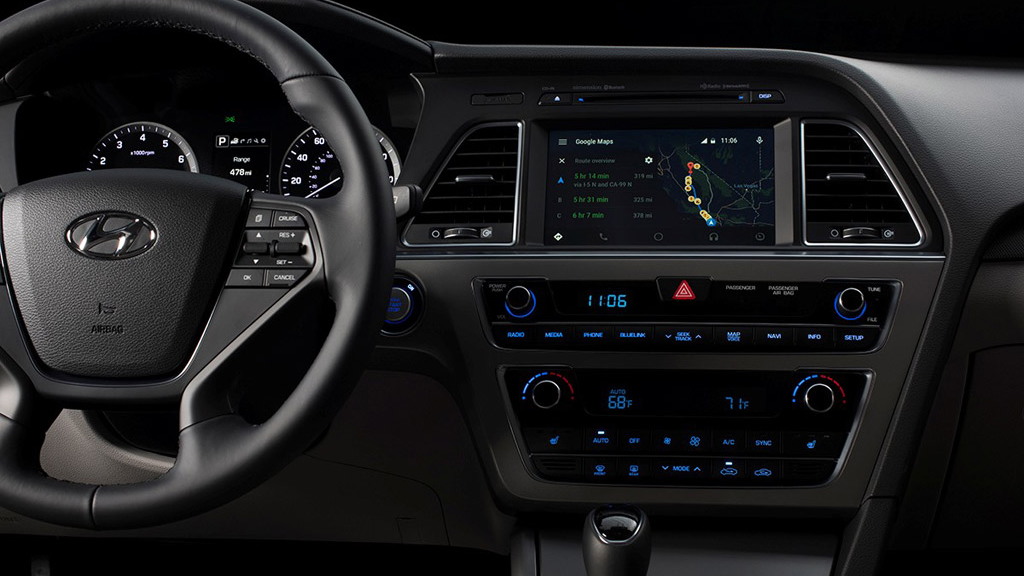 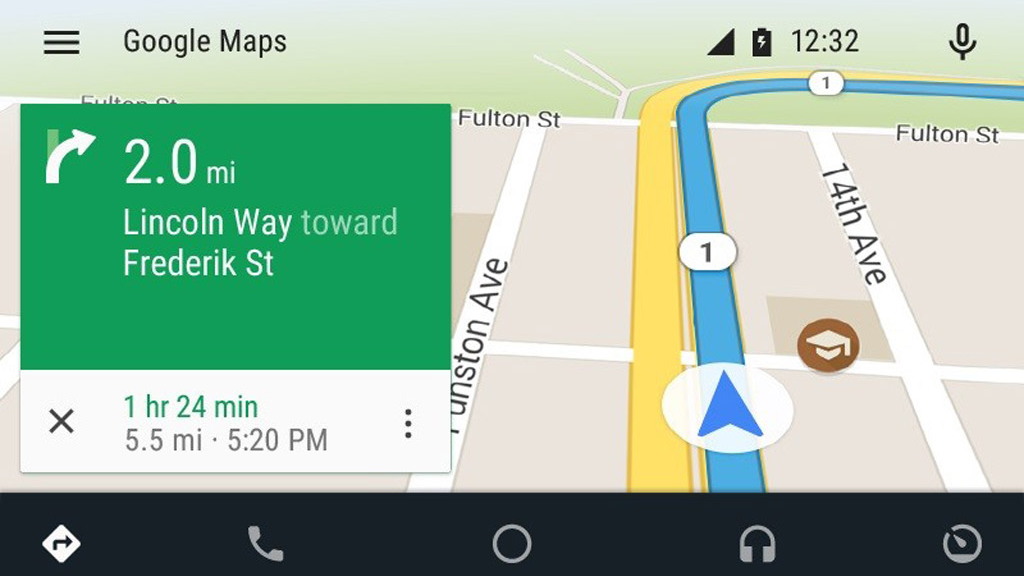 The 2015 Hyundai Sonata has become the first vehicle to offer Google’s new Android Auto in-car smartphone integration system, allowing  users to seamlessly link an Android smartphone to the car so that they can use the device safely behind the wheel with the car’s own screen and controls. Hyundai is making Android Auto available on new 2015 Sonata models equipped with navigation, and current owners will be able to add it via a free software update. Announcements for other vehicles should follow in quick succession.

Android Auto is Google’s rival to Apple’s CarPlay system launched last year and right now Android users will need the Android 5.0 ‘Lollipop’ operating system or later for it to work. A micro USB cable is also required to connect the smartphone to the car’s USB port, and users will also need to install the Android Auto companion app available from Google Play.

Users of Android Auto will instantly recognize familiar Android apps such as Google Maps, Google Now, messaging, phone calling and Google Play Music upon connecting their smartphone to the car. In the 2015 Sonata, these apps can be controlled by voice, steering wheel controls or a touch-screen display. Many third-party apps can use by used with Android Auto such as iHeartRadio, Spotify, TuneIn, NPR, Stitcher, Skype, TextMe and many more.

As this is a Google product we’re talking about, Android Auto automatically brings you travel-based information based on searches you’ve made with your phone. For example, suggested locations and travel times based on your searches, calendar entries and home and office locations, as well as weather information and “now playing” information for music streamed via the phone can be presented. The info is presented via Google Now card-based alerts that appear just when they're needed.

Proponents of these phone-integration systems claim the technology helps keep drivers’ eyes and attention on the road by using the vehicle controls, which have been designed with driving in mind, rather than the actual controls of the smartphone. In fact, the smartphone’s screen is disabled once connected, so drivers are not tempted to look down and interact with their phones directly.

For more on the 2015 Hyundai Sonata, head to our sister site The Car Connection for an in-depth review.