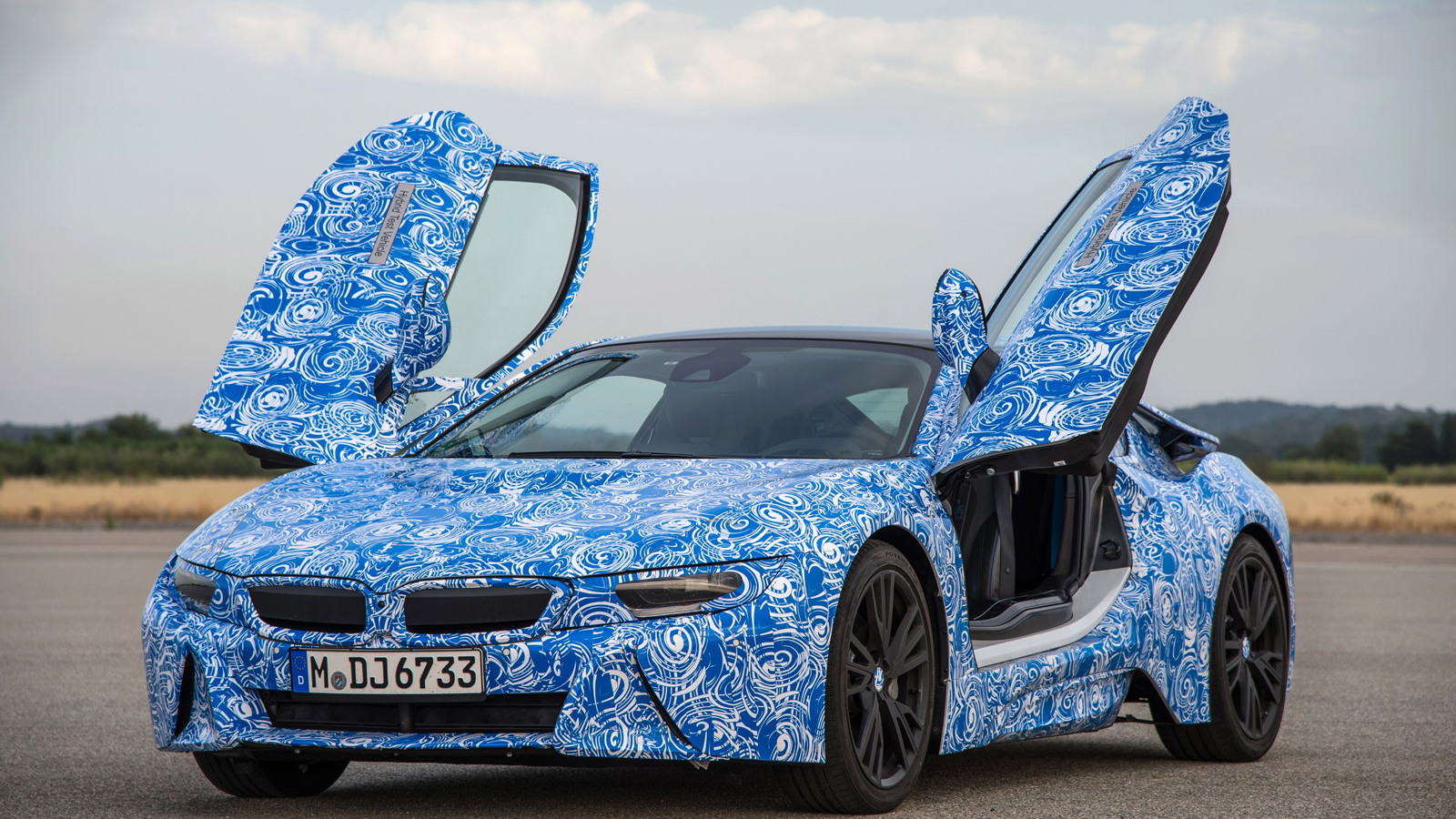 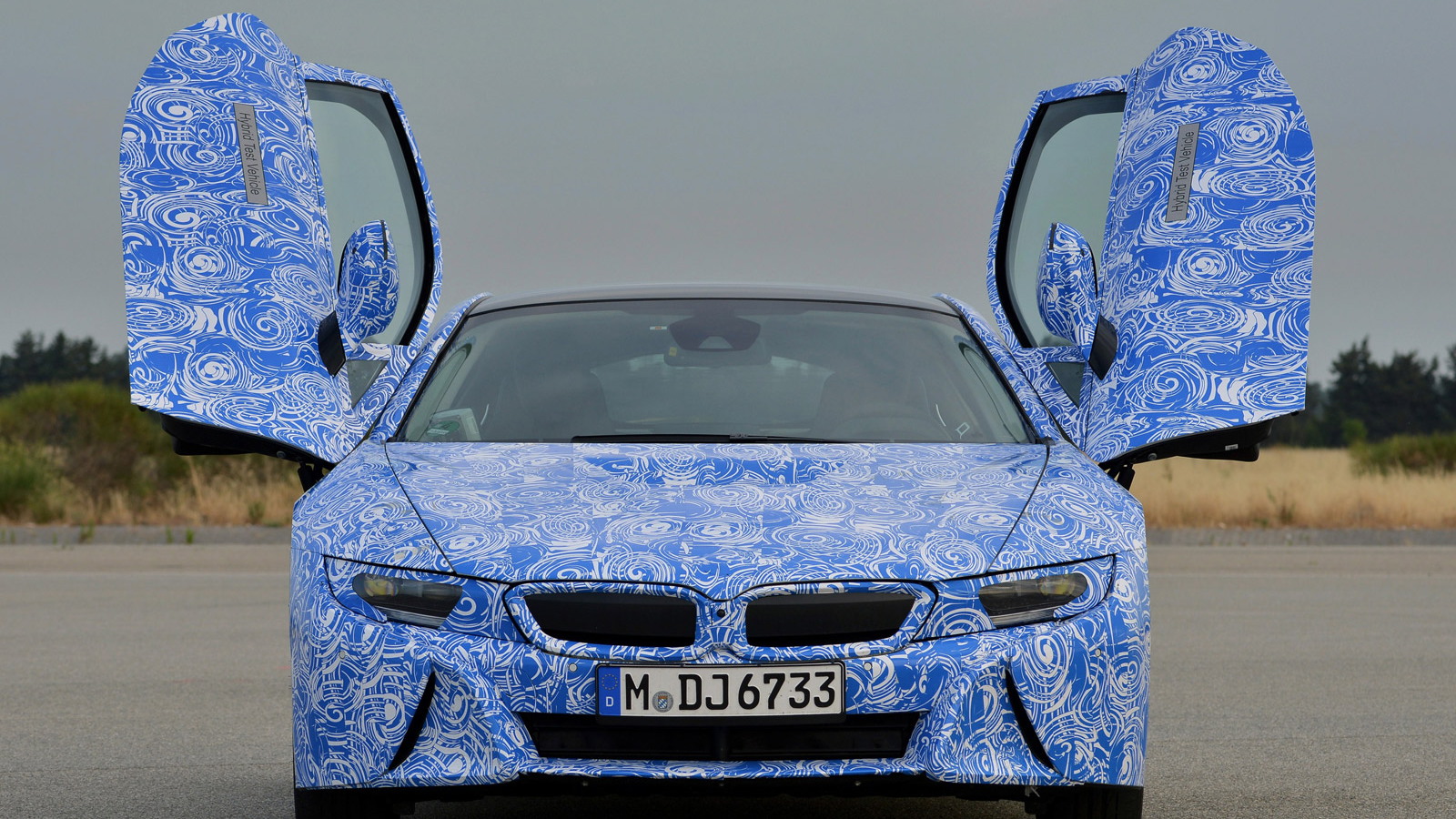 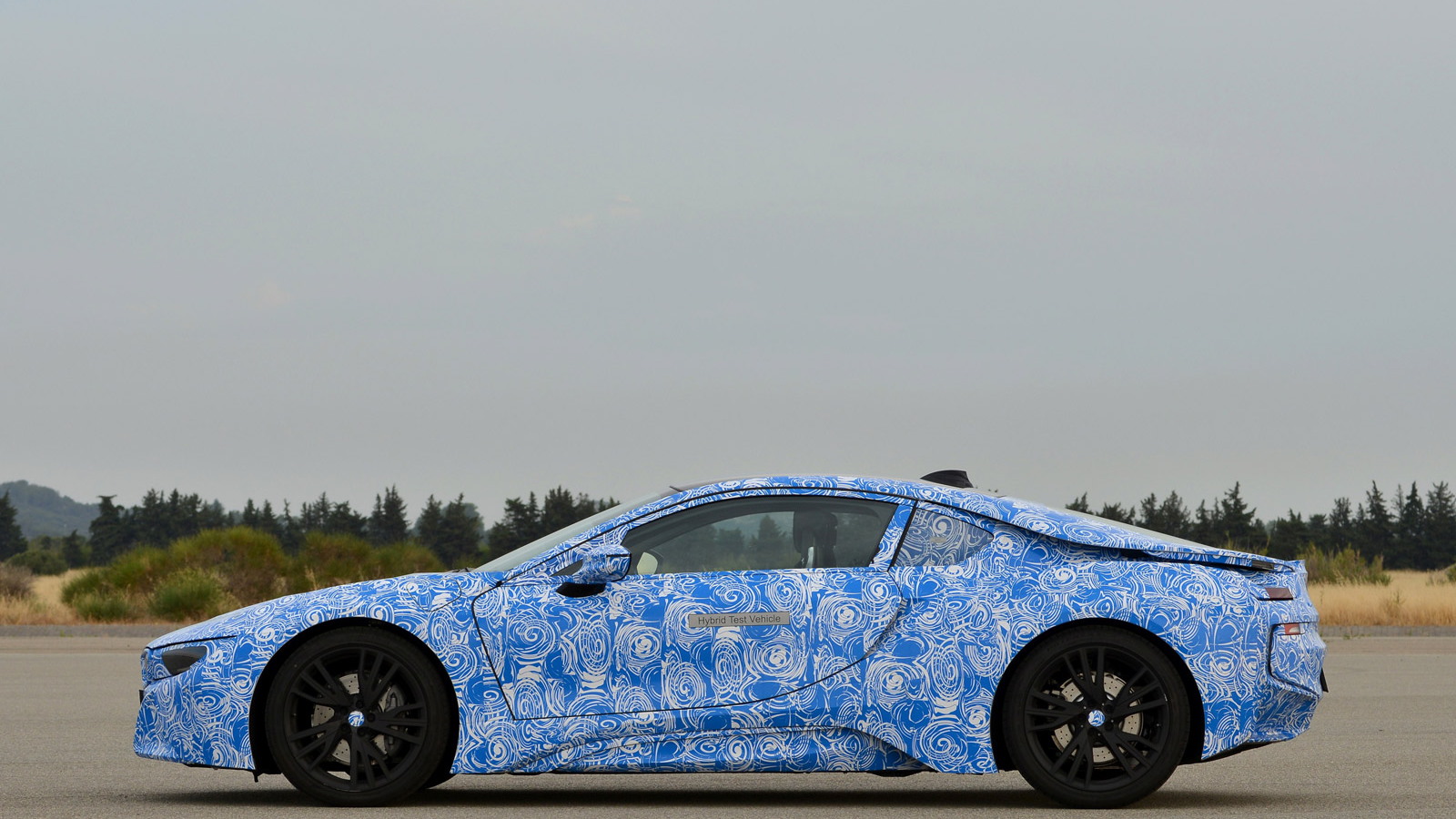 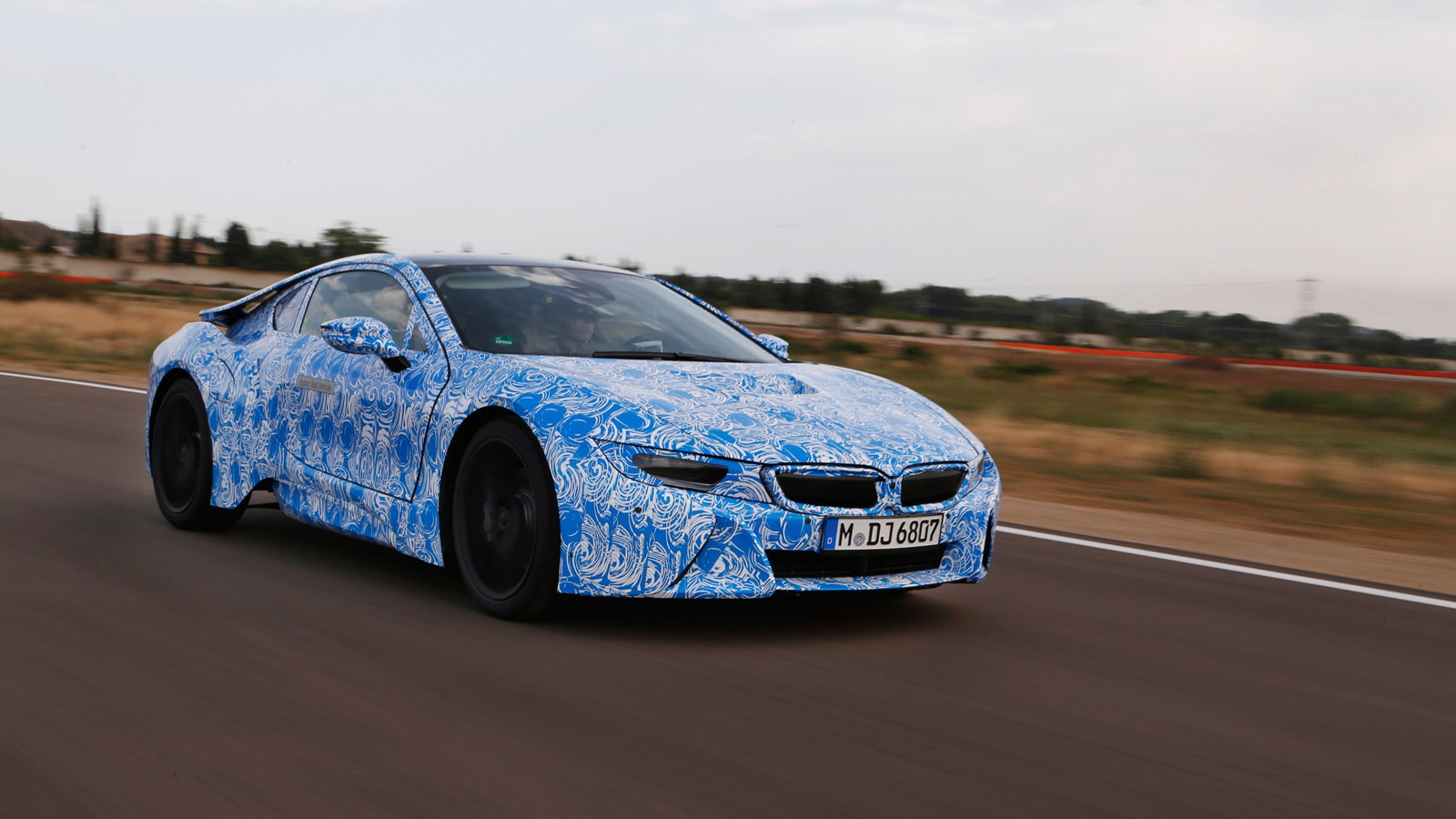 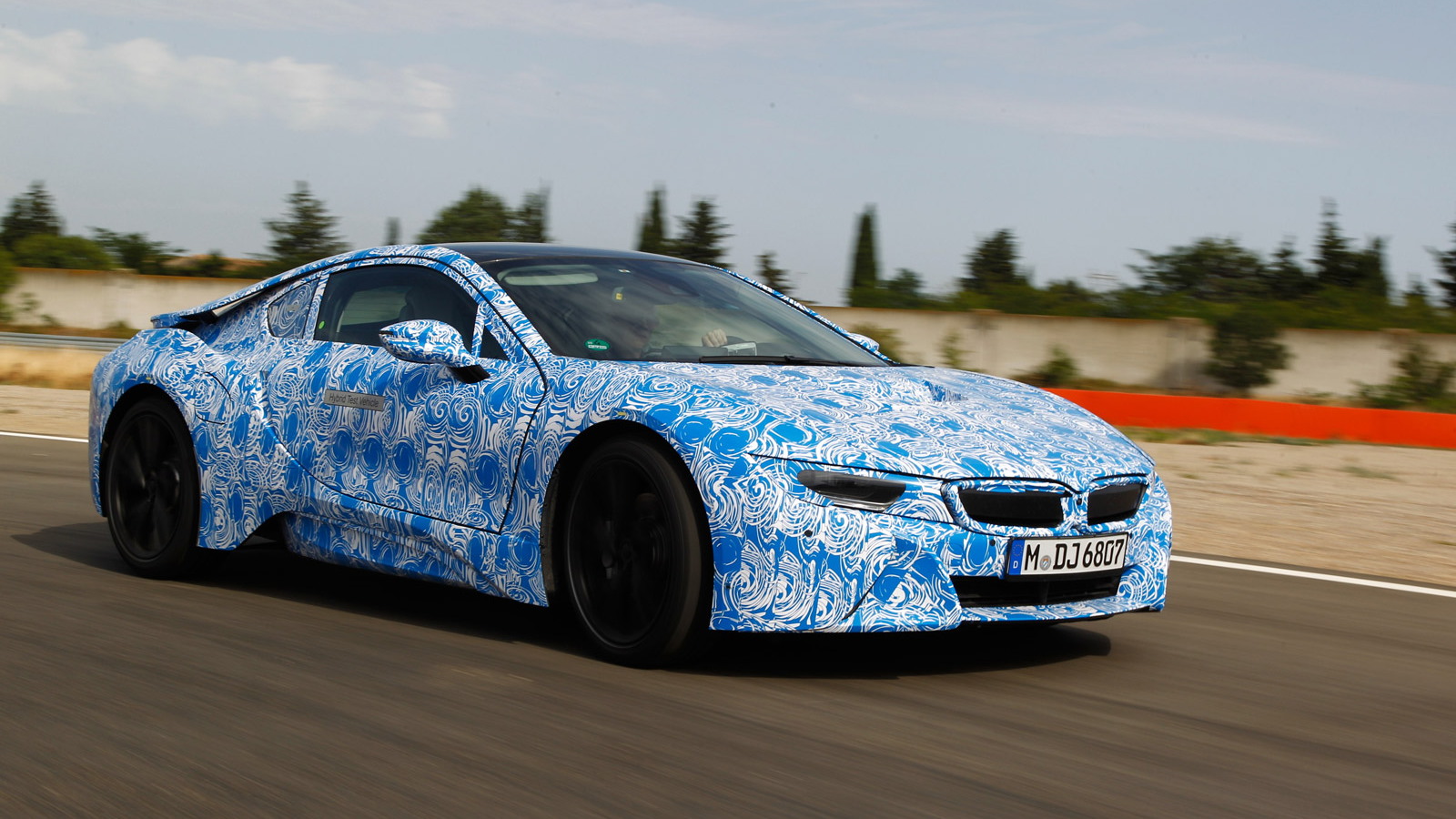 19
photos
After years of development and a handful of concept versions, BMW’s i8 plug-in hybrid sports car is about to make its auto show debut. We have just one week to go until the covers finally come off but in the lead up BMW has released this teaser video to help build excitement.

We don’t see the car in its entirety just yet, but we do get a good close look at many of its details, such as its side mirror caps, tail-light design, vertical-lifting doors and “angel eye” daytime running lights.

The i8 will be the second model from BMW’s new i range of eco-focused models; it goes on sale next spring, just a few months after the i3 electric car. No details on pricing have been mentioned by BMW but previous reports have suggested a figure north of $100k.

The car’s plug-in hybrid drivetrain pairs a three-cylinder gasoline engine (driving the rear axle) with an electric motor (driving the front axle). Combined output is 362 horsepower and 420 pound-feet of torque, which is said to be enough for 0-60 mph acceleration in under 4.5 seconds and a governed top speed of 155 mph. The car’s electric-only range is approximately 22 miles and fuel economy (based on the European combined cycle) can reach a claimed 95 mpg.

Thanks to lightweight construction (aluminum is used for the chassis while the body is all carbon fiber), engineers have managed to keep the weight down. Despite containing dual power sources as well as a heavy battery, the i8’s 3,285-pound curb weight is comparable with that of most luxury sports cars on the market.

For an in-depth look at the i8, click here, and to see what else will be presented during next week’s 2013 Frankfurt Auto Show, click here.