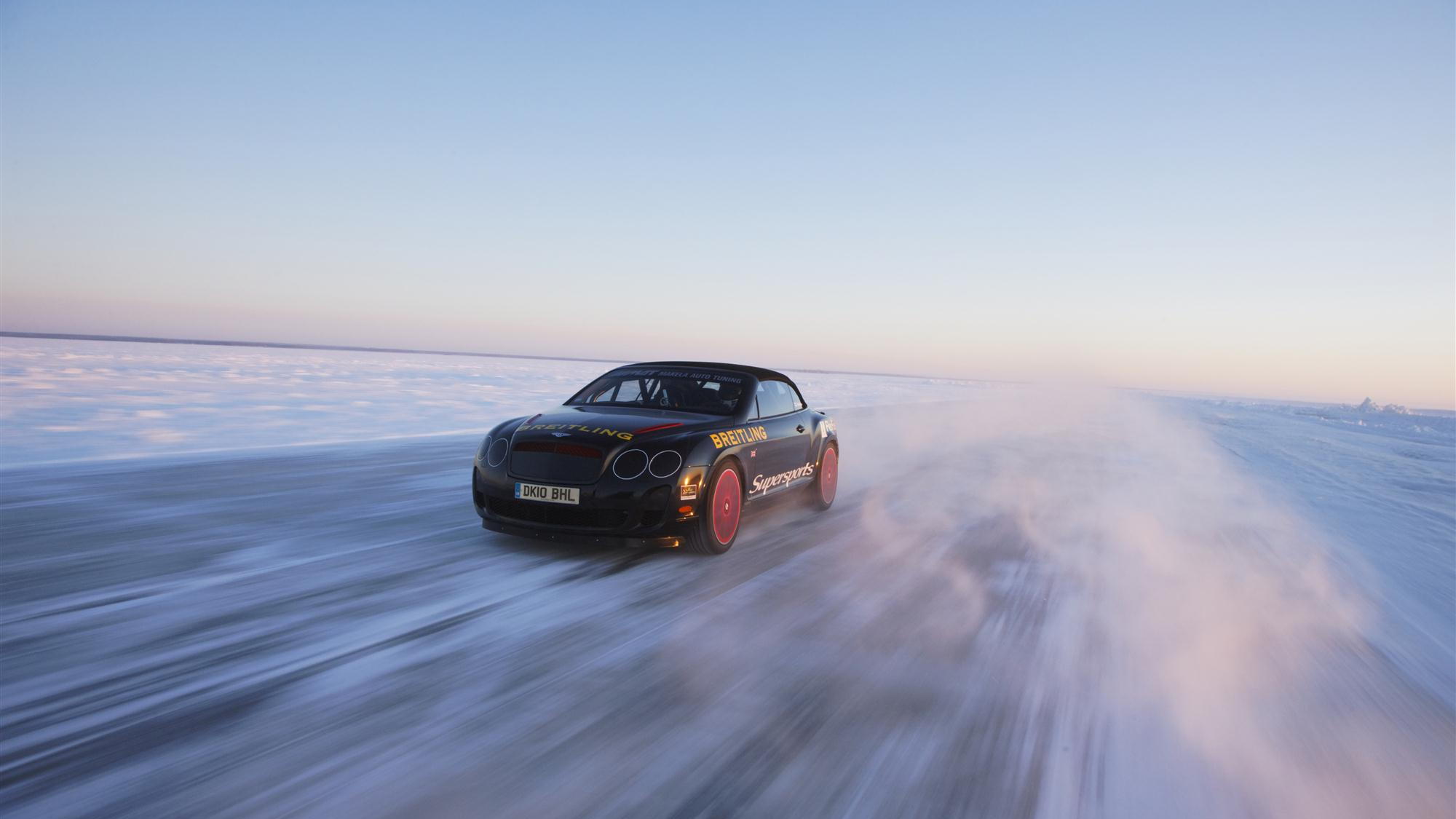 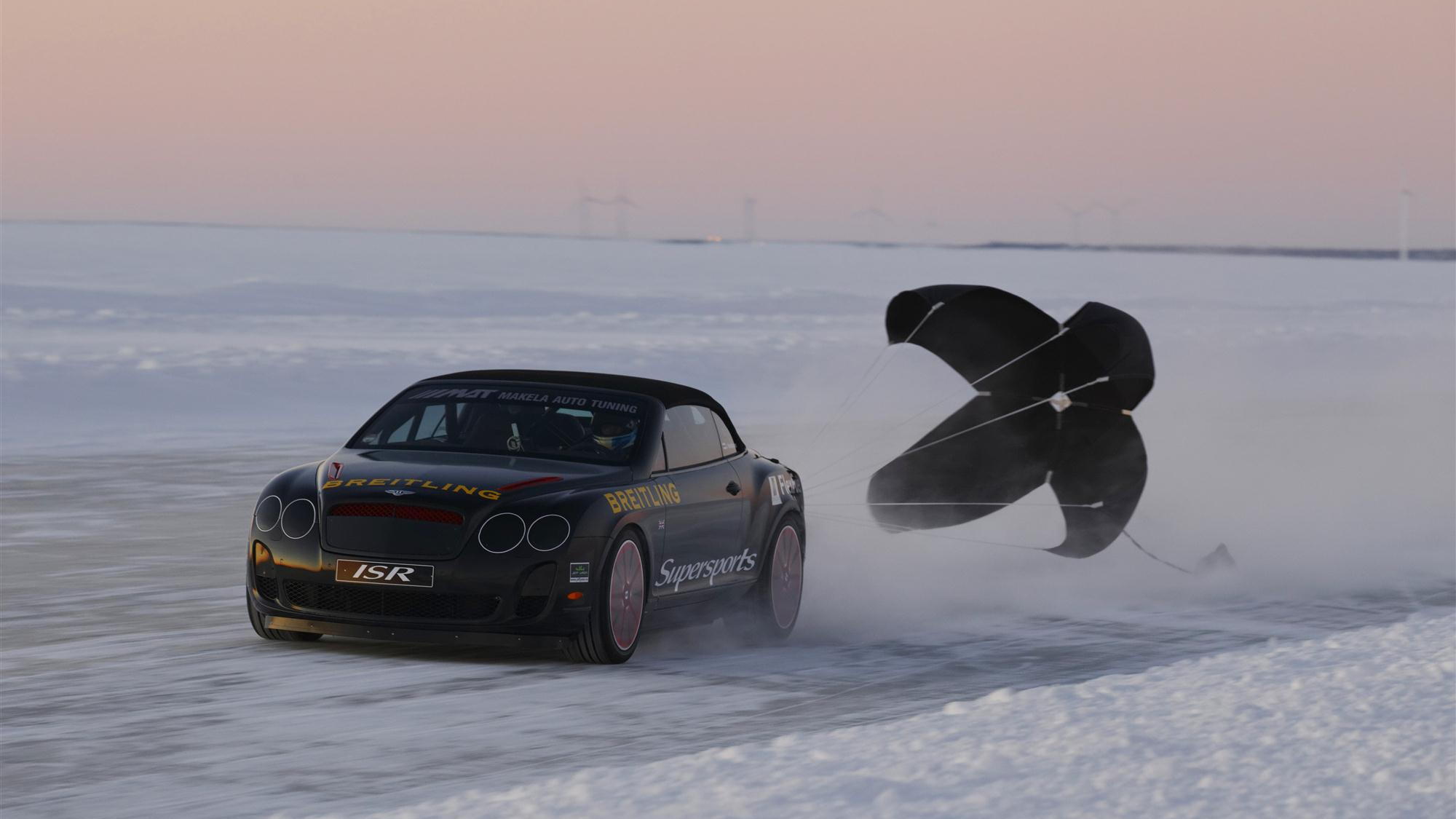 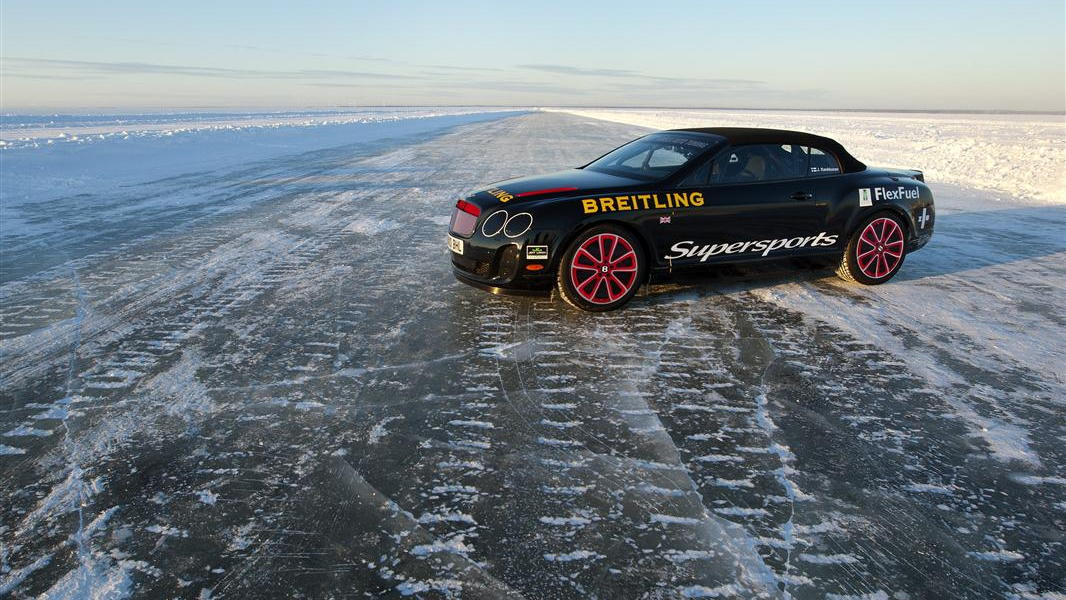 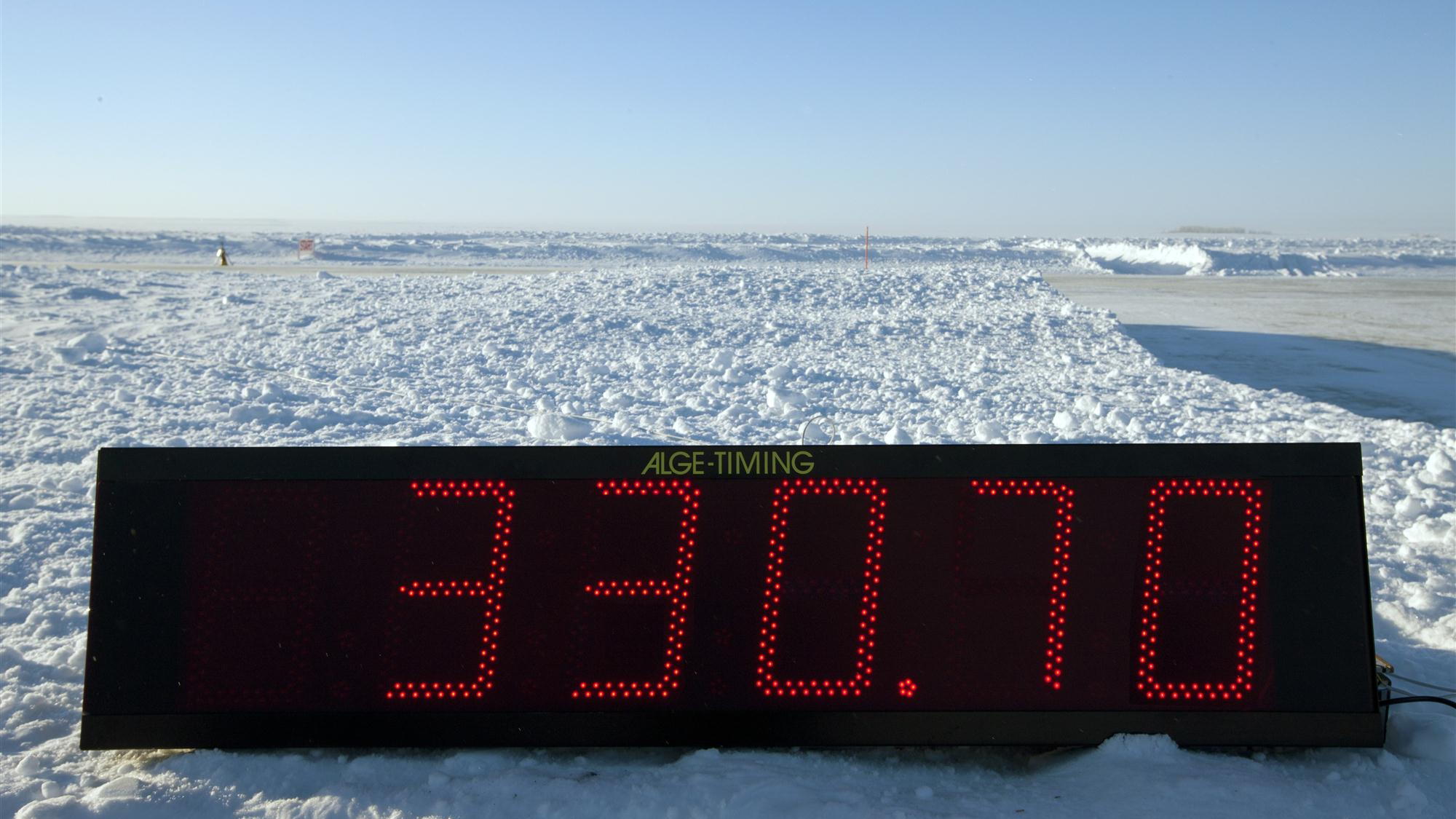 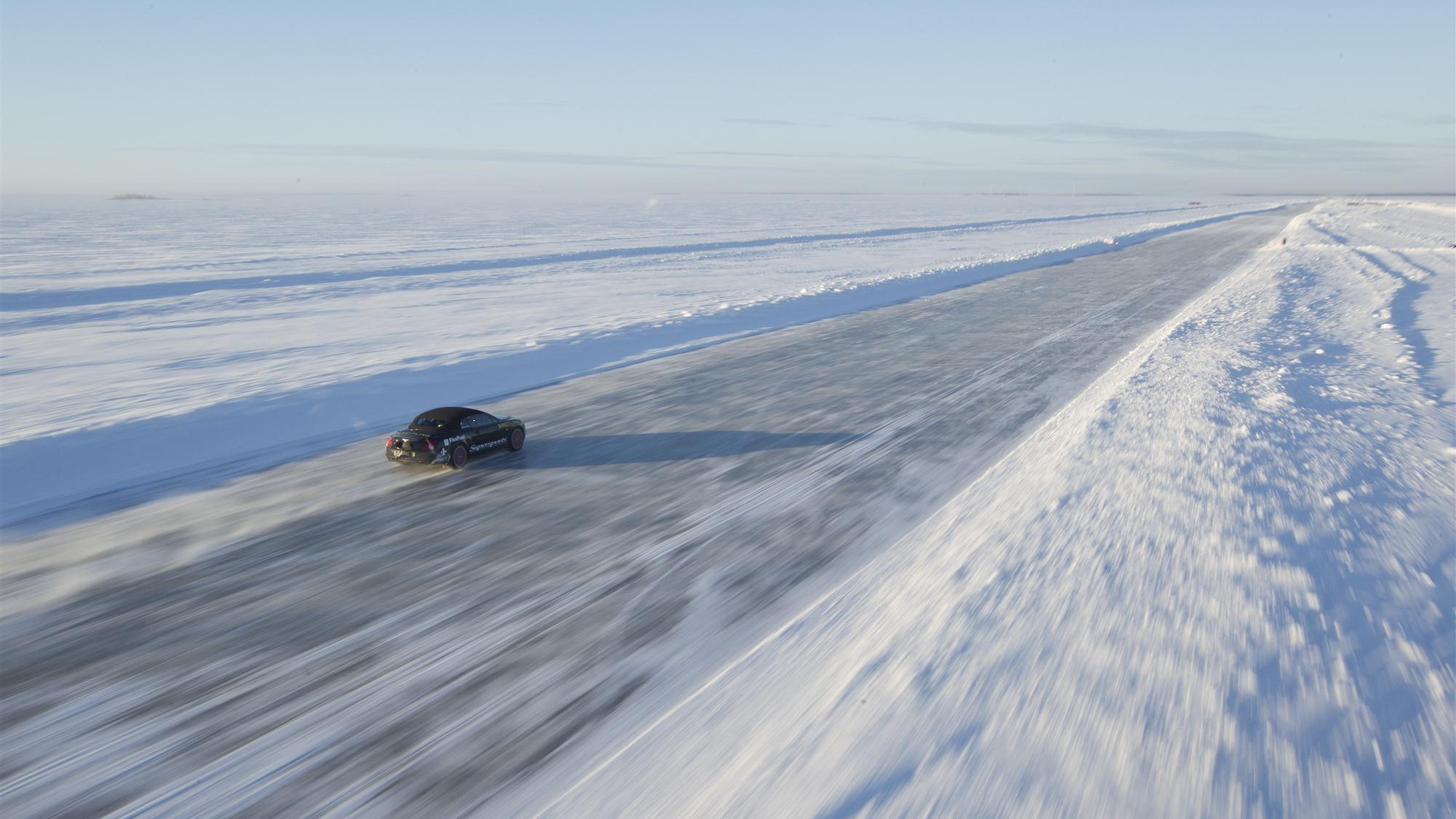 Going fast is easy these days. Hit up an airport or a dry lake bed, put the hammer down on 500-2,000 horsepower, and wait. Lame. But doing it on ice? Not lame.

Doing it in a Bentley? Even not-lame-er. That's exactly what four-time Finnish rally champ Juha Kankkunen did recently, shooting to 205.48 mph in a Bentley Continental Supersports (convertible!) along the surface of the frozen Baltic Sea at temperatures as low as 30 degrees below zero. Kankkunen has attempted the feat before.

“The last time, I narrowly missed the magical 200 mph mark in a Continental GT. When I heard about the Supersports I was determined to go record breaking again with the Bentley Boys. This time, with over 600 bhp under the bonnet, a Quickshift transmission and the security of the all-wheel drive system, the Supersports convertible was the perfect car to go for the record, ” Kankkunen said.

The car used to hit the 205-mph mark was only minimally modified: a set of Pirelli SottoZero II tires, a roll cage for safety, front and rear spoilers for more grip on the slick ice, and a bumper-mounted parachute to slow the car back down safely. It was also running on E85, though that required no modification, as the Continental is already flex-fuel compliant.