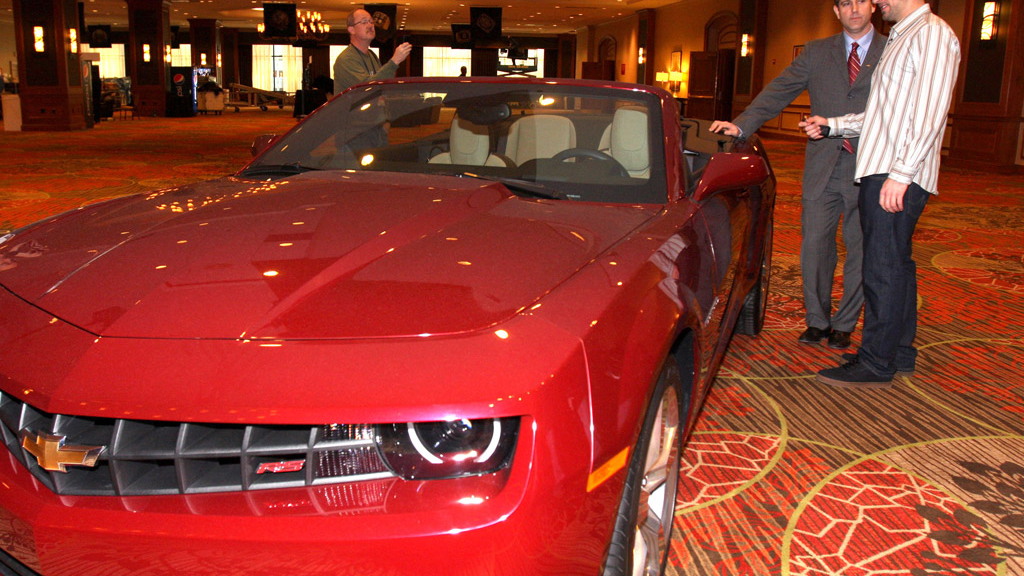 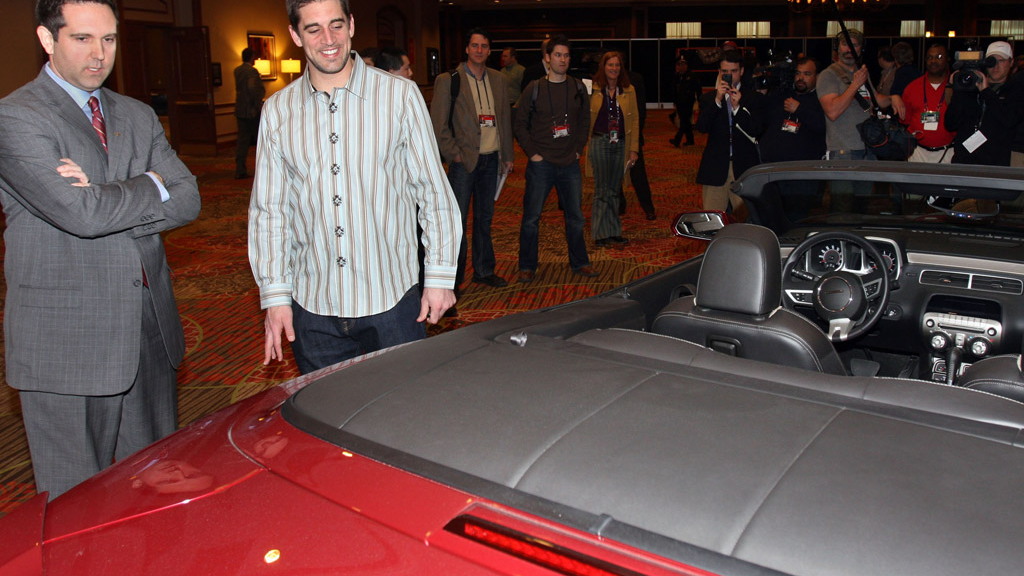 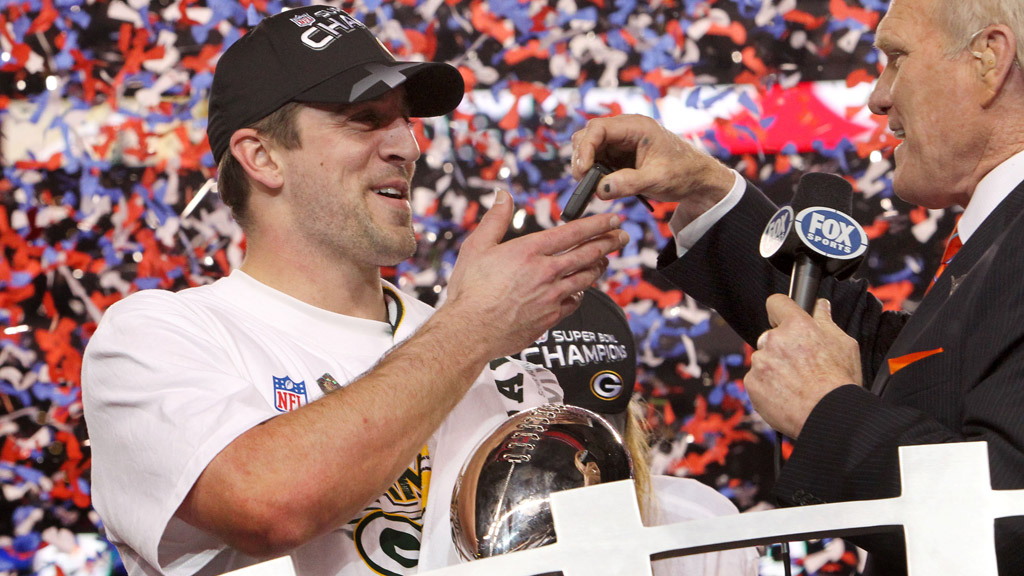 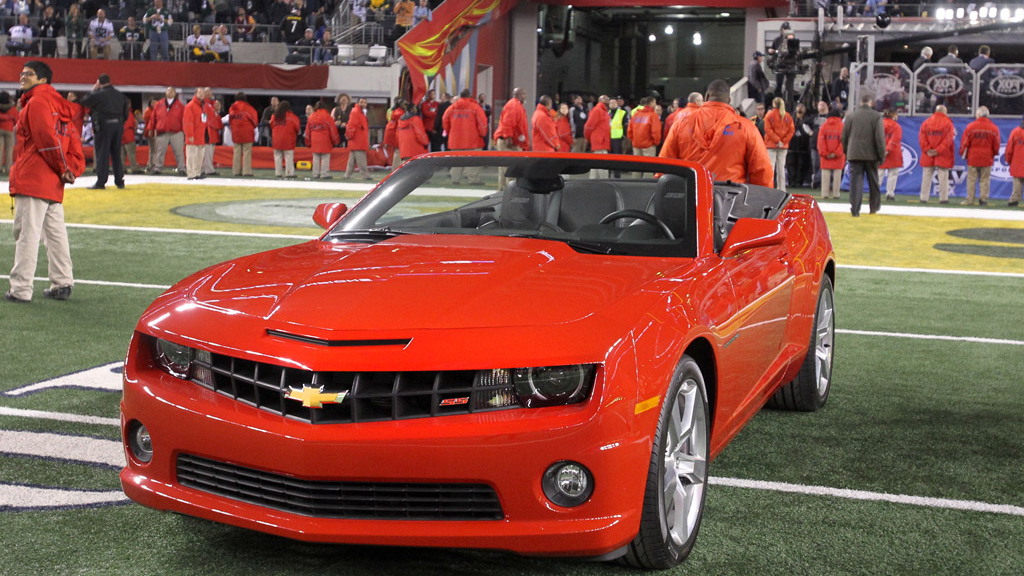 4
photos
We’re sure there’s nothing quite like the thrill of winning the Super Bowl but for one player, in this case the MVP of yesterday’s game, Aaron Rodgers, GM has sweetened his experience just a little.

Rodgers, of the winning Green Bay Packers, was presented with a brand new 2011 Chevrolet Camaro Convertible earlier today after leading his team to a 31-25 victory over the Pittsburgh Steelers in Super Bowl XLV.

The Camaro Convertible also appeared on the field during the postgame celebration for all to see. Chevy's latest drop-top officially starts sales later this month with pricetag of around $30,000 for the base V-6 model.

We just wonder what prize Rodgers will prefer, his new convertible muscle car or the silver Pete Rozelle Trophy presented to him by Tiffany & Co.