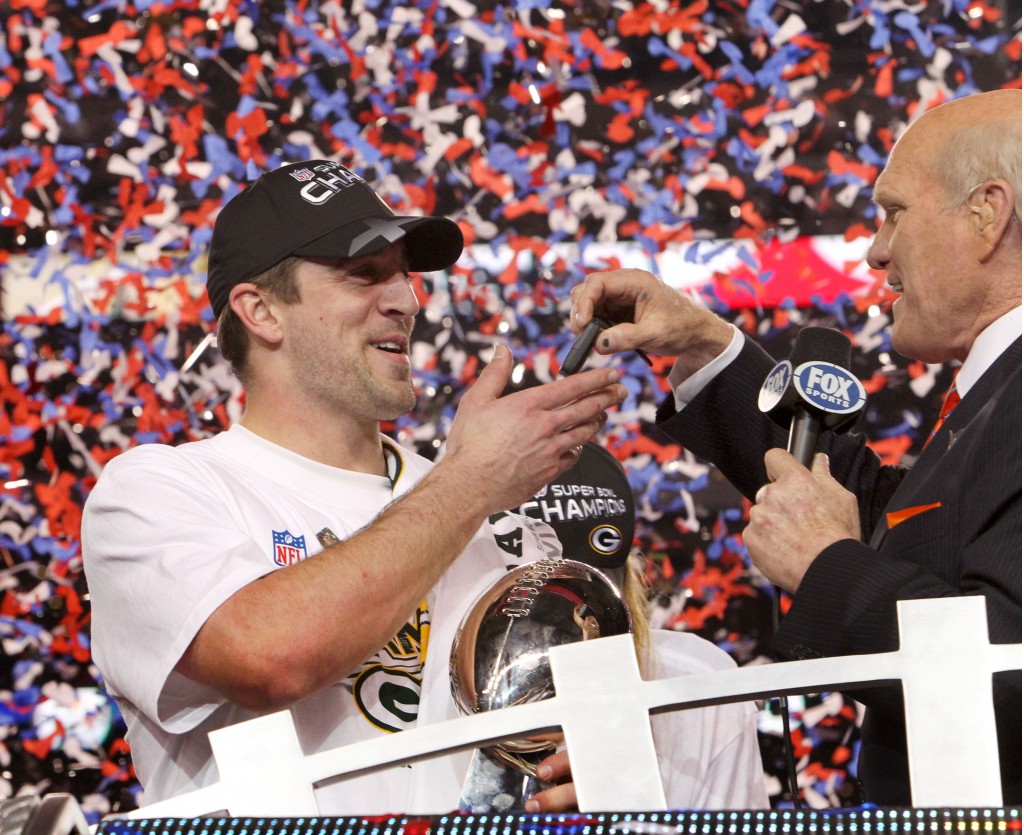 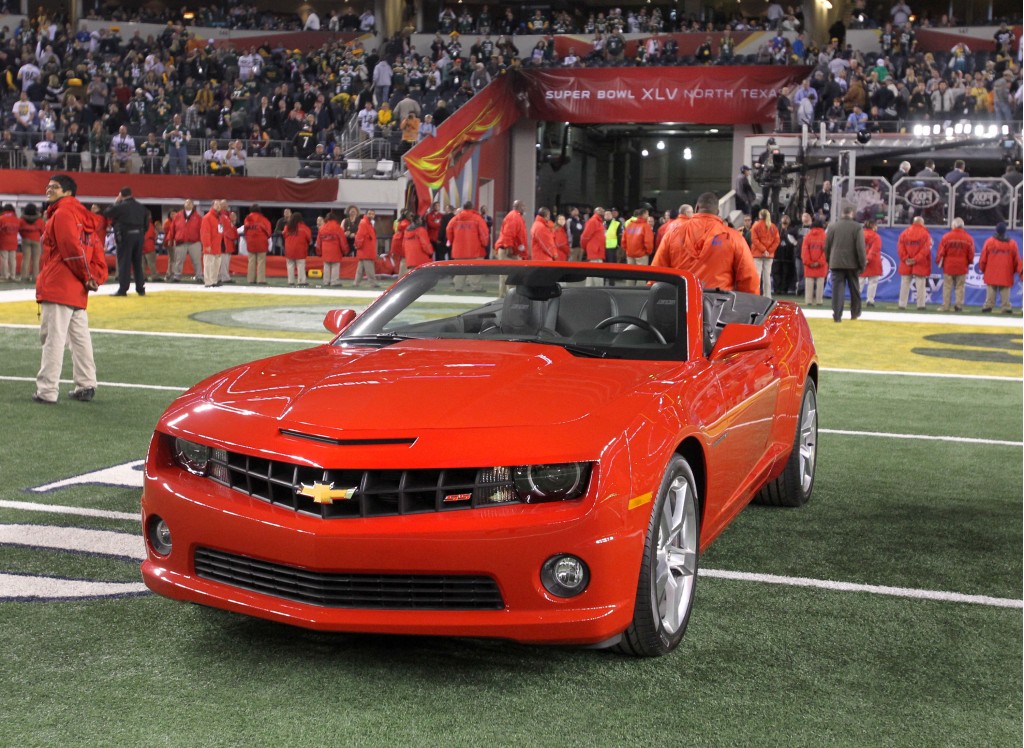 There's plenty of room for debate about Super Bowl XLV -- especially where commercials are concerned. But we can say three things with absolute certainty: (1) the Packers won, (2) their quarterback, Aaron Rodgers, was named the game's most valuable player, and (3) as a reward, Rodgers received a brand new 2011 Chevrolet Camaro convertible. The bittersweet icing on the cake? Rodgers took the handoff from Terry Bradshaw, arguably the Steeler's best-known quarterback.

If you watched the broadcast to the end, you got to see Rodgers take possession, but you probably missed his exchange with Bradshaw after the mikes were turned off.

AARON RODGERS: Hey man, you wanna go for a ride? Let's hit the streets, me and you!

TERRY BRADSHAW: I don't think you can drive that yet, Aaron.

RODGERS: What? I just won the Super Bowl and the MVP award. You're saying I can't drive a car that's officially mine?

BRADSHAW: Have you filled out your paperwork for the registration?

RODGERS: Dude, you just handed me the keys, like, ten seconds ago.

BRADSHAW: Have you notified your insurance company that you've bought a new car?

RODGERS: It's Sunday night -- my insurance agent is at home watching us have this conversation on the 72-inch TV I gave him for Christmas. And I didn't buy the car, you gave it to me!

BRADSHAW: So, you're saying that you HAVEN'T done any of those things?

RODGERS: Well, no, but c'mon, bro -- I'm a Super Bowl champ and an MVP and I wanna go out and tear up the streets of Dallas in my brand new red convertible so I can be all, like, "Hey, good-lookin', I'll be back to pick you up later!"

BRADSHAW: I don't think you're old enough to know that reference.

RODGERS: Look, I was trying to be nice and invite you to party, but if you're going to be a jerk --

BRADSHAW: Did you even bring a cap, Aaron? It's cold out there. You'd need a cap.

BRADSHAW: Not for long, pretty boy....