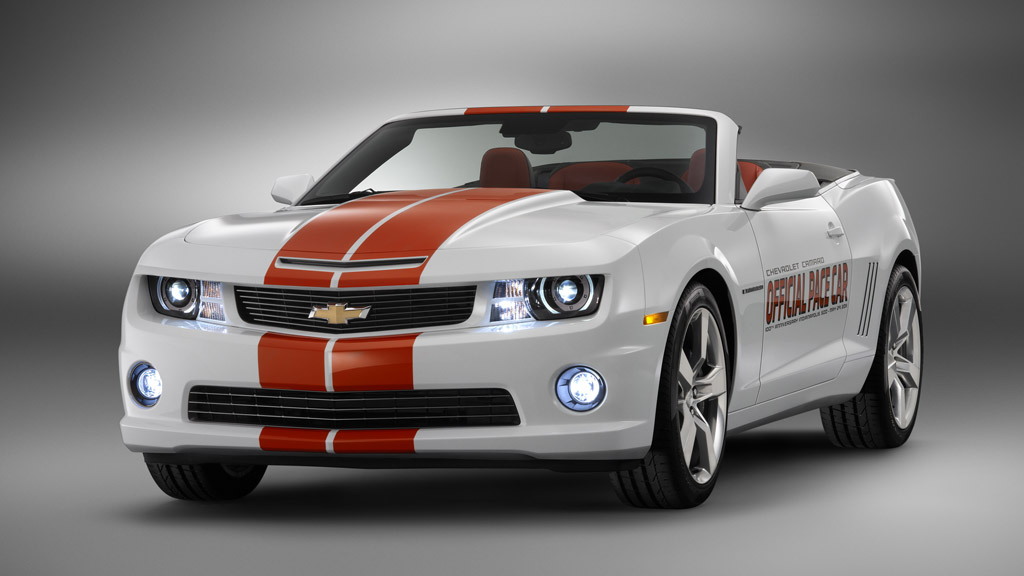 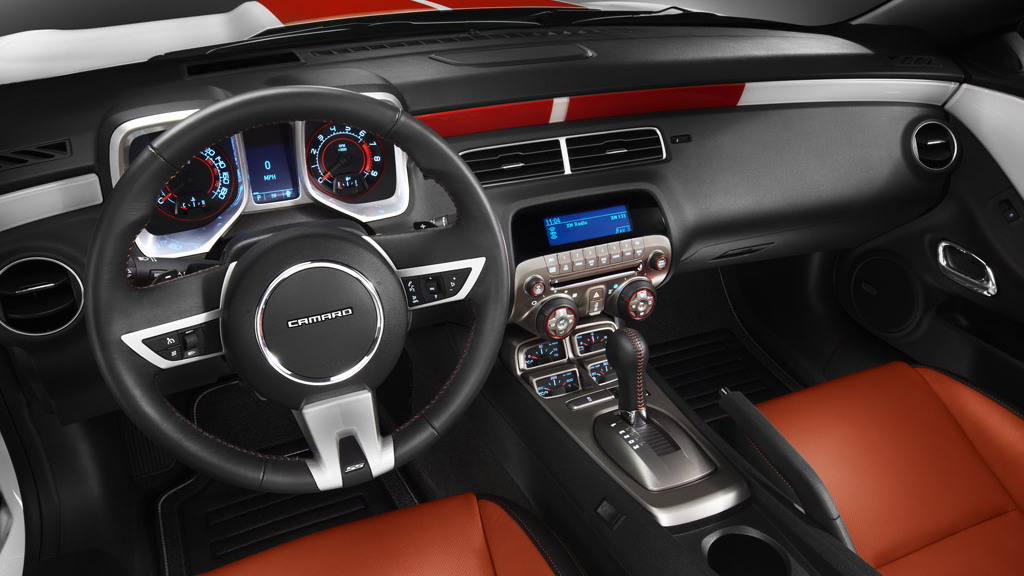 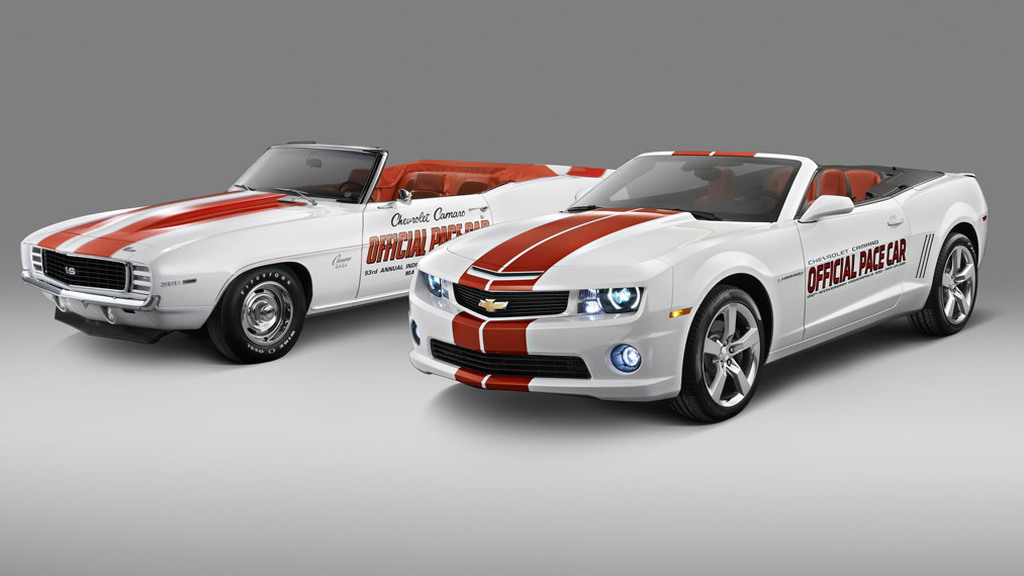 In a homage to the 1969 Indianapolis 500 pace car, Chevrolet has announced that for 2011, it will again provide white Camaro convertibles to pace the race around the Brickyard. Only this time, they will be 2011 Camaro Convertible SS models.

2011 marks the 100th anniversary of both Chevrolet and the Indianapolis 500, and to mark the occasion, Chevrolet is auctioning off the first of the 500 Festival Committee cars at Barett-Jackson in Scottsdale, Ariz, tomorrow.

This is the 22nd Chevrolet model chosen to pace the race, and it has a Summit White exterior with orange stripes and  door graphics. There is orange interior trim to go along Indy 500 logos in the headrests and white door panels. The instrument panel is also white.

All 50 of the Festival Committee cars will be 2SS models with RS package. The pace car itself is powered by the 400-horsepower V-8 mated to a six-speed automatic. It's unclear if all of the Festival Committee cars will have that setup or if they will be available with the six-speed manual (on production cars, ordering the manual results in a 26-horsepower gain.). UPDATE: A General Motors spokesman says the 50 cars will be a mix of manual and automatic transmissions. Chevy claims that the Camaro will need no modifications to handle the pace-car duties.

2011 is the third year in a row in which a Camaro will pace the field.