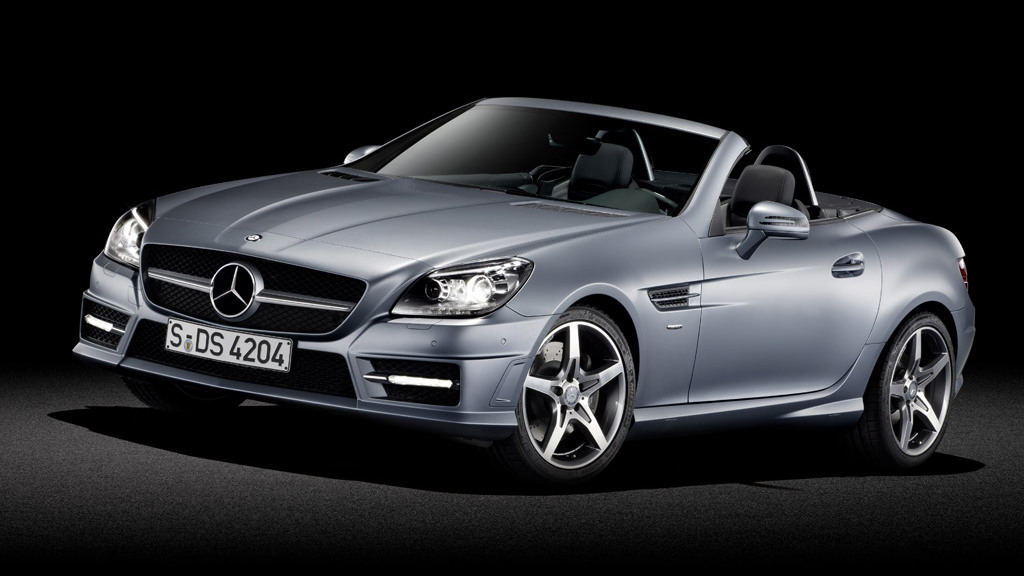 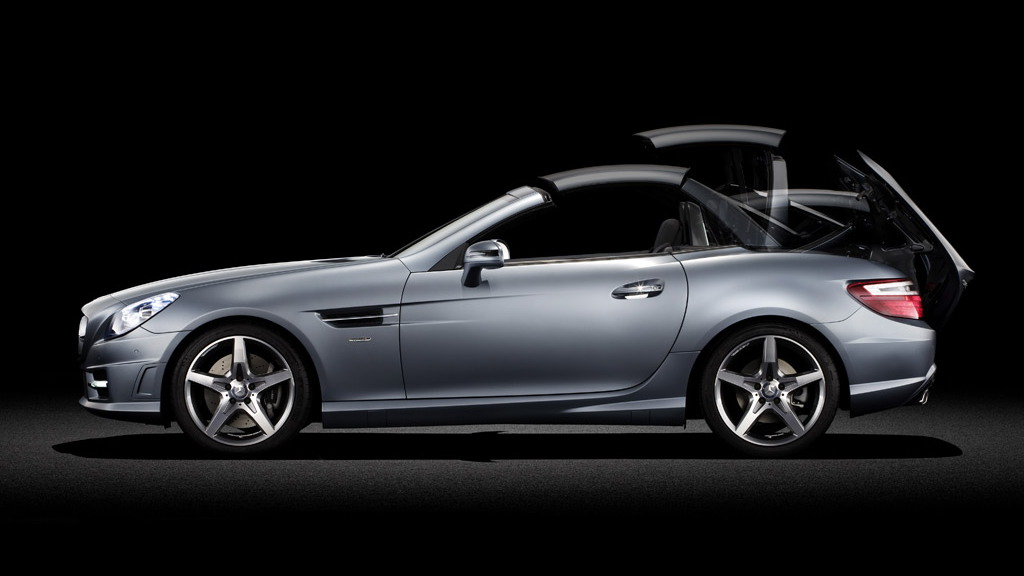 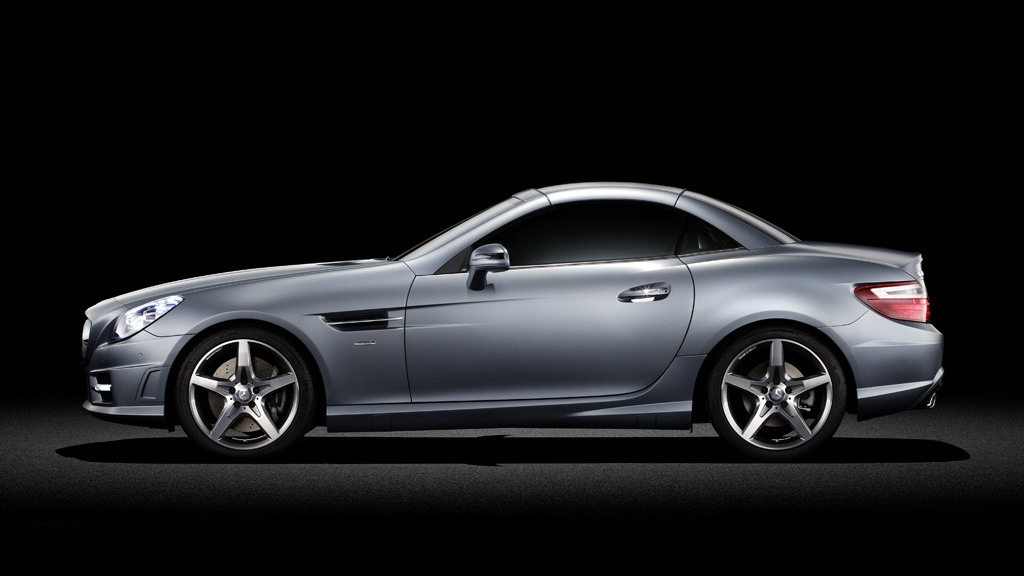 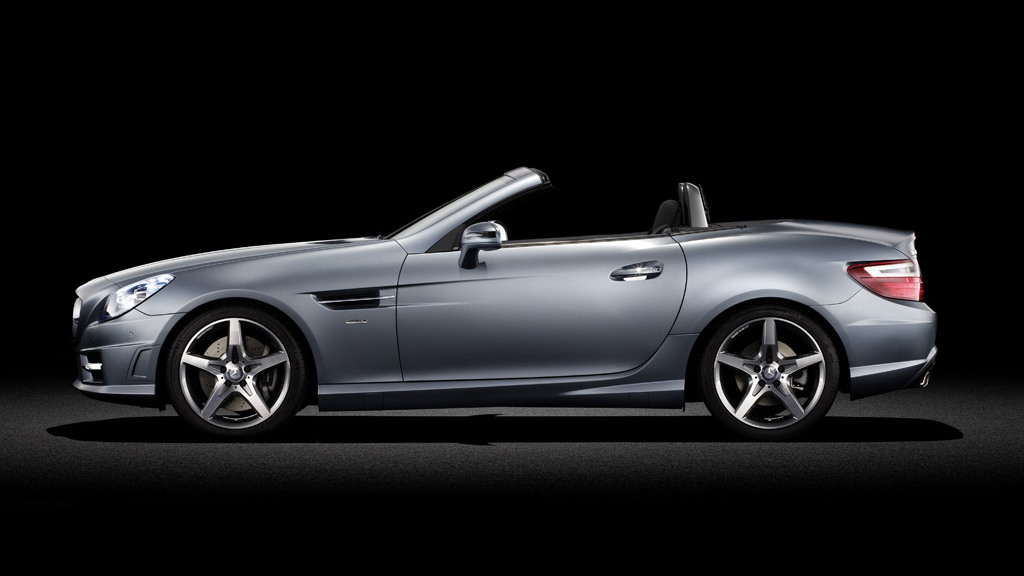 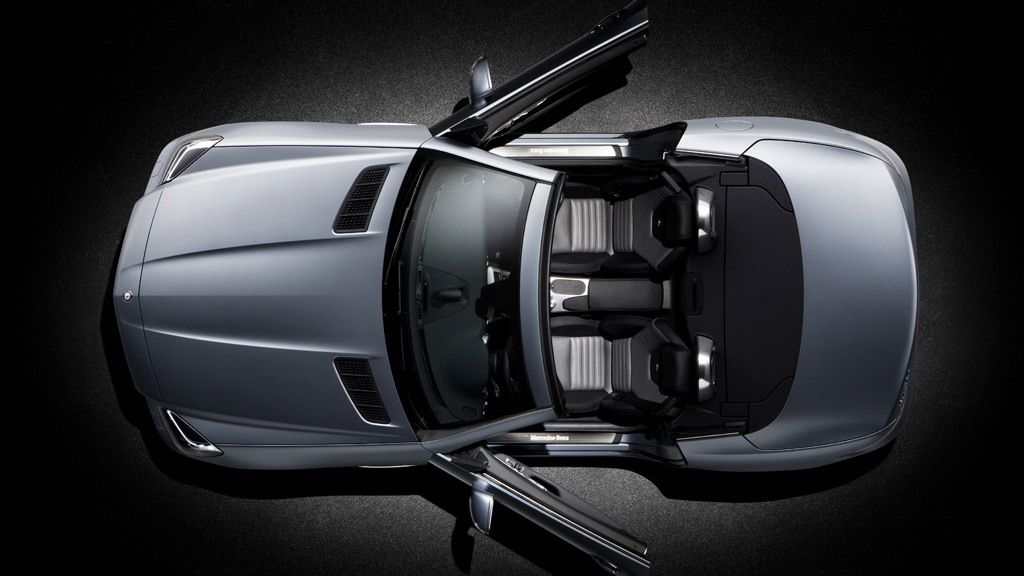 The Mercedes-Benz SLK has had something of an identity crisis ever since its 1996 introduction. Only small-engine versions have offered a manual transmission, and the suspension isn't quite sporty enough to be a "real" sports car, AMG versions notwithstanding. On the other hand, it's too small to be a decent grand tourer. To a lot of people, the compact size and slightly cutesy styling is a little too feminine.

Of course, that hasn't stopped Mercedes-Benz from selling boatloads of SLKs, and for 2012 an all-new SLK hits the streets with new styling, new dimensions, and a clever new option for its folding hard top.

Style is a primary reason for buying an SLK, and the 2012 model takes things to new heights. The nose is strongly reminiscent of the amazing SLS AMG, which itself is a throwback to the jutting grille of Mercedes-Benz cars from the '50s. The new nose and front fenders are now aluminum, and the styling exaggerates the long hood/short trunk proportions of the car. Inside is the usual assortment of luxury gadgetry, including a color trip computer between the two primary gauges, high-end audio system and so on.

However, the SLK has always been about enhancing the convertible experience. The 2012 model introduces a couple of new ways to do this. First is the new Airguide wind-stop system, which uses adjustable plastic panels that are attached to the back of the SLK's rollbars. Move them to the center, and interior buffeting is reduced. The 2012 SLK also retains the folding hardtop first seen on the 1996 model, but with an added twist. Buyers can opt for a dark tinted glass panel in the center of the roof, or an all-new "Magic Sky Control." At the touch of a button, the glass panel goes from darkly tinted to virtually clear. Undoubtedly it'll add considerable cost to the SLK, but it's pretty cool, as this video shows (it's about 20 seconds in).

The 2012 Mercedes-Benz SLK will have two engines available. First out of the gate is the SLK350, with a direct-injection 3.5-liter V-6 putting out 301 horsepower, moving the SLK from 0 to 60 mph in about 5.4 seconds, according to Mercedes-Benz. Later, the SLK250 will offer a direct-injection 2.5-liter four cylinder with 201 hp, which should scoot the little roadster to 60 mph in 6.5 seconds.

The new SLK certainly looks good in pictures, and the new Magic Sky Control is pretty darn cool, no doubt. Is it a real sports car now? There's no way to tell from looking at pictures, but you can decide for yourself when it goes on sale this summer.