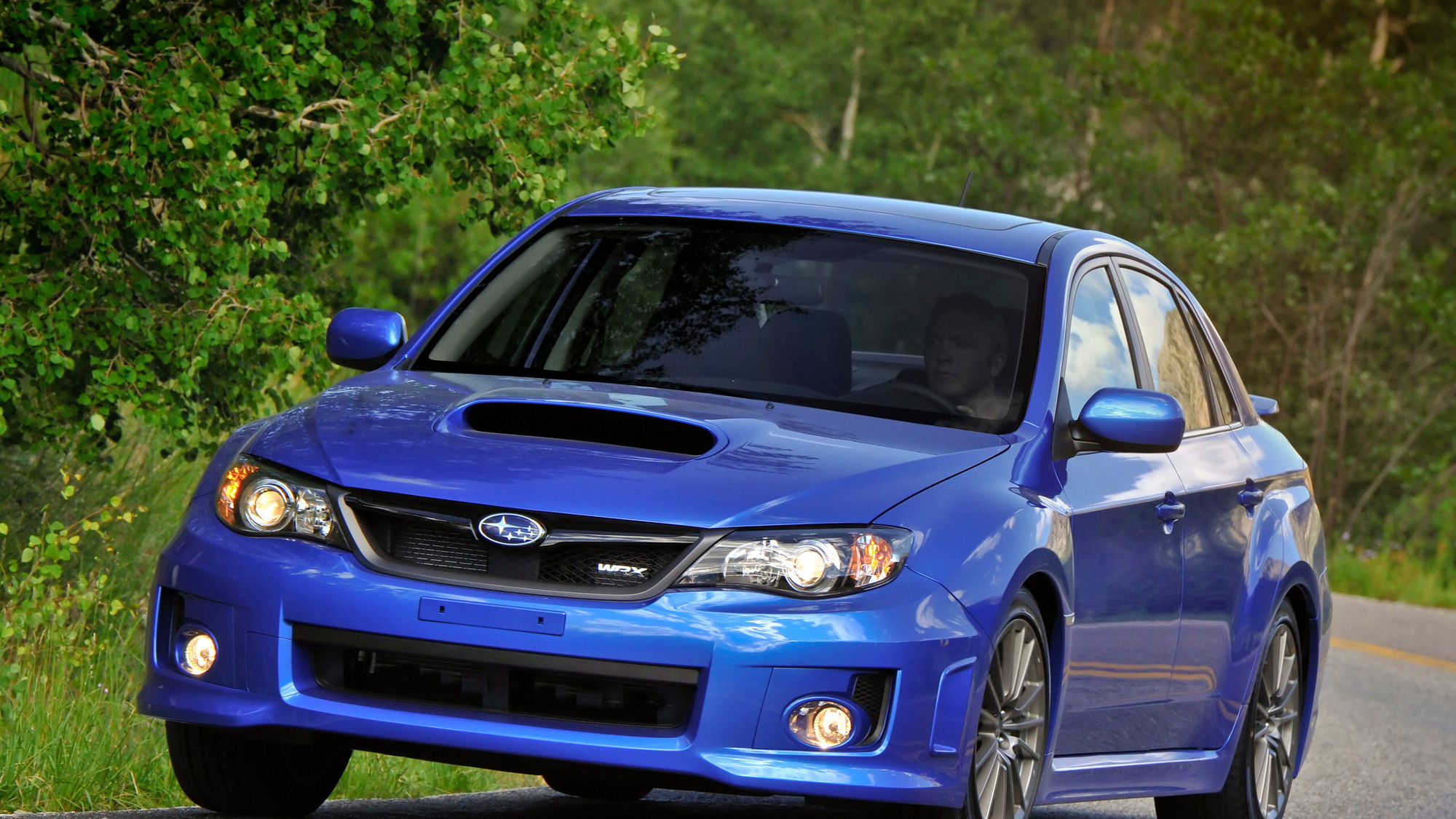 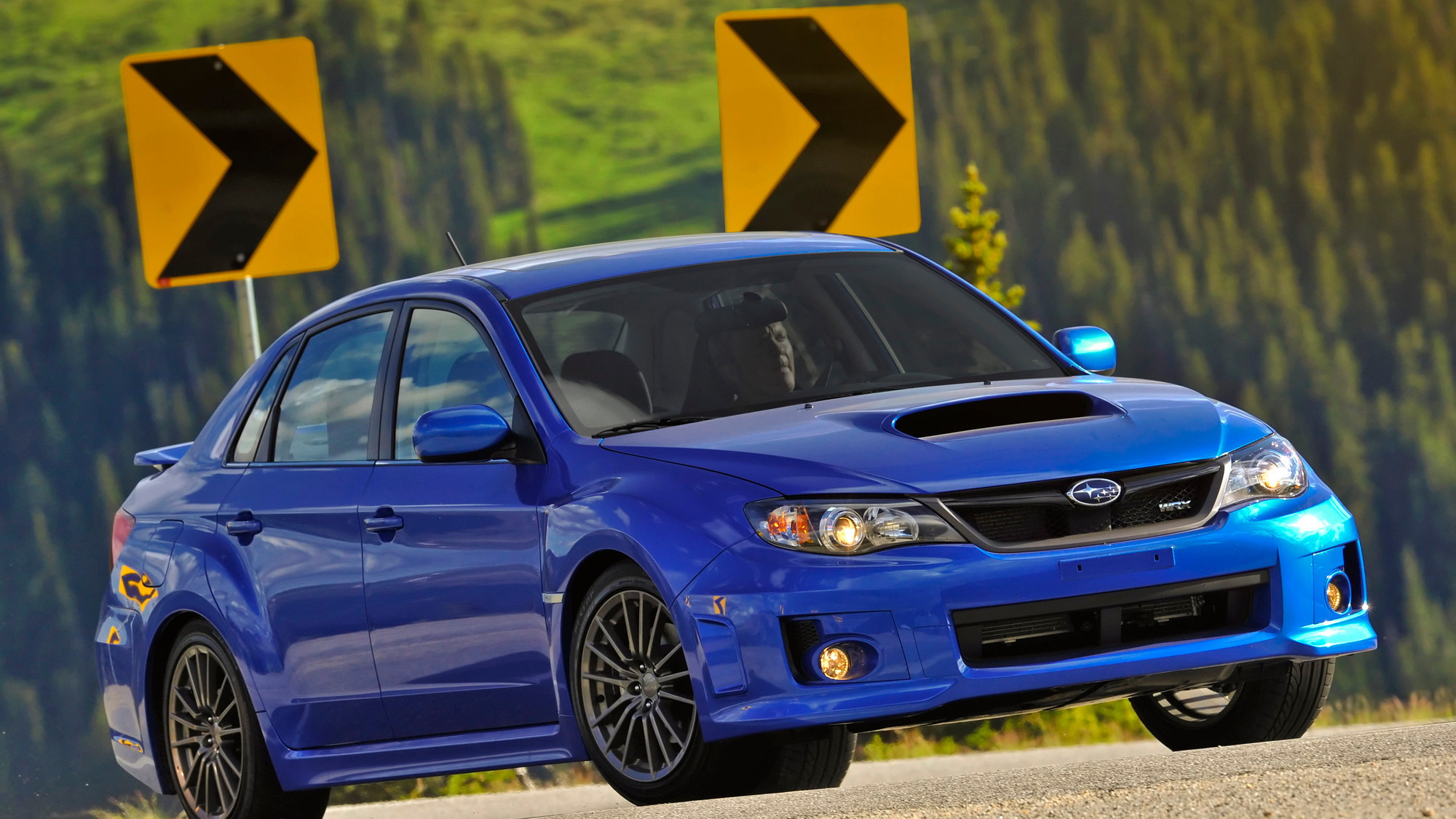 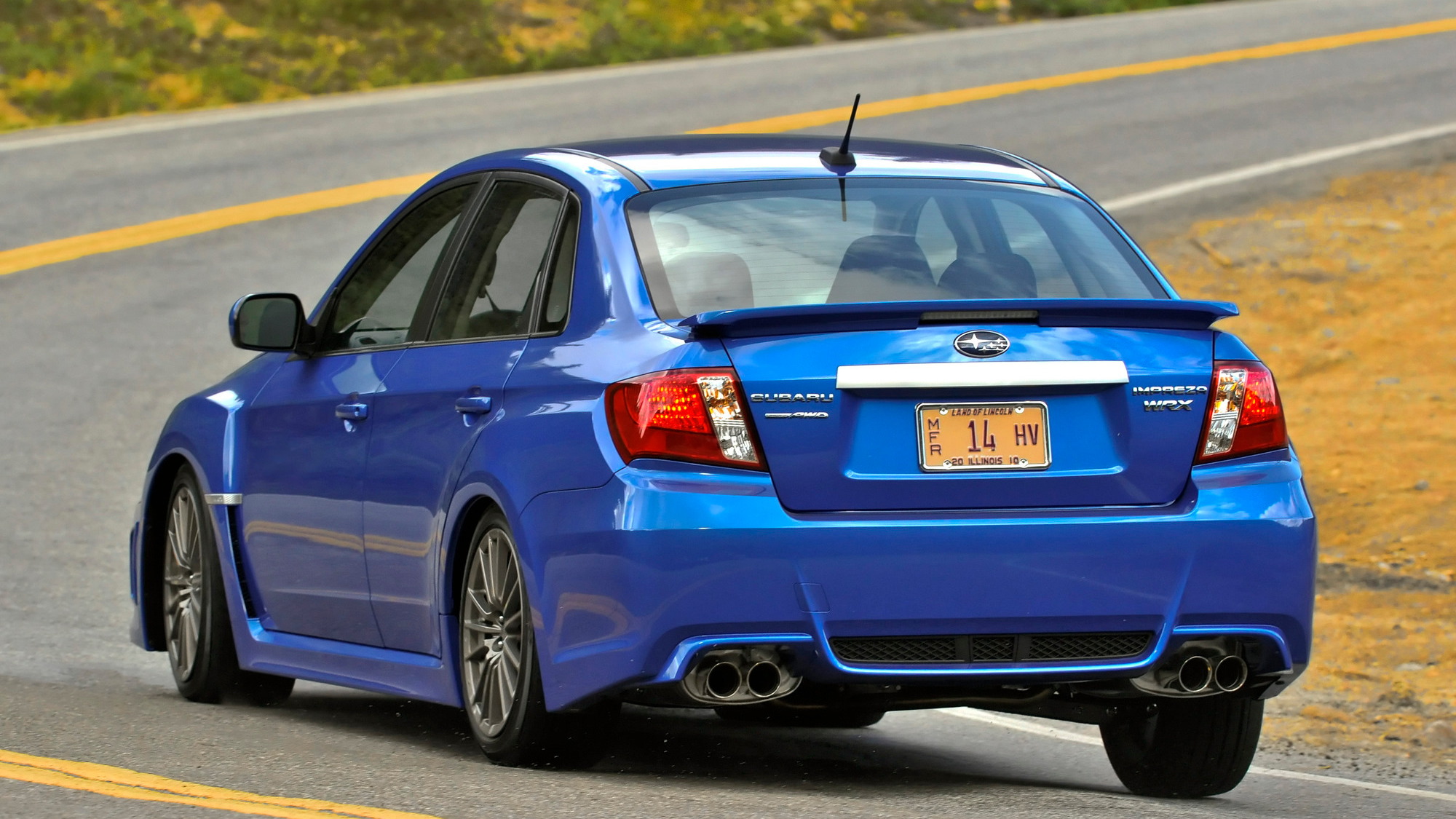 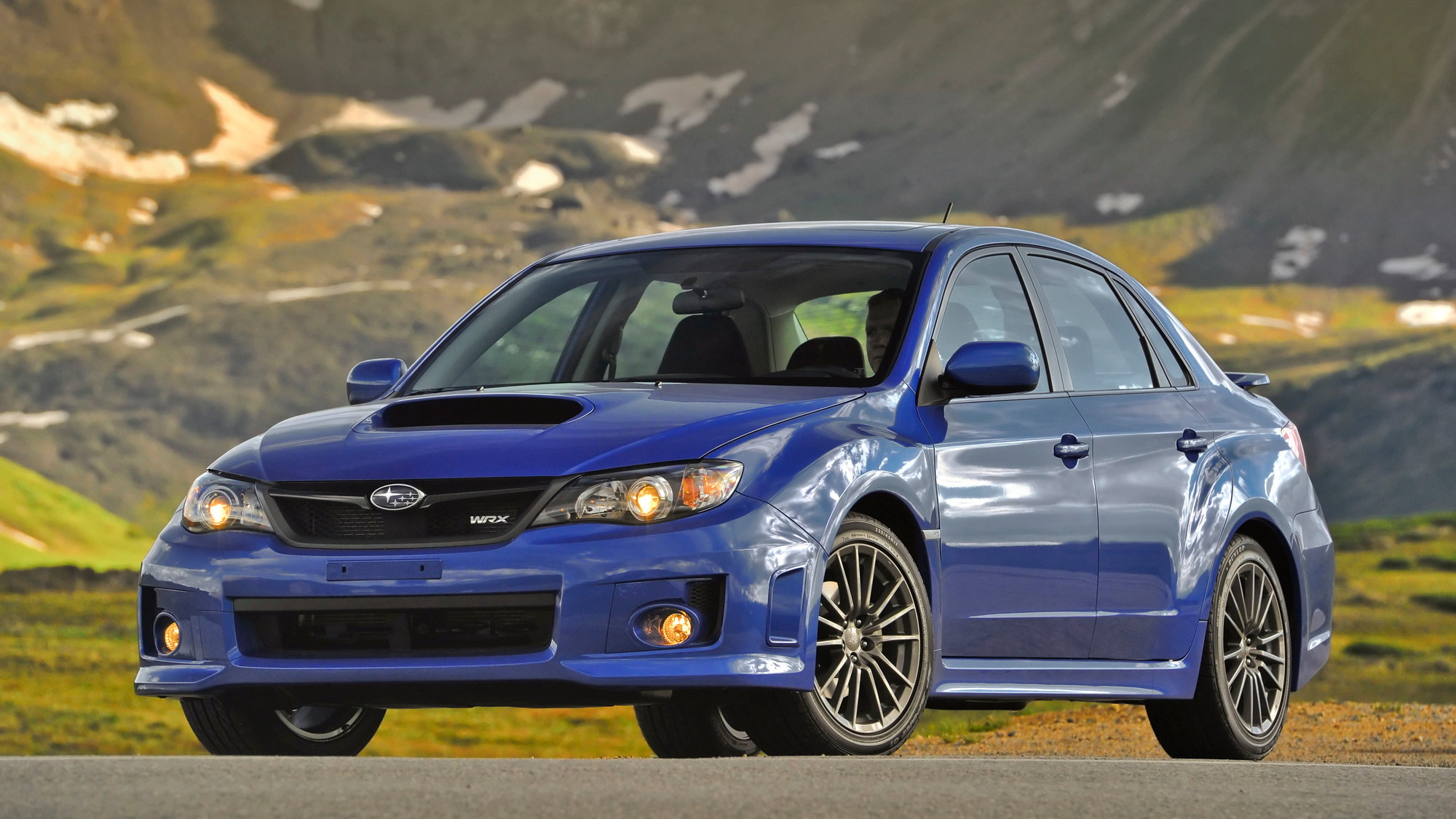 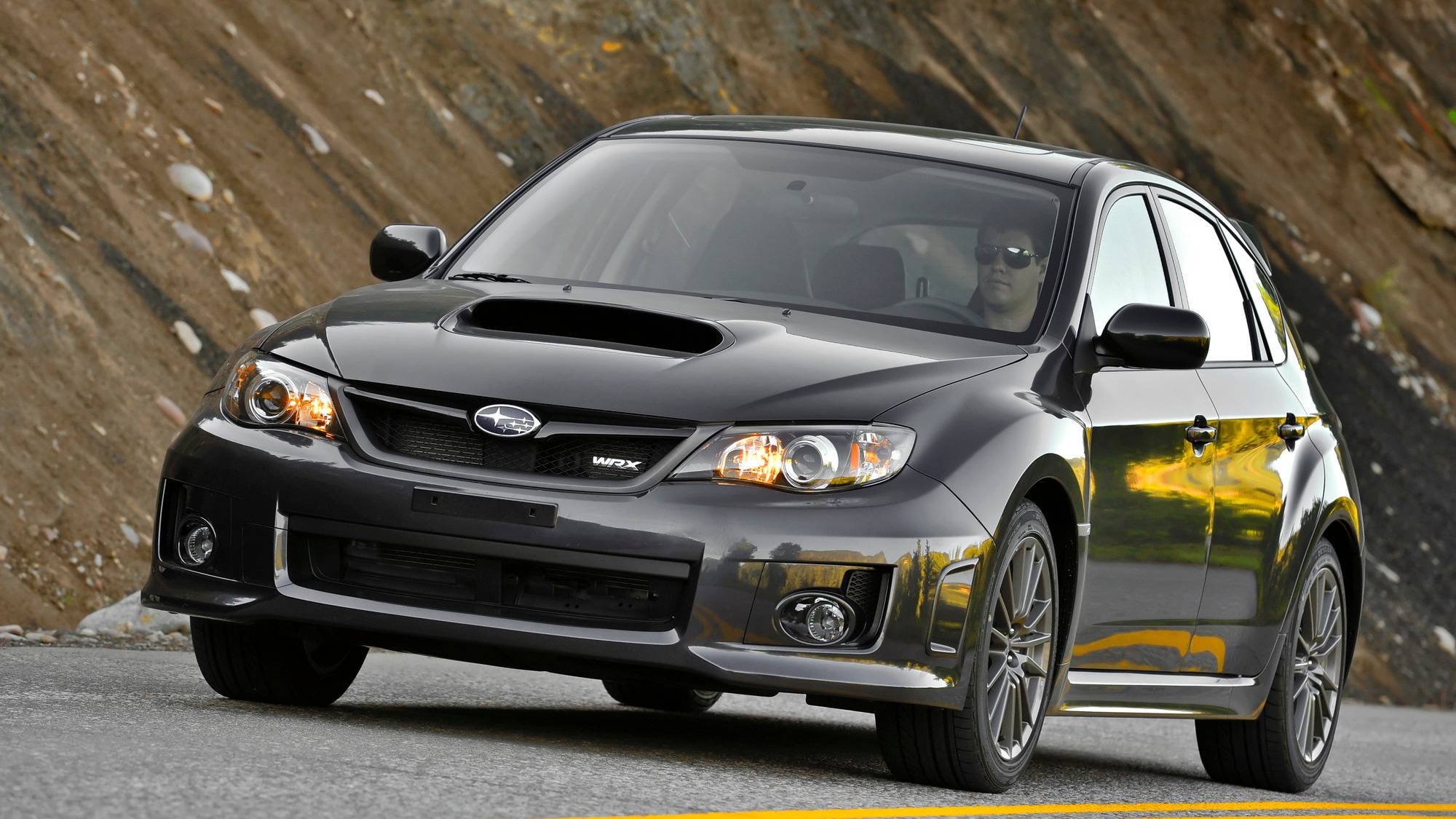 I’m kind of ornery when it comes to affordable performance sedans.

Above all, I’m looking for a car that’s fun, with the right mix of decent horsepower, but more, exceptionally good reflexes without a punishing ride. People buy sports sedans as daily drivers, so they have to be somewhat utilitarian, too.

And there are more ingredients. The car has to drive intuitively, and it has to make the right sorts of noises (exhaust, engine) and not the wrong sorts (squeaky suspension or brakes, rattling plastic). And mechanically its engineers will have to have focused on all the good stuff: even clutch-pedal progression: quick and short transmission gates; solid, linear brake feel; and precise steering that’s evenly weighted but not artificially heavy.

Yeah, I said I was ornery.

And I’ve been especially critical of Subaru of late, in part because I was a loyal fan and owner of Subies in years past, when they were the Kings of Quirk, but still delivered superb quality.

Now the newest Legacies and Imprezas still deliver excellent quality and are distinguished by utility and all-wheel-drive. And with a steady sales growth in the face of a miserable economy, Subaru would be fools to change course, especially as corporate overlord Toyota is facing so many problems of its own.

But Subaru, like Toyota and Honda, have a booming Hyundai/Kia to do battle with today; Nissan is no slouch either; Mazda is the present-day Asian champion of character and Ford is going like gangbusters. While Subarus have doubtlessly grown much more refined, I miss the brand that could do quality as well as fun in the same package. And while you could argue that there’s zero competition for the base 2.5i Impreza Outback Sport hatch, with Mini’s Countryman set to hit, there’s now about to be two all-wheel-drive cars in this segment, and I think we can all guess which one will win the fun-to-dance-with contest.

All of that said, the WRX branch on the Subaru family tree is a breed apart. I do wish Subaru would find a way to put some of that wild-dog breeding back into the kennel with the oh-so friendly labs and collies, but for now I’ll content myself with wondering how a single carmaker can birth such different pups.

Slept-with-the-milkman DNA
The 2.5 GT Impreza gets the same motor as the WRX, but it’s merely good for 224 horsepower and 226 pound-feet of torque. The WRX, with its 265 horsepower and 244 pound-feet of torque, isn’t ditching the 2.5 GT at least in the race to 30 mph. Especially since peak torque of the GT hits at 2,800 rpm vs. 4,000 rpm in the WRX. But as you accelerate, the difference manifests itself; the WRX pulls away, and once you encounter your first off-camber, decreasing-radius New Jersey off-ramp and you’ll instantly know that the WRX was the mean dog in the litter. The GT? It can go fast. It just can’t handle its corners.

No wonder. The GT doesn’t get the WRX’s reinforced MacPherson front struts and beefier stabilizer bars front and rear (as well as other, deeply altered and tweaked suspension components). So while the base Impreza and GT blow their apexes, the WRX allows some chassis lean, but once you’ve got the car set it stays planted. It will understeer at the limit, and you can enhance the fun by dialing in some gas while you grind sideways around corners and then add in some appropriate counter-steer. Mind you, you’ll have to do all that playing with stability control off, which by the way, comes standard. Otherwise, stability on, you have to try very hard to make the WRX miss its mark, and trust me, there’s plenty of joy to be had in the effort.

Point is, the WRX’s mightier, very willing motor, right up to and beyond the 6,000 rpm horsepower peak, as well as excellent suspension, set it apart from both the GT and a lot of other cars in this segment. And believe it or not, there are many ways in which the WRX is preferable to the more raucous WRX STi. Yes, it gets a wider footprint (by 1.5 inches) thanks to the STi, and wider, 17x8-inch wheels with 235/45R17 tires. But the STi is a stiff-riding car. And at $37,345 the STi starts to beg comparison with more refined machines from BMW and Audi. Oh, sure, you’d have to spend yet more to get a 300 horsepower 3-series, but then you’d be driving a car that’s plenty fast—and so much more refined. Also: driving the BMW to the office won’t garner more than an admiring glance. The STi will raise alarm bells about your management style.

A great gearbox
Or you could reserve your cash and spend $25,495 on the standard WRX. It probably won’t raise any eyebrows (delete the wing on the rear to be certain), and it happens to be a thrill all its own.

Going back to my tick list for cheap-thrills sports sedans, this Subie gets a great grade for gearbox quality and clutch engagement. You can precisely and intuitively release the clutch in 3-2 downshifts, and you’re never thrown by a too-high clutch release that screws up your footwork. Likewise, the gearbox isn’t as tight as the six-speed of the STi, but neither is it as finicky. And although the five- rather than six-speed ’box means you have to work a little harder at keeping the Boxer engine at higher rpms, so the turbo is ready and willing to maintain peak torque and edge you toward peak horsepower, all of that is yet more engaging. Remember that beef about character? That’s not a worry here.

The right noises
That the 2.5-liter motor is a Subaru staple need not be a negative; Subaru has proven time and again that when the motive is gumption they can get massive force from the same displacement unit you’ll find in the basic 170 horsepower Outback. “Hmm, I’ll skip the 170 horsepower 2.5-liter and instead take the 305 horsepower unit that comes in the STi.”

Yes, most of us would, but the 265 horsepower in the WRX is plenty gutsy, even if the car is a little heavy, at 3,200 pounds. And while the 2.5-liter boxer motor won’t win any awards vs. the symphony of an in-line six or even some high-revving Honda fours, it’s got a brassy, distinctive song. And we know all about how Subaru likes to claim a structural tie to Porsche on the horizontally-opposed engine front.

A few missed opportunities
Subaru continues to walk a very tight line by offering all-wheel-drive and highly functional, if not always impassioned products. On the WRX the all-wheel-drive is imperceptible unless you find a sloppy, snow-covered road or push it around on the dirt. Mostly what you’ll perceive is a rudder-like refusal to go anywhere but where you point the car, and that’s all to the good. And, actually, so is the small, but perceptible amount of body roll, because it lets the WRX owner have fun at reasonable sane speeds, and also not make passengers suffer ever rut in the perpetually under-funded Interstate highway system of our nation.

All of which is to say that Subaru continues to kill it with the WRX. You can’t argue with the math, or that for the money there’s very little else on the market that’s even close. Yes, GTI fans will counter that their car is more refined, and if you compare interiors they’d be dead right. (Nelson Ireson’s drive of the WRX goes into more on that.) Ditto the Mazdaspeed3; that’s a car that’s more refined on the inside than the Subaru and more thrilling to drive than either the GTI or the Subaru. But you can’t get either the Mazda or the VW with all-wheel-drive. If Subaru went for Tribeca-grade fabrics and finish in their WRX they’d be closer to competing with the likes of VW.

Maybe all this becomes moot when the new shared-platform Subaru/Toyota sports car debuts. And maybe, in some ways, just as Toyota says it wants to get back to infusing more excitement into its cars, Subaru will also benefit from that push.

For now you have Subaru making many excellent cars that don’t stir much passion, and a fistful that stir rabid mobs of fans worldwide. And since they’re making money, it’s probably the case that they know best. Not that the WRX fans wouldn’t love it if someday Subaru saw fit to sell a slammed, widened, more tautly suspended Outback with an STi motor. Sign me up!