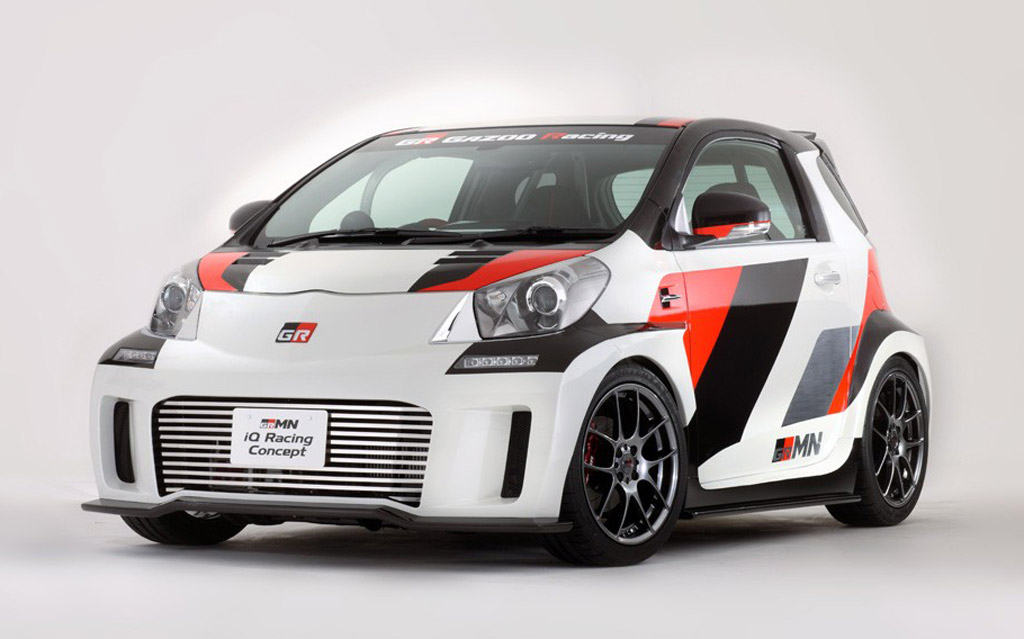 Toyota has outdone Nissan’s nine car showing at this weekend’s 2011 Tokyo Auto Salon by presenting no less than 17 modified vehicles and race cars, most of which have been developed in collaboration with motorsports engineering firm Gazoo Racing.

The highlight of the automaker’s stands is undoubtedly the iQ Racing Concept developed by “Gazoo Racing tuned by MN" (GRMN). It is based on the iQ minicar, which is expected to eventually be sold in the U.S. as a Scion, and comes with a supercharged four-cylinder engine and full roll cage.

Grouped under Toyota’s own G’s performance branding were several other sporty concepts including a new Prius G Sports Concept and Vitz G Sports Concept. If you’re unfamiliar with the new G’s brand, its name came about from the “G" associated with classic Toyota sports models such as the Toyota "2000GT" and the "Celica GT-Four" and will be used in the future on sportier versions of regular Toyota production models.

Also on show at this weekend’s Tokyo event is the Gazoo Racing Lexus LFA that contended in the 2010 Nurburgring 24 Hours Race, Lexus CT 200h F Sport, a couple of modified IS F sedans, and a range of customized vehicles dressed up with Toyota Modellista aero accessories.