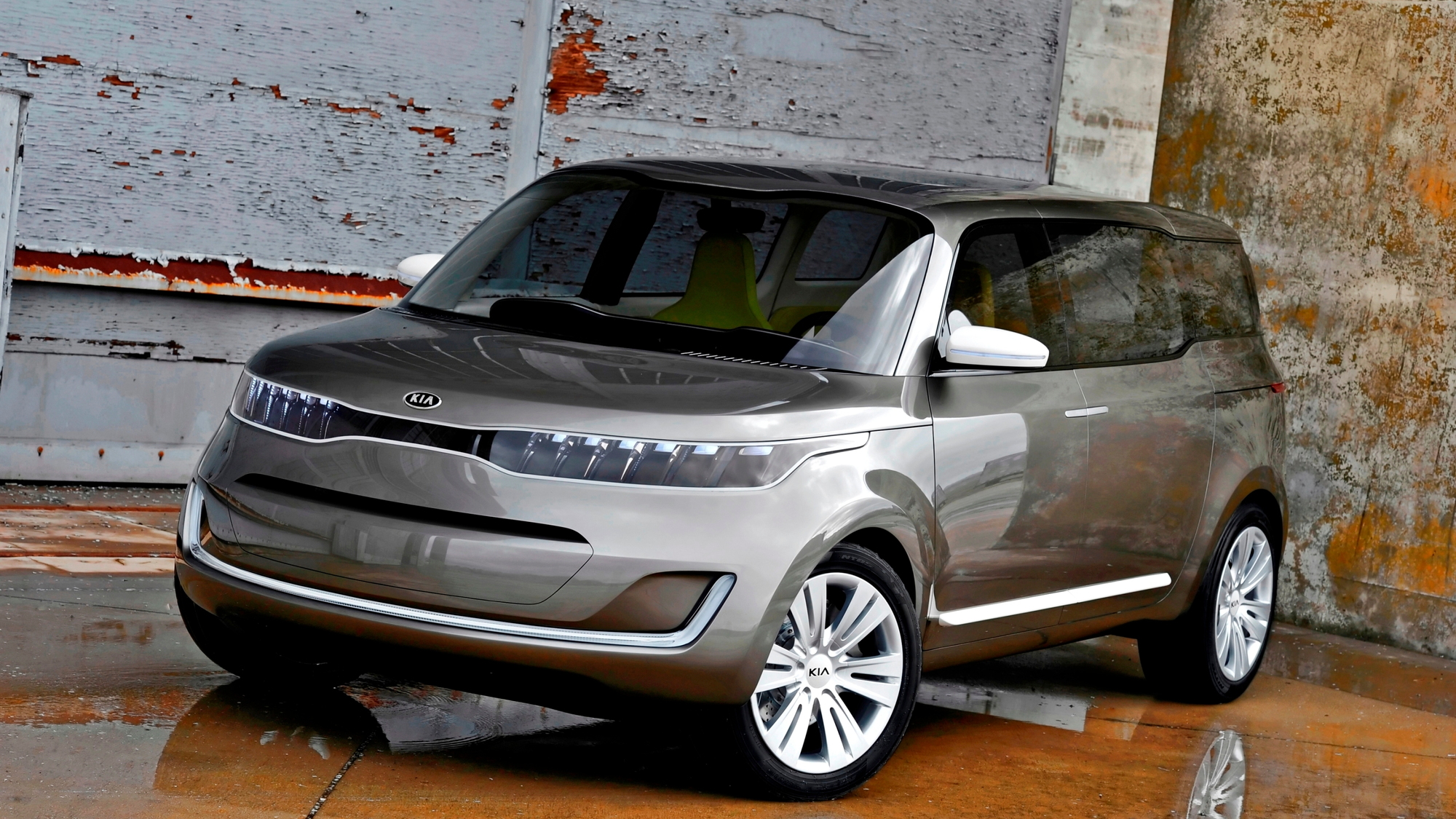 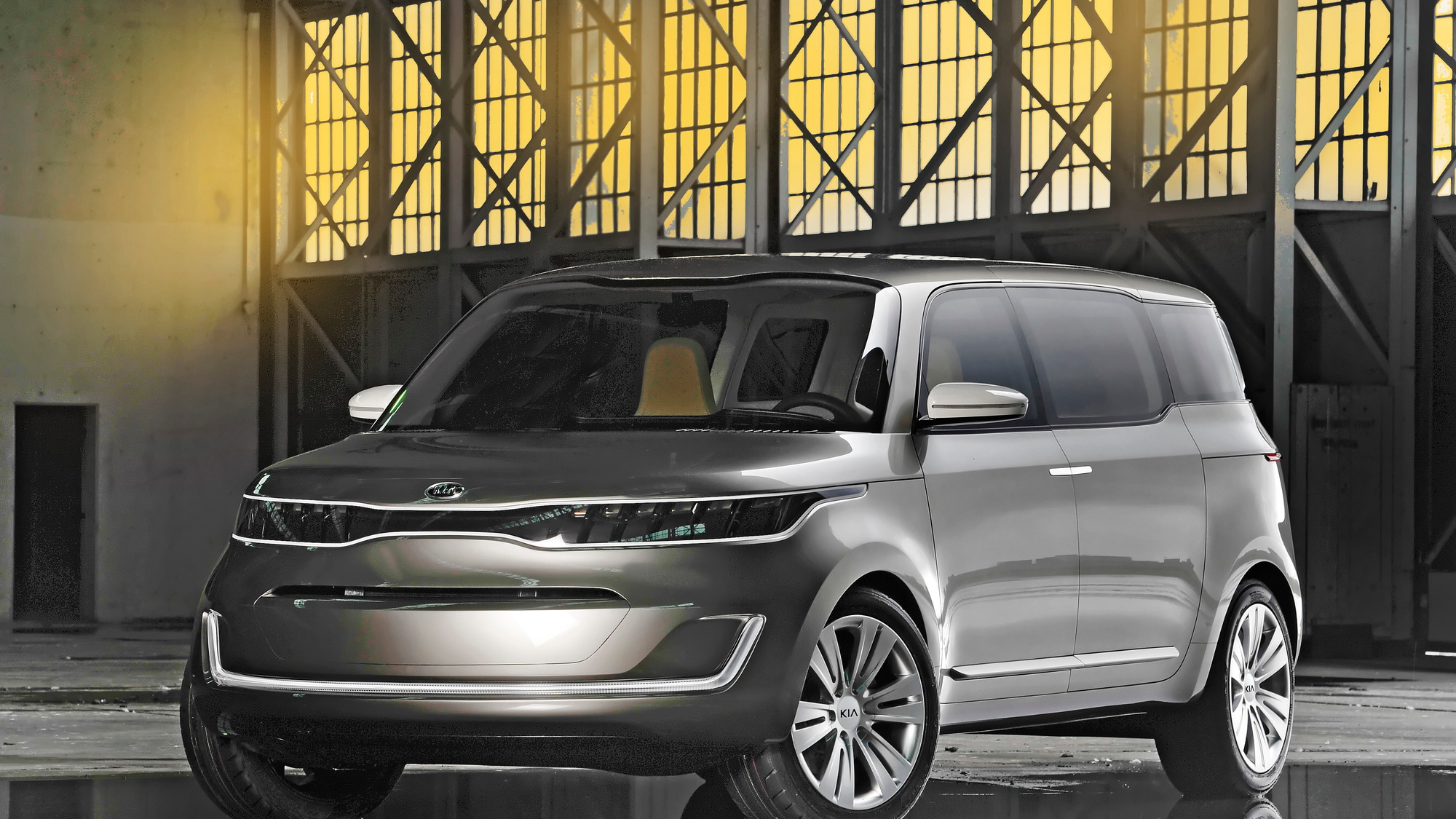 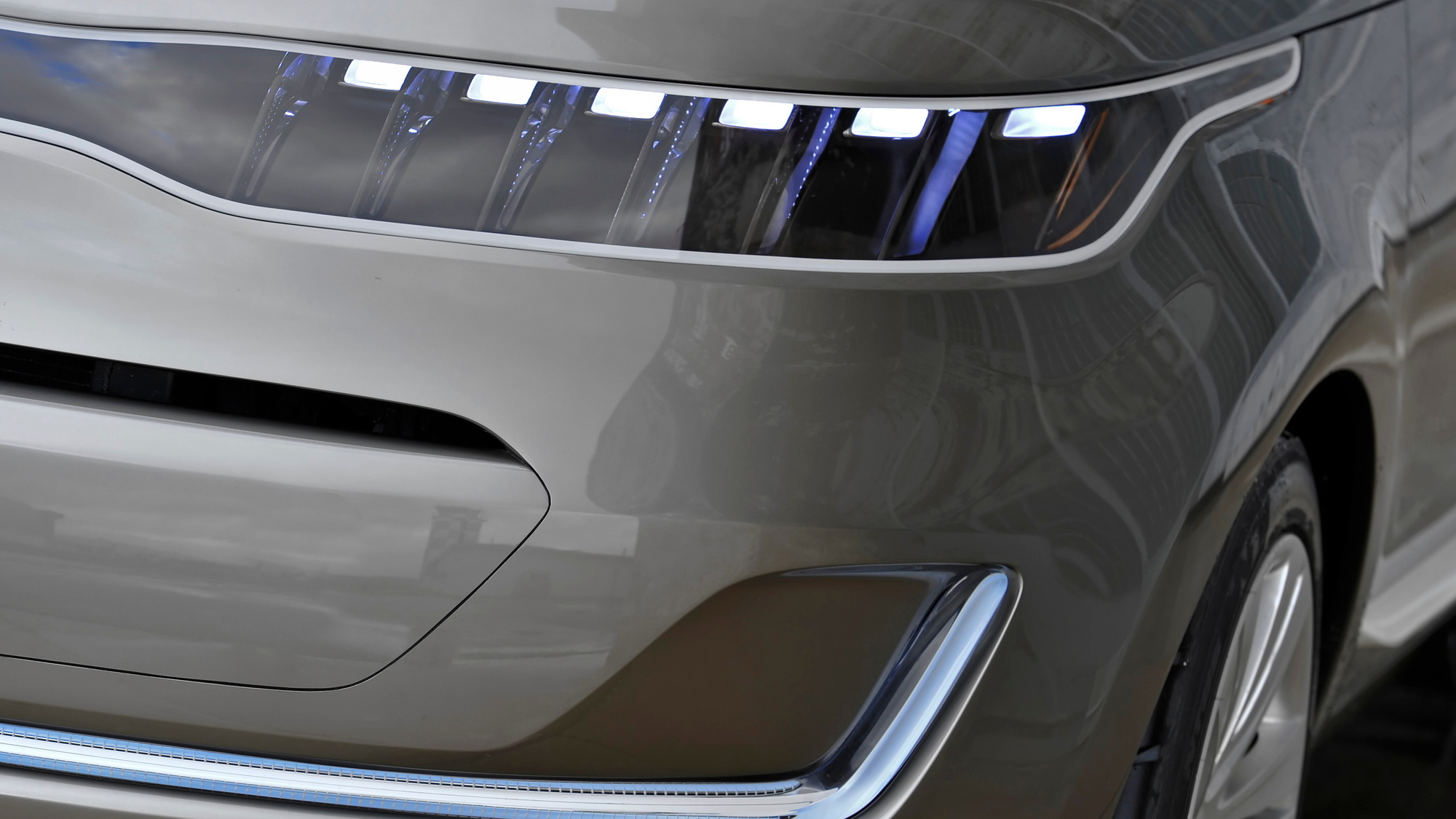 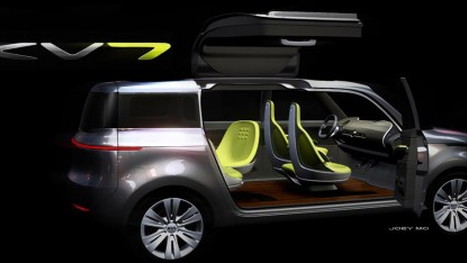 4
photos
The 2011 Detroit Auto Show won't be short on concept cars, particularly from South Korea's automakers. While its cousins at Hyundai are bringing a Curb concept, Kia will pull the covers off the KV7 concept crossover, a blend of SUV cues and minivan seating, with a dash of social media thrown in for good measure.The 2011 Kia KV7 concept makes its debut at the 2011 Detroit auto show, after a few teaser images have made their way to the Web. In the weeks leading up to the Detroit show, Kia has billed the KV7 as its take on the best way "to transport a large number of people and their belongings while also serving as a connected social hub for groups of friends and adventure-seekers." Kia calls the drivers of this future-think car "ringleaders"--the organizers who pull together these groups for treks short and long.


For those drivers, Kia currently sells the Sedona, a conventional sliding side door minivan that received a new grille and a new powertrain for the 2011 model year. But the KV7 makes it plain that the replacement for the Sedona will move in a different direction, while hanging on to key minivan attributes like seven-passenger seating and a kid-friendly interior.

Physically, the KV7 remains at the smaller end of the minivan market. The concept sits 191.9 inches long, 80.0 inches wide and rides on a 122-inch wheelbase, which Kia says puts it squarely in the minivan size class--it's still about a foot shorter than the Flex and the biggest minivans, the Toyota Sienna and Honda Odyssey. Maybe more telling, it's only 1.3 inches longer than the seven-passenger Hyundai Veracruz crossover, a likely platform donor if the KV7 makes the transition from concept to reality.

Big vertical LED headlamps are show-car one-offs, as are the low LED lamps across the nose that sub in for fog lamps; sizable 20-inch wheels are just one of the ute-like cues on the concept.

Like the new 2012 Hyundai Veloster, also being introduced at the Detroit show, the KV7 has asymmetrical doors--on the passenger side, a front-hinged conventional door is followed by a gullwing door designed for easy access to the middle-rear seats. Those rear seats, like the front ones, swivel so that the KV7's cabin can become a mobile lounge--a persistent theme in concept-car design that's actually been removed from one production vehicle (the 2011 Chrysler minivans) because of its low consumer appeal. In the way-back, a traditional third-row bench gives way to a corner "lounge" with room for three more passengers. Around its cabin, the KV7 concept recycles teak for its wood floor, and wool and felt in its upholstery.

The push-button start triggers the driver-side section of the KV7's dash to move closer by about six inches, and it fires up green LED lighting that hooks the gauges subtly to the vehicle's powertrain. The engine is a turbocharged four-cylinder that produces upward of 285 horsepower, or a little more force than the current Sedona minivan's V-6. The 2.0-liter turbo four sounds awfully similar to the unit in the Kia Optima Turbo, down to its conjoined six-speed automatic transmission and predicted 30-mpg fuel economy.

A bundle of infotainment features find a home on a central LCD screen, with the functions for audio, video, climate controls and navigation all controlled by a dash-mounted trackball. In back, the rear passenger have their own interface, a tabletop-style touchscreen that comes connected with wireless Internet access to enable social gaming and other activities--since it's a family vehicle, probably more Facebook than Chatroulette.

There's more to come on the KV7 and on the rest of the Kia lineup from Detroit. Stay tuned here, bookmark our 2011 Detroit Auto Show page, and follow us on Facebook or Twitter @therealma for the very latest from Cobo Center.