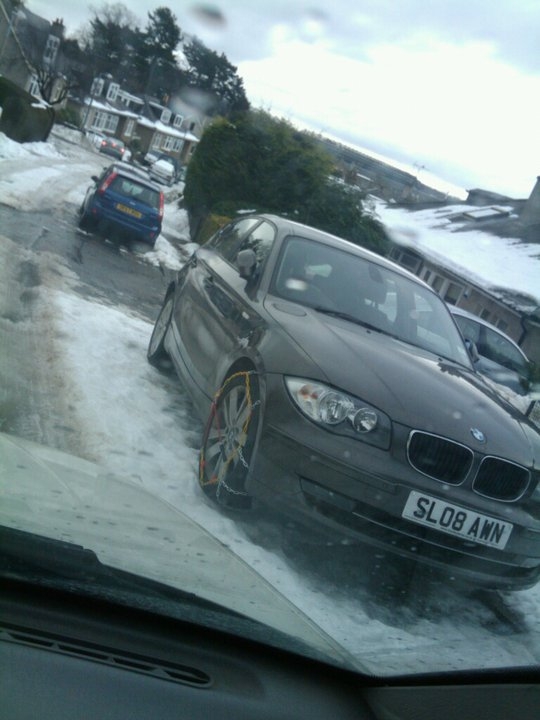 Back in the day, buying a BMW was something only true sports sedan fanatics understood. But the legendary 2002 is long gone--35 years now--and all sorts of new folks are buying Bimmers.

Including those, apparently, who think their BMW 1-Series has front-wheel drive.

Earlier this year, CEO Norbert Reithofer revealed that no fewer than 80 percent of 1-Series buyers believed their beloved BMWs were pulled around corners from the front. The paramedics are still cleaning up the heart attacks in Munich.

Our U.K. reader Andy 'Smuffy' Smith sent us this photo, showing a BMW 1-Series with chains mounted on the front wheels. Which won't help it on snowy roads since, like every BMW to date, it's the rear wheels that are driven by the engine--and are the ones that are supposed to get chains for better traction.

The photo was taken yesterday in Staffordshire, one of the many areas of England that's been hit by cold, snowy weather unusually early this winter.

We just wonder if the hapless 1-Series driver even noticed that his (or her) BMW wasn't driving any better with chains on than it did without them ....