Looking for some nifty car art but can't make it to Miami this weekend? No problem -- well, not as long as you live in Los Angeles.

The Petersen Automotive Museum has just put a beautiful, sleek, thoroughly tricked-out Chrysler Imperial on display. And this isn't just any Imperial (as if there were such a thing); this is Black Beauty, the ride of choice for the Green Hornet. Which seems timely, since The Green Hornet action/comedy opens in theatres just over a month from now on January 14.

(Coincidentally, that's the same day The Dilemma debuts. Guess which line we'll be in.)

Sadly, museum visitors won't be able to get up-close-and-personal with Black Beauty -- not unless they're very tall. The car has been strapped to the Petersen's outside display area, which hovers 30 feet off the ground. For a closer look, you'll have to wait until one of Black Beauty's sisters drops by a location near you.

In the meantime, have a gander at the press release below, and join with us in hoping that Seth Rogen splurged a little during the Thanksgiving holiday. Surely we're not the only ones who miss the days when we used to get him confused with Jonah Hill?

THE GREEN HORNET TAKES ON L.A. AS HIS CAR, BLACK BEAUTY,  LANDS AT THE PETERSEN AUTOMOTIVE MUSEUM

(LOS ANGELES, November 30, 2010) In anticipation of the January 14, 2011 release of the 3D action comedy The Green Hornet, starring Seth Rogen, Jay Chou, and Cameron Diaz, the vigilante hero's automotive co-star Black Beauty is now taking on Los Angeles in a unique way, perched atop the world-famous Petersen Automotive Museum's elevated outdoor display.  The 58,000 daily commuters traveling through L.A.’s third-busiest intersection at Wilshire Boulevard and Fairfax Avenue will be greeted by the souped-up and armed-to-the-grill Chrysler Imperial.

The highly customized Black Beauty – complete with machine guns, rocket launchers, and every other weapon the Green Hornet needs to take on the bad guys – is only the third vehicle to grace the 30-foot-high platform in the Museum’s 16-year history. Its predecessors were the AM/PM Boss monster truck and followed by a 2000 NASCAR Dodge Intrepid which became the calling cards on the west side of the Petersen during their respective tenures.

Black Beauty will be displayed outdoors through the end of February and will tease the new The Green Hornet exhibit, which will fill the Hollywood Gallery at the Petersen Automotive Museum. Visitors to the new exhibit can learn what it really takes for a car to be the star as it features six Black Beauties created to appear in the movie, from a beautifully polished stock Imperial to process bodies, stunt cars, a “hero car,” movie props, and more. The rest of the exhibit will be dressed as Britt Reid's (AKA The Green Hornet’s) garage, featuring classic and exotic automobiles as seen in the movie. Also on display will be one of the two Black Beauties from the 1960s television series. The Green Hornet exhibit will also be open through the end of February. 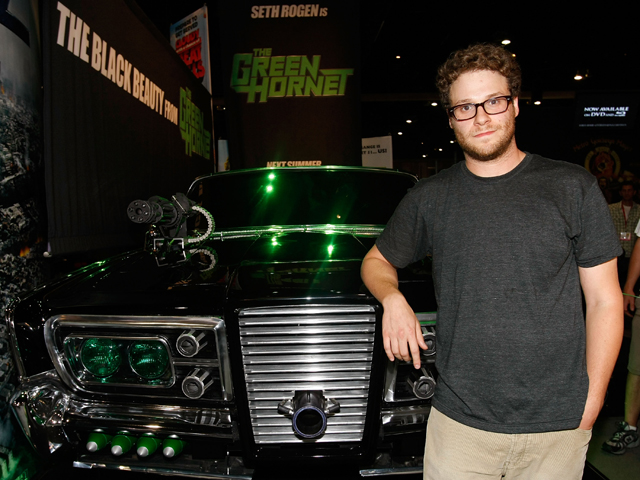 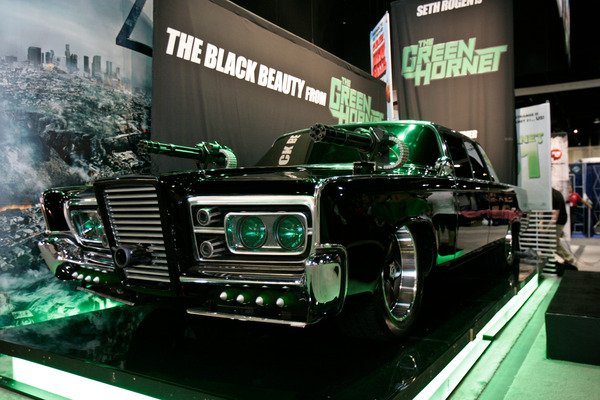 Black Beauty (a Chrysler Imperial) from THE GREEN HORNET