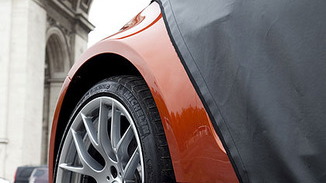 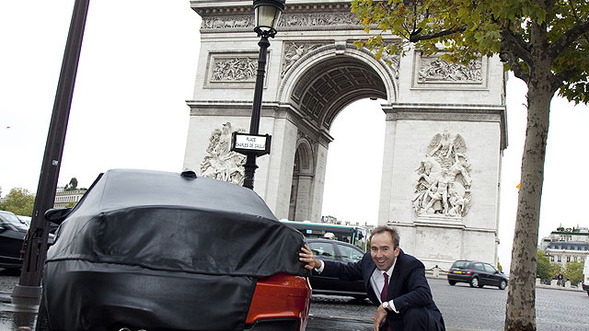 BMW's 1-Series M Coupe has been teased, leaked, and spied. Today it gets another visual update with a handful of under-the-covers photos from BMW's M-Power site. Between what we've already seen and the new detail shots, we can piece the car together in our minds, though we'll have to wait a while yet to see how it all comes together in the real world.

Vents on the rear fenders, a wider track and flared fenders to accommodate at all four corners, quad exhaust tips, reworked front and rear bumper moldings and aero treatment, and what appears to be a rather restrained spoiler under the tarp round out the main exterior differences from the standard 1-Series Coupe.

The more aggressive look befits the car, as it's expected to pack around 350 horses from a twin-turbocharged, six-cylinder N54 variant. That's 64 short of the current M3's naturally aspirated, high-revving V-8, but with the instant-on torque from the two turbos, it won't feel like it until it's wound out on a long straightaway.