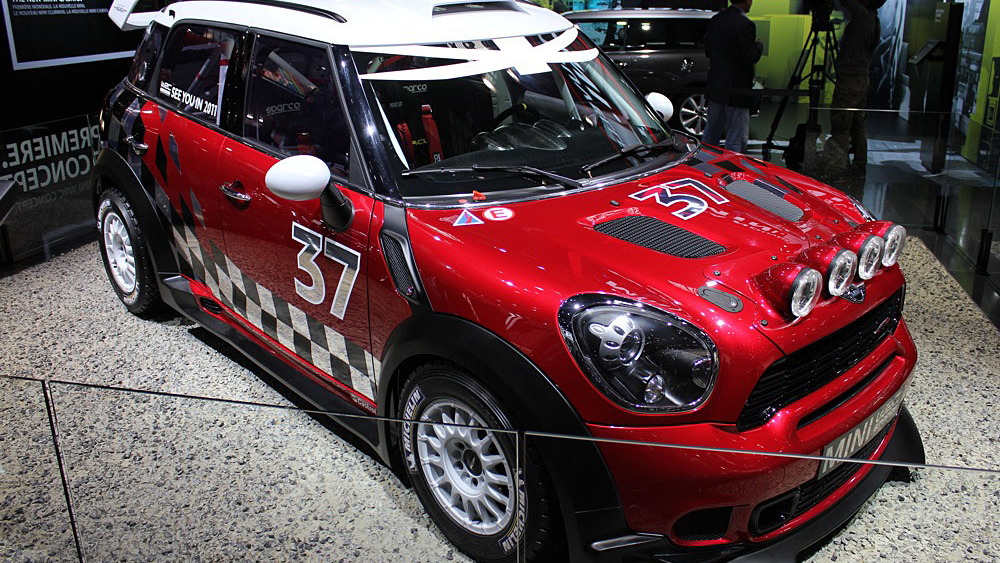 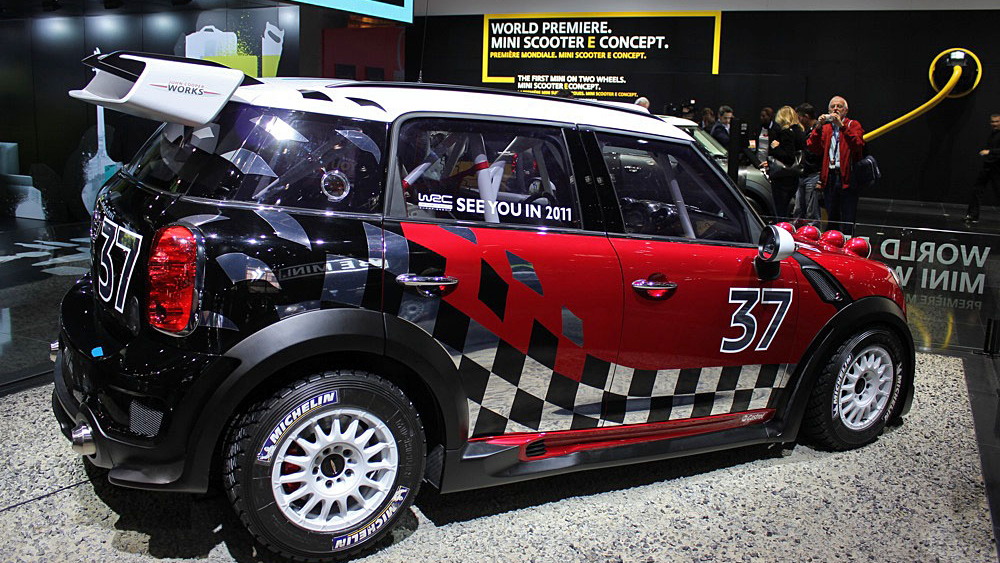 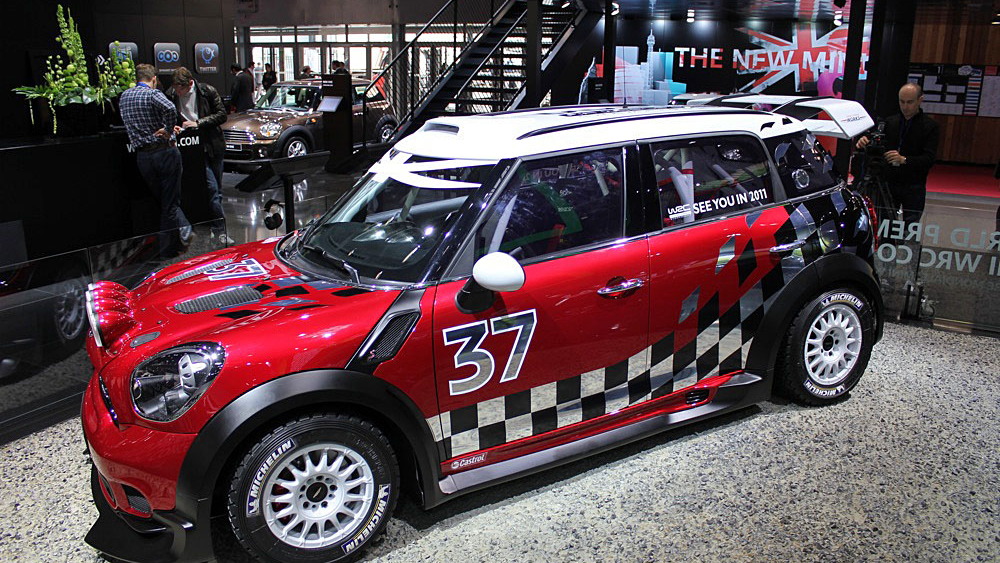 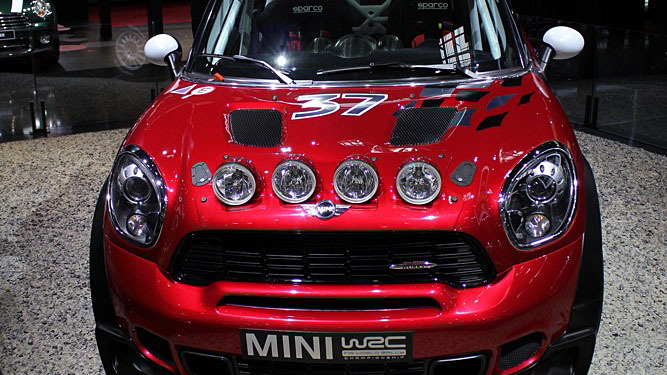 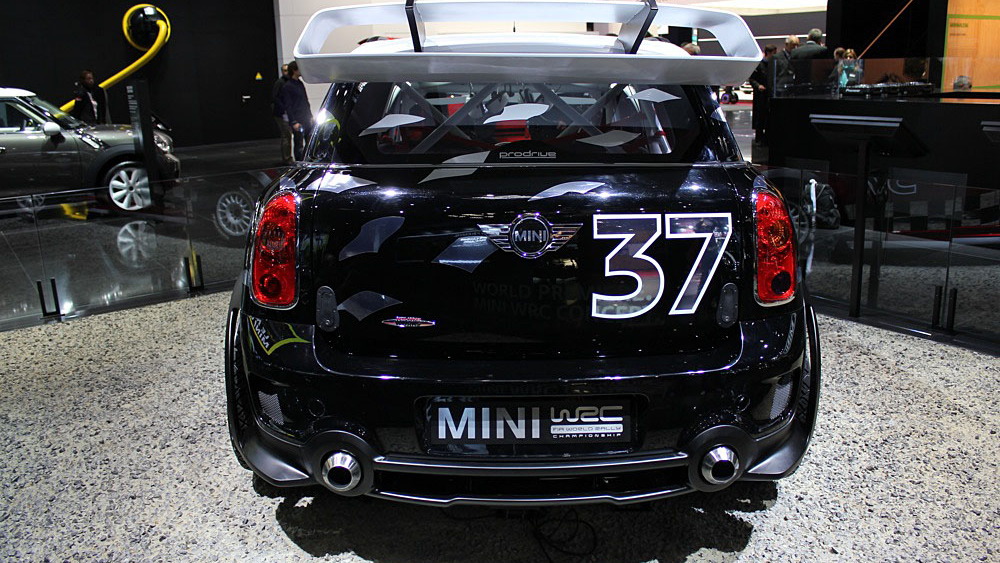 With MINI's return to rally racing imminent, the BMW brand brought a special concept car to the 2010 Paris auto show--the Countryman World Rally Car it intends to use, to re-establish itself in the racing series.

With new Formula 1 rules for the WRC now in place, the 1.6-liter four-cylinder MINI makes perfect sense--even more so that the new 2011 MINI Countryman crossover needs the allure and image a racing championship or two might provide.

It's MINI's car, but Prodrive was called in to help in the development of the WRC car's hardware and to test its durability, driving a week on gravel roads in Portugal, according to the automaker.

The first MINI WRC race happens in 2011, at Rally Sweden in February. Kris Meeke from Great Britain will be one of its drivers.