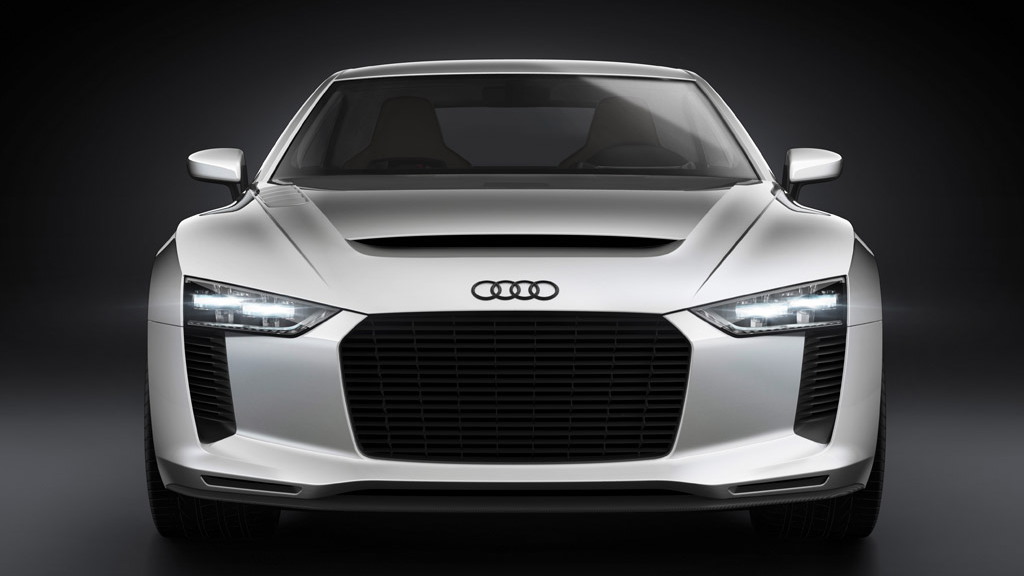 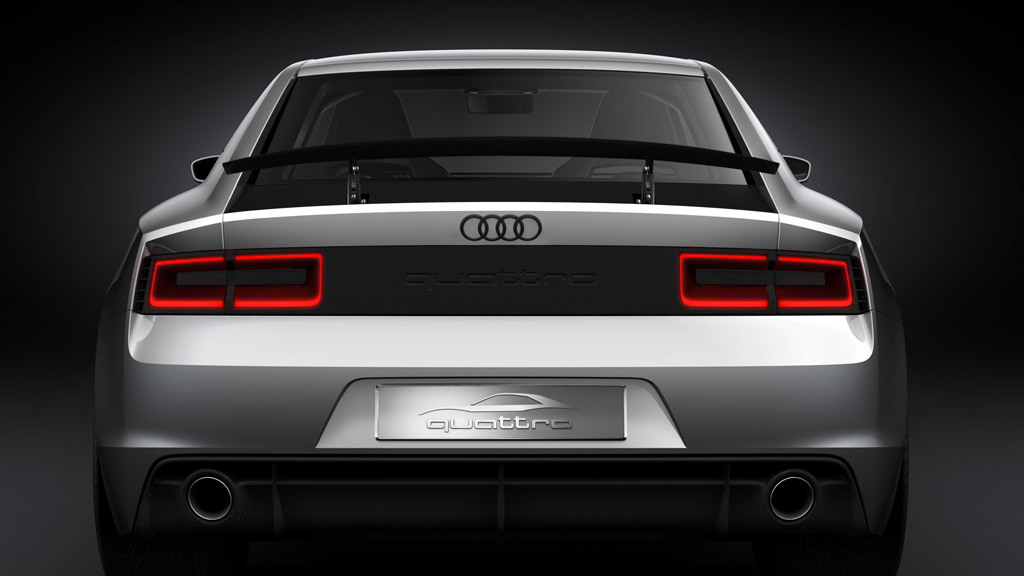 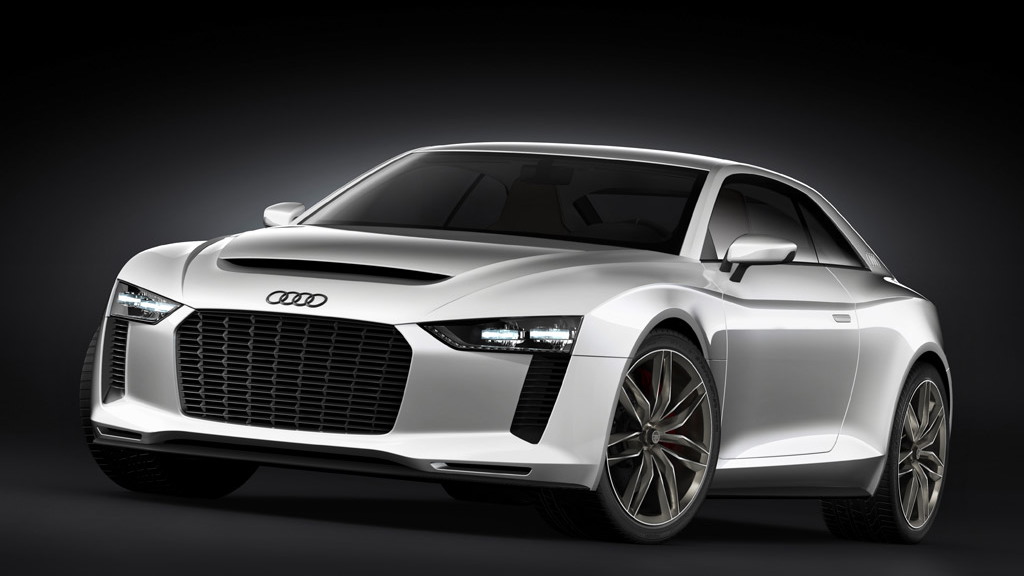 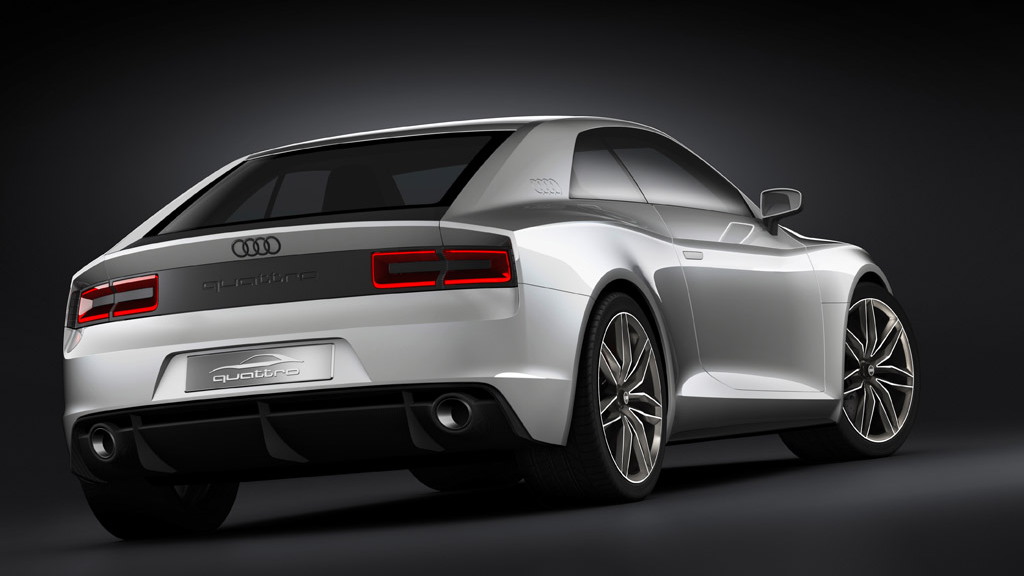 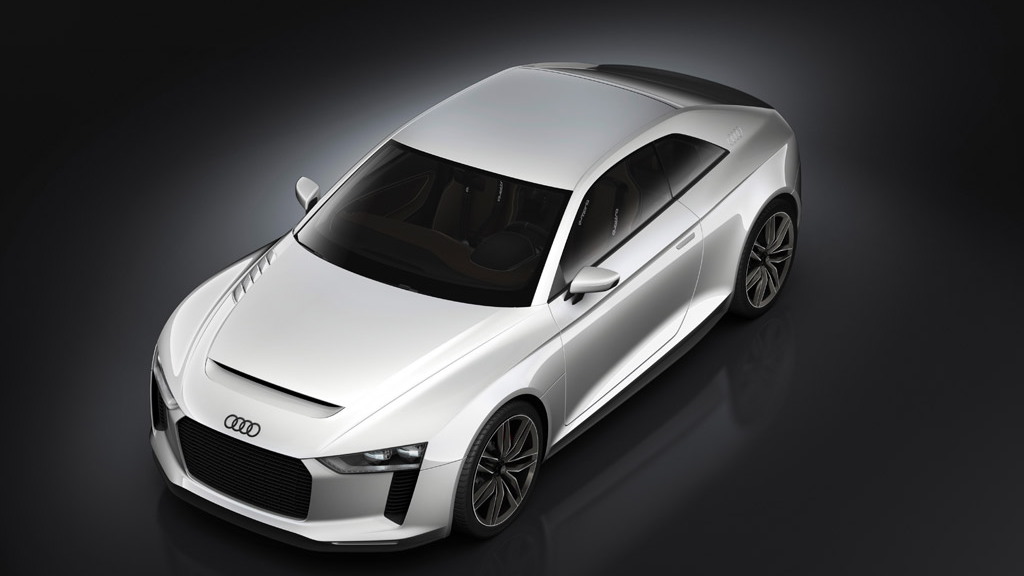 Many believed talk of Audi’s new R4 mid-level sports car was pure fantasy but then we saw the surprise unveiling of a second e-tron concept car; a unique design that even the automaker said was a production possibility. Now, on the eve of the 2010 Paris Auto Show, Audi has unveiled a brand new sports car concept that appears to be an evolution of the design seen on the most recent e-tron.

Dubbed the Audi quattro Concept, the latest show car is celebrating the 30th anniversary of the first quattro sports car and gives an interpretation of what a modern version of the original model could look like.

Based loosely around the RS5 coupe, the new quattro gets a shortened wheelbase, a lower roof and comes with only two seats. The heavily modified body is made primarily of aluminum, with the hood, the rear hatch and other components made of carbon.

The low weight of the superstructure leads to significant secondary effects in other components of the vehicle, such as the transmission, the chassis and the brake system. As a result, the Audi quattro concept weighs just 2,866 pounds, almost exactly the same as the Sport quattro from 1984. Combined with its 408 horsepower engine, the lightweight coupe will rocket to 60 mph from rest in just 3.9 seconds. Drive is distributed as needed via a six-speed manual transmission.

If the quattro concept does make it to production as the R4, expect it to be positioned somewhere between the R8 and TT ranges. Furthermore, expect the carbon-fiber body panels to be replaced with more affordable and mass-producible steel and aluminum, while simpler wheels and a less extreme exhaust system will likely be fitted as well. But we're not too worried about the details as long as Audi keeps that beautiful silhouette.