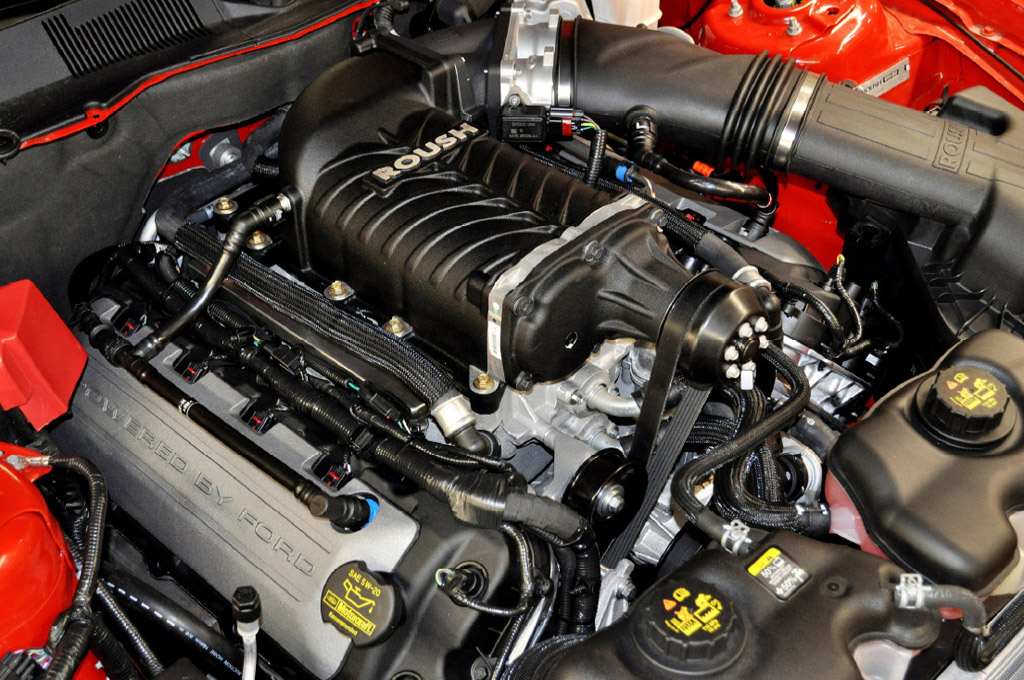 Specialist Ford tuner Roush has released a new supercharger package for the latest 5.0 V-8 engine found in cars like the 2011 Ford Mustang GT. Already potent in stock form, the addition of the new supercharger kit, dubbed the 5.0L ROUSHcharger, boosts output to 550 horsepower and 470 pound-feet of torque.

Based on the popular TVS2300 ROUSHcharger, the 5.0L ROUSHcharger kit comes with a 90 mm pulley and generates an estimated 7.0 psi of boost. Included in the kit are 47 pound fuel injectors, high-flow fuel rails, a high-flow Roush air lid, and a twin 60 mm throttle body.

This 5.0-liter ROUSHcharger package (part number 421140 in the Roush catalog) has a suggested retail price of $5,999 and is available for shipment now. A 90 day parts warranty is included, but this does not come with any calibration and you can say goodbye to that Ford factory engine warranty.

Incidentally, Ford Racing has released its own supercharger kits for the new 5.0 V-8, with prices starting at $6,499.