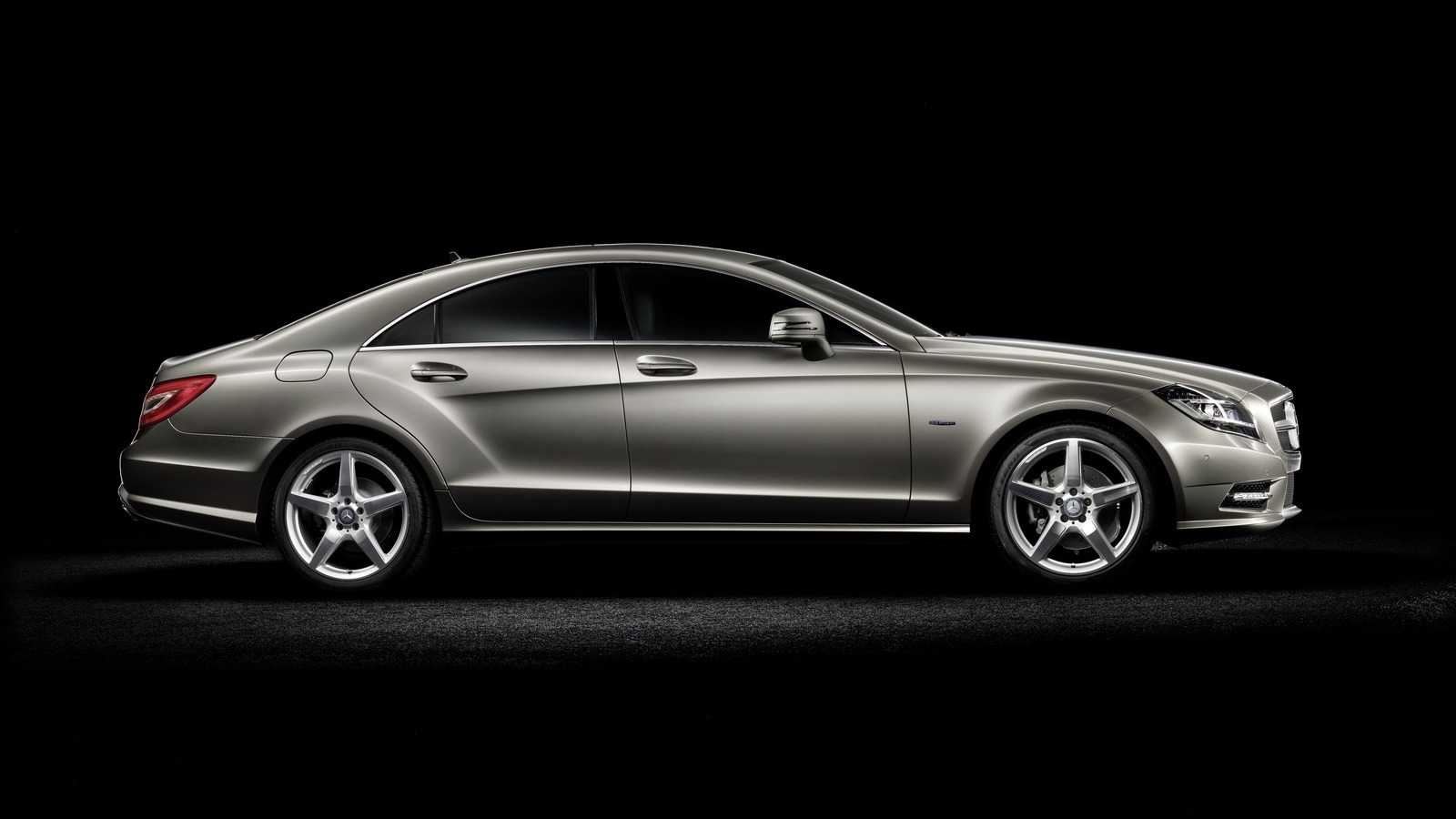 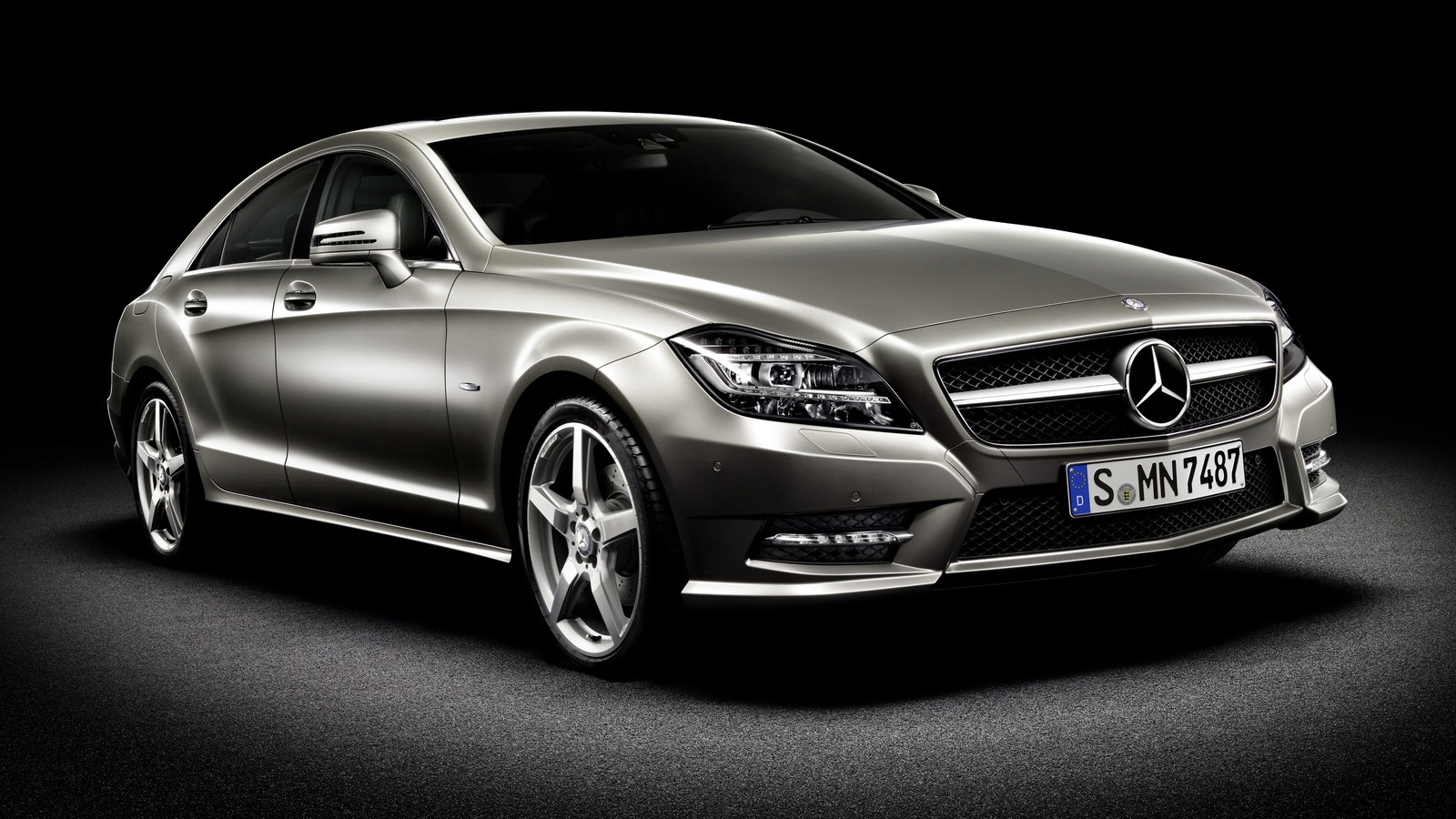 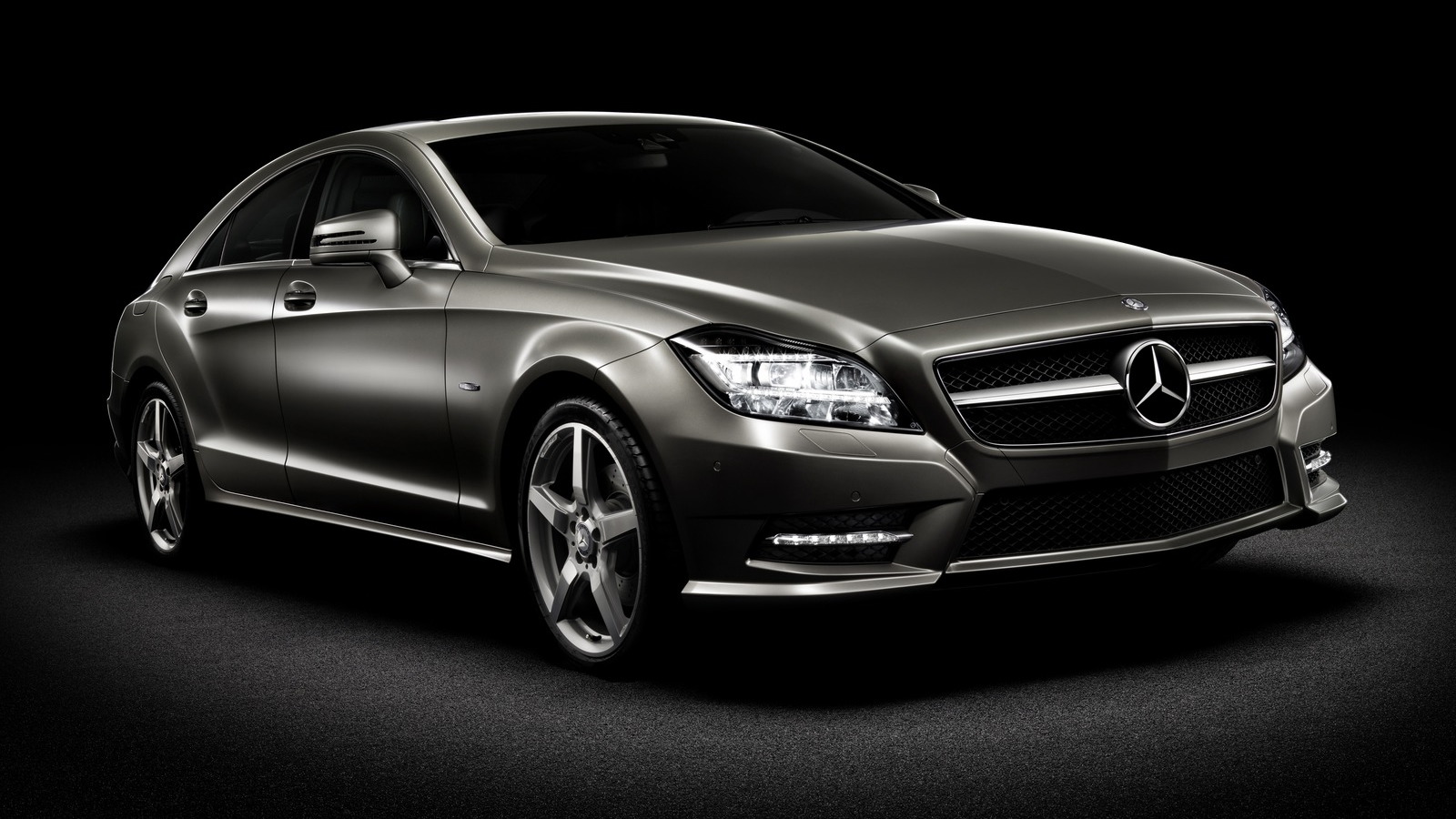 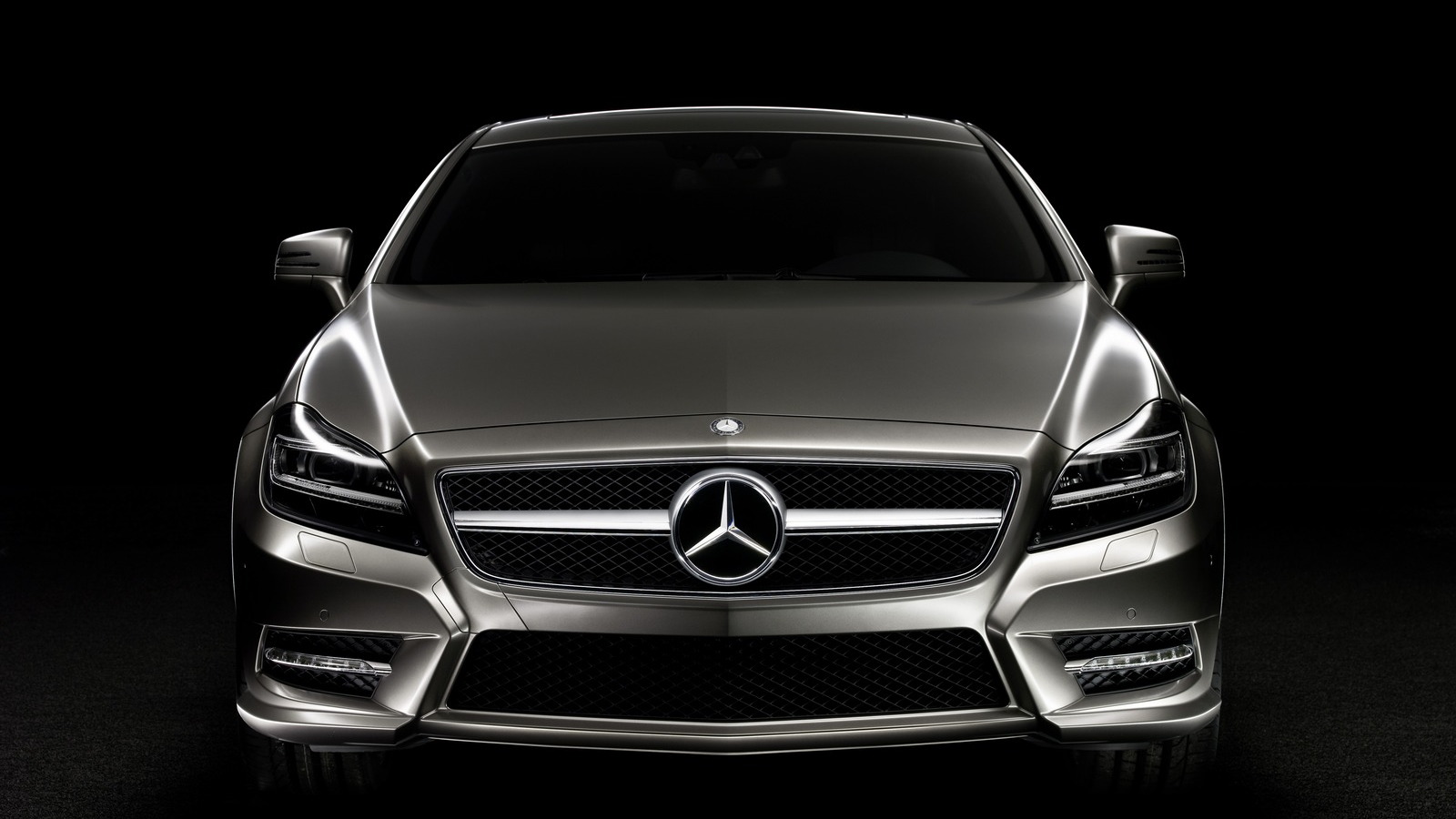 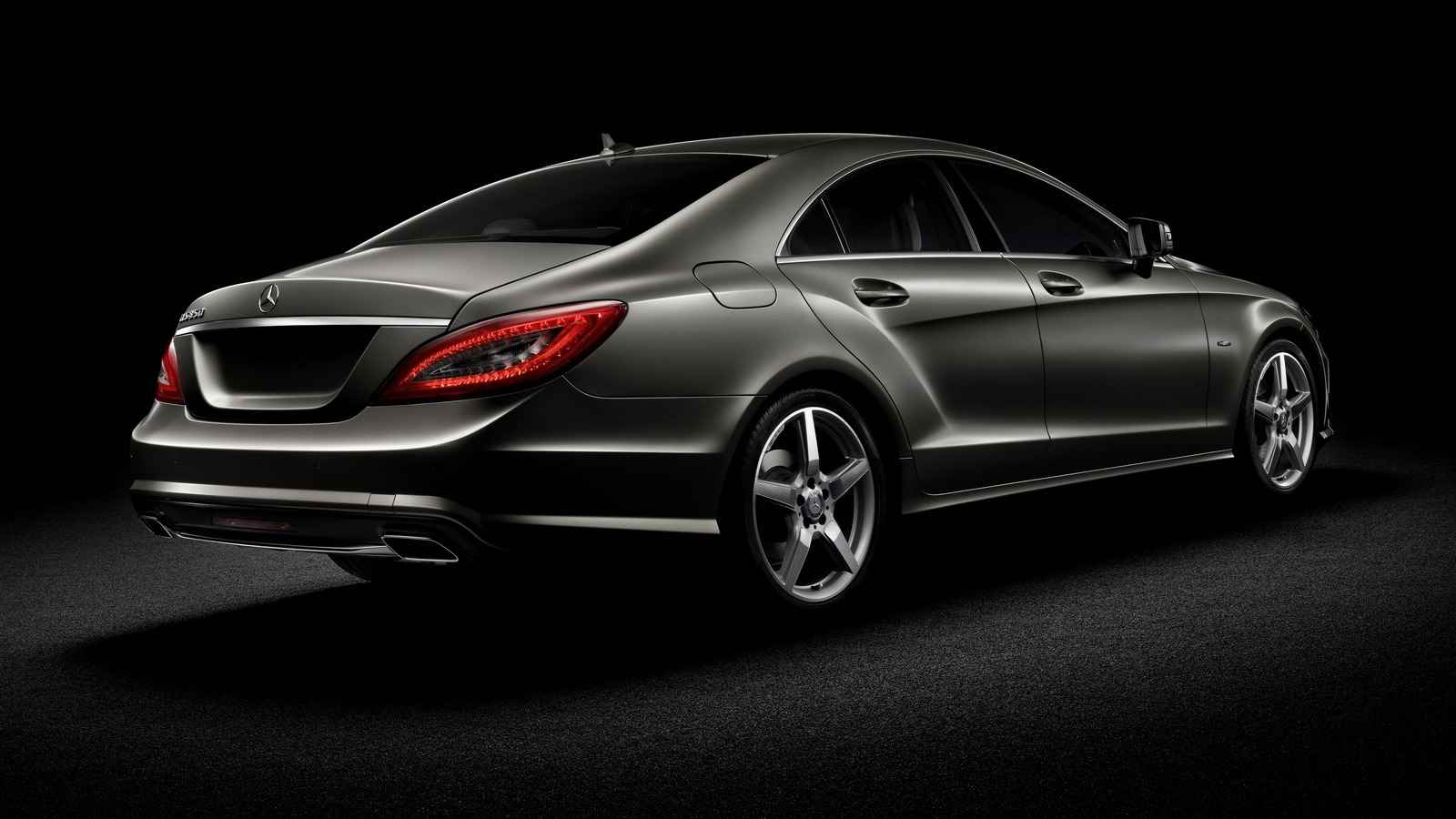 Its official world premiere won't come until the 2010 Paris Auto Show, but we have the first official images and details on the upcoming 2012 Mercedes-Benz CLS-Class for you fresh from under its midnight embargo.

Though the timing is certainly inconvenient, the 2012 CLS-Class is anything but. As the first-gen CLS-Class was the groundbreaker in the coupe-sedan segment, the second-gen CLS-Class carries forward its sleek and elegant shape with a fresh face and updated interior.

The new exterior remains instantly recognizable as the CLS profile, but adds some details from the new SLS AMG at the front end, with a separately formed grille, larger air inlets, and no fewer than 71 LEDs in the all-new full-LED headlights. New surface lines along the side and above the rear fender accent the car's shape without changing the outline.

Inside, the 2012 CLS-Class gets a wraparound dashboard, integrated center display, and a range of new materials with satin, high-gloss and metal surfaces throughout. Matte galvanized air vents and an analog clock are also part of the standard kit. Quality wood trim, aniline leather, and optional piano black lacquer or carbon fiber elements are also available.

Powertrain specs and other details are being held back for now, but we expect the 2012 CLS-Class to get the new direct-injected twin turbocharged 4.7-liter V-8 engine to replace the 5.5-liter V-8 of the CLS550 and CSL500. The seven-speed automatic transmission is likely to remain, though Mercedes' 7-speed dual-clutch gearbox could slot into its place.

We'll have the full details and live photos from the floor of the Paris show this September, but until then, enjoy the gallery above, and hit page two for the full press release.

The new CLS - the new design icon from Mercedes-Benz

A generation ahead: The CLS-Class created a new vehicle category in 2003 by combining the elegance and expressiveness of a coupé with the comfort and
functionality of a sedan. The CLS delighted the public, astounded the competition and created a new style icon: for years the CLS has endured as the only four-door coupé in its class, and since October 2004 it has been the car of choice for approximately 170,000 buyers worldwide. "Customers all over the world benefited from our bold move to launch a completely new vehicle concept onto the market", explains a delighted Dr. Joachim Schmidt, member of the board of Mercedes-Benz Cars, Sales & Marketing. "And with its exciting design, the new edition of the CLS also benefits from the fact that we are a whole generation ahead of the competition with our four-door Coupé."

Celebrating its world premiere at the Paris motor show (October 2 – 17, 2010), the 2012 CLS-Class will arrive in U.S. dealerships in mid-2011. The 2012 CLS-Class builds on the pioneering role of its predecessor with a fresh new interpretation. "The new CLS points the way forward for the future perceptible design idiom of Mercedes-Benz", explains Professor Gorden Wagener, head of design at Mercedes-Benz. "At the same time it takes its inspiration from the great tradition of stylish, refined sportiness which has always been a feature of
Mercedes coupés."

The proportions remain as spectacular as ever: long hood, tightly-styled frameless side windows and a dynamic roof sweeping back at an angle towards the rear. The four-door Coupé from Mercedes-Benz immediately made its mark in 2003 as a new style icon. Though the proportions are the same, the second generation of this design trendsetter has a completely new look.

What immediately strikes the eye is the innovative front design, which is reminiscent of the Mercedes-Benz SLS AMG. Visually, the radiator grille is not integrated into the hood but formed separately. This further highlights the long, sporty hood. The grille is dominated by the large central star, which unites the car with other Mercedes-Benz coupés and also enhances brand identity. The large, elongated dark air inlets with black grilles also add to the vehicle's athletic appearance.

Another distinguishing feature comes in the form of the full LED headlamps, which are the world's first to offer all of the dynamic light functions using LED technology. This innovation boasts an impressive design - inside they are divided into three arrow-shaped layers from top to bottom: the upper layer contains an LED indicator, beneath which is a striking LED side light offers LED low beam functions. The side light can also be seen when the high beam is activated, thereby creating a unique night-time design. The lowest level of the headlamp houses the main beam and nightview functions. A total of 71 LED's provide an unmistakable appearance as well as a significantly enhanced view of the road compared with previous systems.

The typical CLS outline, with its elegantly long proportions, is the dominating attribute of the new model. The effect of the dynamic, athletic form has been enhanced with a new interplay of lines and surfaces. A unique “dropping line”, which begins above the front wheel-wells and slopes downward towards the rear, represents a new interpretation of a renowned design hallmark of historic
Mercedes sports cars.

A distinctive and muscular sports car-like shoulder line above the rear axle
highlights the athletic character of the 2012 CLS. The flared wheel arches
resemble the powerful stance of a predator waiting to pounce.

The side profile is rounded off with wide wrap-around tail lights featuring LED technology -- a linking element to the rear of the vehicle. The shape is emphasized by the broad shoulder line, which is clearly visible from behind and supports the flat roof. A wide metal insert adds a further visual highlight at the rear.

The interior of the 2012 CLS-Class is also distinguished by a timeless design which combines discreet elegance with innovative details and handcrafted perfection. The eye-catching cockpit features a wrap-around dashboard sweeping from the driver's door over the instrument panel support and across to the front passenger door. The central display has also been integrated seamlessly into the
upper part of the instrument panel.

The CLS also lives up to its role as a design icon thanks to the innovative nature of the materials used, including a mixture of satin and high-gloss finishes used on the metal surfaces. Highlights also include matte galvanized air vents which
ideally compliment a high-gloss-trimmed analogue clock.

Handcrafted perfection is reflected in details such as the stitched seat covers and dashboard. The individual parts of the leather dashboard are sewn together by hand in a process which takes several hours, after which they are fitted and upholstered with high-quality padding. Prior to this process, the leather is also heated to preshrink it, so that it will retain its shape even after extreme exposure to direct sunlight.

The particularly exclusive 1.6-millimeter thick semi-aniline premium leather meets the highest standards of both look and feel. The natural pore structure
remains intact thanks to a light pigmentation, and the leather has an especially warm and soft feel to it. Premium leather requires a very precise manual
selection process and therefore a high amount of untreated leather.

The refined interior of the CLS is further reflected in the generous use of high-quality trim elements, located on the instrument panels, center console and door linings. Customers can choose between high-gloss brown burl walnut or
high-gloss black ash. The wood has been perfectly fitted around difficult contours for a masterful handcrafted finish, and the wood trim has been matched
according to grain as part of a sophisticated selection process to create a consistent overall impression.

For an even more progressive look, black piano lacquer or carbon fiber trim
elements are also available. Handcrafted as well, up to seven layers are applied and polished for the piano lacquer trim until the high-gloss finish is achieved.