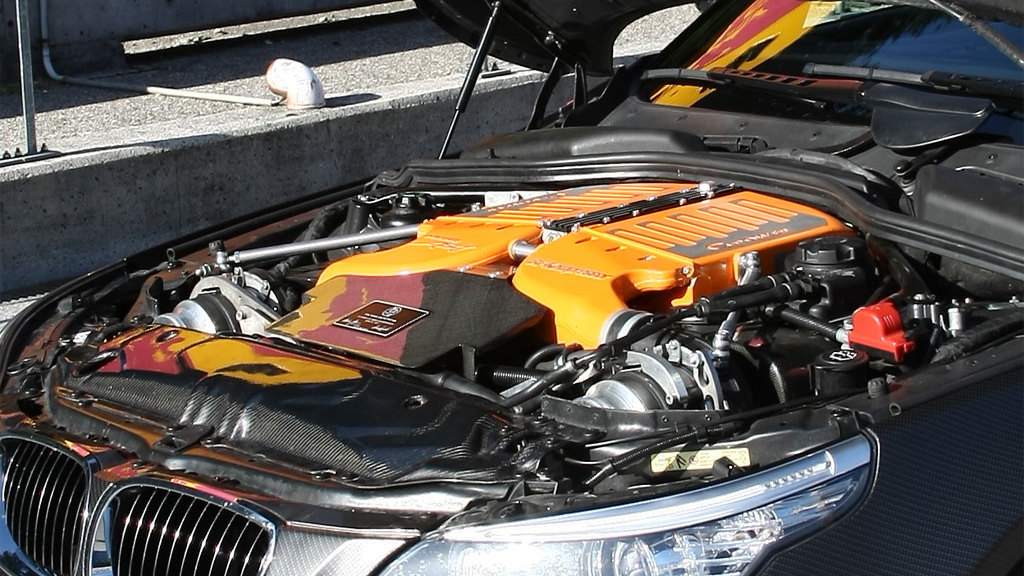 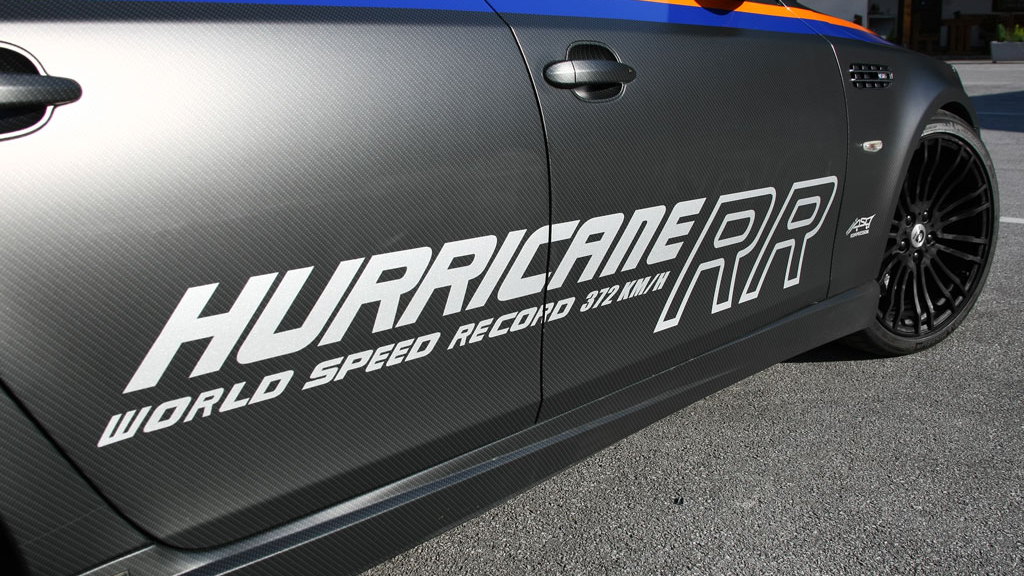 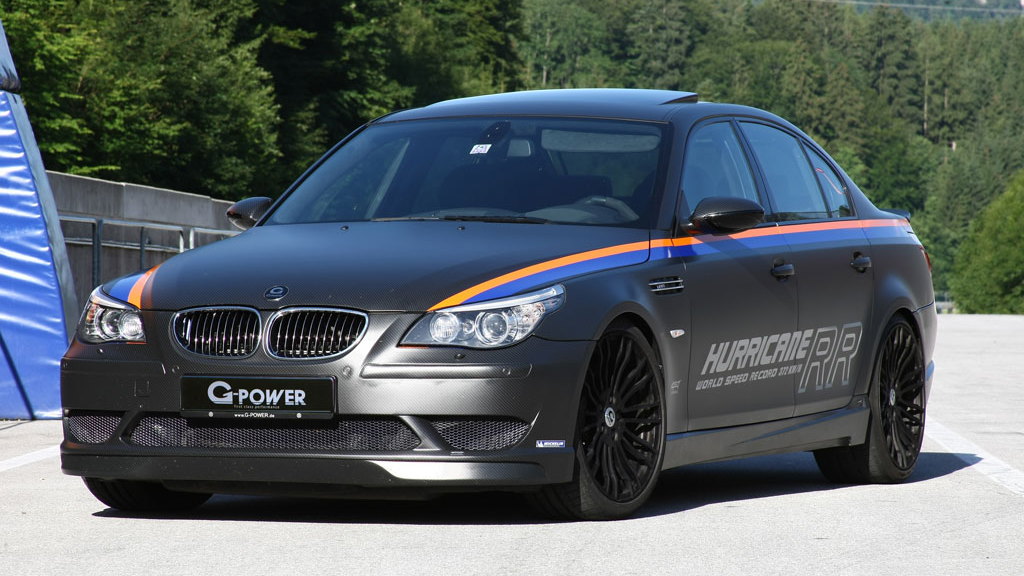 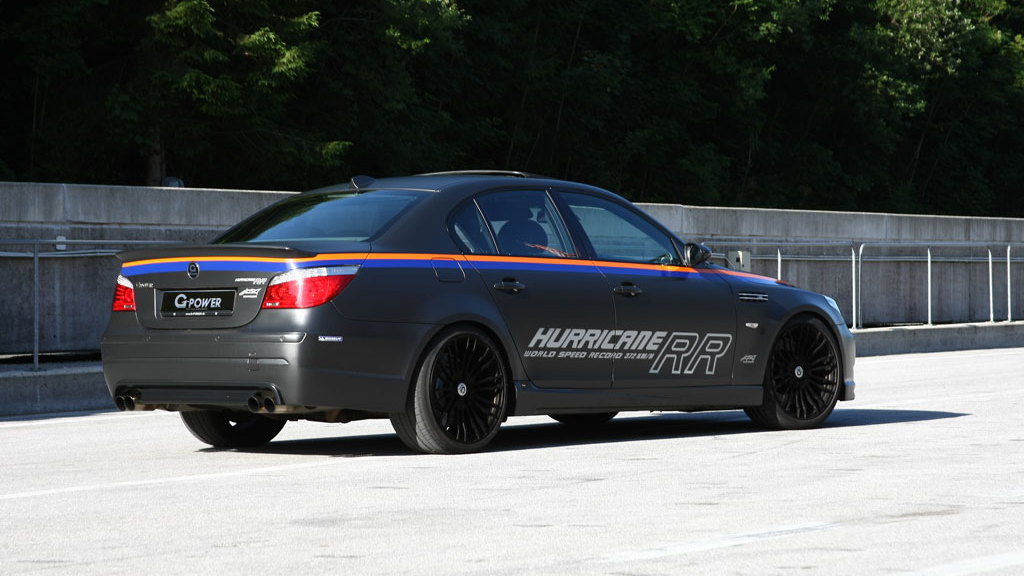 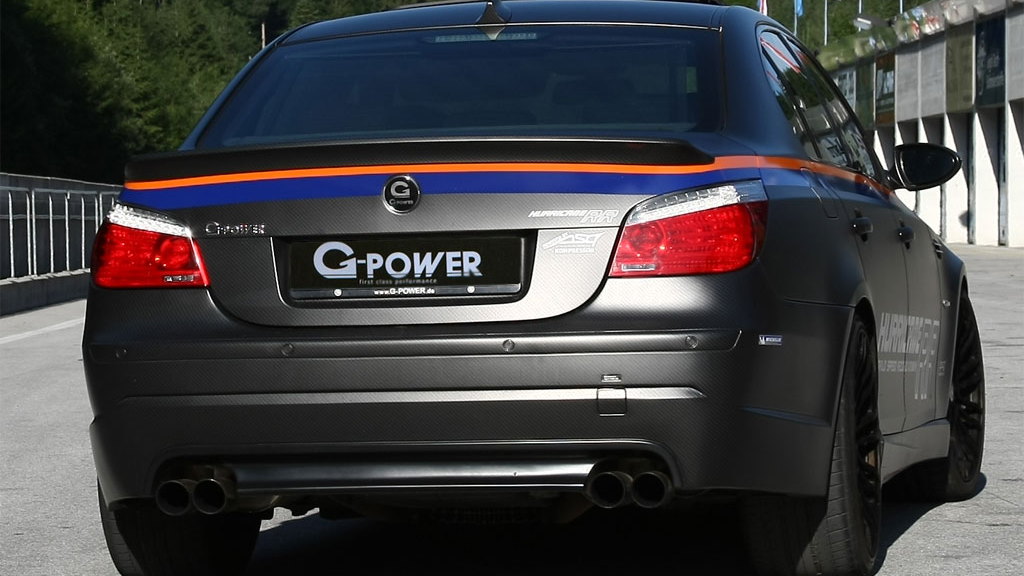 The G-Power name has become synonymous with extreme BMWs and the company’s latest Hurricane RR based on the M5 sedan fits in perfectly with that description. After G-Power’s own M6-based Hurricane CS broke the record for the fastest BMW two-door on the planet with a top speed of 228 mph, the German tuner decided to shoehorn the same record-breaking powerplant into the BMW M5. The end result is the all-new G-Power M5 Hurricane RR.

Following on the G-Power Hurricane RS powered by a twin-supercharger engine with 750 horsepower, the crazy German tuner has dialed output up to 800 horsepower and 590 pound-feet of torque, and in doing so has pushed the Hurricane RR to a new top speed of 231 mph. This makes it--unofficially--the world's fastest sedan. Other performance numbers include a 4.35 second time for the 0-62 mph sprint and 9.5 seconds for it to reach 124 mph.

To achieve this extreme performance, the custom twin supercharger system fitted to the high-revving V-10 of the BMW M5 has been redesigned. The two superchargers are both driven by a belt and provide each cylinder bank with supercharged air. This allows more space for the supercharged air by up to 25 percent. The air volume being transported by these modified superchargers is able to generate a theoretical power output of more than 900 horsepower.

The inner workings of the ten-cylinder four-valve engine are also optimized with forged pistons from Mahle that reduce compression. They have been precisely matched for weight and are much stronger than their production counterparts. The production piston rods and pins also had to make way for special components that can handle the much higher forces.

Pricing for the basic power upgrades starts at approximately $72,000, about what you’d pay for a very slightly used M5.