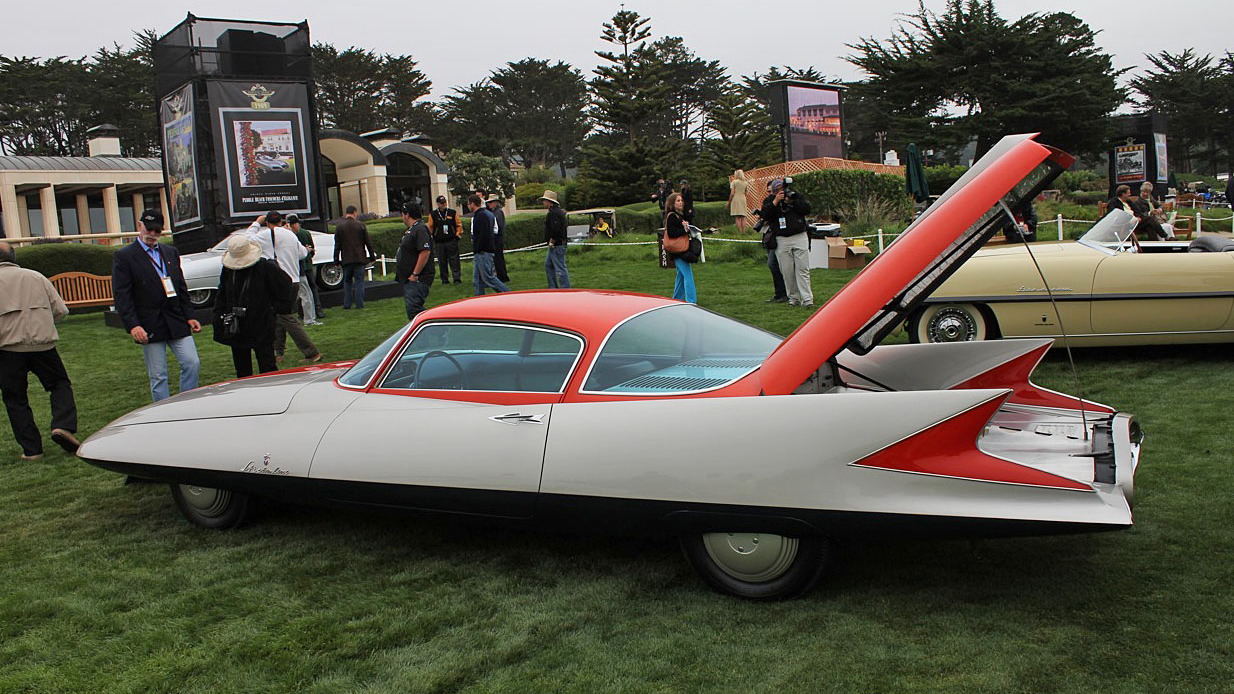 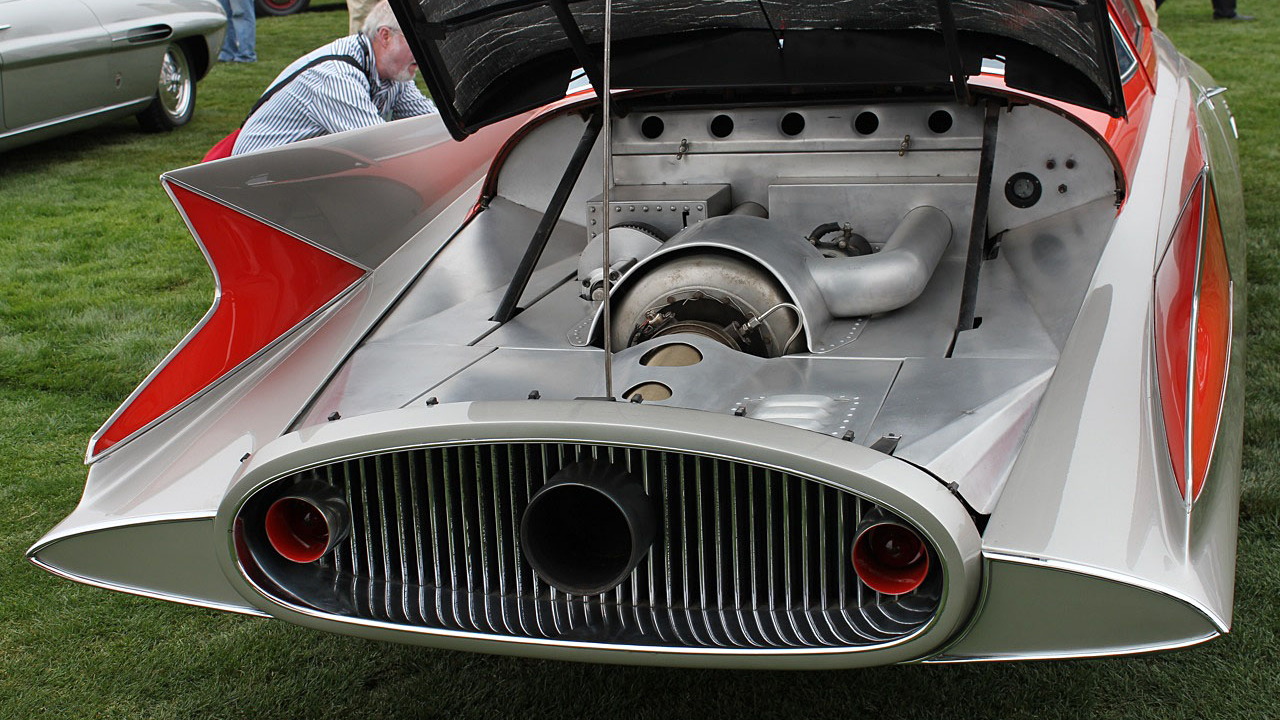 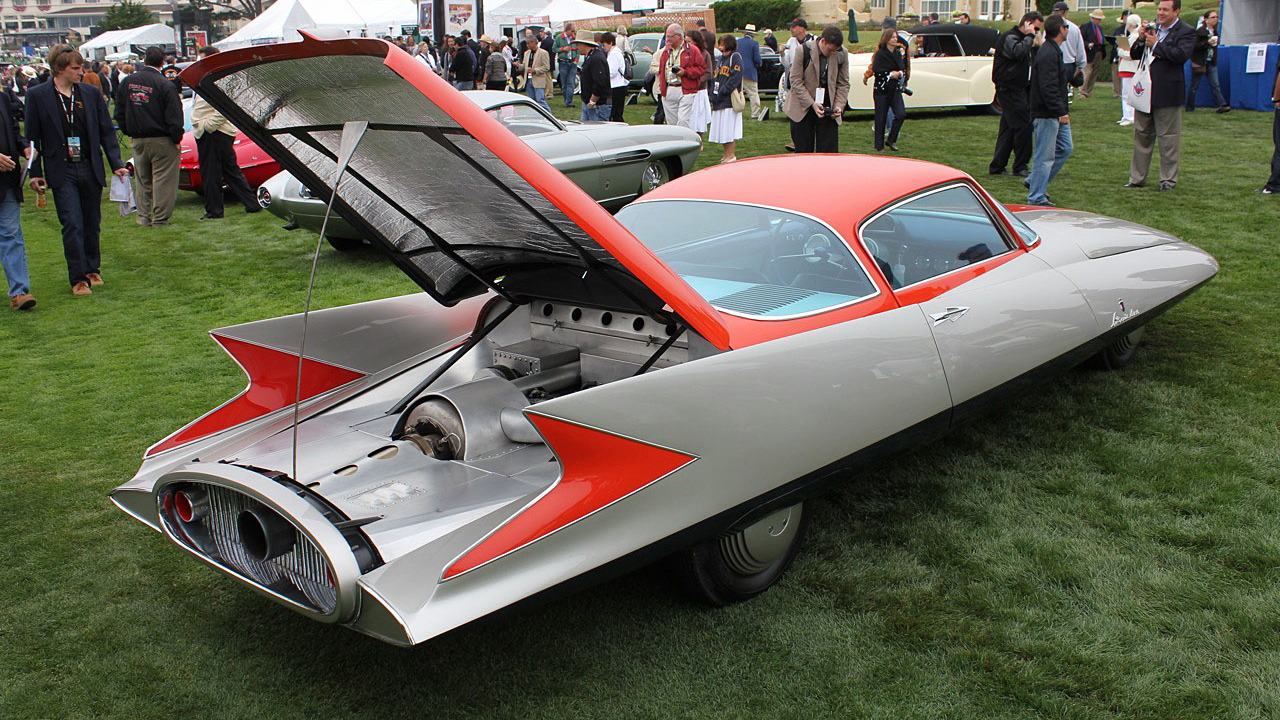 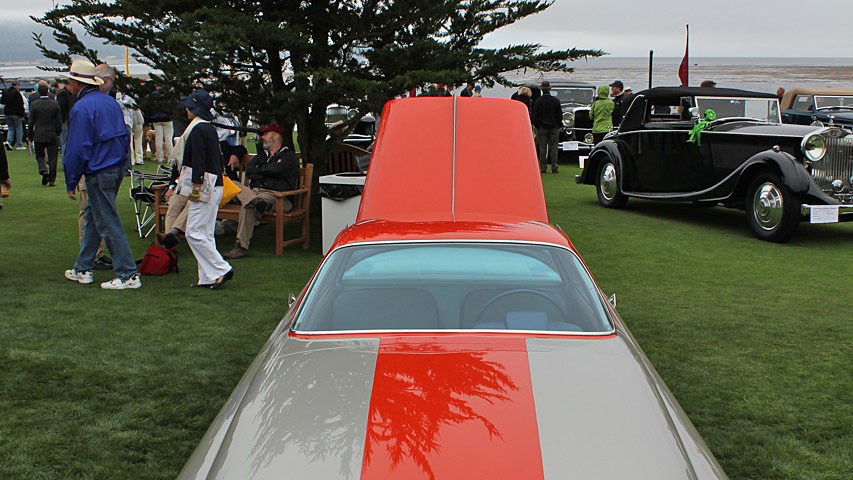 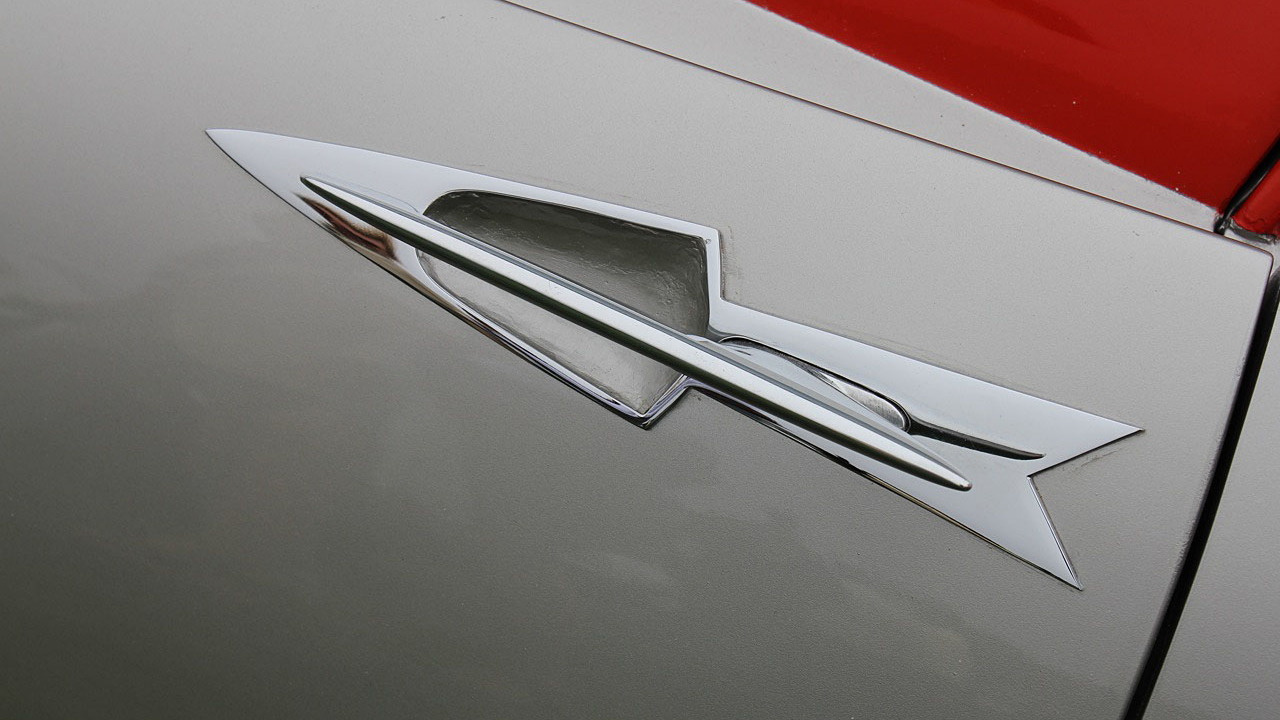 Design studios rarely receive the kind of comprehensive museum treatment of established car brands. It's no easy thing to assemble a cohesive group of cars that eventually were sold by different car companies, each with a different purpose in mind.

As one of the honored marques at this year's 2010 Pebble Beach Concours d'Elegance, the coachwork and design house of Ghia finally got its due with a dazzling display of concepts built for makes as wide-ranging as Plymouth, Ford and Ferrari.

Above, the 1955 Ghia Streamline X "Gilda" 2 Door Fastback Coupe made its futuristic statement once again--and dramatically, against a backdrop of classic touring cars from Pierce-Arrow, Packard and Mercedes-Benz. The "Gilda" was nicknamed after actress Rita Hayworth, for its arresting, svelte shape. The details are pure 1950s fantasy, especially the arrow-shaped door handles. The powertrain? The Gilda had held a four-cylinder engine, but nowadays it sports the turbine engine designers had envisioned. It's owned by Scott Grundfor and Kathleen Redmond of Arroyo Grande, California.

This 1956 Ferrari 410 Superamerica Ghia Berlinetta was the styling studio's last Ferrari effort, bowing a year after the 410 was introduced at the 1955 Paris auto show. A 5.0-liter V-12 sits underhood. Current owner Robert M. Lee of Sparks, Nevada, purchased the car in 1991.

One of a trio of Chrysler-Ghia concepts, the rather subdued 1952 Chrysler SWB Ghia Prototype Coupe was shown at the 1953 Paris auto show, and is fashioned on a shortened New Yorker chassis. It sports a "Firepower" Hemi V-8. Virgil Exner worked with Ghia on the elegant coupe with some intention of it reaching production, but it never did. It's owned by Michael Schudroff of Greenwich, Connecticut.

This handsome 1954 Dodge Firearrow II Ghia Roadster had been mocked up by Exner for a 1953 concept car, and was rebodied into this version a year later. Designed with production intent, the concept was sold to a private owner, Eugene Casaroll, who later sold it as the Dual-Ghia. Don Williams of Danville, California, owns the car today.

This sparkling green 1954 Plymouth Explorer Ghia Coupe rolls on a 114-inch wheelbase, with a 110-horsepower six-cylinder and a Hy-Drive transmission as its powertrain. It was a part of a series of "dream cars" commissioned by Chrysler's Exner to create excitement for the automaker's brands. This one is part of the Petersen Automotive Museum collection in Los Angeles.