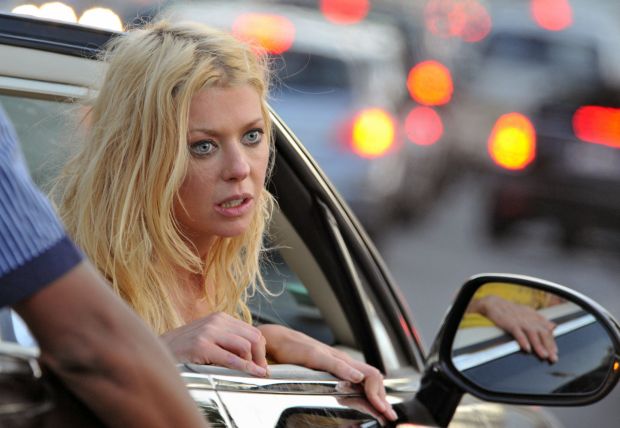 Remember that face? It's Tara Reid, the Neve Campbell of her generation. Ah, memories.

We haven't heard much from Tara lately, apart from occasional tidbits about her ongoing plastic surgery troubles and certain photos unfit for family-friendly websites like this one (but which can easily be uncovered by Googling "Tara Reid red carpet").  IMDB swears she's been working, but somehow we've missed her latest films. How could we have overlooked something called Senior Skip Day -- also starring Larry Miller in the role of "Mr. Frankfurt Dickwalder". We'll wait for the Criterion edition.

Anyway, apparently la Reid is still internetfamous enough to get someone to pay for her nonstop party of a life. Which explains how she wound up swilling champers on a yacht in St. Tropez and subsequently found herself in the passenger's seat of a Bentley Continental GT, which subsequently rolled through a red light and was pulled over by a friendly member of the gendarmerie.

Rumor has it that Coco La Crazygirl tried to hand the officer a CD instead of her license. Which means that she was either (a) confused, (b) hammered, or (c) launching a singing career and tried to buy him off with her demo CD. We wouldn't expect anything less.