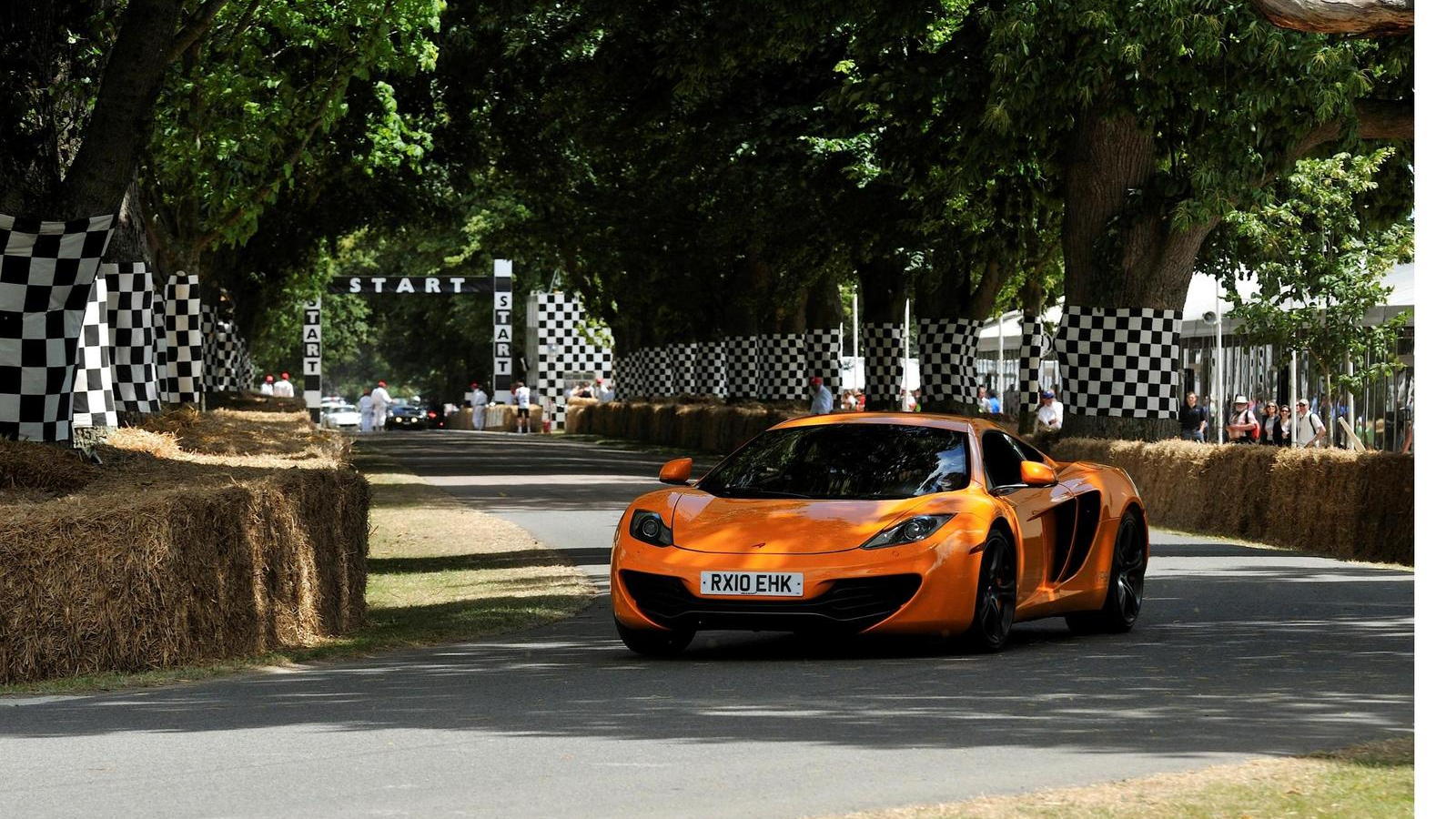 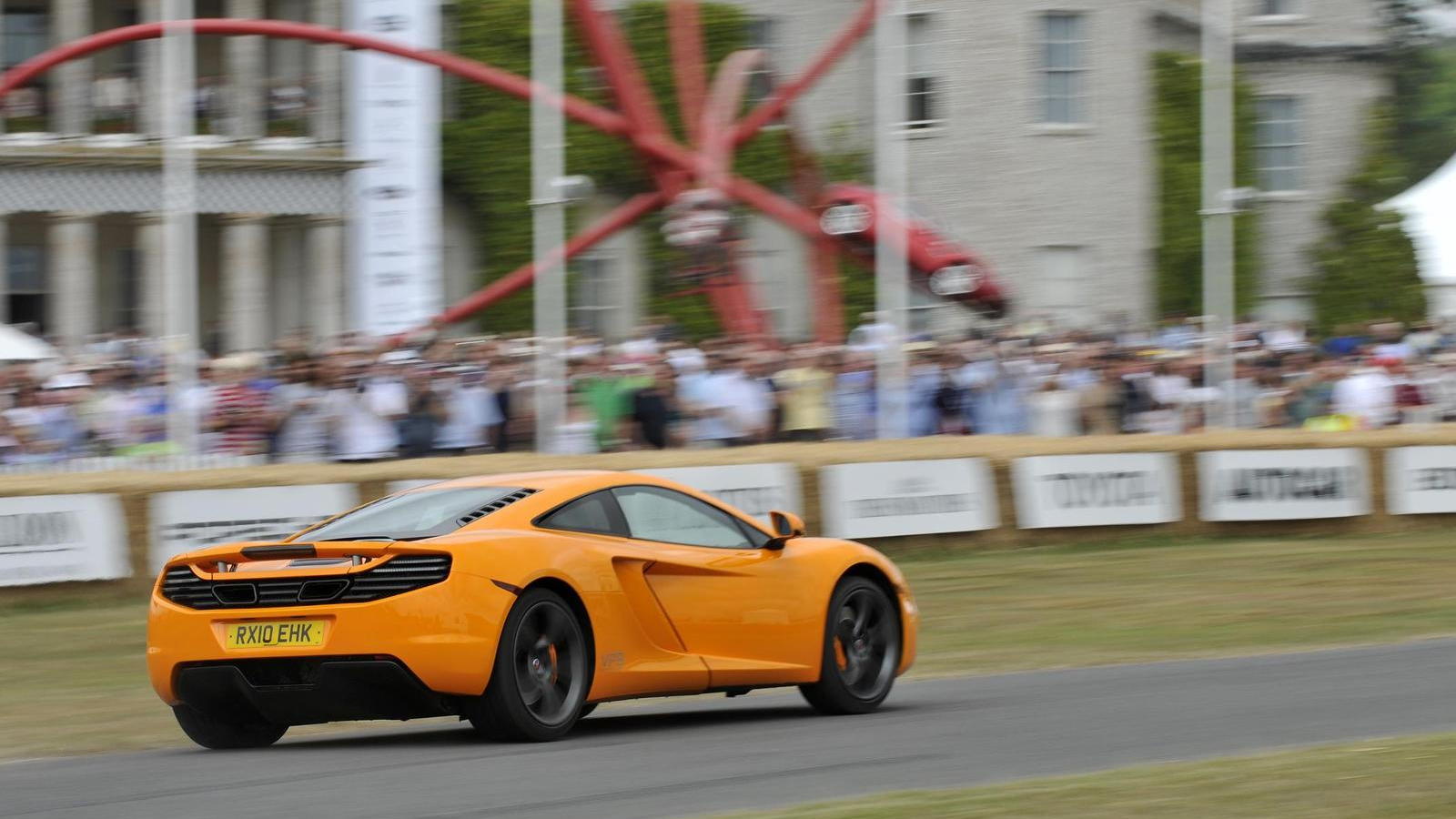 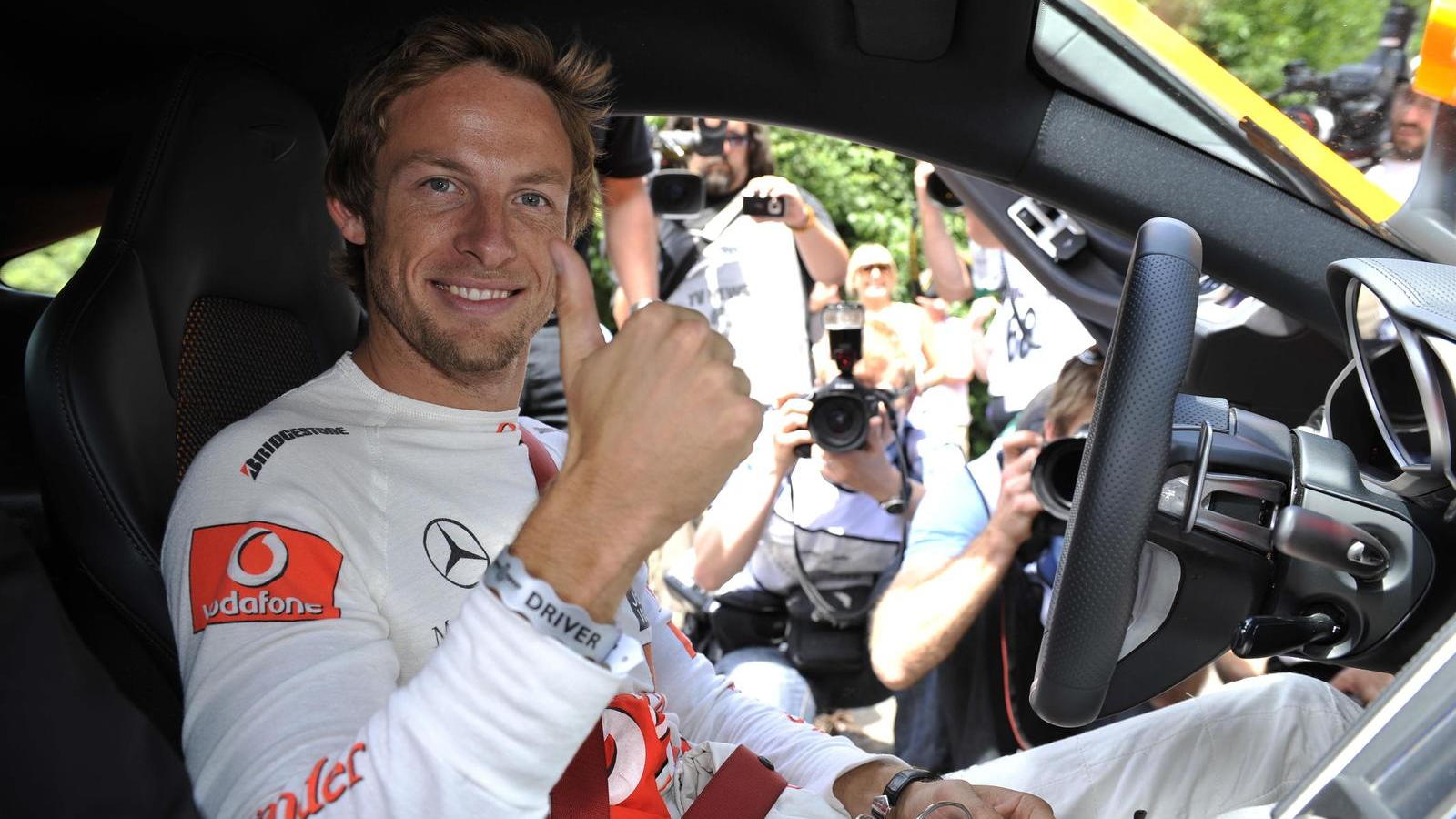 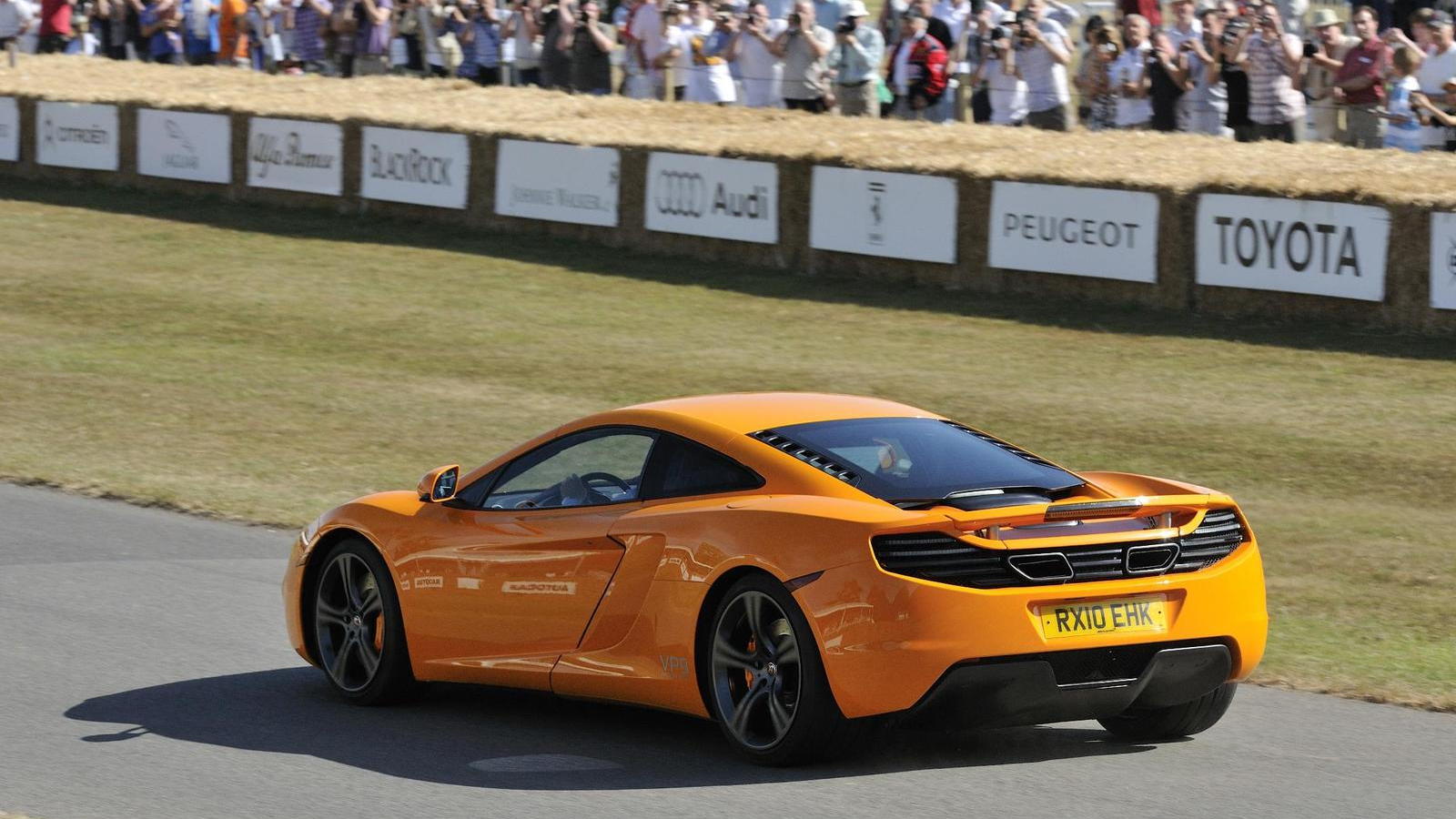 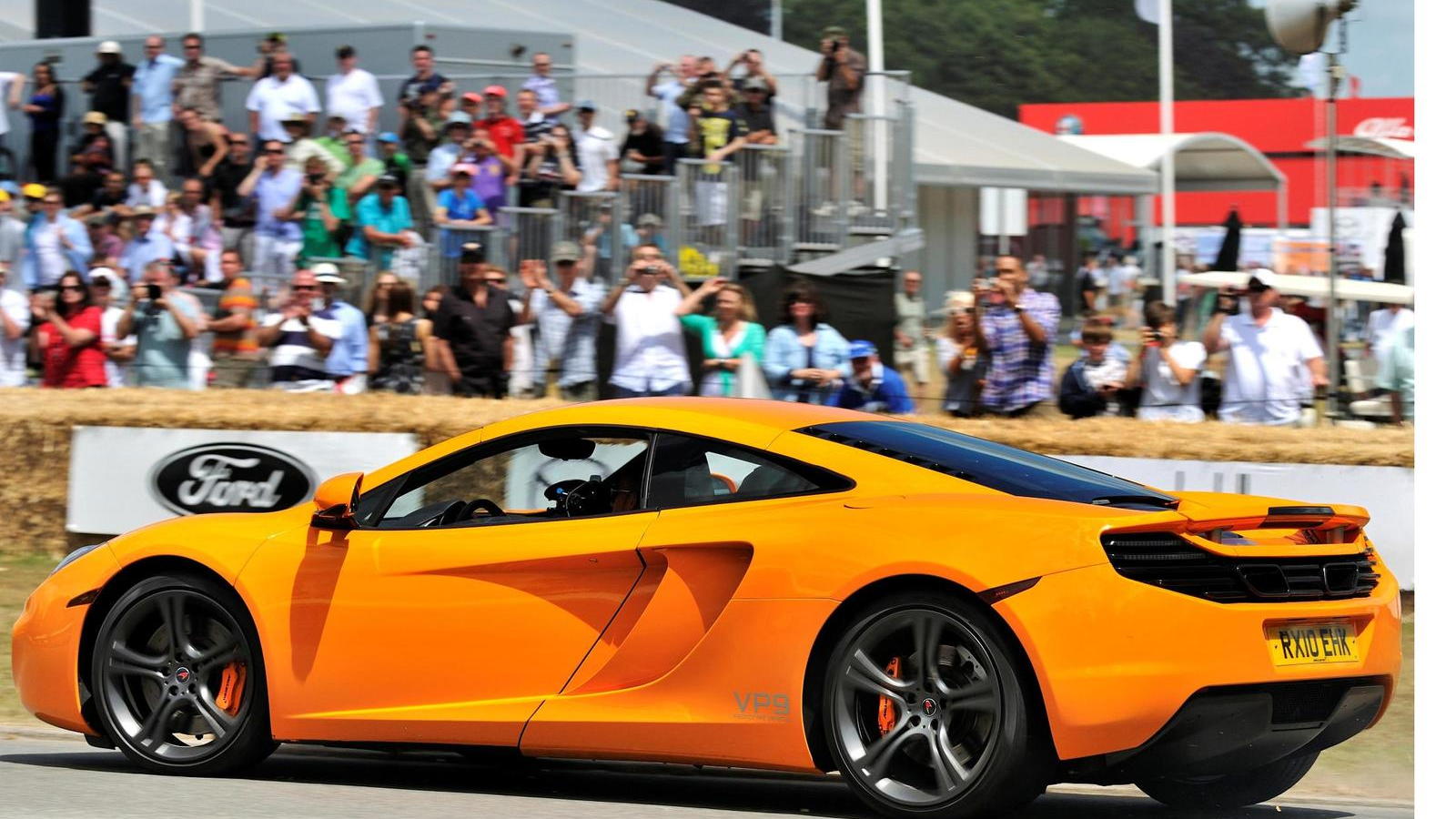 By now we've all seen and gotten intimate with the McLaren MP4-12C, McLaren Automotive's first foray into its reborn production-car business. The car, powered by a 3.8-liter V-8 twin-turbo engine, made its official public debut at the Goodwood Festival of Speed this weekend, and we have the video.

There's nothing new to the car, though McLaren is still calling it a 12C VP, for "validation prototype," however, so we may see minor tweaks and changes to the car before its full-on production debut. What's new is the video of the car in action on the Goodwood Hill Climb, which you can catch below.

In addition to hitting the Hill Climb course, the MP4-12C was also granted the honor of "pole position" for each Supercar Run, in part because of its status as a British supercar, but also in recognition of the drivers behind the wheel: F1 World Champions Jenson Button and Lewis Hamilton.

There's more to come from McLaren, and soon, says managing director Antony Sheriff. "This is just the start for McLaren Automotive. In five year’s time, I expect us to be presenting a full range of innovative and performance-focused sports cars. Sports car enthusiasts all over the world will be able to enjoy McLaren cars up close and personal at events like Goodwood Festival of Speed."