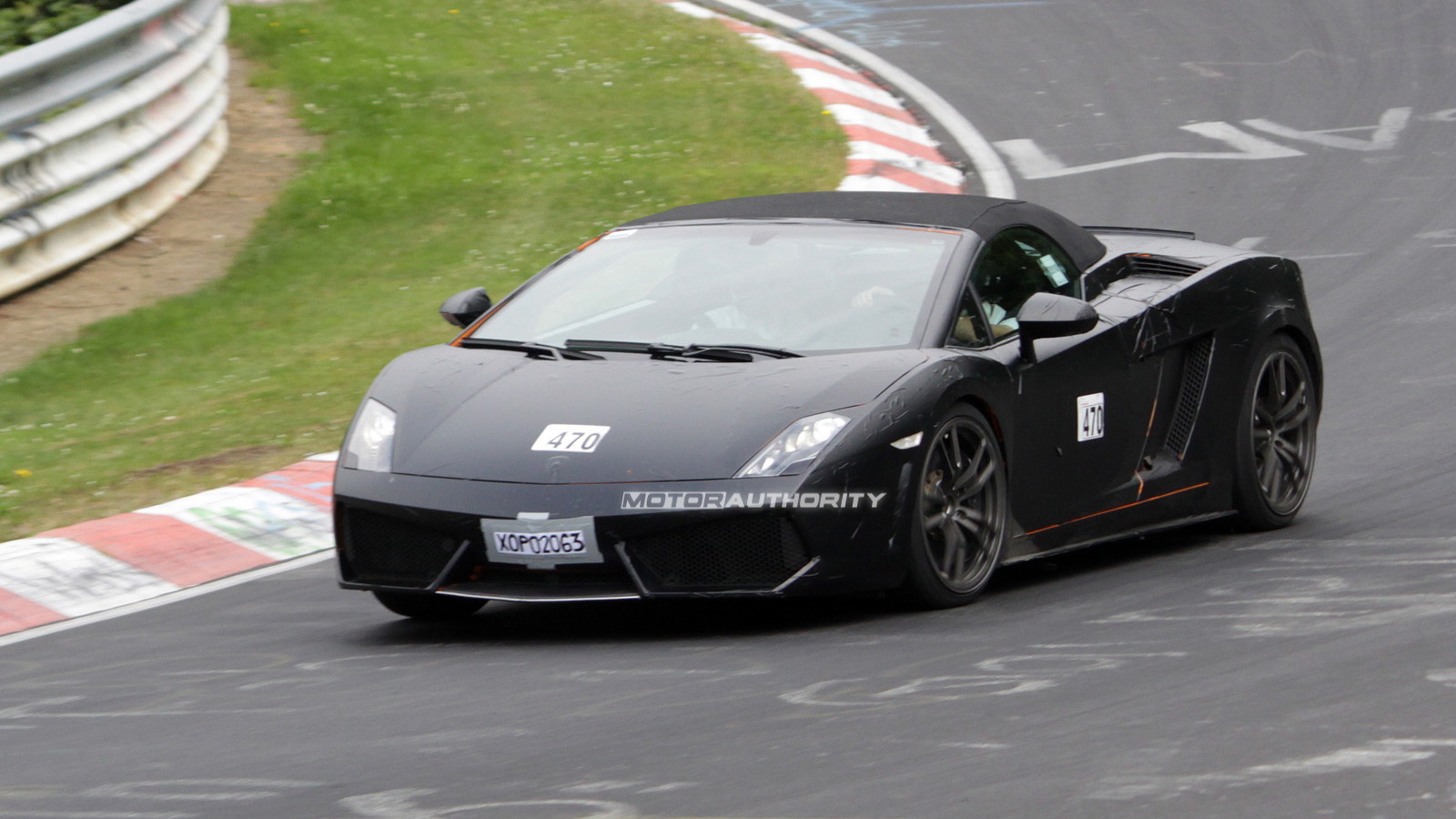 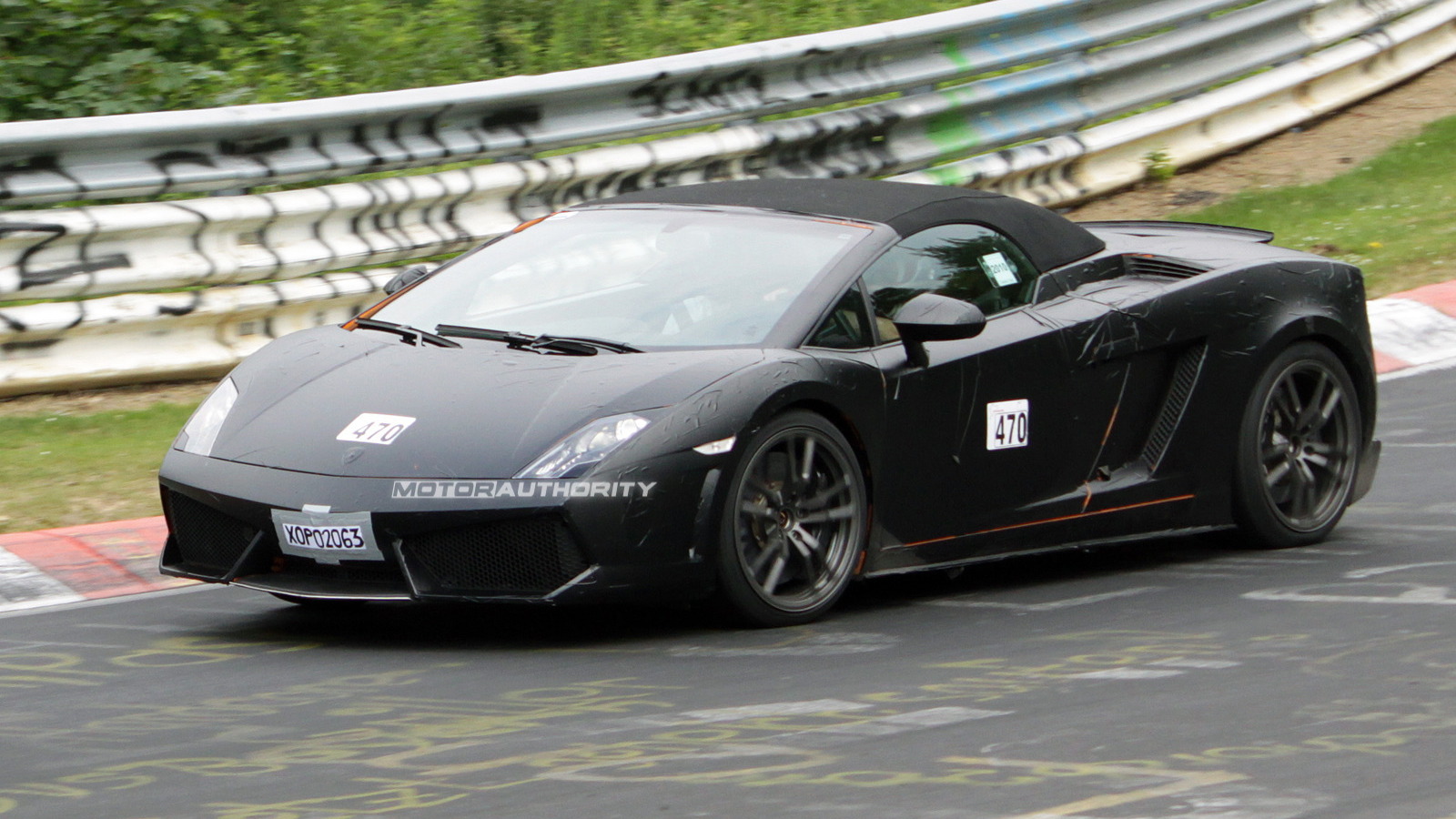 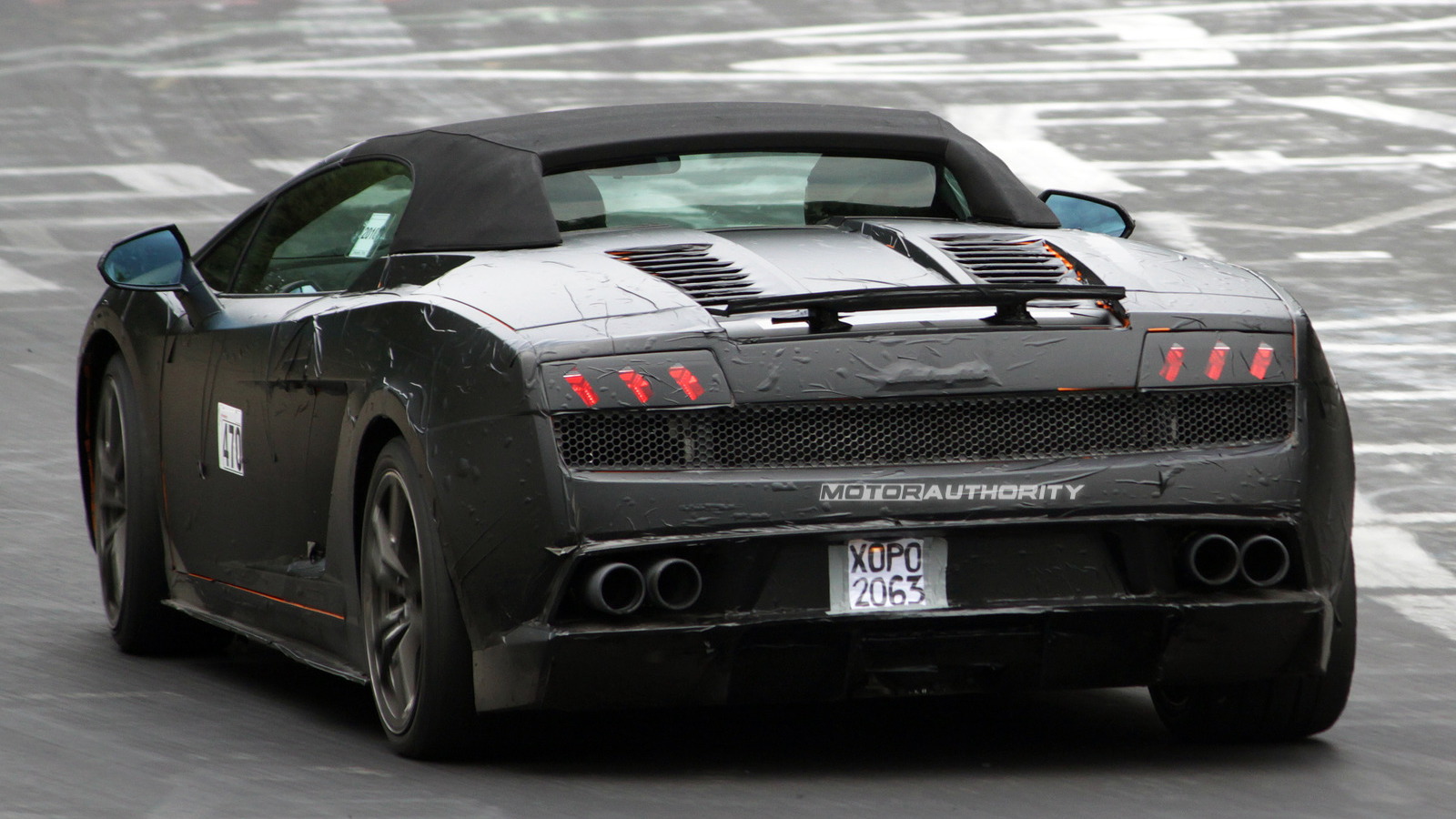 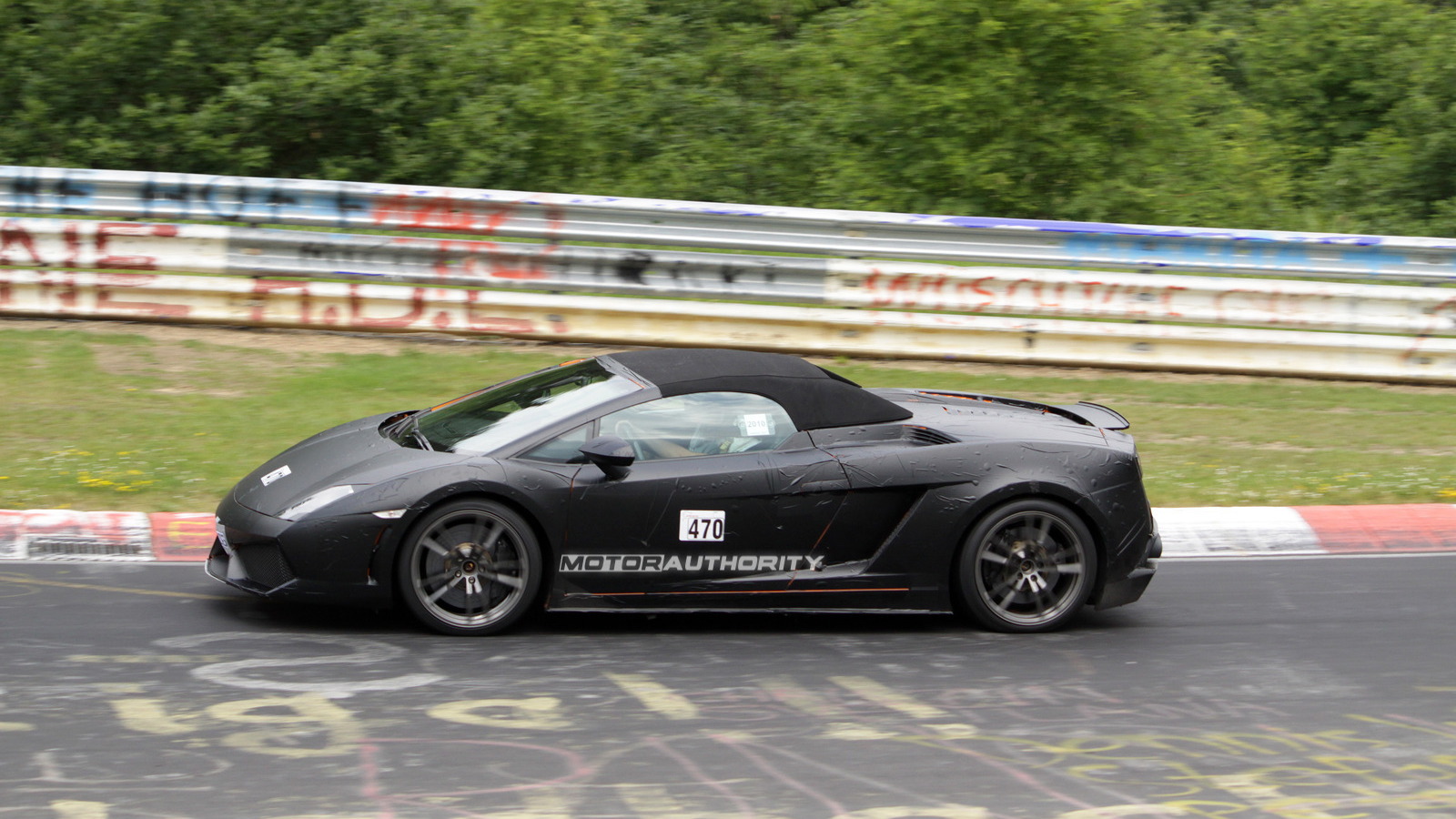 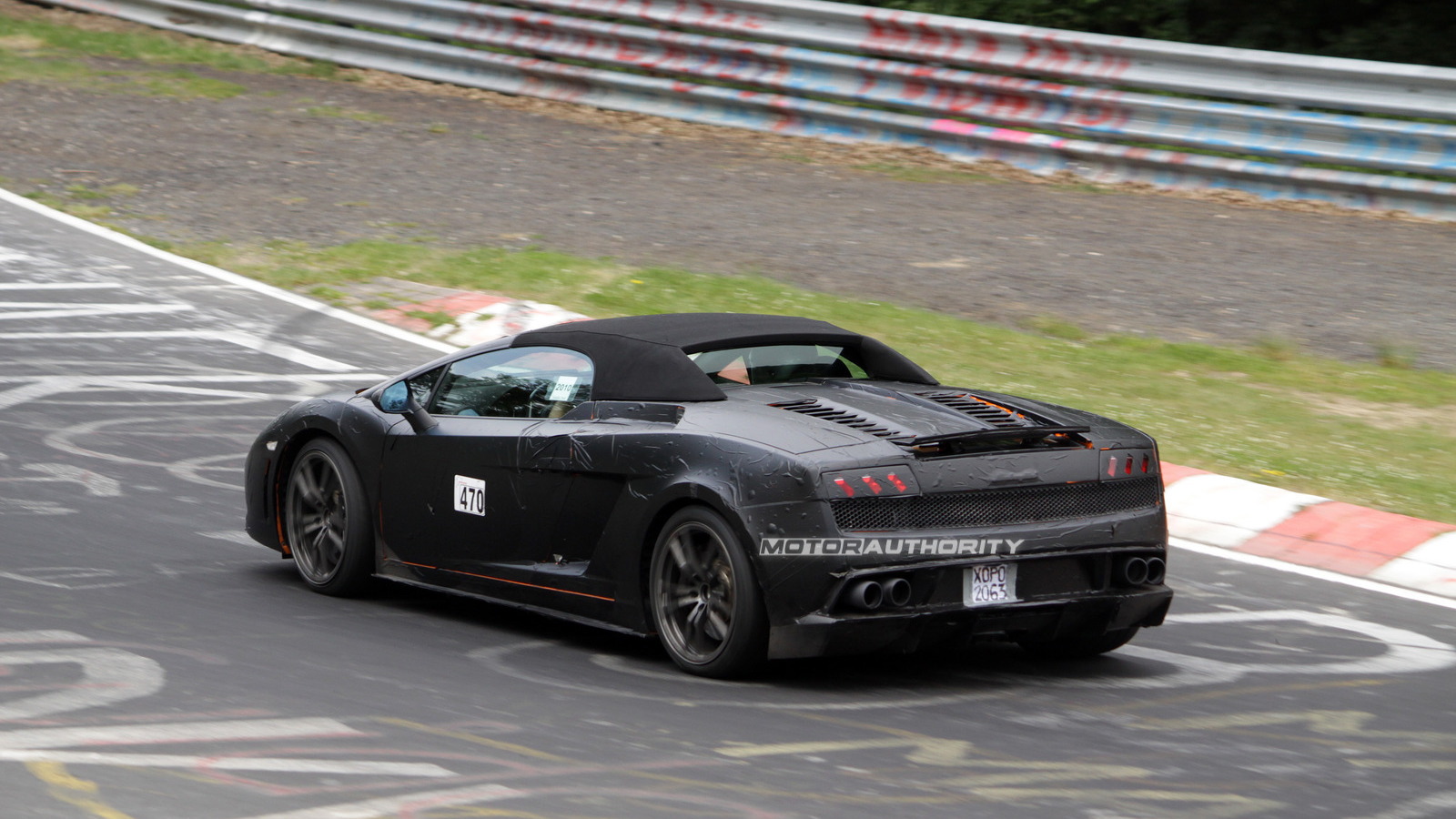 Even our spy photographers aren't sure if this is actually the Gallardo Superleggera in Spyder form, but the indicators seem to point toward it being just that. Some aerodynamic differences specific to the Spyder aside, the car spied testing on the Nurburgring in these photos certainly looks the part of the aggressive Superleggera.

The primary differences you'll notice from the coupe version of the Gallardo LP570-4 Superleggera are the lack of a large rear wing and a smaller front spoiler. The reduction in downforce from these two modifications may mean the Spyder will be a bit less of a performer at high speeds than its open-top configuration alone might explain.

A large rear diffuser and still-larger-than-standard front spoiler make it plain that this isn't the regular Gallardo, however, and according to our photographers, the Spyder was turning some very quick laps at the 'Ring. It ought to--after all, it should be powered by the same 570-horsepower 5.2-liter V-10 engine found in the coupe. Zero to 60 mph times should be close to the Superleggera coupe's 3.4-second mark, though top speed is likely to be down from the coupe's 202 mph speed due to the aerodynamics of the fabric top.

The car could make its debut as early as the Paris Motor Show this fall, though it may wait until a full year after the coupe's unveiling at Geneva if the market doesn't justify the unveiling with more purchasing power soon.