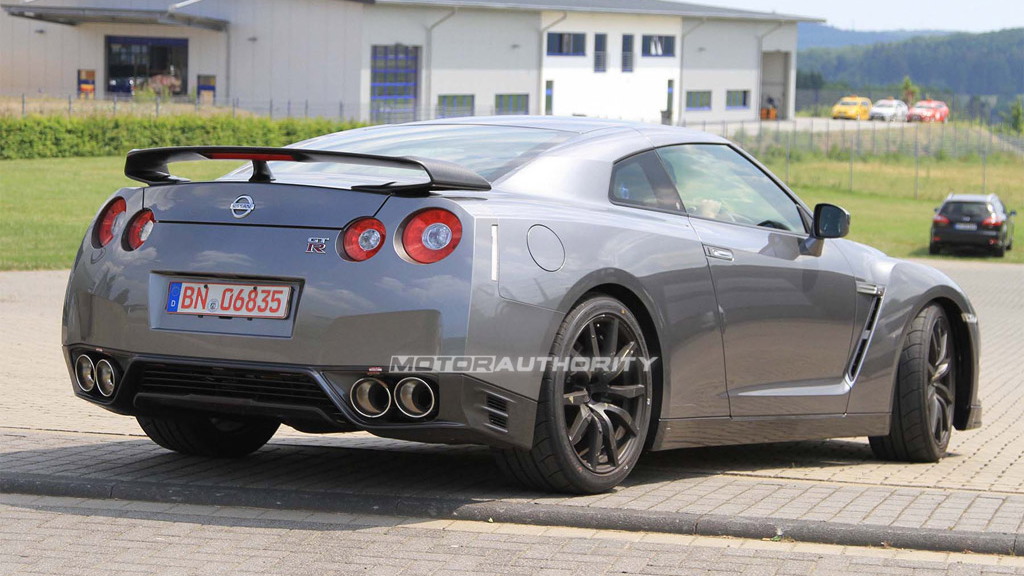 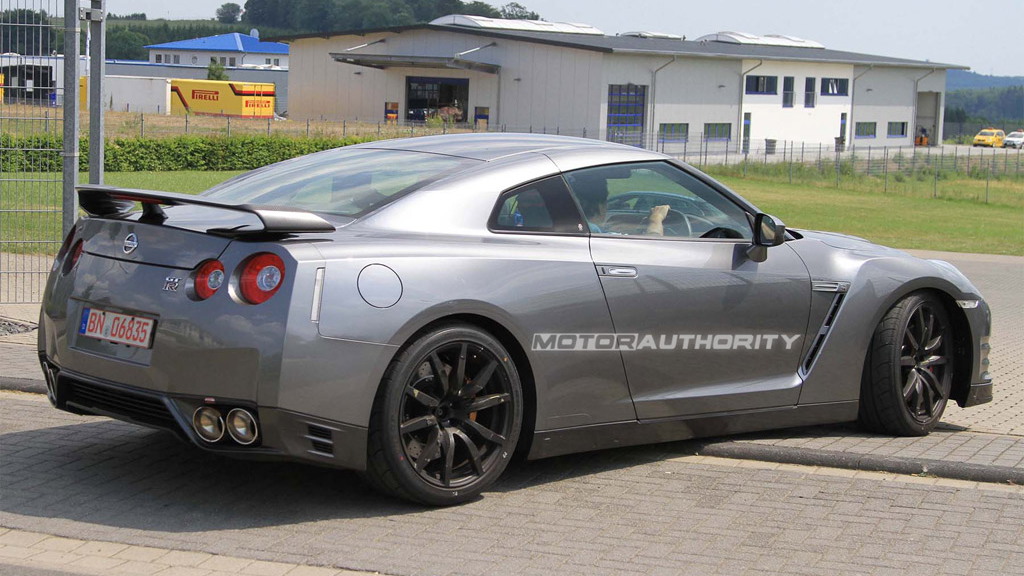 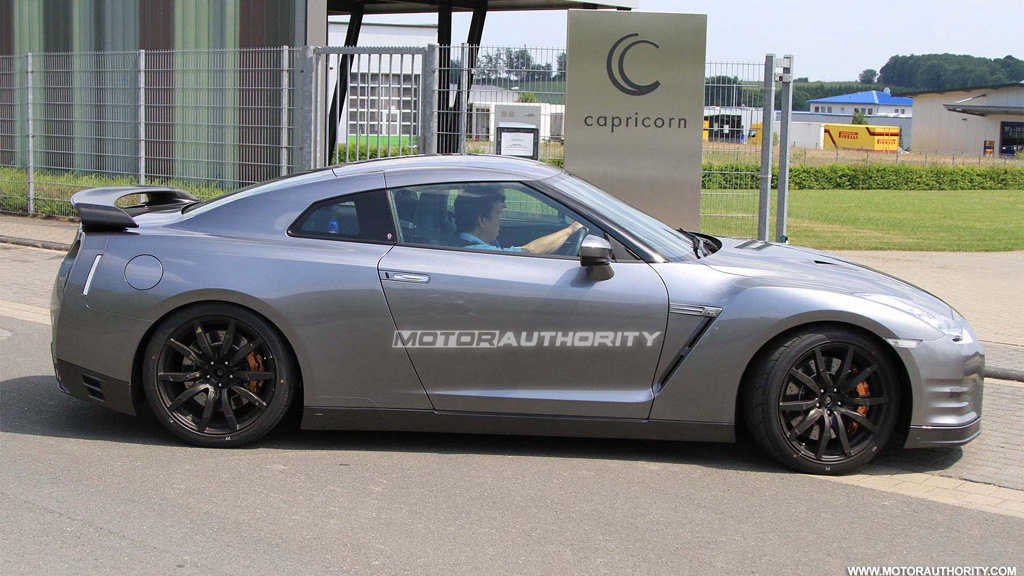 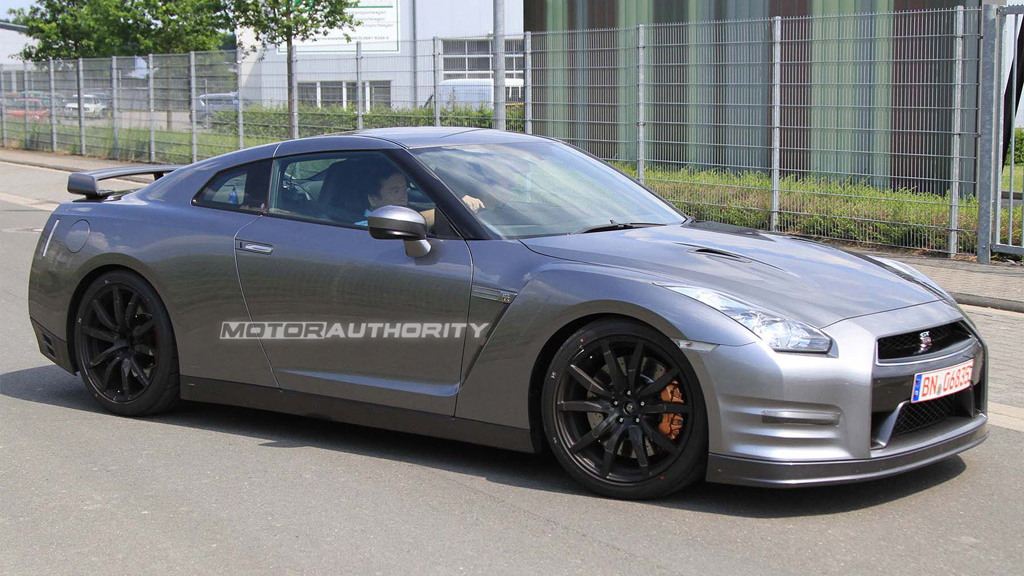 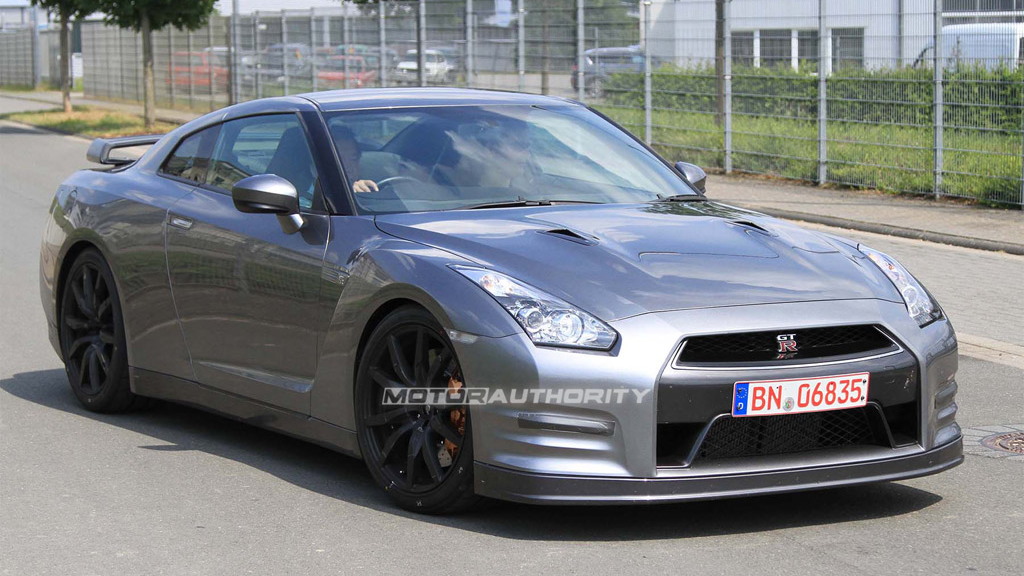 Last year we saw the introduction of the limited-production GT-R SpecV model, a stripped down version of the already extreme Japanese supercar designed for hardcore club racers and performance nuts. As previous GT-R generations have shown, however, Nissan was never going to rest with just one special edition of its halo model and rumors of a more luxury-oriented SpecM have been circulating for months.

These latest spy shots show the easily recognizable supercar testing at the Nurburgring race track in Germany and wearing a set of new bumpers. Air inlets and some strakes can clearly be seen through the thin cladding on the front bumper, while at the rear we can clearly see some similar modifications. There are also appear to be LED elements taped up on the front bumper and side mirror housing.

At first the prototype was thought to be the upcoming SpecM model but recent comments from the GT-R’s chief engineer, Kazutoshi Mizuno, suggest that the launch of the SpecM is more than a year away, most likely in October of next year.

So what could this model testing at the Nurburgring be? Well, chances are it’s the facelifted 2012 Nissan GT-R, which is due to be unveiled this October. Some of the updates pegged for the car include improvements in power, torque and fuel economy, as well as reduced drag and additional downforce.

With the new 2011 Porsche 911 Turbo S developing 530 horsepower and 516 pound-feet of torque, look for a power hike from the GT-R in order to maintain bragging rights. The suspension and brake settings should also be tweaked.

As for the SpecM model due next year, expect to see a revised suspension package, slightly more biased for comfort, in addition to an upgraded interior with new trim options and colors, as well as unique seats and special items. The SpecM will be all about customization and as such almost every car will be different.