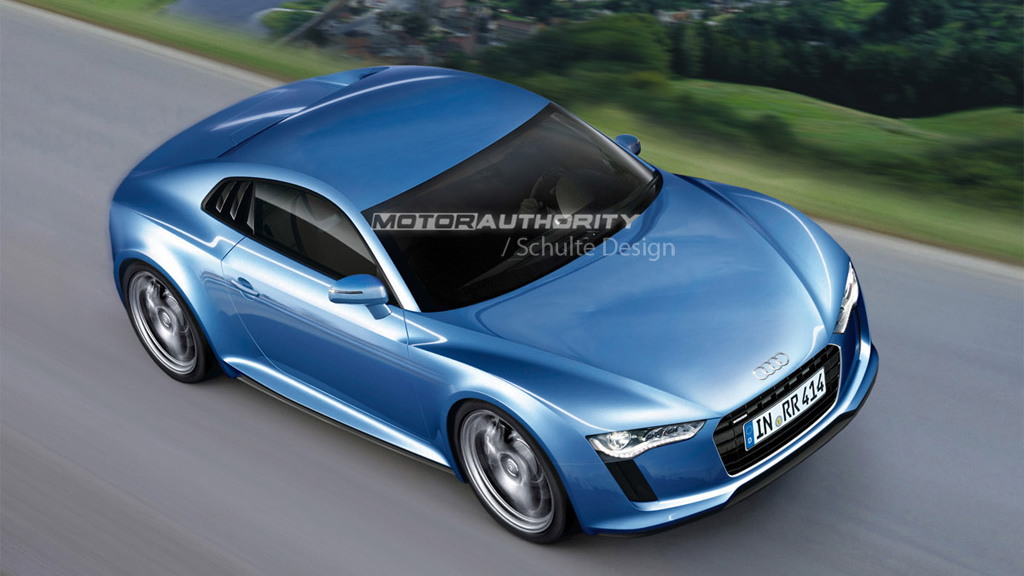 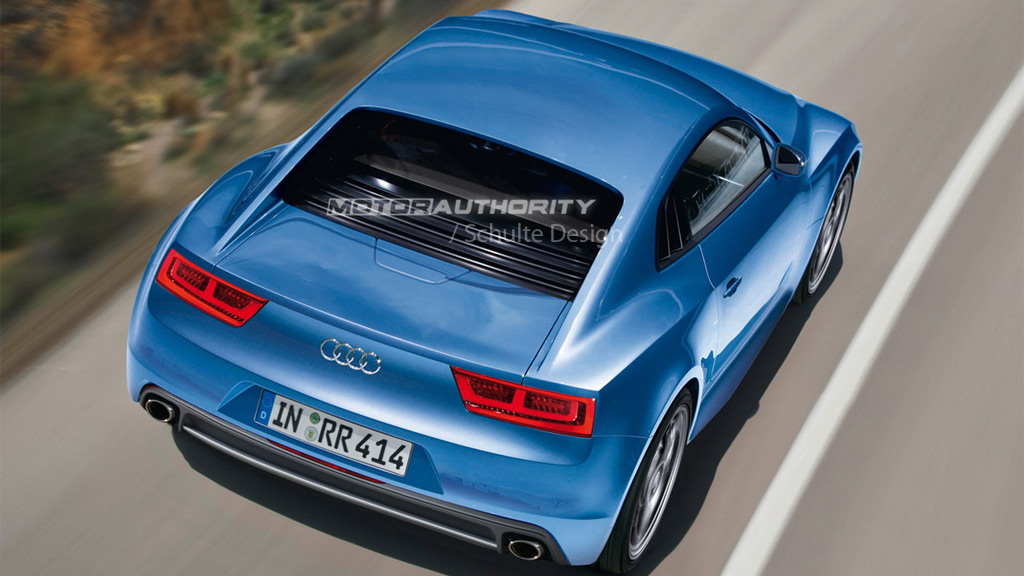 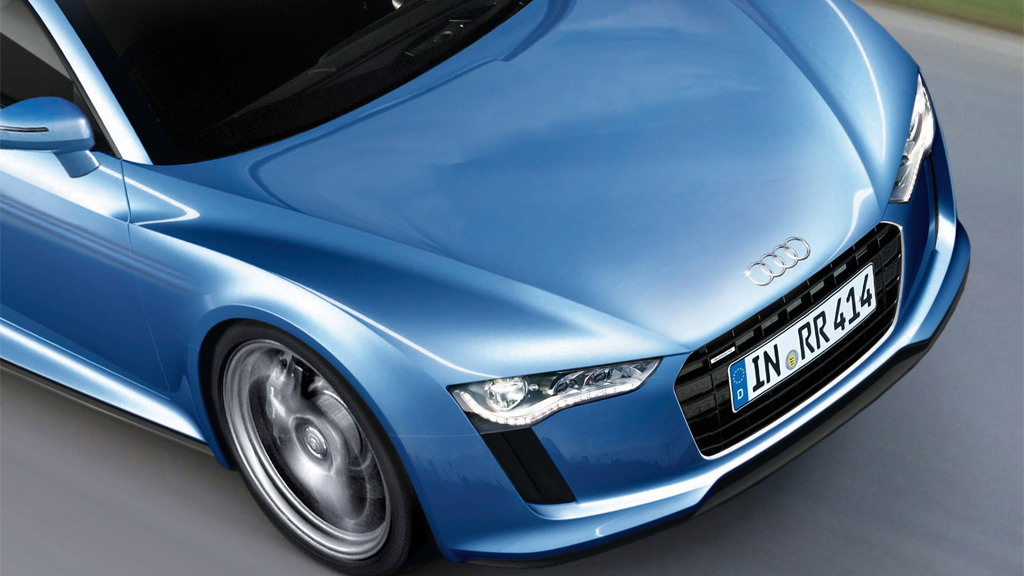 Many believed talk of Audi’s new R4 mid-level sports car was pure fantasy but then we saw the surprise unveiling of a second e-tron concept car; a unique design that even the automaker said was a production possibility. Now we have new computer-generated renderings of what the R4 sports car could like when it goes into production next year.

Destined to slot between the R8 and TT ranges, the new R4 will get its own unique platform and likely appear in both coupe and roadster bodystyles. Like the Audi R8, the R4 will also feature aggressive styling and will only be able to seat two. A brand new aluminum spaceframe chassis is being developed and Audi is targeting a final kerb weight of around 2,500 pounds. Expect to see a mid-engine layout and quattro all-wheel drive as standard.

Several engine options will be on offer for the R4 as this won’t be an exclusive supercar like its bigger brother. Expect to see a range-topping model with a high-output forced-induction mill developing in excess of 300 horsepower. There should also be a diesel model as well as an all-electric version wearing an e-tron badge.

For the range-topper, we're expecting a supercharged six-cylinder along the lines of the new engine found in the 2010 Audi S4. At 333 horsepower, that's enough to put it a solid step behind its big sister, the 420 horsepower R8, while its mid-engine layout and sharp looks will serve to differentiate it from the TT, and even the similarly-strong turbocharged inline five-powered TT RS.

Expect performance of less than 6.0 seconds for the 0-60 mph dash and a top speed electronically limited to 155 mph.