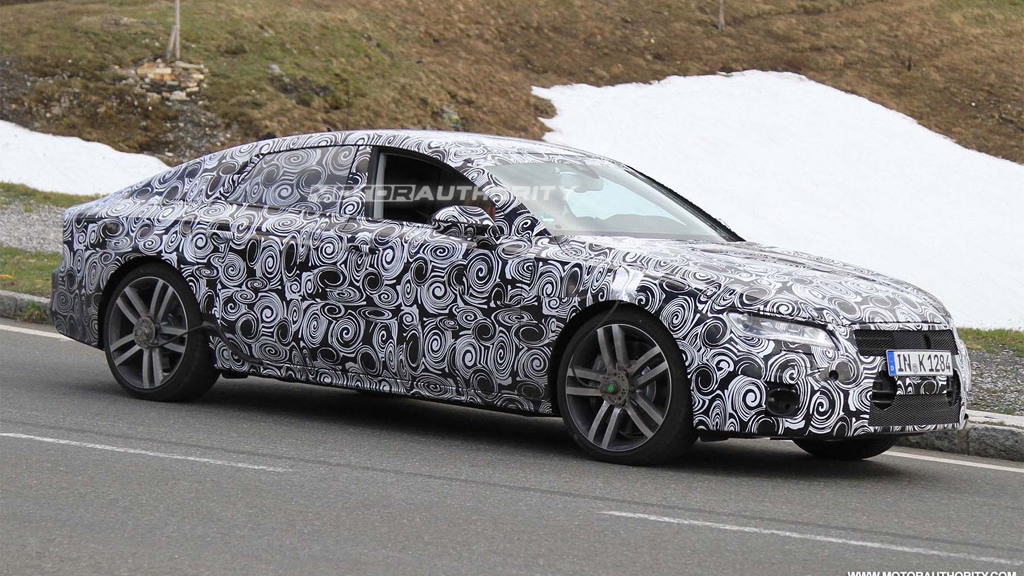 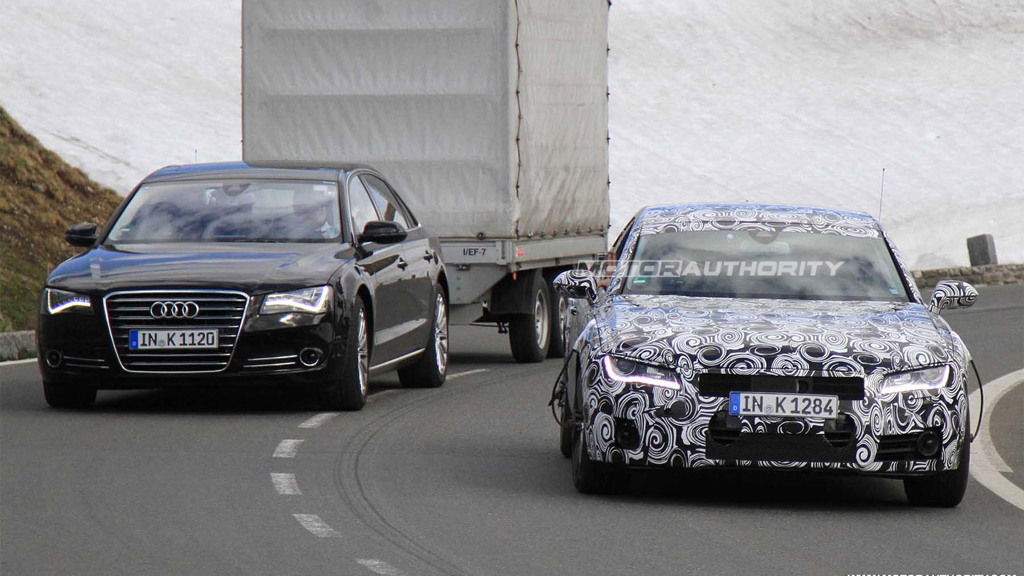 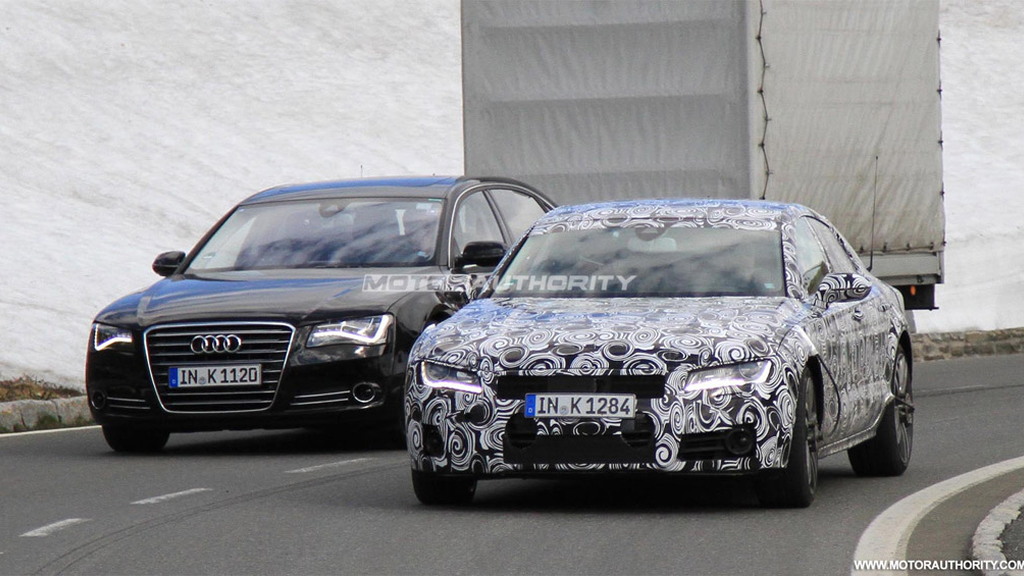 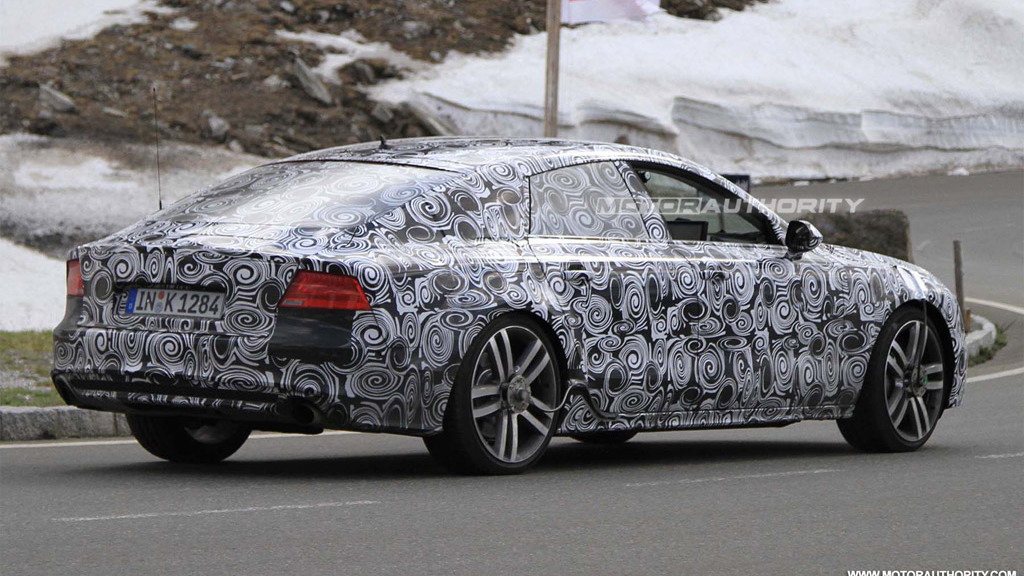 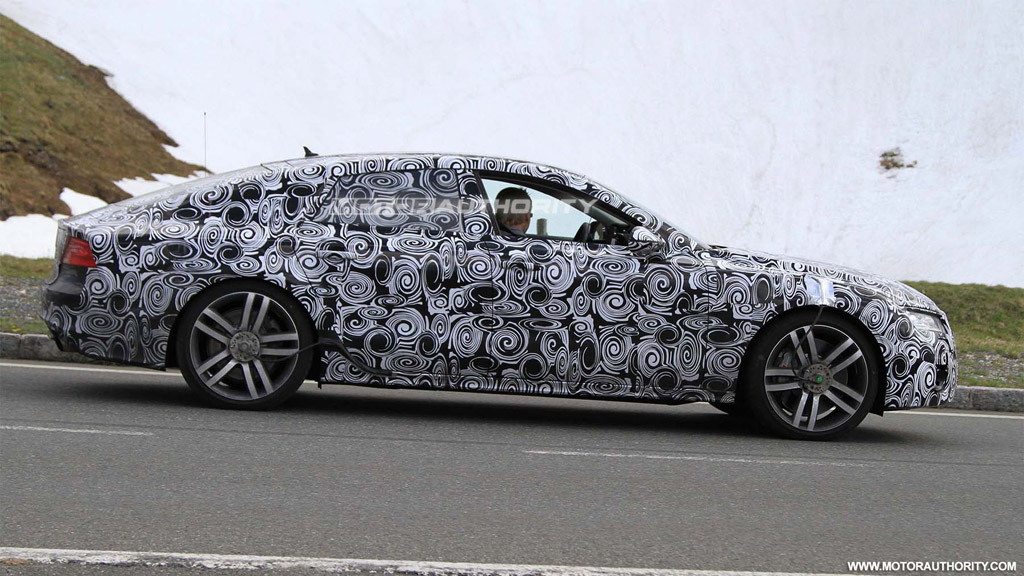 As part of a new model blitz to drive its offerings up to a total of 40 different models, Audi is augmenting its lineup with new coupes, soft-roaders and sedans. The 2011 Audi A8 was unveiled late last year, the 2011 Audi A1 is out but still not confirmed for the U.S., and now new spy photos reveal the state of progress toward the 2011 Audi A7, a "sportback" vehicle that fits somewhere in between sedan, coupe and wagon--but without the dose of ugly that accompanies cars like the 2011 BMW 5-Series Gran Turismo.

The latest images were captured during testing near Germany's Nurburgring circuit and show a brand new 2011 Audi A8 as well. Though the shots reveal little new in the way of external modifications, the fact that the car is being tested in and around the Nurburgring means engineers are already refining the powertrain and suspension tuning toward its final specification.

The 2011 Audi A7 is expected to make its official debut later this year at the 2010 Paris Auto Show, though no official announcement has been made. Production is scheduled to take place in Audi’s Neckarsulm plant, where the automaker has already invested millions of dollars.

A very wide range of powertrains will be offered in the A7 and its S7 and RS7 sport-focused variants. Everything from diesel-electric hybrids to 600 horsepower V-10 engines will be found under the hood of one variant or another.

The more ordinary A7 variants will be powered by a pair of V-6 mills. The first, a 204 horsepower 2.8-liter engine is the base model, followed by 3.0-liter supercharged engine making 300 horsepower in the first step up. An upgrade to S7 trim will bring with it another 94 horsepower in the form of a 4.0-liter V-8. The RS7’s 600 horsepower 5.0-liter twin-turbo V-10 is the range-topper. The S7 and RS7 will be released two years apart, with the S7 arriving first in early 2011 and the RS7 after that.

A 6-speed manual gearbox and 8-speed automatic will be available in the lower-spec models, while a 7-speed dual-clutch unit is also expected to be offered in the higher-performance variants. North American models are also expected to get Audi’s quattro all-wheel drive as standard, though it’s not known if European market variants will have a rear-wheel drive option. Audi’s new torque-vectoring system will also be part of the package.

Air suspension will replace the standard spring-based system found in other Audis. The change is designed to help the car compete with the progenitor of the four-door coupe genre, the Mercedes-Benz CLS. Sales of the A7 are only expected to reach the 40,000 mark annually, but the image boost it will offer with its high-tech features and glamorous look--especially in a rumored convertible variant--are important for Audi’s development as a brand.