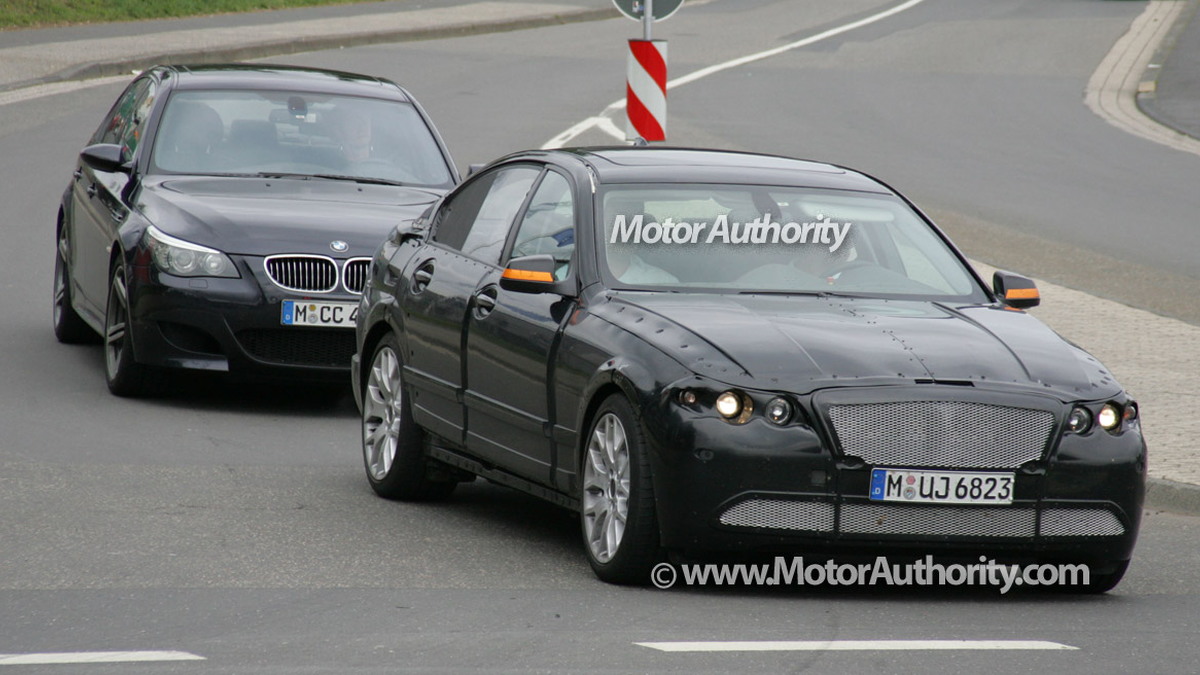 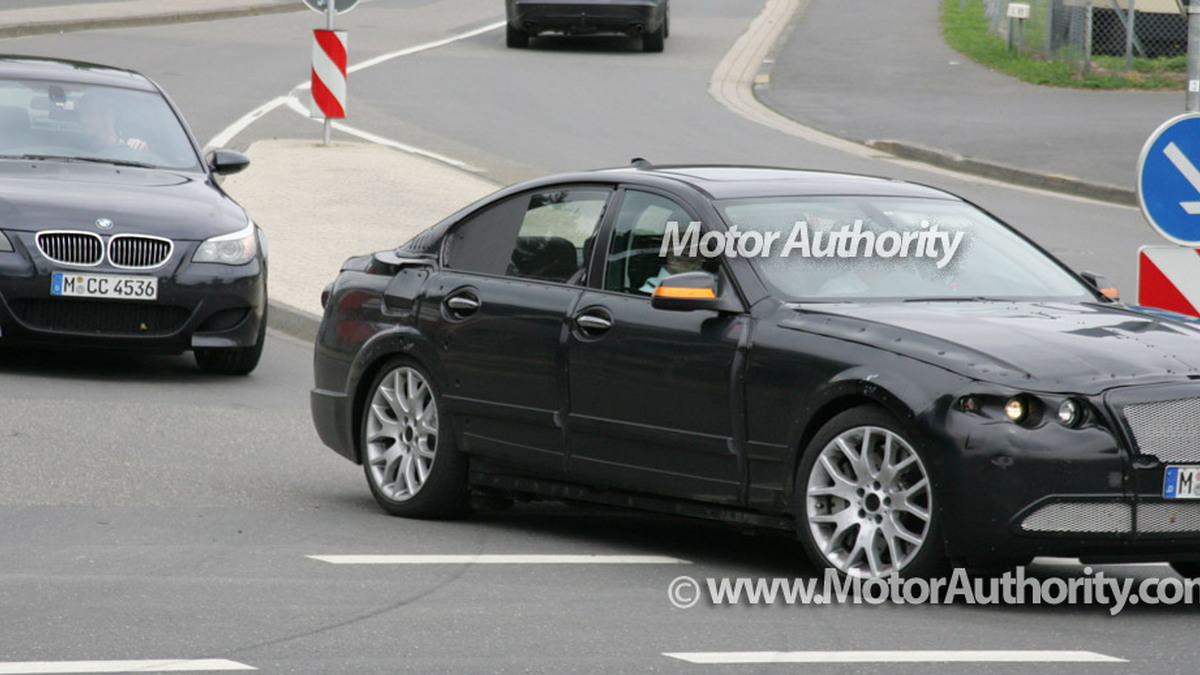 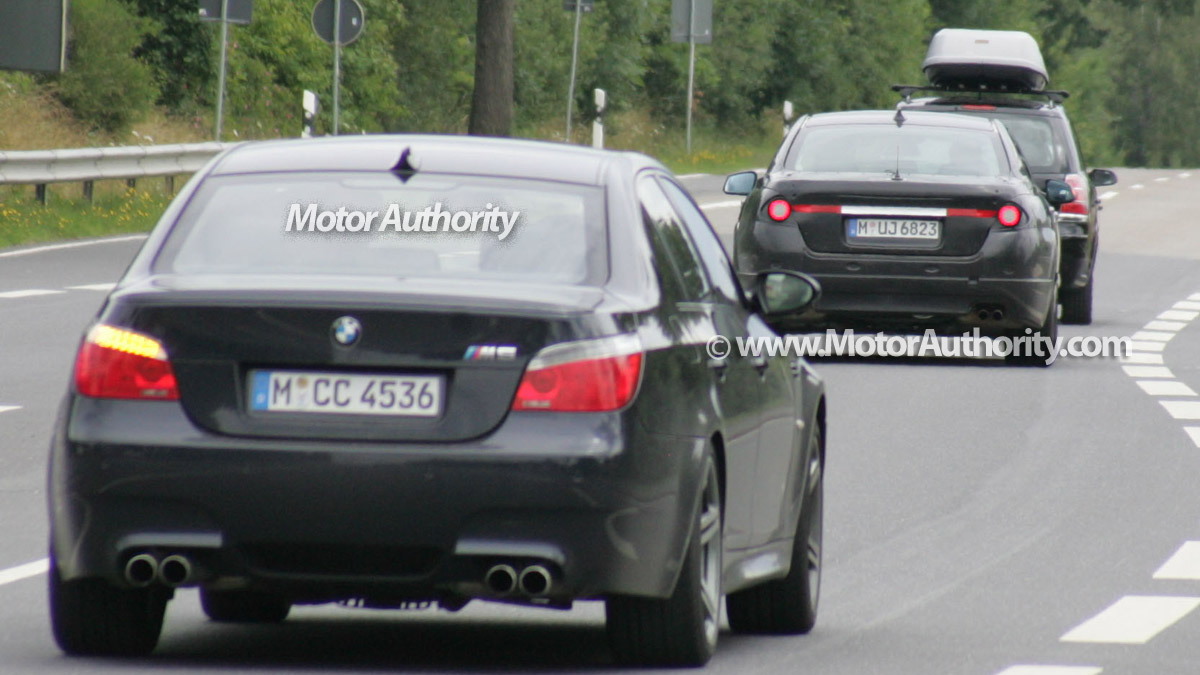 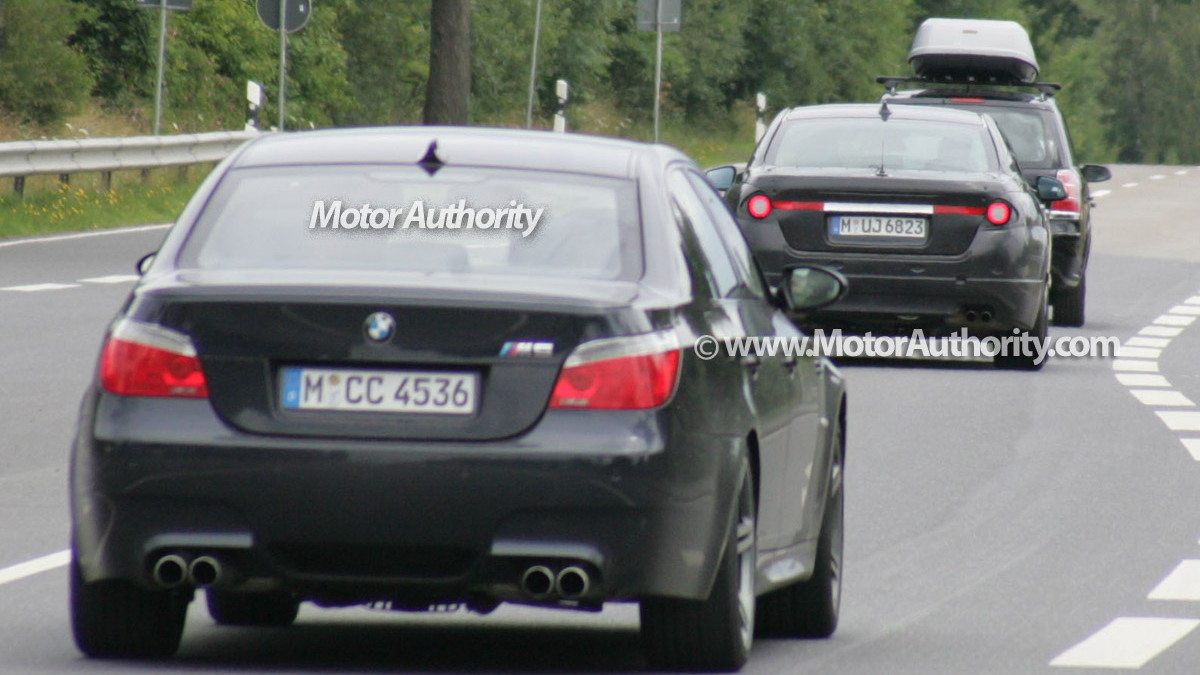 11
photos
A class leader since its inception, the 5-series remains a crucial car in BMW's lineup, so there's a great deal of anticipation surrounding the next-generation model. The new car is due to arrive late this year for the 2010 model year, and heavily disguised sedan prototypes have already been seen testing around the streets of Munich, as have Touring variants. Today a scan claimed to depict the new 5-series has emerged onto the web.

The image, scanned from what appears to be a brochure by a member of the Bimmerpost Forums, shows a new, much more aggressive face with clear cues from the CS Concept, confirming earlier reports. A previous report, issuing from Auto Zeitung, revealed that BMW may in fact be embracing the 5-series' polarizing looks, including some influence from the inflammatory CS Concept. This is an odd strategy, however, given that the recently revealed all-new 7-series has moved away from the Bangle-influence flame-surfacing design to a more generally palatable look.

The new image does looks somewhat similar to the newly-released 5-series GT Concept, but differences around the headlights and lower fascia also make it clear that this is not the same vehicle. It's not yet confirmed that it is in fact the next-gen 5-series, however.

Whatever the car's eventual appearance, under the new sheet metal, inclusion of some aspects of the new 7-series' technical upgrades is possible as well. Dynamic Drive active anti-roll bars, four-wheel steering and active dampers could all be part of a higher-end performance package for the executive sedan. Some safety features, such as the night-vision system, lane departure warning and active brake assist are likely to make the migration to the 5-series as well.

BMW will also continue with its new found love of turbocharging. The 4.4L twin-turbo V8 from the X6 is expected to appear in a range topping model, while more turbo-diesel variants are expected to join the lineup as well. BMW is currently developing its second generation common rail system for its diesel powerplants, which operate at greater pressure for improved performance. In Europe, a 204hp (152kW) 2.0L twin-turbo four-cylinder diesel engine is also likely to be included, but isn't expected to hop the pond to the U.S. Eventually, hybrid versions will also be on the table, though possibly not until a mid-cycle refresh several years after the new car's debut.

The transmission systems will include a six-speed manual and a six-speed Steptronic semi-auto gearbox, however a new eight-speed unit from ZF is also expected to be available. Coming in towards the end of 2010 will be the next-generation M5 sporting a larger displacement 5.5L V10 and possibly forced induction for extra power. Later in 2011, expect the inclusion of stop-start technology for reduced emissions and improved fuel economy in the less performance-oriented models.

Performance of all models will be improved thanks to the extensive use of lightweight materials including carbon-fiber and aluminum. The car’s construction will be a hybrid of an aluminum spaceframe for the front section, and a traditional steel monocoque for the passenger compartment and rear. This will ensure a favorable front-to-rear weight distribution and improved handling. Up front will be an independent suspension with MacPherson struts, with a multi-link layout for the rear. High-performance models will include carbon-fiber body panels to shed even more weight.

Inside, the car will have a more spacious interior, especially for rear-seat passengers, while the center console will be oriented more towards the driver and run an updated version of iDrive. Headroom will be similar to the current model, despite a shorter roof for the new car, while trunk volume will grow to 550L. Wheel sizes will range from 17, 18 and 19in, and a new electrohydraulic brake system will also be added, which will improve braking distances and stability.