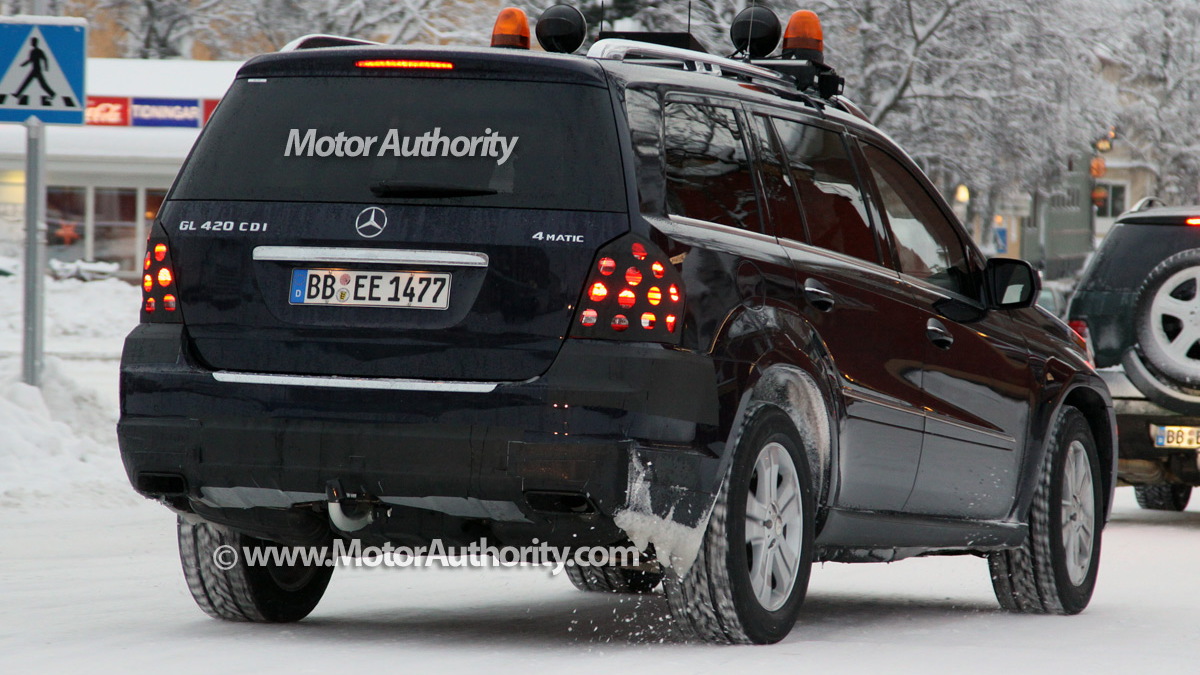 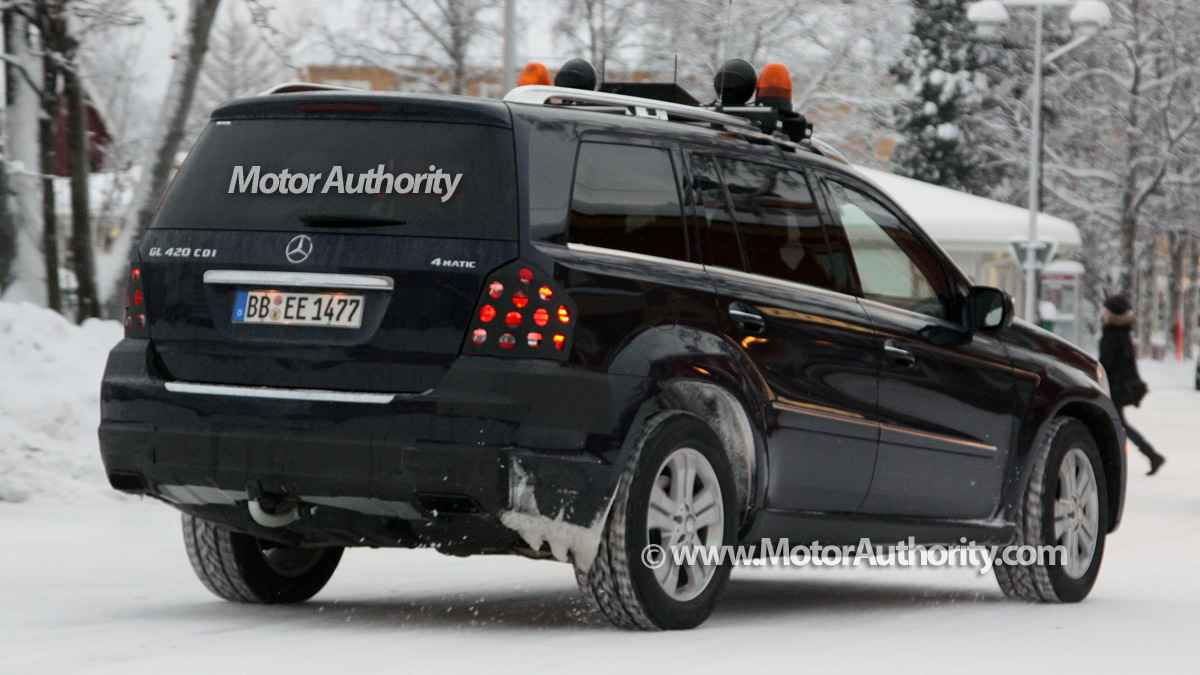 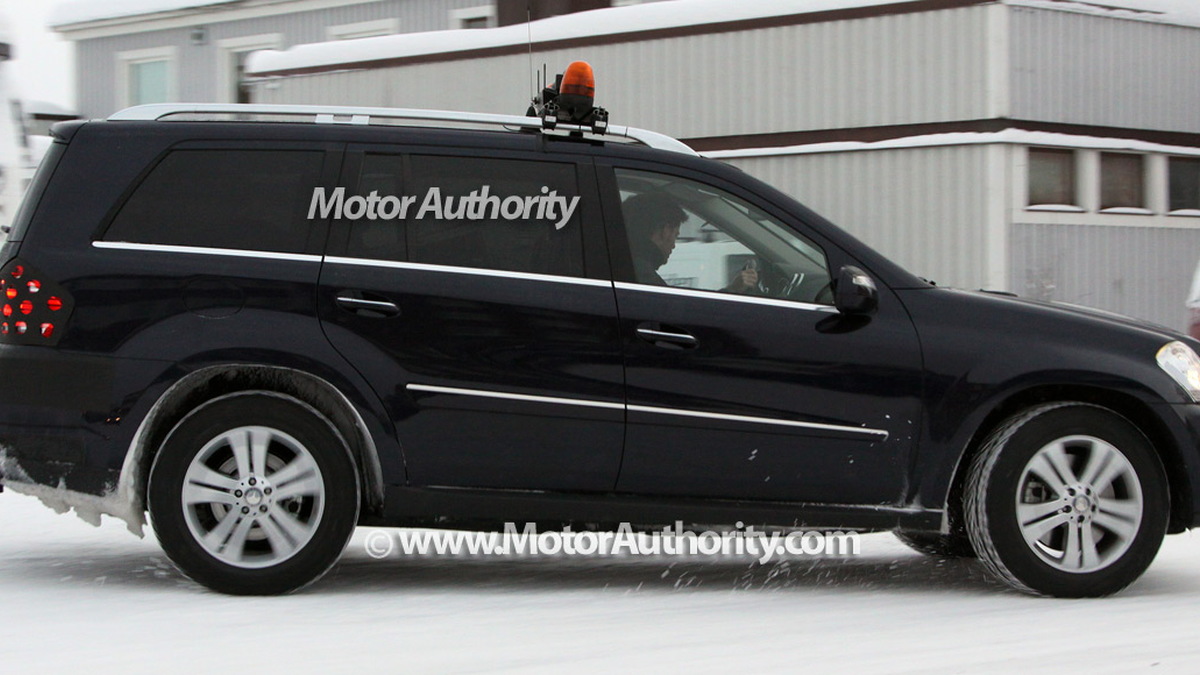 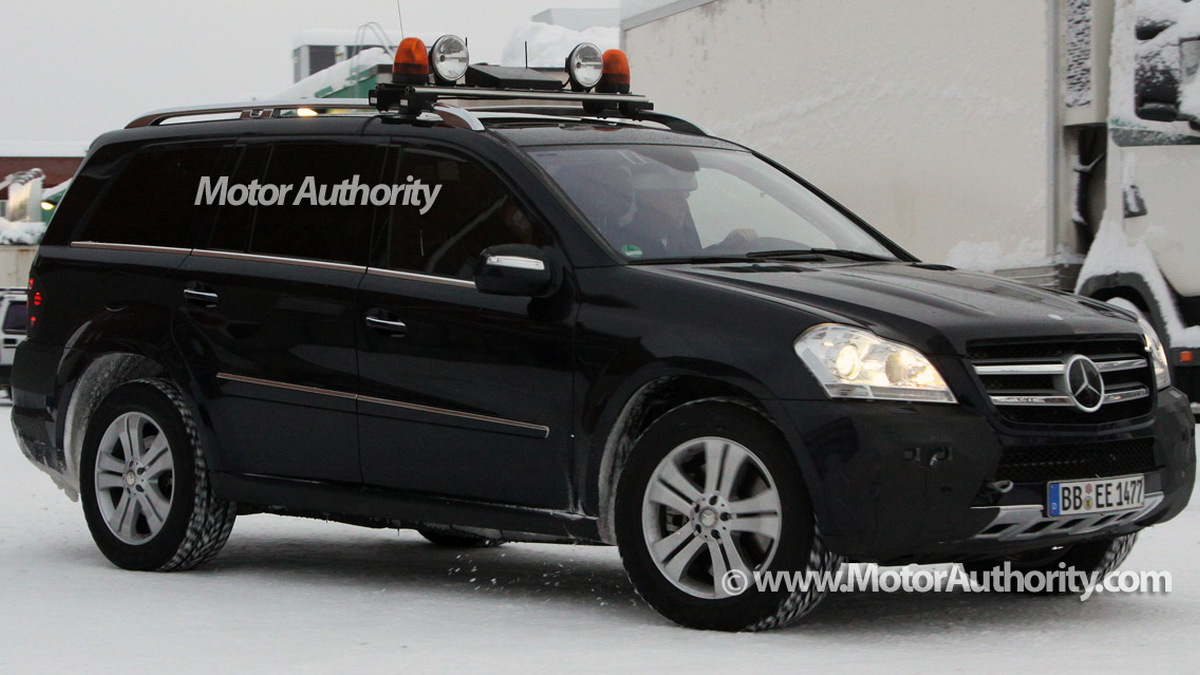 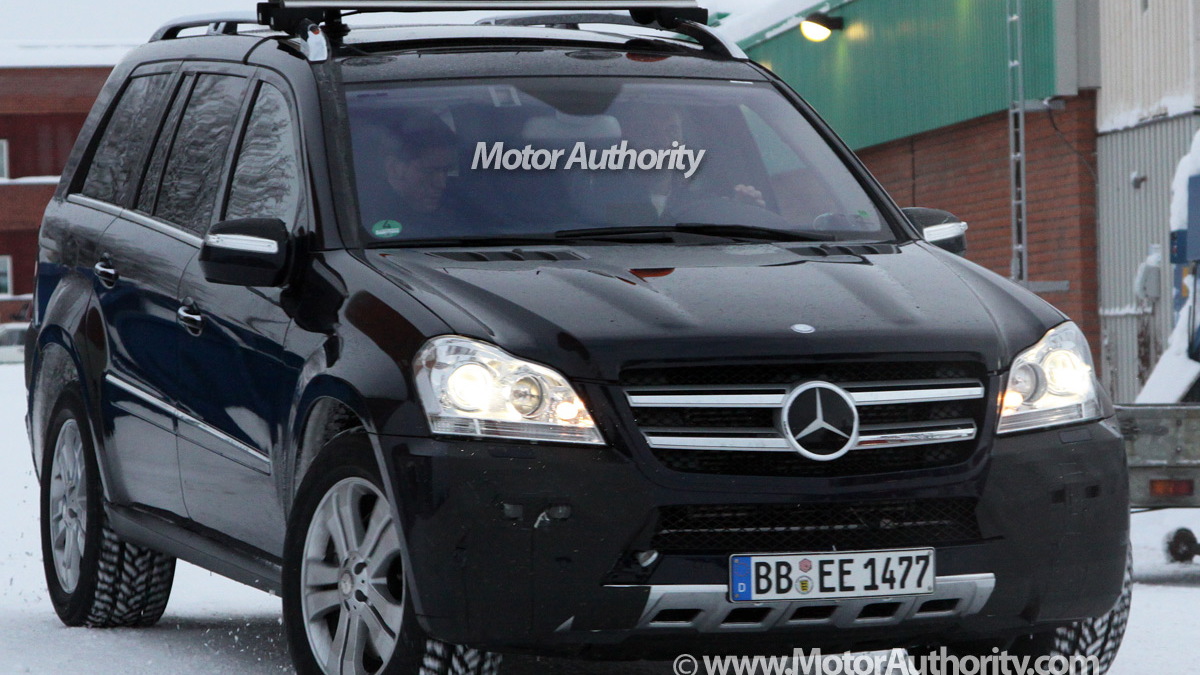 18
photos
The Mercedes-Benz GL-Class was first introduced in 2006 and didn’t appear in most markets until a year after this, but despite its relatively young age engineers are already hard at work testing prototypes for an updated version of the SUV. Like the facelifted ML-Class introduced last year, the 2010 GL will only receive a few minor styling updates as revealed by these latest spy shots.

The test vehicle seen here is sporting a new set of headlights and new LED daytime running lights aligned in a strip on either side of the front bumper. The shots of the rear also reveal some camouflage material over a set of newly designed taillights, while the exhaust pipes also receive an update. You will also notice that the stainless-steel underbody guard has a new design.

Mercedes is unlikely to change the GL’s powertrain lineup as the car is still in its first generation. However, the older 320-series V6 petrol and diesel units should be replaced with the new 350 CGI BlueEFFICIENCY direct-injection petrol unit and 350 CDI BlueEFFICIENCY turbodiesel. The powertrain for the V8-powered GL500/550 will remain unchanged.

The interior should also receive a number of trim and specification updates but we’ll have to wait until the new SUV is released later in the year to get a detailed look. We do know that Mercedes will introduce its Elegance and Avantgarde line of trim for the big SUV, with subtle interior and exterior detailing separating the two.