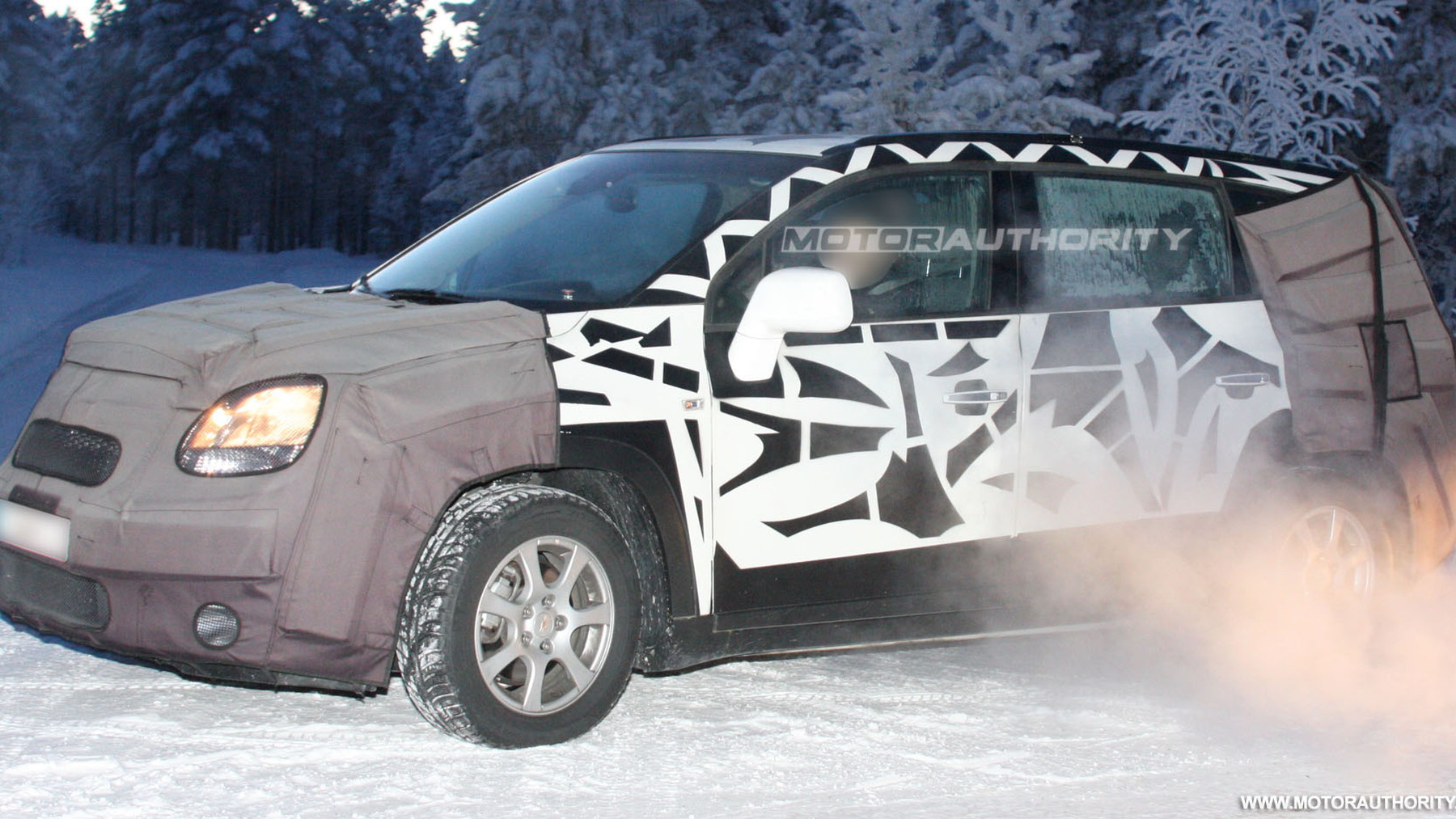 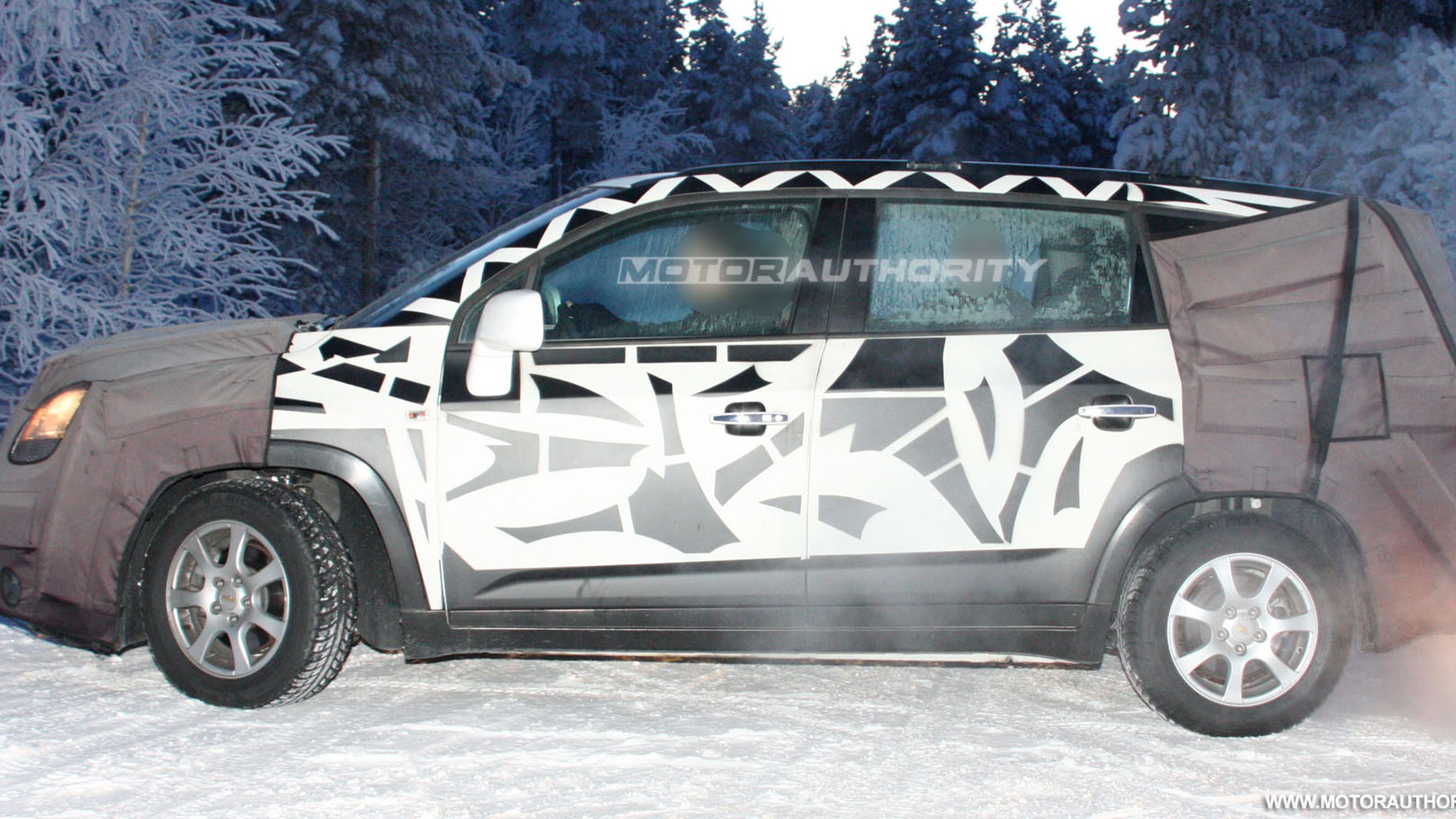 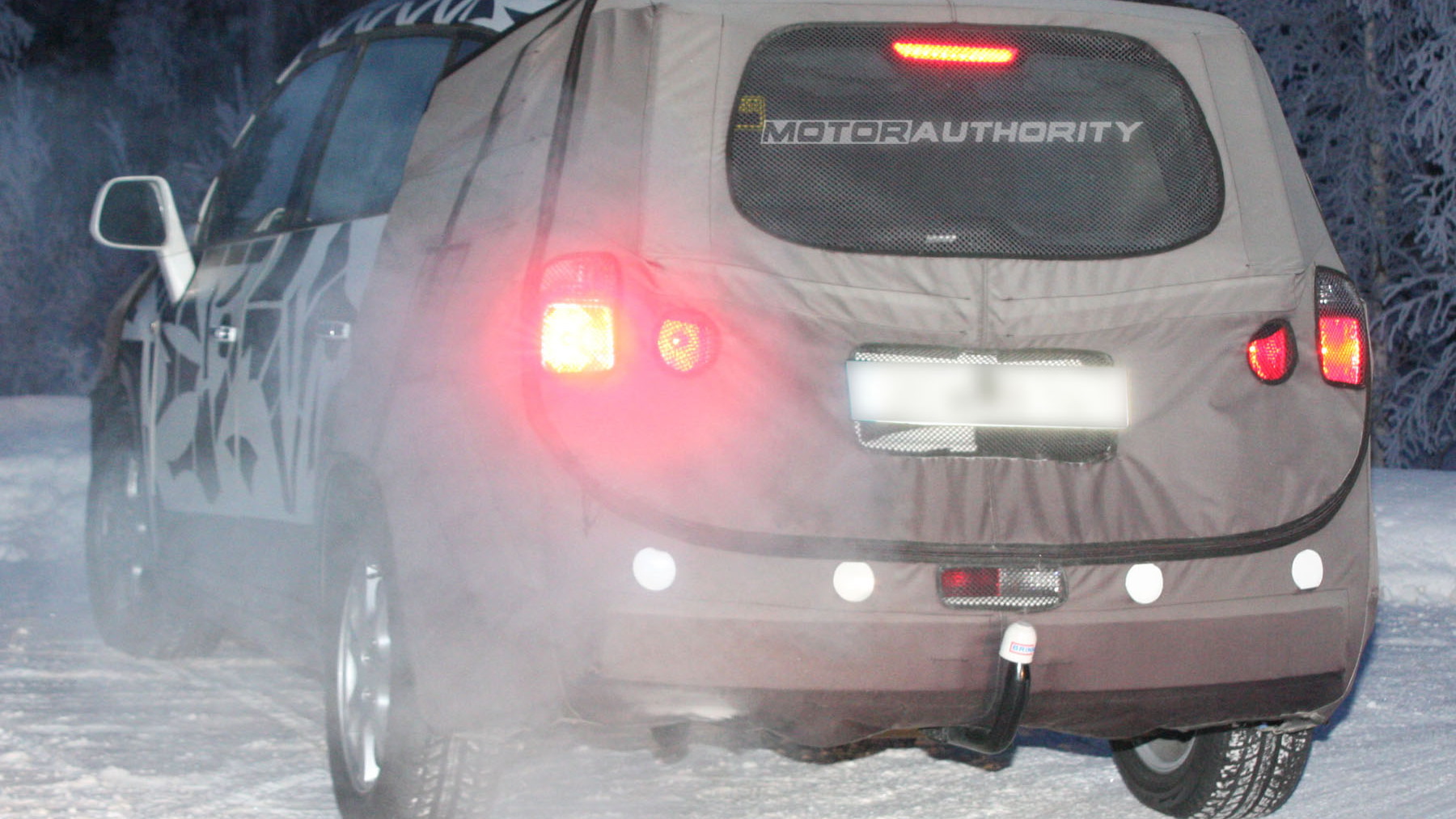 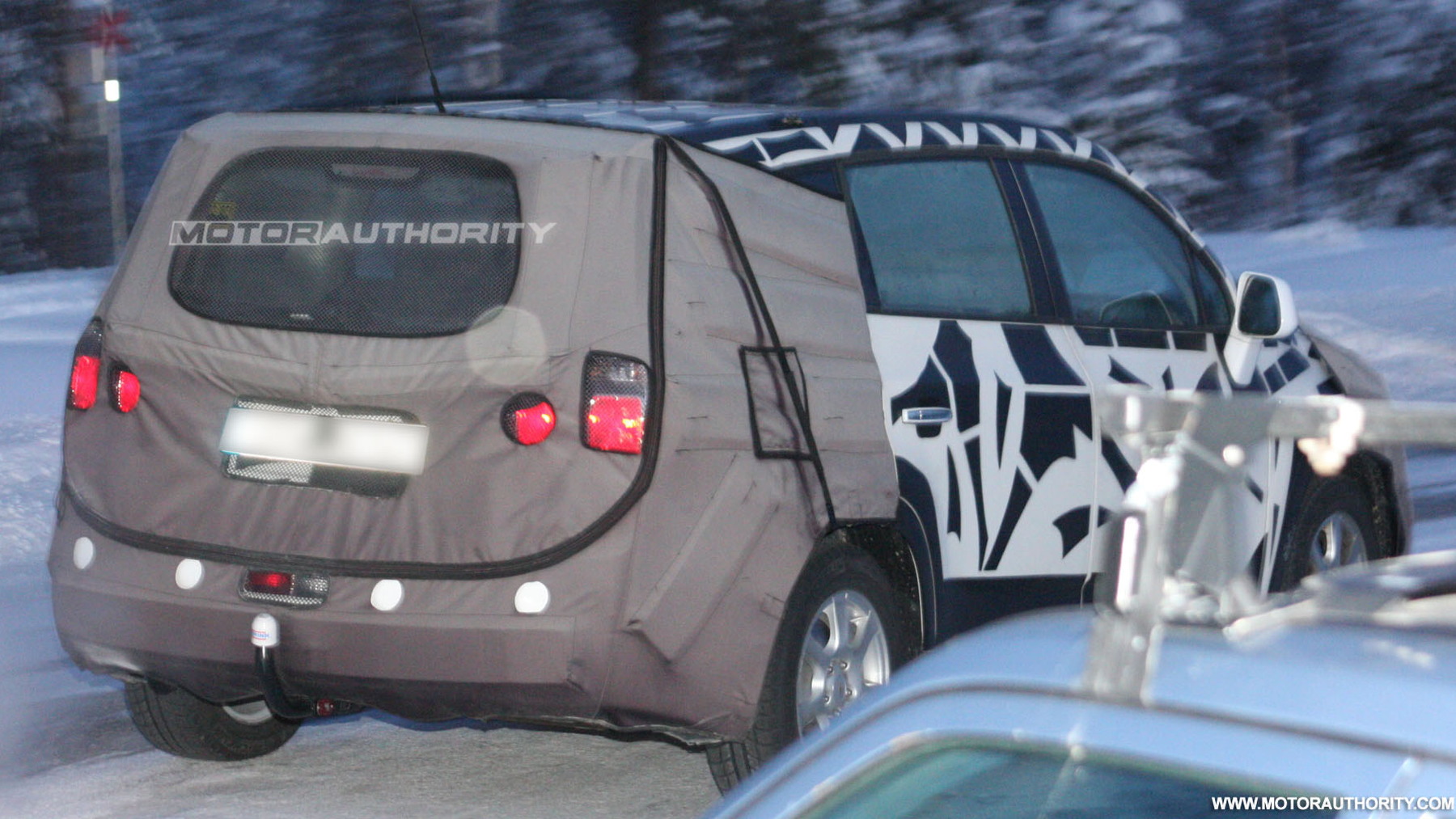 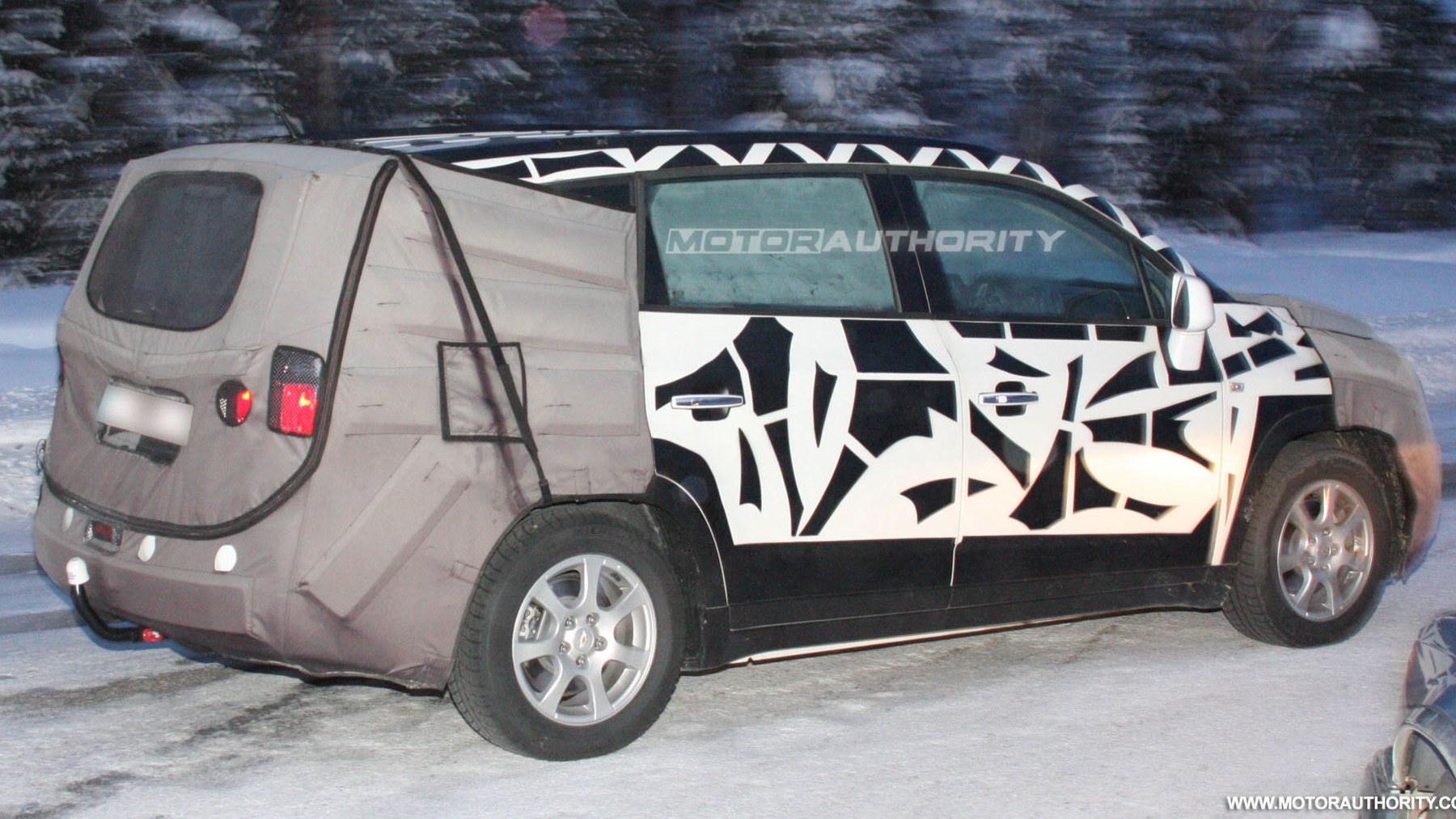 15
photos
Chevrolet is planning to expand into the seven-seater MPV market with an all-new model designed as a replacement for the Tacuma (a Daewoo model that was later rebadged a Chevy). Unlike the previous Tacuma, the new model is tipped to be manufactured in the U.S. and may be offered with a hybrid option.

These latest spy shots reveal a very similar design to last year’s Orlando concept, including the boxy design, swept-back roof, and blunt front-end. The shots also reveal a conventional four-door body with a vertically lifting tailgate as opposed to a sliding door and split tailgate configuration.

Sitting on the same platform as the Chevrolet Cruze compact sedan, the new MPV will be powered by a range of engines displacing between 1.6 and 2.0L. The most powerful model will be a 2.0L turbodiesel with 150hp (112kW) and 236lb-ft (320Nm) of torque, and according to recent reports it may also come with the Volt’s plug-in hybrid technology.

It is still too early to determine if Chevrolet will stick with the Tacuma name or go for Orlando for its upcoming MPV but considering that the vehicle will be sold as a global model there is a strong chance that it will go by several titles.