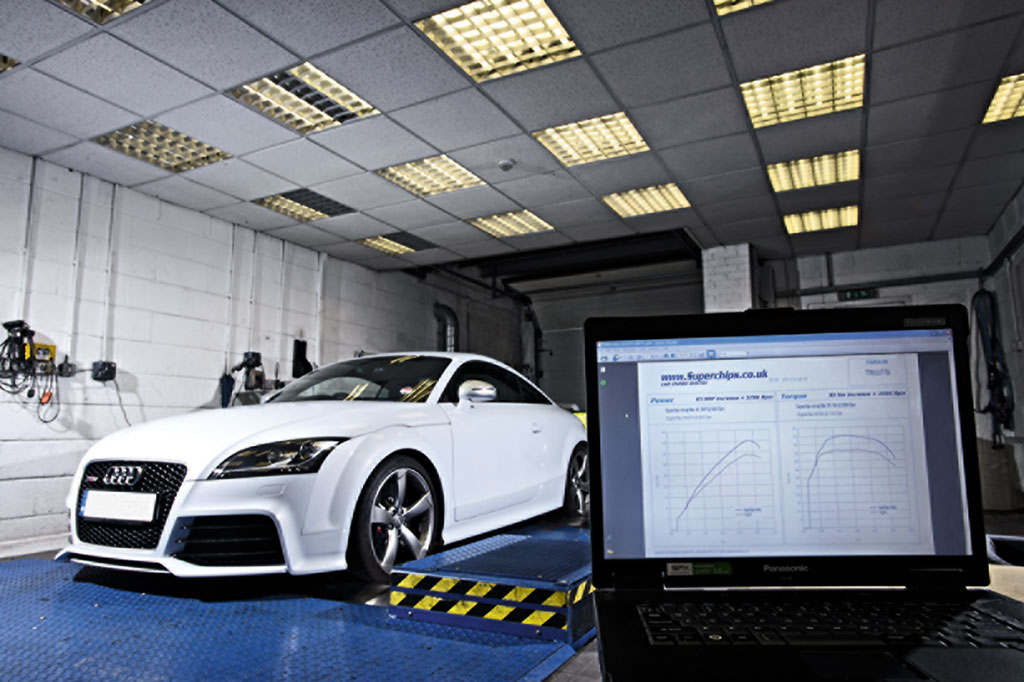 British tuning firm Superchips specializes in optimizing the vehicle management systems and electronic control units of cars to eke as much performance out of them as possible, and its latest product focuses on giving the new Audi TT-RS a significant boost in the performance department--not that the standard TT-RS was lacking in power to begin with.

Post conversion, the 0-62 mph time for the Audi TT-RS falls from 4.6 to 4.2 seconds and in-gear acceleration times are greatly improved as well. Furthermore, removal of the factory 155 mph top speed limiter is included as part of the package although no top speed figure has been revealed.

Additionally, Superchips will soon be offering some other modifications for the car that will further improve performance and dynamics. Expect to see the usual bodykit, exhaust and suspension modifications.

Alas, Audi still doesn’t offer the TT-RS, or its Roadster sibling, in the U.S.