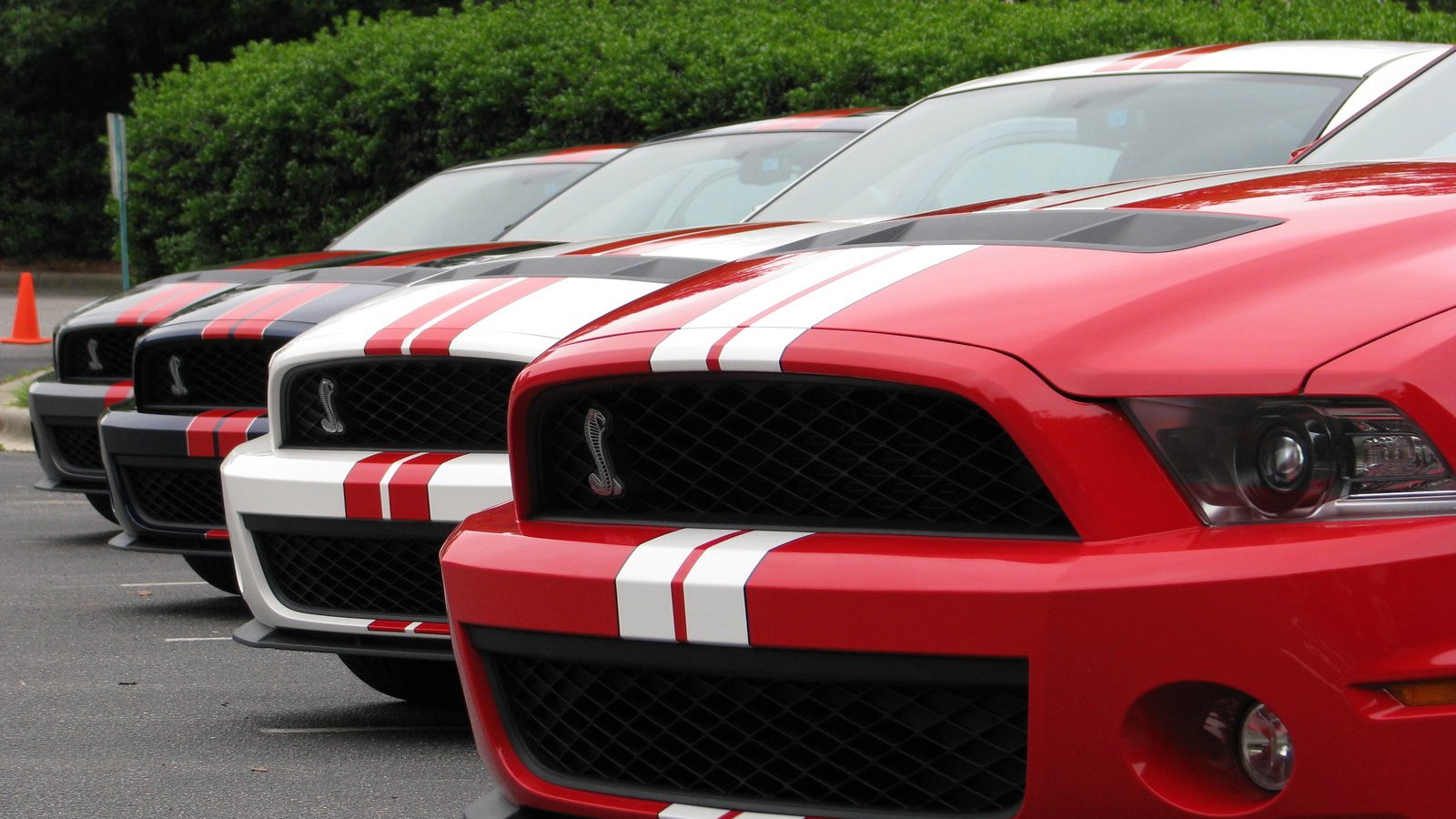 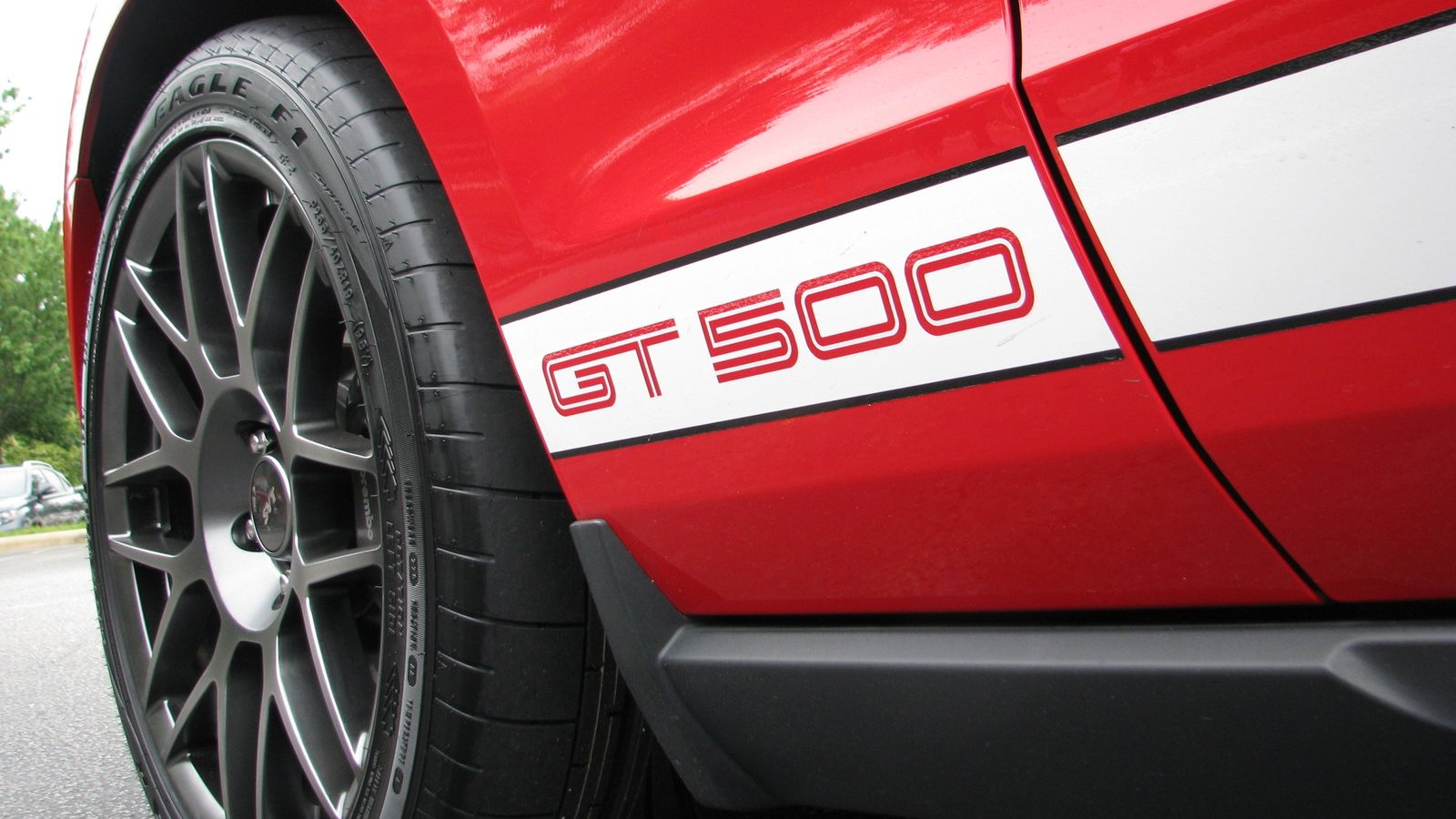 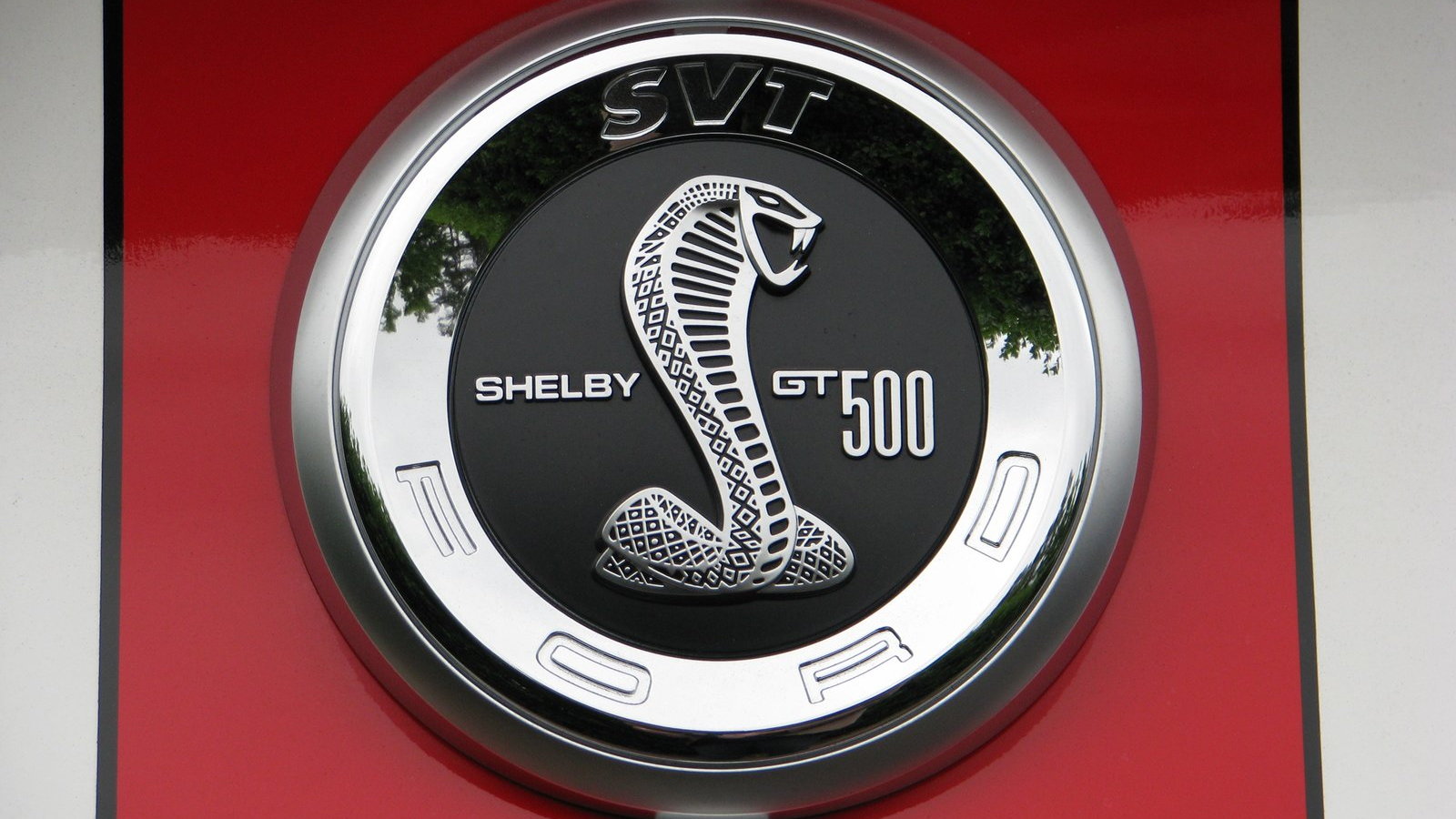 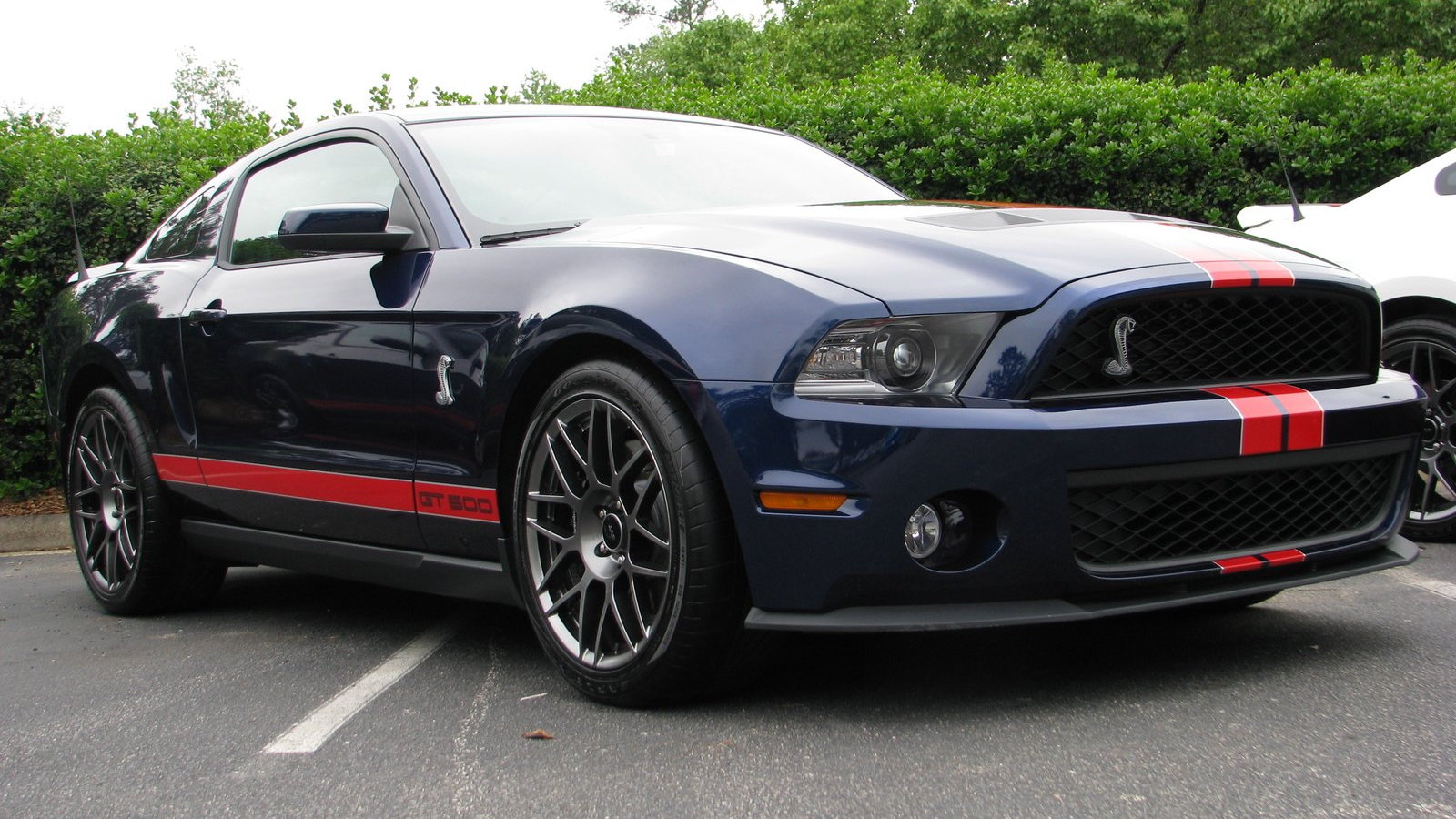 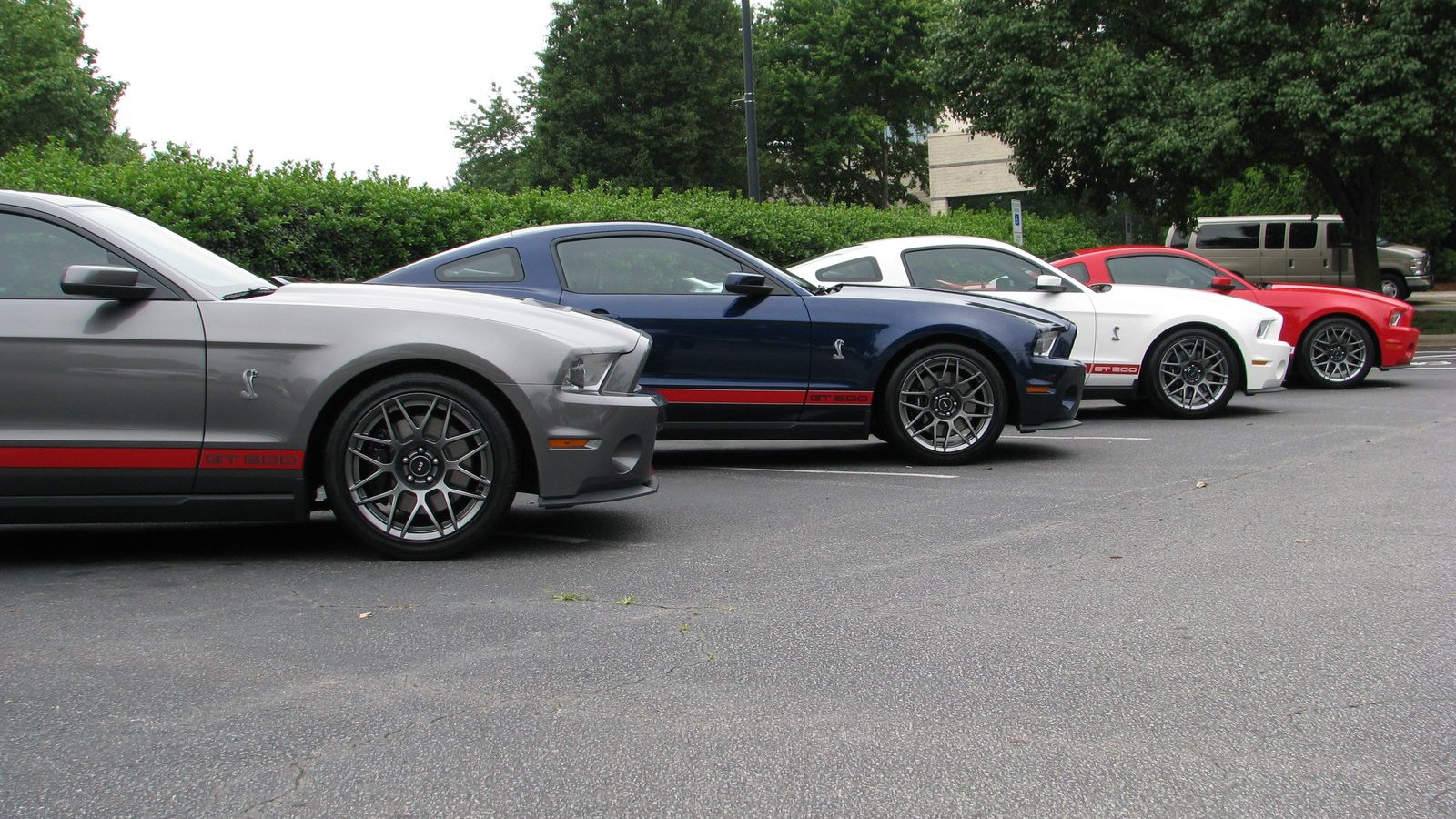 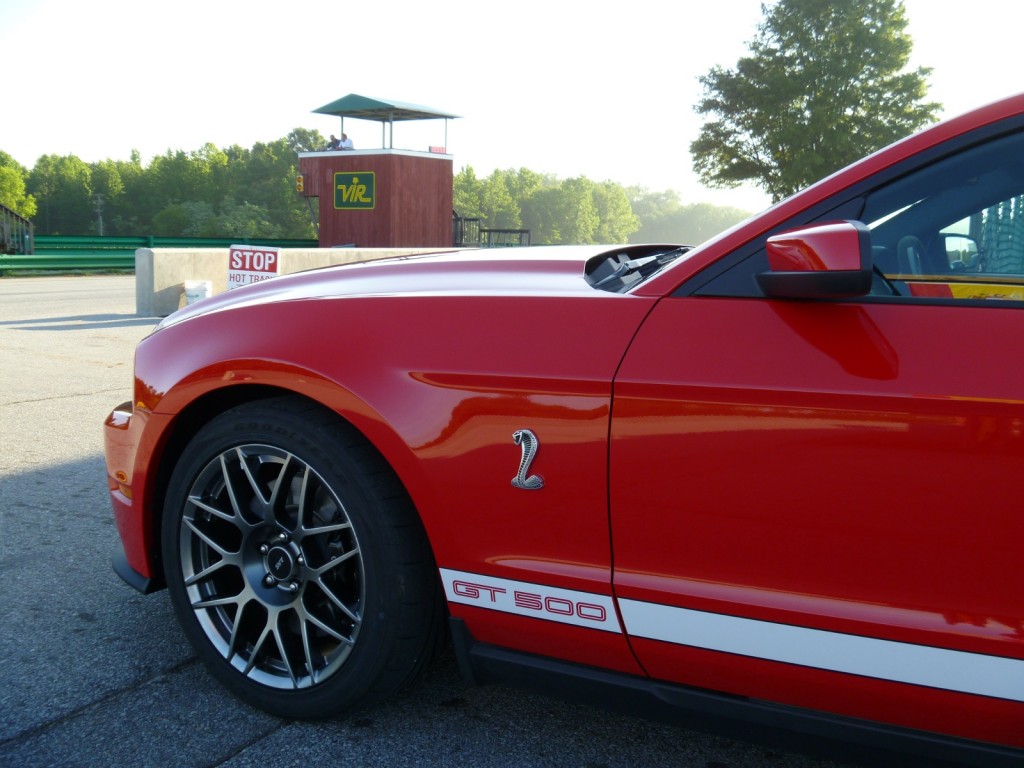 Smoky burnouts, lurid powerslides, brutalized rev-limiters. These are all things you might expect from the 2011 Ford Shelby GT500, and you'd be right to, based on previous versions. But that's not what we're giving you. Instead, we're giving you what the 2011 GT500 gave us: a surprisingly good time on one of the best road courses in the country.

The 2010 Shelby GT500 isn't a bad car by any means. Brutally powerful, competent enough in the curves and fundamentally comfortable, if not all that luxurious for a car in the neighborhood of $50,000. But the 2011 massages the 2010s faults, tosses in a little more civility and manages to turn up the performance as it gears up to chase down much more expensive and refined grand tourers.

Disclaimer: Ford flew us out to Virginia International Raceway, let us run the full course, and stuffed us full of buffet-line food as we sampled the 2011 Shelby GT500.

Sharper, more balanced and controlled handling is the first thing you'll notice if you get the chance to drive the 2010 and 2011 GT500s back-to-back as we did at VIR this week.

The 2010, while still quite quick if you keep your inputs in check, simply feels less sorted. Some might say it's deliciously uncouth, but we just find it to be a bit sloppy. The rear end wants to wander around under very hard braking, and also tends to step sideways under acceleration, mostly thanks to its very nose-heavy weight distribution. The softer, less coherent suspension setup makes transferring weight back and forth, as you have to through the Snake or the Esses at VIR, a nerve-wracking proposition at high speeds. Even the steering is a bit vague.

But not so in the 2011 GT500. Apart from a stiffer, more aggressively damped suspension that helps to control the car in all situations, the lighter aluminum block engine contributes to less weight on the front axle and a better overall distribution that's directly and noticeably reflected in the car's dynamics: tail-wagging is kept to a minimum whether under brake or gas, and mid-corner, the car feels much more balanced, though it does still tend toward understeer if you don't plan properly.

The stiffer springs and 11 mm lower front and 8 mm lower rear ride heights with the SVT package contribute to the more planted feeling, while a Z-brace stiffens the chassis and foam in the A-pillar stiffens the car further in the convertible, a 12 percent improvement over the 2010 GT500.

Specially-developed Goodyear Eagle F1 Supercar G: 2 tires deserve a lot of the credit for the 2011's improved all-around feel and grip levels, too. Whether diving over a crest into a blind left-hander or powering through an undulating uphill section, the tires inspired confidence. Progressive breakaway, plenty of noise when working at the limit, and simply huge levels of grip mark them as some of the best road-going tires we've experienced.

This concoction of tires and suspension makes the most of the 550 horsepower and 510 pound-feet of torque on tap in the 2011 model--up 10 horsepower from the 2010 GT500, and though we went into the day with the dread of numb-feeling EPAS, we were pleasantly surprised to find feel of the 2011 better on the whole than the 2010. The tires, upgraded suspension, and better weight distribution all surely play a role in this as well, but it's worth noting that Ford got it right where many carmakers, including sports/luxury marques, have failed.

Shelby. GT500. Mustang. None of these ingredients speak of subtlety or restraint. But just because loud colors and racing stripes match loud exhaust and black stripes on the pavement, it doesn't mean you have to go with the classic, slightly over-the-top look.

Starting out the trip from North Carolina to VIR, we opted for the stealthy silver number in the gallery above. The stripe-delete option is available at no charge and quickly moves the GT500's appearance from cop-baiting ferocious to near-sleeper status. It's still readily identifiable for those in the know, especially when stopped. But under power and cruising down the road, it's easily taken for a standard 2011 Mustang.

What you do with this Clark Kent outfit is up to you. You can cruise the strip malls and chain restaurants in search of your next retail fix or you can rip your shirt open to reveal the Superman underneath.

Ford is pushing to make the GT500 more presentable as a viable grand touring car, meaning more comfort, an easy-to-drive feel, and less noise and vibration. They've done a lot of work to make these traits stand out, too: tuning the induction pipe to deliver just enough howl and supercharger whine without overwhelming the cabin on a six-hour drive; skipping the sound pipe found in the standard Mustang altogether, as it's unnecessary; and cutting wind noise to a very low level even at 80 mph.

But despite the largely successful effort to tame the Mustang's foibles and package the powerhouse of an engine quietly and composedly, there's still a definite mean streak to the 2011 GT500.

It's quiet enough when cruising the highway, provided you're on the right surface texture. Catch the right mix of tar and rock, however, and you're in for a symphony of tread noises. That's pretty typical of most cars, to be fair--but in the GT500, the tire noise has a tendency to resonate throughout the cabin, causing an uncomfortable sensation. Clear the problematic pavement and all is well again, and surprisingly quiet, as the engine ticks over in the near-idle range of the tach at most cruising speeds.

Terrifying? None of this sounds all that scary, right? Well, it's not hook-sliding, I'm-gonna-kill-you terrifying like the 2008 GT500 or the carryover suspension found in the 2010 GT500 Convertible (read our review of that beast here), but it's now a 550-horsepower monster with more factual capability than most drivers will be able to access. And it's simply far too fast to really push on the open road. You can get well into double-the-speed-limit territory on twisty back roads before the car even begins to show the effort, and that's simply too fast for an unpredictable environment.

After back-to-back sessions on track at VIR in the 2010 and 2011 GT500s, it's clear that the sum total of the improved engine, weight, and SVT performance package equipment adds up to a much better all-around car than its predecessor. In fact, the 2011 GT500 may just be the best standard-production muscle car we've ever tested, as it steps outside the typical "muscle car" limitations to deliver a sportier, more capable package no matter which way the road goes.

Check out the videos below to get a feel for the differences between the 2010 and 2011 GT500. Yes, we know we were soft-pedaling it in some spots. Yes, we know the line wasn't perfect. But you'll get the idea.