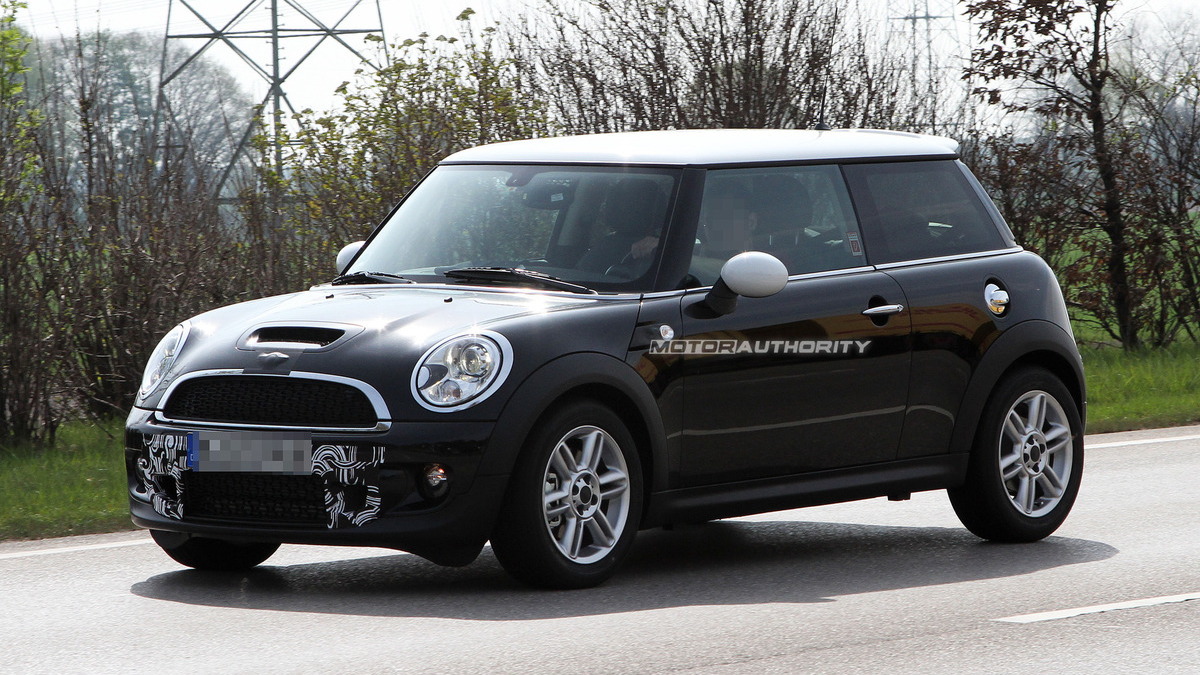 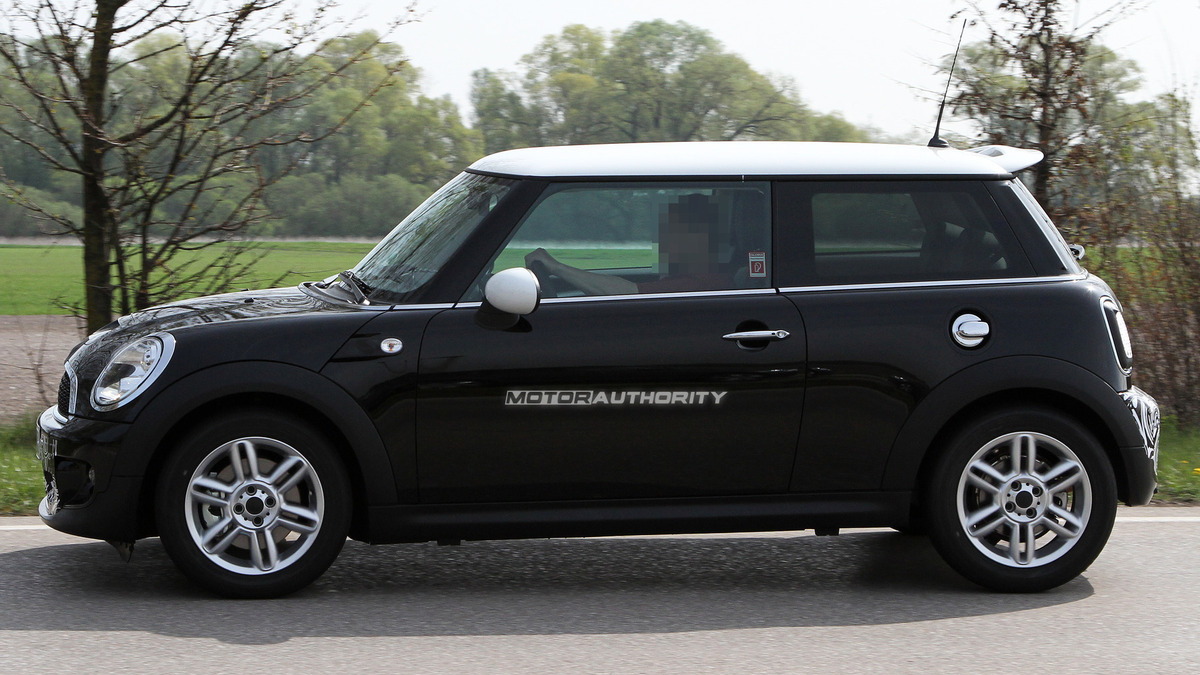 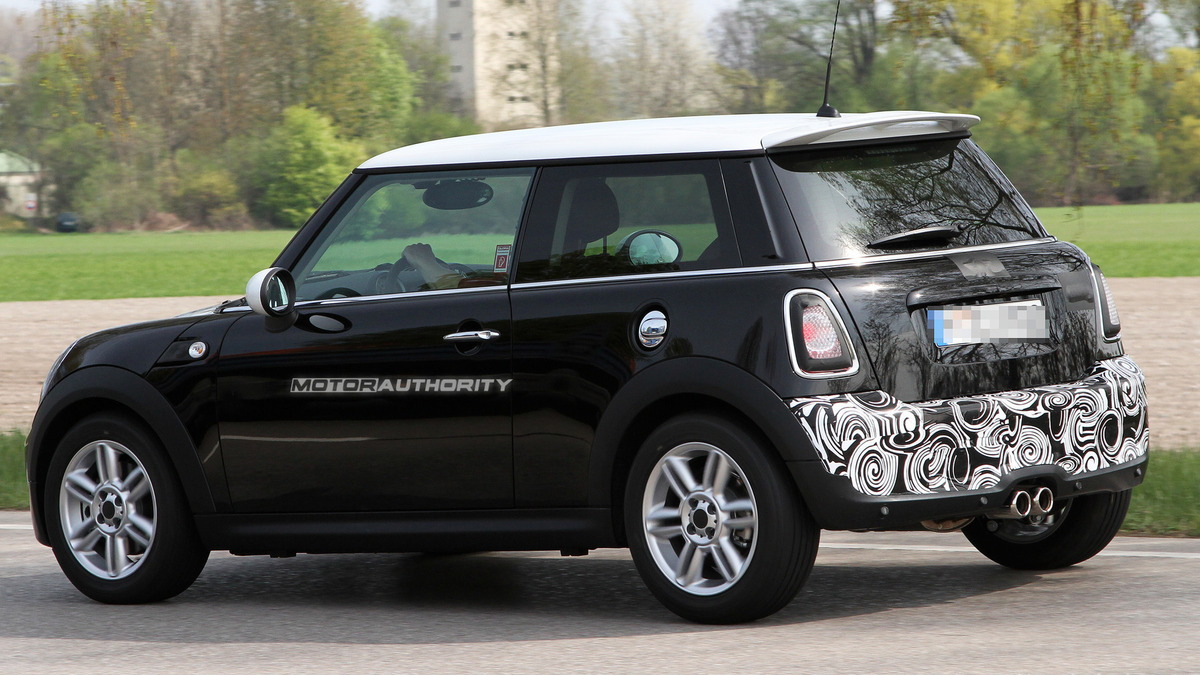 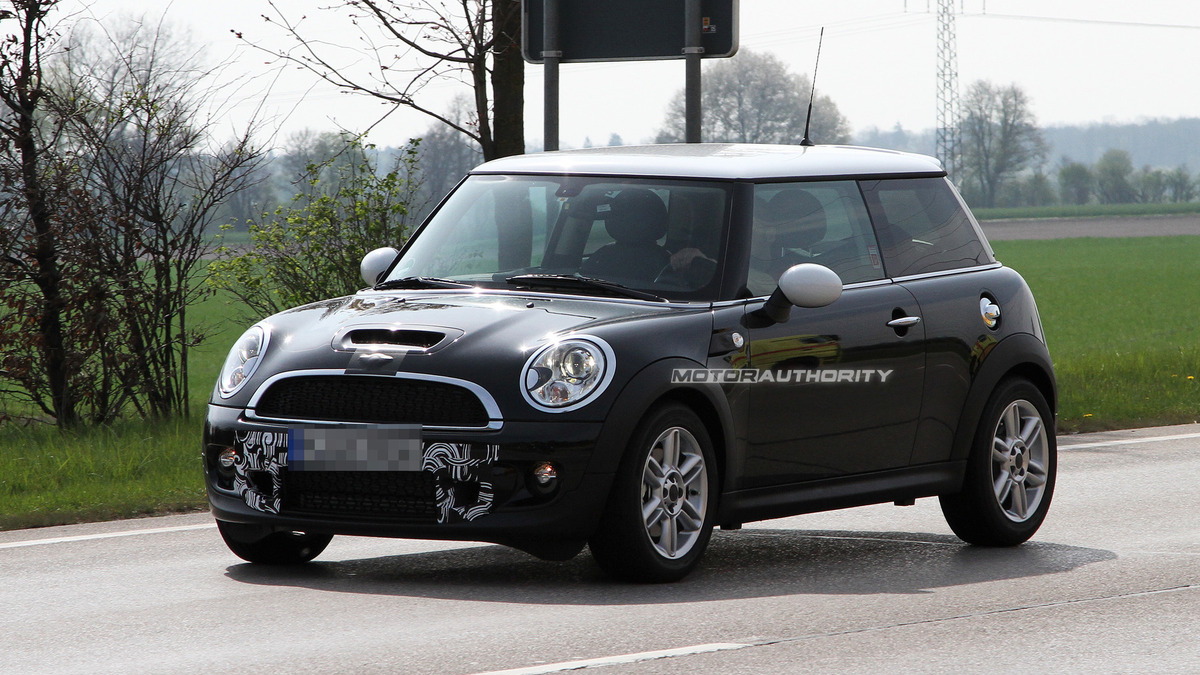 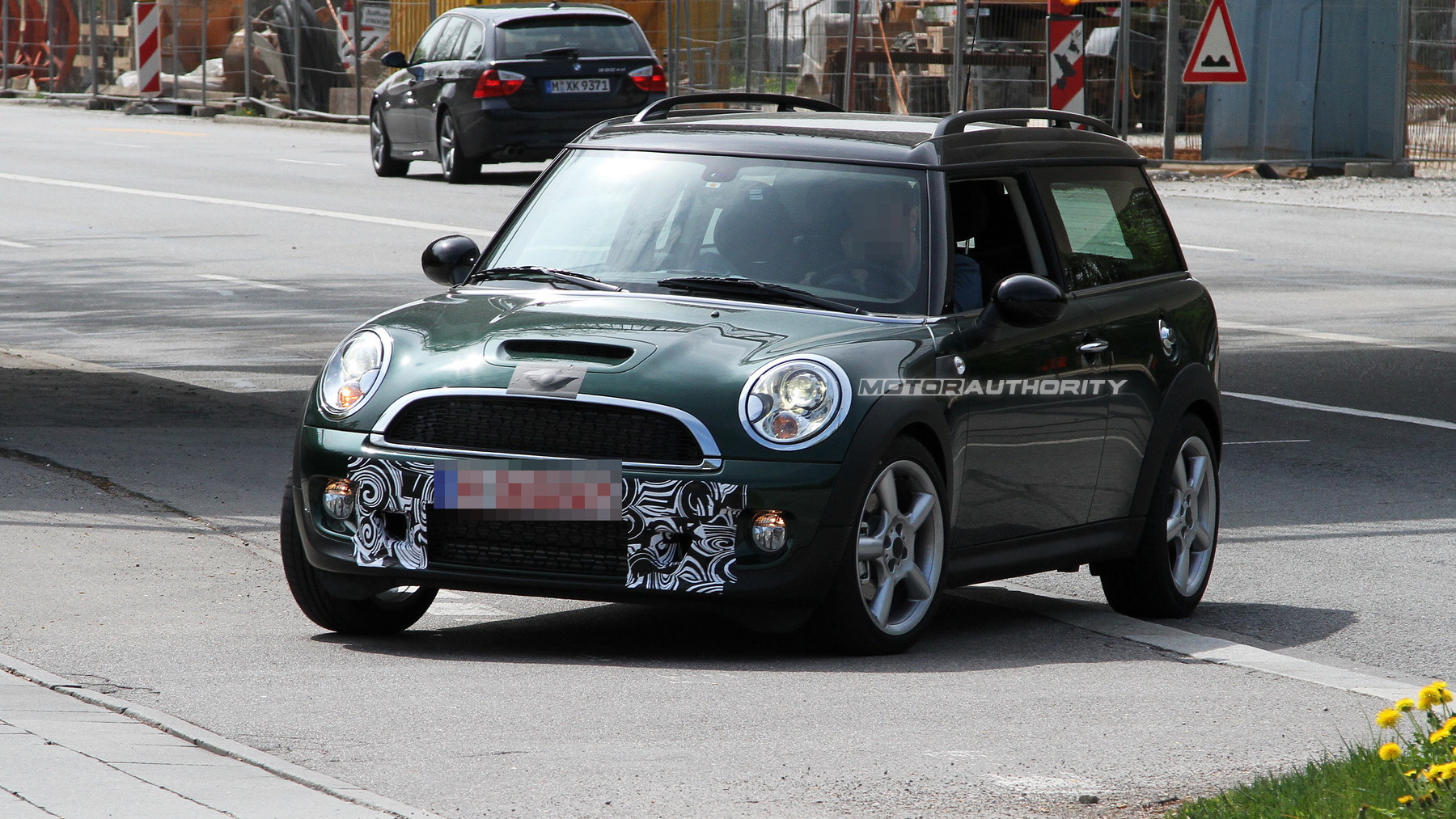 The 2011 MINI Cooper S and Clubmans S are due to hit the streets alongside the all-new 2011 Countryman soon, and they'll be wearing a slightly revised face. Our spy photographers have captured the car in testing, and it looks like the Countryman may preview what's coming to the on-road cars as well.

The air intakes and lower front fascia are the primary changes for both the Clubman S and Cooper S, and both are also due for a new rear-end treatment, including redesigned LED tail lights. The changes appear to be minimal, most likely intended to bring the entire lineup closer together so that the Countryman doesn't look so out-of-place.

Interior updates are also likely, as our spies saw covers over parts of the dashboard, hinting that materials or design changes may be coming to update the MINIs look behind the wheel. Upgrades to improve materials are the obvious move, though how far MINI will be able to go without significant price jumps isn't clear.

We expect the 2011 MINI Cooper S and Clubman S to make their debuts at the 2010 Paris Motor Show this fall, and Motor Authority will be on hand to bring them to you live.